Since everyone is at home under quarantine, I guess this is the best time to ask if you’re interested in learning about Bourbon Jesus?

To anyone who thinks I was referring to the Pappy’s or someone else, go back to lining up at your local liquor store. I’m talking about Jim Rutledge. Yes, I am singing his praises 5 years too late. He left Four Roses at the latter part of 2015. I may also be a few years early in saying this, as he hasn’t released any whiskey from his new distillery yet. It doesn’t matter to me though.

He was and always shall be my Bourbon Jesus. Why? I’ve never met the man but he has done a lot for the American whiskey industry. From working hard to help start the bourbon boom, to just making damn good whiskey. There are stories of him making visiting bars and trading new bourbon he made for the old Seagram’s blended (which is said to be horrible.) There are also stories of him going to liquor stores to sign bottles. In short, he wasn’t just the typical master distiller who only stayed at the distillery. He went out of his way to connect with people and preach the good word of Four Roses and bourbon. You could say he also saved Four Roses, as he made a point to move away from the blended American whiskeys Seagram’s turned to and instead; just make damn good bourbon.

Four Roses may not have been my first bourbon but it got me into bourbon. My first memorable bourbon was Buffalo Trace. I didn’t think of it much then as my palate couldn’t get past the oaky and sweet flavor. But the floral character of Four Roses’ Single Barrel grabbed my attention. I think it also tweaked my palate to appreciate bourbon and rye whisky more.

Little did I know Four Roses would also make me aware and open-minded to the wonders of yeast and randomness of single barrels/single casks. They’re transparent enough to reveal their two mash bills and 5 yeast strain recipes. This will always be one of their unique selling points as they can make 10 different styles of bourbon. In case you are new to Four Roses, you can check out and learn to read their recipes here.

Anyways, enough of my rambling. I’ll let the bourbons speak for themselves.

A very easy drinking yet multi-faced Bourbon. This is a very rewarding Bourbon to drink. It doesn’t overwhelm your senses with that heavy oak, vanilla and cinnamon flavor. This one allows a lot of flavor to strut about and express itself.

Sadly, I haven’t bought any more Four Roses ever since Jim Rutledge left. So, I can’t compare his releases against Brent Elliot’s. I also have to factor in the fact that this bottle of bourbon has been open for around 5 years. (I bought a bunch of Four Roses Single Barrels when Jim left.) So, the added oxidation will have affected this opening up.

It was good to return to this bourbon. It reminded me why I got into American whisky in the first place. I feel like I’ve committed a sin by not drinking Four Roses more often. I mean at $40 this is one hell of a steal. The average ages of the single barrels were said to have gone lower ever since Jim Rutledge left. But there are still younger, worse and more expensive bourbons out in the market, which aren’t as good as this.

On the nose: A much sharper greeting of ethanol. A quick whiff of cereal that gives to less floral and fewer rye scents. There’s a lingering light charred smell. I can still pick apart the floral notes into cinnamon, rye, BBQ sauce, sweet corn, strawberries, cherries and peppers.

In the mouth: Hints of chocolate and stronger notes of vanilla, cinnamon, maple syrup, coconut sugar syrup to go with the variety of the sweet floral notes. I get adzuki beans, strawberries, cherries, pink peppercorn, banana syrup, peach liqueur, anejo tequila and BBQ sauce. There’s a brief interval of hints of sharp and bitter notes like cloves, dusty wooden furniture and tannins. Then the floral notes are out again but in a shorter spurt.

Despite being a limited edition, this isn’t that much better than the regular single barrel. Especially since I paid more for this (¥16,000 in Tokyo). But I get it. This is of a different recipe and a single barrel at that. There is nothing unpleasant about this. What you get on the nose is also what you get in the mouth and more.

I really think I’m much more of a sucker for the OBS recipe. I’ve always preferred their single barrels more than the small batches. I was also able to try the Limited Edition Single Barrel 2010 which is an OBSV. It’s always somehow stuck with me. I only scored this higher than the regular ones because the flavors linger more and there’s more flavor layering.

Was this worth the price point? No. I bought this back in 2016 when I was still very much into whisky. So, I think this being a more previous release made it more expensive. Are Four Roses Single Barrel Limited Editions worth the price? I think they’re a steal at about or under $100.

*After this review, I feel like I should deduct 1 point each for each of the samples in my EH Taylor Small Batch review. 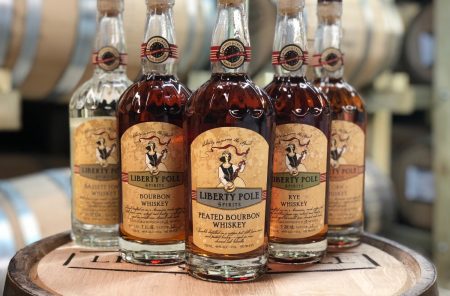