We’ve not yet covered Old Crow bourbon here at Malt, and today we’re starting with a bang.

Our inattention to this brand should come as no surprise, perhaps, given its exceedingly low profile. Befitting its status as a little-loved stepchild of the Beam Suntory portfolio, Old Crow has no website and no social media presence. Aged three years and bottled at 80 proof, the whiskey itself is a bottom-shelf staple. For reference, 1.75 L of modern Old Crow will set you back only $22, making it slightly more expensive than my value standby Evan Williams Black Label.

However, I’ve been gifted a trip back into time in the form of a rare old sample of, uhh… OLD Old Crow. Very Old Crow? Call it what you will; I’ll be using this dram to voyage to an era in which bourbon was beloved and Old Crow was the biggest bourbon of them all. First, though, it’s worth considering the history of this once-mighty brand and the missteps which led to its current reduced circumstances.

Old Crow is named for its creator, Scottish immigrant James C. Crow, who arrived in Kentucky in the early 1820’s. Dr. Crow was renowned for his scientific approach to bourbon making and particularly the management of the sour mash process, which ironically would become the undoing of the Old Crow brand. More on that in a moment.

Crow was so successful at improving the quality of the whiskey that his name became synonymous with a premium offering; thus, the moniker “Old Crow” was affixed to the output of his employer’s stills. After Crow’s death in 1856, the Old Crow brand was retained by his former boss Oscar Pepper. Pepper’s distillery changed hands several times through the end of the 19th century, during which process the trademark for Old Crow was moved to another company by Gaines, Berry & Co. in 1874.

The new distillery constructed by that firm in 1892 was named the “Old Crow Distillery.” Following Prohibition, both the Old Crow Distillery and the brand were purchased by National Distillers in 1934, under whose ownership Old Crow became the best-selling bourbon whiskey in the country by the middle of the century. The packaging for the bottle I’m reviewing describes Old Crow as “the world’s most popular bourbon.”

However, things took a turn for the worse when the recipe and production process were changed as part of a capacity expansion in the 1960’s. Though this is merely hearsay, rumor has it that James C. Crow’s original notes were discarded, resulting in an incorrect amount of backset being added to the new mash. Old Crow may have also changed yeast strains around this time; I’ve seen it alleged that the original yeast strain was lost. Whatever the truth, the new flavor profile resulting from these alterations turned off fans of the original Old Crow.

As a consequence, the brand went into decline and eventually passed to Jim Beam as part of the acquisition of National Distillers in 1987. The Old Crow distillery was shuttered immediately; production of the whiskey for Old Crow now takes place at Beam’s Clermont distillery.

Separate from the specific tribulations of Old Crow, the 1960’s marked the beginning of a challenging time for bourbon more generally. Whiskey consumption began declining due to the rise of vodka as a fashionable libation. More than one producer pivoted to the packaging of whiskey in novelty ceramic decanters as an attempt at goosing sales. These took many exuberant forms; I’ve seen all manner of birds and beasts, college football mascots, caricatures of sailors, Paul Bunyan, W.C. Fields, you name it.

Why sell one decanter, though, when you can sell 32 of them? This seemed to be the reasoning behind Old Crow’s Limited Edition Ceramic Chessmen set. Six unique decanter shapes (for each type of chess piece) can be combined in order to create a playable set. Old Crow even sold a 45” by 45” deep pile chessboard carpet, available for $22.95 in 1969 dollars ($161.41 in 2020 dollars).

These decanters (including the one from which this sample comes) date from 1969. The whiskey within them is ten years old, implying that it was made during the golden era of Old Crow, prior to the ill-fated changes. As a consequence, these are not merely desirable for the kitschy appeal of having the decanters on the shelf. Rather, the whiskey within is reported to be exemplary of the high quality seen during better times in the bourbon business.

The feedback of the decanters’ contents from those who have tasted them is generally supportive of their reputation as collectables. A sip from one of these chessmen was described by a prominent whiskey critic as “by far the best bourbon I ever put upon my lips.” Unfortunately, decanters can be a bit of a gamble, as storage conditions sometimes means the corks have deteriorated and the whiskey inside has seeped out or oxidized.

With incredible hope tempered by slight trepidation, I’ll now be glimpsing the distant past through the lens of this old, rare bourbon.

This is 10-year-old Kentucky Straight Bourbon Whiskey, though the darkness of the liquid is an indication that older stock was also included. It is bottled at 86 proof (43% ABV). The sample was generously provided to me by a Malt reader (thanks, Brett); he also took the accompanying photo. He informs me that these decanters change hands for somewhere on the order of $475.

On the nose: Gorgeous nose densely packed with aromas. Antique furniture, smoked sausage, flavored cigar smoke, and a saucepan of brown sugar simple syrup coming to a boil. A hint of rusted old wrought iron, the baked honey smell of graham crackers, and a whiff of tarragon. There’s some creamy oak in here, but it’s harmonious and well-integrated with the many other scents.

In the mouth: Very delicate in the beginning. This glides almost mutely through the front of the mouth with a terrifically faint taste of candied lemon peel and the airiest hint of vanilla. At the midpalate, there’s an improvement in both flavor and texture, as some polished wood notes meet a salty nuance and a wave of cream. At the top of the tongue, this blooms most fully with the flavor of crushed rose petals. This starts to quiet down again at the back of the mouth, lapsing back into raw brown sugar flavors as it slips off into the tart, lemon-inflected finish.

I’m tempted to describe this in terms of volume. It’s soft-spoken; not in the sense of lacking flavor, but rather in the sense of those flavors whispering, as though coming to us from the distant past. It’s lean, light, and airy in texture, though it’s got great character. The wood, in particular, was seamlessly integrated and emerged delightfully as an accent, rather than as an overwhelming force.

Given the variables (bottle condition, storage conditions, chemical reactions over several decades), I’d be reluctant to purchase or recommend the purchase of a bottle (at nearly $500) unless the provenance were good and the bottle itself could be inspected and the whiskey evaluated.

I am similarly reluctant to treat this small sample as a general indication of the quality of this whiskey in the year 2020. I enjoyed this on its own merits and as an educational experience. I’m not sure that slapping a score on this is useful, but I’ll do it anyway, with the understanding that it is limited to this particular sample from this particular bottle.

Most importantly: I’ll conclude by thanking yet another magnanimous benefactor for providing me the opportunity to share a great whiskey story with the Malt audience. We’re all richer for it, and I hope others with exceptionally rare and unique bottles will follow Brett’s example and make them available to others. 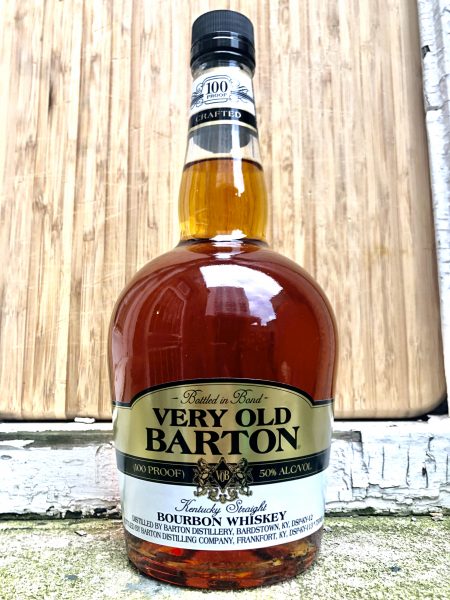