Today, I’ll delve into the murky world of blind tasting. This is an avenue of tasting that I don’t actually partake in much. Not through choice per se, more lack of opportunity. You see not many people run blind tastings here in Ireland. Even if you attend a whiskey club in all likelihood, you’ll get to see what you are consuming beforehand.

So, what’s the big difference between knowing what you are tasting and not knowing what you are tasting? Well, it removes prejudice and bias. That’s the theory anyway. It seems that we as a species are drawn to shiny things and are a sucker for packaging. I suppose that why brands invest huge amounts in branding (unless you’re Benromach… what’s with that new look?) because we can judge quality superficially… fancy branding, check. That’s a solid 2 out of 10 already!

Then, of course, if we have had a good experience with a brand previously, we may already be giving its new release an immediate head start because ‘we know’ it’s going to be quality…. just like the last one. Alternatively, if we have had a bad experience, we may go off a brand for life, unwilling to revisit it in case we suffer again at its hands.

Then, there’s the price. It’s a proven phenomenon that when the same product is placed before us but given two different prices, we often pick the more expensive of the two… this is known as the ‘snob effect’. Basically, when something is more expensive, we expect the quality to increase… ‘You get what you pay for, you know?’ In fact, as many of us don’t get to taste really, really expensive stuff on a regular basis, unless you’re Noortje, then we may fall back on the ‘price is a good indicator of quality’ logic.

Now we do have history here on Malt with blind tastings. Justine and myself blind-reviewed Glenfiddich’s new collaboration with Imperial Leather soap, the Fire & Cane. Then there was the doozy of a piece on the Springbank 15. Please read the comments section on that one… it’s really entertaining. I’m not sure what got more pitchforks raised and torches lit in anger… that or my Proper Twelve review.

Some highlights we’re being told that my palate was ‘objectively bad’, that someone had ‘made a mental note not to bother with Phil’s reviews’ and that I had revealed myself as an amateur and had diminished my other reviews.

Such comments could lead you into thinking that tasting blind is to be avoided for fear of embarrassment. Well, let me tell you a little story.

As you are probably aware from previous reviews on the same weekend of the Glasgow Old & Rare show in 2019, Malt co-hosted a blind tasting with San Francisco Whisky Club. All the drams were to be tasted blind. Now around that table were a few Malt team members, prominent IG’ers, vloggers and bottlers… but most importantly massive whisky fans and to a man, they had more experience than I did, especially with scotch. How many people were able to guess what they were drinking or where it came from?

One, single solitary person. Roy Duff aka Aqvavitae. Roy managed to pick out a Clynelish, or was the closest with the bottle possibly being from Brora as we know it today.

Did we all point fingers at each other, scoff and sneer because none of us was not much kop at actually correctly picking out distilleries? Of course not. The day was brilliant craic and importantly another day of whisky education and of broadening one’s palate.

If you think that blind tasting is only about being able to score brownie points for correctly guessing where the liquid came from you are far wide of the mark. It also doesn’t demean your palate if you can’t figure out where the liquid came from. It’s simply about judging the quality of a liquid stripped of all its extraneous parts… the brand, the labelling, the age statement, the abv and so on.

I mean if you prefer Jura Origin over a North Star Vega 40-year-old that’s entirely up to you.

Any blind tastings that I have attended have been great craic and I would recommend you try it sometime. However, I would disagree that it’s the only way to properly consider whisky.

I think that all of us on Malt have proved that you can be objective about whiskey even if you know all the details including price….in fact because value comes into our scoring then the price is useful to know. I mean on a personal level if I subscribed to the ‘higher the price the higher the quality’ mantra then I wouldn’t have scored a Redbreast Dream Cask a 5 out of 10, or a Green Spot 26-year-old a 4 out of 10 (€380 and £500 a bottle respectively). If anything, then a whiskey that comes with a high price tag means it has to work that much harder to elicit a good or great score.

The whiskies I’m reviewing today were given to me by Alex from San Francisco Whisky Club who do all their tastings blind and INSIST that it’s the only way to taste whisky properly and to be truly objective.

So, I’ll give you my notes, scores and guesses of what the samples were and then do the big reveal at the end.

In the mouth: a nice, creamy mouthfeel. Praline, lemon oil, coffee grounds and cocoa. Fresh tobacco and draft. Pencil shavings, raisins, milk chocolate and a fino-esque sherry character with some herbal notes too. The finish is of medium length with silky chocolate, dry sherry notes and cinnamon spice.

In the mouth: A nice oily, mouth-coating character here. Buttercream & pastry, fig, raisin & date with subdued cinnamon lozenges. Clove rock, aniseed & peppermint. Cocoa powder. Then coal tar and a chalky minerality. The finish was of good length retaining some industrial heft with a sooty finish that was minty too.

Well, that was an education. What surprised me most was that these were all Irish whiskies. I was confident about sample #3 but samples #1 & #2 are totally unlike there modern namesakes. Especially with the Redbreast 12-year-old I could see why Dublin Pot Still was so celebrated and sought after at the time.

Starting with the Powers – this was a lovely drop and a great historical journey back in time. There was a good depth of flavour but what struck me most was the dry sherry notes. The closest a modern Powers would come to this is John’s Lane but certainly, I think this was a more robust spirit whose only shortcoming was a rather short finish and compared to samples #2 & #3 just seemed a little timid.

The Redbreast 12 was super stuff. Quite a challenging whiskey to spend time with but one that certainly got you thinking. It bears absolutely no resemblance to modern-day Redbreast 12 displaying an industrial heft and oiliness that at present no modern Irish whiskey displays. Certainly, that industrial character is what led me down the Clynelish & Glen Scotia path. It was robust, characterful and forceful in its delivery and a joy to have tried.

Finally, the Redbreast 25-year-old from La Maison Du Whisky. Certainly, it showed how much modern Pot Still has changed from the days of Dublin lore. While still with a spicy, oily texture of its own it definitely lacked that dirty, industrial feel of the 60’s Redbreast. Saying that what a depth of aromas and flavours it displayed and I can see why it is often cited as one of the best Redbreast expressions out there.

In summary, then… don’t fear going blind. Embrace it, share samples with mates and don’t let them know what they are for the fun of it… who knows you may get a few surprises! 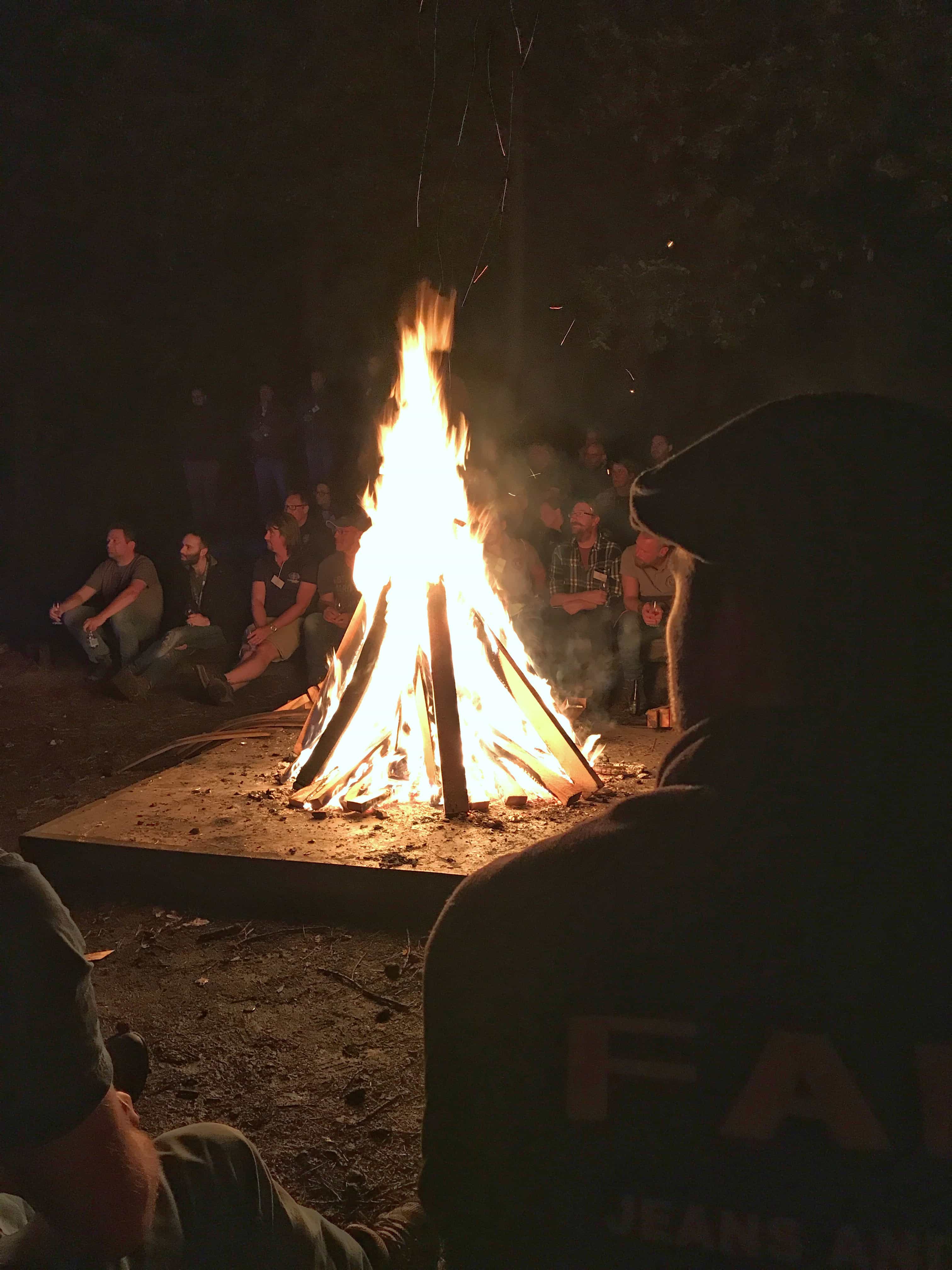