English whisky is really hitting its straps at the moment. I’ve written up 36 here on Malt, which isn’t even most of them any more, and doesn’t include the two Dartmoors that, at the time of writing, are eyeing me guiltily and reminding me that I owe Mark and Jason some notes.

What’s more, a good few of them have been pretty good. A small handful have been outstanding. All are on the young side – that’s only natural – but lack of age notwithstanding, there is some pretty well-made, considered, high-quality spirits sitting in casks from Cornwall to Yorkshire to North West London. More significantly, we’re now into double figures of distilleries whose product has hit the three year buzzer. Whereas a couple of years ago we were looking at whisky from Adnams and the English Whisky Company and Cotswolds and “maturing spirit” from anywhere else, we’ve now got albeit-barely-legal stuff hitting digital shelves all over the shop.

On which basis it struck me that the time was ripe for some sort of compare and contrast. Or rather I found myself having bought a selection of English whiskies, been sent samples of a selection more, and without the time to devote individual articles to each one. So it’s a fusion of curiosity and laziness, really, but a nice opportunity nonetheless.

Let’s introduce our protagonists. First up is the English Whisky Company, England’s elder statesman, but in rather different clothes than usual. Independent bottlers are the sign of a healthy industry – a tangible demonstration that someone besides the distillery themselves thinks there’s serious potential to what’s being made. In this case one Samuel Gulliver & Co, a family merchant established in 1747 and now revived as a whisky bottler by current generation Stuart Gulliver. To date he has bottled a four year old ex-bourbon cask and a ten year old ex-wine quarter cask, both utilising the English Whisky Co’s peated spirit which, as I have now opined several times, tends to be superior to their unpeated. Both are bottled at 47% and, on Master of Malt, the former is available at £57.95 and the latter at a rather spicy £92.95. A significant premium, it must be admitted on much of the distillery’s own range.

Next up is the Cotswolds. They’ve only had whisky on shelves for less than three years now, but in English whisky terms that’s pretty well elder statesman territory too. Two bottlings from them: one the core range cask-strength Peated Cask at £65, from their first batch of it in 2019, the other a special bottling done for their summer festival last year and aged in a Port Cask before bottling at 50% for £70-something.

Then, from opposite ends of the country, the two distilleries that, in my opinion, may ultimately emerge as England’s finest. We’ve said much about The Lakes Distillery’s various approaches which we don’t need to go over again here, but their single malt has generally been excellent as Mark and I have separately found. Having thoroughly enjoyed the Whiskymaker’s Reserve No.1, I’m looking forward tremendously to No.3. Though not as much as I’m looking forward to whichever is the first edition to be entirely Dhavall Gandhi’s handiwork from wort to bottle. As with previous editions this No.3 has a predominant cask history of ex-sherry, with a little ex-wine thrown in too. A bottle will set you back £63.95 on Master of Malt – the same as the last two editions and effectively the same as its direct competitors.

And lastly, from Bimber, the one I’m probably most excited about. Having written rather extensively about these North London folk over the last year or so, I’ve come to the repeated conclusion that ex-bourbon is my preferred Bimber cask type and that it has tended to show significantly better in solely ex-bourbon than rival English distillates of comparable age. So their latest release, the Ex-Bourbon Oak Casks Batch No.1 is very much the Bimber I’ve thus far been looking for. The first vatting, rather than single-cask, ex-bourbon Bimber and the whisky that head distiller Darius believes showcases their spirit to best effect. Exciting stuff, as I say, and the whisky community would seem to agree given the speed with which this expression sold out at £62.95. Bimber, generally speaking, has earned a reputation for excellence among even the most discerning and respected of critics, and don’t let the wilful controversialists tell you otherwise. Even John likes them, for goodness sake.

On the nose: Ashy, coastal smoke from the off, overlaying banana foam and vanilla. Perhaps a very little peach. Its youth is overt, but it gets away with it through those round, ripe aspects. A little fresh milk and cut grass. Certainly on the simple side.

On the nose: Depth! And maturity! Seriously, some of the dried fruit – even rancio, mushroomy – notes here remind me of stuff at least two and a half times the age. Meat jus, plum, leather and dark chocolate. Blackcurrant compote. Dried orange. Almost truffle. This is the best English Whisky Company nose ever by an absolute mile – certainly the most developed and complex.

On the nose: Young, bright and a little raw. Esters and alcohols still a little bit pokey. Custard creams, green apples, pear and old book dust. A little ashiness, but not much smoke. Another on the simple side.

In the mouth: Medium bodied. Peat expresses more here – beside that ashiness there’s an insistent woodsmoke character. Pencil shavings. Again the fruits are simple: apples, pears. A bit of vanilla. Sweet and straightforward and on the raw side – verging into distractingly so. Chalky, metallic finish with some heat from those young alcohols. This one simply needed more time. And I’m still not sold on using peated casks rather than simply peating the malt. Not my favourite Cotswolder I’m afraid.

On the nose: Nice marriage of wine and malt. Not enormous, but complex and harmonious. Cherry, wild strawberry and menthol. Unlit cigarettes, charred wood and rose petals. Even a little incense. It’s very beguiling and fulsome actually – nothing in excess.

In the mouth: Lovely texture; those red fruits are bursting – cranberries, raspberries, strawberry jam, sharper red cherry. Some vanilla and battenburg cake too, and a wisp of charry smoke. A little metallic, nails-esque tang at the death. It’s refined, medium-weight, balanced, ripe and very tasty.

The Lakes Whiskymaker’s Reserve No.3 – review

On the nose: On the winey end of noses – as with the No.1 edition the sherry seems quieter than the red. Blackcurrant, plum, black pepper. A little raisin and polished wood. Some high-toned, youthful alcohols poke out of all that decadence. Woody aftershave.

On the nose: The brightness of youth and alcohol springs out, but there’s nothing raw or acetatey here. Bimber’s classic oranges and peaches bring plump roundness of fruit alongside honey-drizzled branflakes, vanilla and pencil shavings. Beautifully clean, wood and distillate are very evenly weighted.

In the mouth: There’s more maltiness here than in other Bimbers I’ve tried. Branflake and barley. A little lemon syrup, ripe pear and fresh nectarine. The sweetness of syrup and honey and vanilla overlays it and, as ever, texture is superb. The fire of alcohol isn’t entirely accounted for by age and body, picking a nit, but this remains outstanding spirit and has been in very good casks. Lovely stuff – just needs an extra dimension to ascend into the epic scores. But miles ahead of England’s other ex-bourbons.

And, just for fun, in comes our in-house dour Scot with his mumblings on the Bimber:

On the nose: oily with ripe apples, a touch of cinnamon, raisins, a handful of uncooked rice and frangipane. This is pleasant enough and not screaming youth. Adding water isn’t really required, but brings out almonds and memories of Refreshers.

In the mouth: oily and viscous are the highlights, but it lacks the clarity of the nose. Shows its age not in a robust swipe, but rather the shallow nature of character. A subdued vanilla, sappy grapes and more apples. Water brings out more wood spice and some bitterness. Think I preferred it without, overall.

This is very drinkable, inoffensive and somewhat agreeable. It does feel a little flat on the palate; as if it’s waiting on the next leg of its journey. My gut tells me this needed longer to harness the potential, but in these lockdown times, revenue and sales are the saviours of the day. The foundations are clearly in place, but the exterior is far from finished. So, let’s keep things in perspective and not get swept away, and let Bimber focus on meeting some lofty expectations.

A real variety, both in style and quality. I’d never have expected the oft-patchy English Whisky Company to have made the best whisky in this bunch, but that 10 year old Gulliver’s 47 is wonderful. Drinks far older than it is – even at a very chunky price it’s a wholehearted recommendation from me. Just a tremendous showcase of malt and cask and peat and time. It’s the most complete English whisky I’ve tasted. As for the ex-bourbon variety, I think I’d stick to the distillery’s own fare, or to some of the other, older ex-bourbon peated EWCs drifting around in the independent circuit.

Cotswolds was similarly a game of two halves. I’m just not fully convinced by ex-peated casks, and the spirit didn’t feel quite ready yet. I was reminded of the single cask from the World Whisky Forum that I reviewed a couple of years ago. Meanwhile the Summer Festival release was just a glassful of joy. Big spirit, big fruit, loads of fun. Just what Cotswolds has, at its best, been all about.

Lakes – another solid offering. I’d certainly consider buying a bottle if I didn’t have a rather full wishlist at the moment. If you enjoyed the first one it’s certainly worth a punt. I remain very excited for the first all-Dhavall spirit to come online, but these Whiskymaker’s Reserves are great fun in the meantime. More please.

The Bimber’s lovely, though not quite in the tasting-the-stars league of some of this distillery’s other offerings. That said, I’m generally more excited about vattings than single casks and I think they offer a clearer blueprint of the work in progress. As more of their stock comes of age, next on my Bimber wishlist will be a vatting across different cask types; I can’t wait to watch them continue to build a house style.

England, much as my more-northern-based editor might begrudge it, remains a very exciting prospect for whisky drinkers. As stock continues to mature and stylistic variation continues to expand, I can only see it becoming more so.

Thanks to Stuart, Bimber and The Lakes for sending samples.

Lead image from The Lakes, Cotswolds photograph from The Little Whisky Shop, Bimber from Bimber. And there are some wonderful commission links above, which don’t affect our view whatsoever. 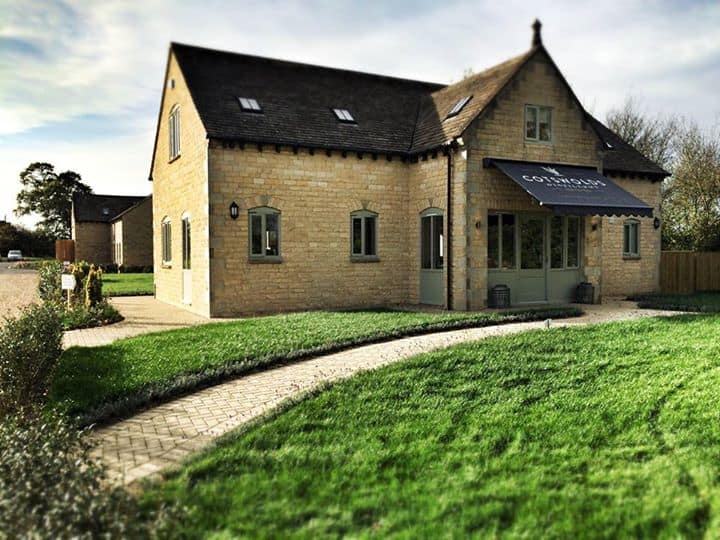