Tasting in the time of COVID…

Jason mused about the challenges and opportunities of this format, which the industry has embraced with gusto. We’ve already been treated to socially-distanced tastings of Adelphi, Bimber, Bladnoch, and Isle of Raasay. At this point, if you haven’t participated or been invited to participate in a tasting via the world wide interwebs, I’m starting to suspect you either don’t like whisky, or you’re not adhering strictly to health and safety guidelines. Joining the (virtual) party, today I’ll be recapping a tasting of Aberlour, albeit with a slight twist.

You see, this tasting was not only virtual but blind, offering the unique opportunity to embarrass oneself digitally in front of a crowd of strangers. Though everyone was on mute, I could imagine the mocking guffaws that would have greeted each naff tasting note or incorrect answer to a trivia question. On the positive side, wearing trousers was strictly optional. While I did my duty by donning some gym shorts, I have reason to suspect that one or more of our hosts might have been rocking only their Y-fronts just beyond the frame of their webcams.

Speaking of our hosts: this tasting was organized by Aberlour brand ambassadors Gemma Cole, Brian Sykes, and Chicago-based Callum O’Donnell, the latter with whom I became personally acquainted in the before times. In terms of preparations, a box arrived in the post with admonishment not to open prior to the tasting, for fear of spoiling the fun. I duly obliged and, cracking the seal just prior to the start of the event, I found a pair of Aberlour-branded Glencairn glasses and two samples marked “Blind Tasting #1” and “Blind Tasting #2.”

The thirty-or-so participants were divided into two teams, being assigned to each of the brand ambassadors responsible for conducting the tasting and cheering us on. My sometime collaborator and full-time correspondent Kelli (d/b/a Whiskied Wanderlust) joined me on team Callum; the goal of each team was to amass points by correctly answering questions and, ultimately, successfully identifying the whiskies on offer. The prize for the winning team would be a pair of 375 ml sample bottles of 12 year old whisky from an ex-bourbon and ex-sherry cask, respectively.

I’m sad to say that Team Callum didn’t emerge victorious. However, we still had a bit of fun and, most importantly, got to sample a few whiskies from Aberlour, a distillery to which I am generally positively predisposed in both its ex-sherry and ex-bourbon incarnations. To give you a sense of the experience, I have provided my blind tasting notes for each of the drams considered, with their identities revealed in the conclusion.

On the nose: Bursting with tropical fruit, there are abundant notes of pineapple and mango to start. A sweet vanilla aroma soon emerges, as well as some spicier woody notes. Banana taffy appears after some time in the glass, which also allows this to bloom with smoked spicy notes of Hungarian paprika and a very subtle wisp of black licorice.

In the mouth: Delicate texture on the entrance; this tends toward citric, but in an exceedingly subtle and understated way. Some more dilute flavors of melon carry this toward the middle of the tongue, where it perks up with a nutty note of salted cashew and some polished wood. This lingers with a note of burnt candle wax and a drying sensation. Callum highlighted a chocolatey note in the virtual tasting, which I sense in the mildly lingering flavor of cocoa.

At first, this presented very similarly (on the nose) to the A’bunadh Alba, particularly with regards to some of the exotic fruit and creamy vanilla notes. The palate showed this to be a false tell, however, as this was obviously lower strength than that expression.

This was identified (by the other team, lamentably) as the 16 year old, which retails for $85 near me, or currently $114.99 via SharedPour. This now comes to us at 40% ABV, which is interesting in that Mark previously reviewed the 43% version, calling it “a bit of a classic.”

Though this expression is said to be “double cask matured,” I sensed much more of the bourbon barrel influence relative to the sherry cask. While those looking for a Speyside sherry bomb are advised to seek elsewhere, this still had a nice breadth of flavor and good balance throughout.

Moving along, we have blind sample #2. Being able to eliminate one expression from contention, let’s see if there are any strong indicators of this dram’s identity?

On the nose: Much more of a darker profile, this has sultanas to start, accented by an exceedingly slight note of sherry cask funk. Allowing this to sit in the glass for even a little while yields a marked improvement, particularly as the midrange of the nose fills out with more generous fruity notes. I am sensing a hot, volcanically rocky scent of lava, as well as some scrumptious aromas of cherries and chocolate fudge. With enough sniffing, I am picking up some meaty notes of a dry-rubbed pork tenderloin, as well as a much more pronounced licorice note compared to the prior dram.

In the mouth: Sedate to start, this builds momentum as it climbs up the front of the tongue. I’m most intrigued by this as it comes together in the middle of the mouth with another black licorice and anise note. This disappears rather more quickly than I would like, with a faintly nutty note yielding way to an earthy, drying sensation that creeps along the top of the mouth.

The nose promised all manner of sherried goodness, with plenty of rich enticements in the form of fruit and spice. However, this didn’t really carry through on the palate, where a somewhat dessicated mouthfeel and only sporadically expressive flavors left me wanting more. There were no flaws or off notes here, just an overall sense of some empty spots or missing pieces.

This was revealed to be the 18 year old, which carries a retail price of $120, is bottled at 43%and now retails for $177.99 via Shared Pour. Interestingly, I thought the prior dram brought more flavor and a better overall mouthfeel, despite a few percentage points lower ABV. The “double cask matured” description is more convincing here, as I am getting more classic sherry cask notes, though the overall presentation lacks in comparison. Combined with the nearly +50% price premium compared to the 16 year old, I am docking this a point.

I love when this happens: a lower age statement with a lower cost bests its elder at a price premium. Adding to the fun is that the former was presented at the legal minimum 40% while the latter, though a far cry from cask strength, was at least nominally higher in potency. This is a case in which the blind tasting format, despite its many potential pitfalls, allowed for these to be evaluated without preconception, and with pleasantly surprising results.

As for the event overall: I think the blind tasting, combined with the friendly competition, worked well in this instance. Rather than passively absorbing someone else’s sales pitch, I was forced to engage my critical faculties and form my own opinions about what I was tasting. Separate from the result, this created a much more interactive experience, paradoxically so considering the technological barrier separating me from the hosts and other participants.

So, would I be amenable to another virtual tasting? Indubitably, which is a good thing seeing as this pandemic shows no signs of abating to a degree that would make the mass in-person style feasible. I’d go as far to suggest that others borrow from the Aberlour playbook and create a program which not only elicits the audience’s participation, but makes it an essential component of the experience. Cheers again to Gemma, Brian, and Callum for the invite and samples.

There are commission links within this article for your convenience if you wish to support Malt and make a purchase. 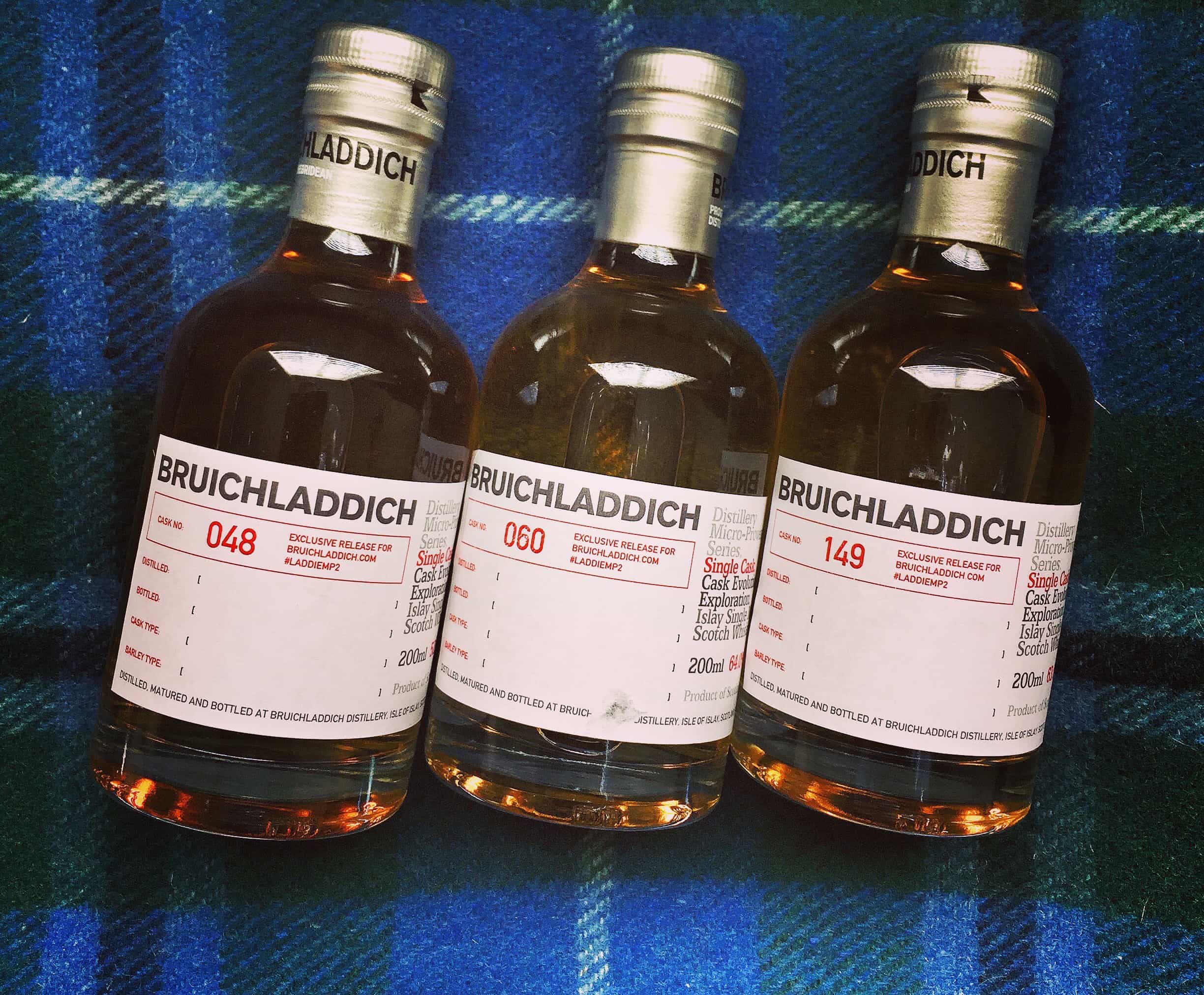