One of the classic industry yarns is that it’s all about the wood. You know the one. The wooden vessel is the centre of attention and deservedly so, providing anything upwards of 70% of the flavour, depending on the storyteller. But wait there’s more…

Heard the one about yeast doesn’t matter so it’s standardised? The barley and the soil don’t matter, as these things are destroyed during distillation to build something new out of the carcasses of their existence? Again, these tales exist because of the agenda. The message that what you have in your glass right now is the best it possibly can be. Made with the utmost care and endeavour. Built upon hundreds of years of knowledge, trial and error.

Someone, somewhere, once said that money is the root of all evil. In whisky or whiskey, money is the root of creating the status quo we have today. Mass production. Efficiency. Scale. Each and everyone at the expense of the final product. The flavour. The aroma. The experience. Sanded down and streamlined into something palatable, consistent, but lacking soul. If you listen hard enough, you can sometimes hear a whimper, an echo of the past in releases today.

Now, let’s not ignore the point that a large proportion of the market is happy with the current way of things. They have the consistency, availability and affordability that some of these practices deliver. They are happy. And at times I can see the cosiness of reaching for a reliable dram when you don’t want anything beyond a mere hug.

It’s also true that not everything bottled in the past was a unicorn or tremendous. I’ve had some very dull and disappointing whiskies regardless of when they were bottled. However, for an increasing number of us, we want to break away from the confines of this corporate whisky environment and safeness. We want to unzip the security blanket and throw ourselves down the rabbit hole.

Depending on how far you wish to venture and what extremes you want to discover: there’s something for everyone in this other realm. From single cask Jura’s that surprise in a good way, rarely used heritage grains, funky yeast strains, massive fermentations, extreme peat to casks made from endangered trees. It is a wonderland that can thrill, entertain, disgust and inspire in equal measure. Today, we’re going to tick the wood box, because today on Malt, it is finally all about the wood. Oh, I can hear the cries of rapture from the onlooking Macallan demographic. Yes, the wood, that wood. More specifically the Garryana or Garry oak, Quercus garryana, Oregon white oak or Oregon oak, which is native to the state of Washington. Time for a tree photograph.

We’ve spoken about our admiration for Westland and what they’re doing. Since being acquired by French drinks producer Rémy Cointreau in 2017, who also own Bruichladdich, we’re starting to see more widespread distribution for its wares, which includes this 2019 edition of the Garryana series.

This ongoing annual event has allowed the distillery to explore the impact and potential of this rarely seen tree in whiskey. The 2019 instalment is the 4th in the series and brings into the mix the element of sherry casks. In total, 5 types of cask were utilised featuring ex-Rye (29%), ex-Bourbon (29%), Garry oak (19%), PX Hogshead (16%) and refill Garry oak (7%). Belgian brewer’s yeast was utilised for the fermentation, with a maturation time of between 44-75 months for this edition. The tree itself is by nature difficult to work with. Prone to warping and cracking with Oregon State University providing a detailed breakdown of its characteristics. In particular, it’s the tannin levels that require consideration and why a 100% maturation in this type of oak might be a step too far.

Because of the tree scarcity, this release isn’t cheap and is limited to 3750 bottles in total. In effect, a limited release in the truest sense. Taylor once asked me what I constitute as a limited release? A simple answer in my mind, because of the existence of an outturn number: without this, it’s about as limited as the number of stories Jim McEwan can recall i.e. infinite. Bottled at 50% strength, this Garryana will cost you £159.95 via Master of Malt, or The Whisky Exchange demand £165 for the experience.

On the nose: initially a bourbon arrival with the vanilla and caramel foundations. You’re left a little disappointed, but this is only the opening. We move into the rye black spices, underpinned by this wooden density, before the whole carnival turns up. Like Kirkcaldy’s Links Market things are hectic and joyful. Blood orange, grapefruit, mustard seeds, blueberry muffins. Complex and illusive. Pencil shavings, cherry, clove, dusty corn and chewing gum. A fun experience.

In the mouth: not what I was expecting at all. A lightness of flavour and texture. Shambolic in a good way, as the party reaches the wee hours. Honey and banana sit nicely alongside a vanilla caramel, before things go a bit mental. The blueberries return, some pancakes, baked apples, rye spice and the wood never takes over, or threatens to here. The sherry influence is more noticeable now with walnuts, blood orange and apricots. It’s almost like 2 whiskies in one bottle, trying to fight for control and to be heard. A real mix mash, but quite a ride. Don’t add water as the carnival is fragile.

This is the liquid form of Northside’s classic 90s tune Shall We Take a Trip. Bonkers in parts and thrilling in others. Maybe there’s one cask type too many here, but really who cares? This is fun and somehow, hanging on for dear life, it actually works!

The nose is hugely enjoyable and a source of surprise and amusement. The palate I had anticipated more weight and robustness. Instead, there’s a carnival of flavours with each fighting to be heard. It should be a car crash of a whiskey, but somehow it actually works out in the end. I’d have preferred a slightly higher strength yet this Garryana is bringing a twist to proceedings and a touch of madness.

Price wise this isn’t cheap. I’m considering for the entertainment value that a mere sample has provided it might be worth it. Especially given the mundane nature of 80% of whiskies nowadays that feel safe and stick to the agenda. Shall we take a trip?

Lead photograph kindly provided by The Whisky Exchange, others from Westland, with a generous sample provided by Jess. There are commission links above if you want to check out this specific release. 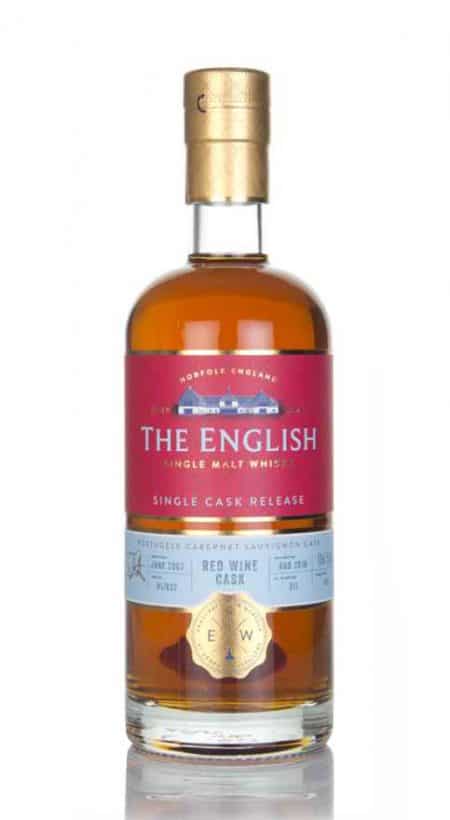 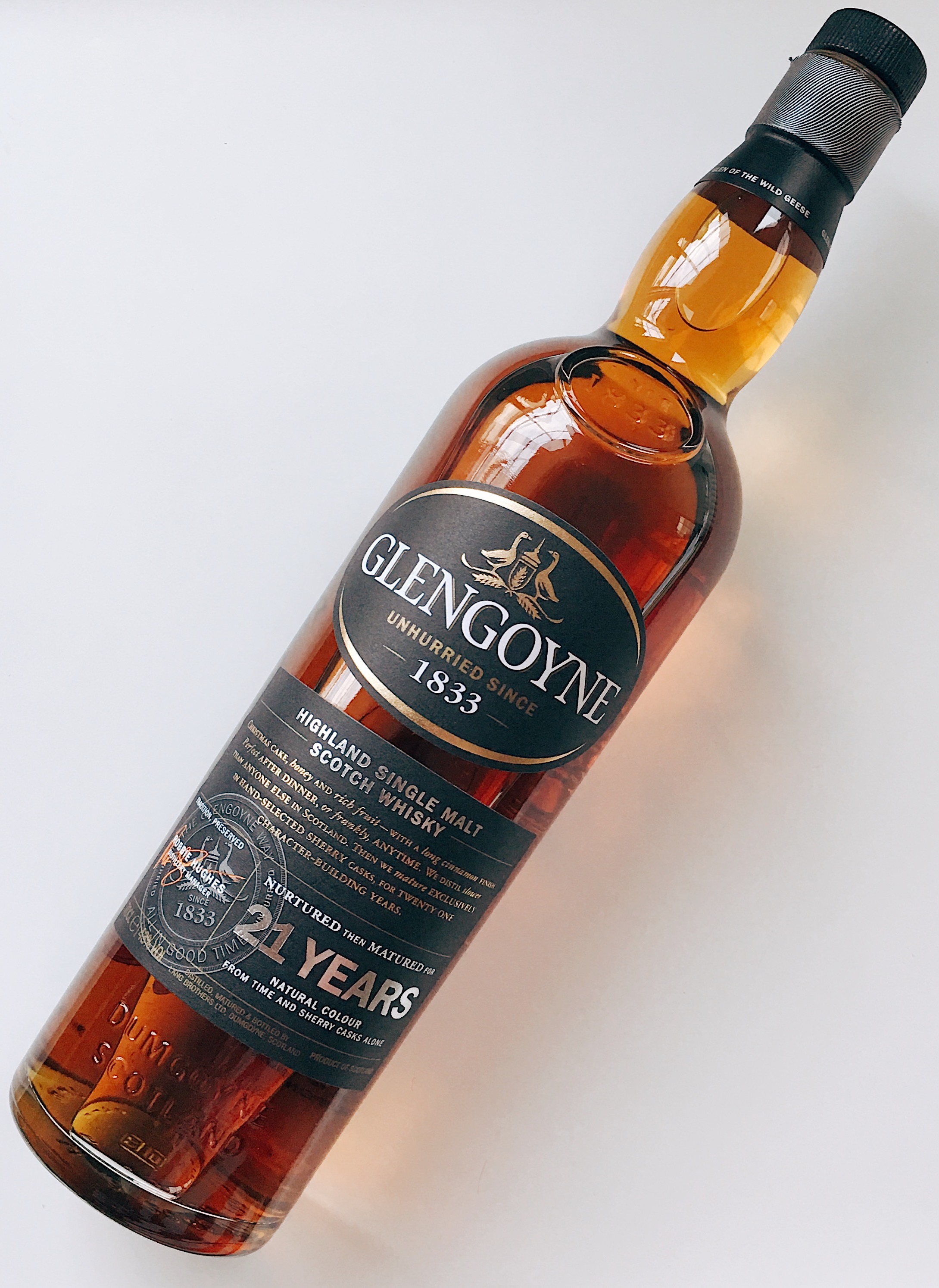