The Godfather 2, Fidel Castro, cigars, Scarface and Bad Boys 2. These are the strongest Cuban references I experienced growing up. But more recently, I’ve added Cuban rum to that list.

I’ve noticed that, among Americans, there is a fascination with things Cuban. I have heard of claims that Cuban cigars are the best. I’ve seen posts claiming Americans having spent $100 on a bottle of Havana Club 7 (pre-normalization of relations between the US and Cuba) from the secondary market. Is it really just a matter of a forbidden fruit tasting better? Or is it another part of American culture an outsider just doesn’t understand?

There’s an ongoing trademark war between Pernod Ricard and Bacardi around Havana Club. One of my other favorite rum writers, Paul Senft, wrote a detailed accounting of it. The picture of Havana Club below may confuse some American readers, as they’ve most likely only seen the Puerto Rican Havana Club made by Bacardi. I’ve never had any, but I’m told by other rum geeks that Pernod Ricard’s is better.

Again, I’d like to thank the Cocktail Wonk for his detailed work on making Cuban rum less mysterious. You can see his articles here and also here. The two pieces are pretty damn long, so I’ll just summarize what I think are the main and less technical points.

Cuba adopted a Geographical Indication (GI) for its rum in 2013. A GI basically dictates the regulations for how a product, rum, in this case, is made. The document was apparently written in Spanish so it’s called Denominación de Origen Protegida or DOP. In English, it translates to “Protected Designation of Origin.” Their DOP states that:

1. Cuban Rum must be made from Cuban grown sugarcane.
2. Molasses containing sulfur dioxide cannot be used for the fermentation process. There’s also a mention of a carefully guarded yeast strain.
3. Cuban rum has at least two aging ages. The first part is the aguardiente must be filtered after the first two years of aging.
4. They must be aged in white oak barrels of 180L to 200L.
5. The barrels must have already aged another spirit which will most likely be whisky (bourbon).
6. After the (charcoal) filtration, the rum is blended with high proof distillate to be aged further. Cocktail wonk notes the ff: Premium rums undergo a third aging period. The DOP is clear that this final aging is performed in the oldest, most neutral barrels available. It also highlights the practice of holding back some of each batch, aging it yet again, and blending it into future batches of the same expression. (The Havana Club people told me this is done with Havana Club 7.)
7. Maximum allowed bottling proof is 41% abv. (I guess we now know why they don’t release anything cask strength or any 43%/46% rum.)

On the nose: Very fiery with undertones of bananas, toffee, caramel and coconuts.

In the mouth: Much more well-rounded as compared to the fiery nose. A mix of bananas, coconuts.

Some of you may be wondering why this is so light in color despite the 3-year age statement. This is a result of the charcoal filtering mentioned above. This is also another reason to scrap the color classification for rum. There are just too many rum producing countries out there that there will be too many different styles of production. It doesn’t work to box in a category of spirits based on its color. In case you missed it, you can see it here. This is also another proof that older does not mean better. I’ve had more and better-unaged rum.

I’m not even going to give this a score. Giving this a score might just ruin it in the eyes of people getting into rum. This is not a sipping rum. This is for cocktails such as Mojitos and Daiquiris and it gets the job done.

On the nose: An immediate sensation of fiery molasses and muscovado syrup. Which is followed by some sort of cherry coke after. It suddenly mellows out and gives off flashes of honey, vanilla and cinnamon. There’s a lingering sweet tartness there I can’t pinpoint.

In the mouth: A bit more mellow here compared to the nose. This has a bit of a moderate burn despite the low 40% abv. There’s this lingering tartness again which makes me think of cherries and muscovado syrup. I get hints of toffee and caramel. After more swirling in the mouth, I get some coconut syrup, hints of cinnamon syrup and vanilla. At the end are bits of cloves and peppers.

I remember this being blander and having a lighter flavor. In saying that, I like this much better now. It doesn’t hit the spot in terms of complexity, body and flavor, but it is tasty and pleasant. It will do in a pinch. This doesn’t get talked about much due to the rise of more compelling rum from places like Jamaica, Guyana and Barbados, but this still deserves attention. It’s one of those few unsweetened and primarily column distilled light style rum with an honest age statement in the market. It’s also only $14 too. So, there’s little to complain about.

Always read the text at the bottom. Some out there don’t want to tell you that they are making commission from any convenient links if you decide to click and purchase. But we do, if you wish to explore Cuban rum further. 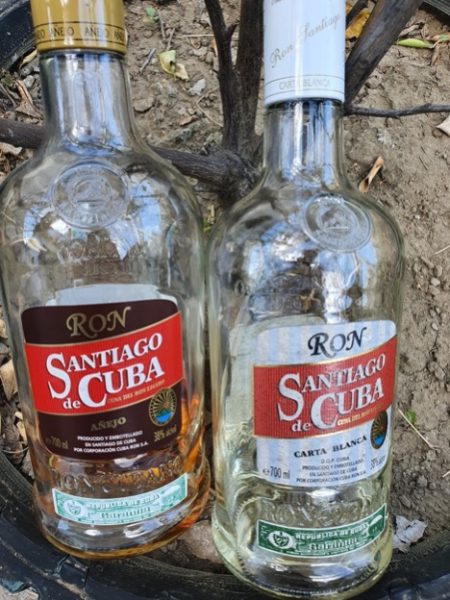