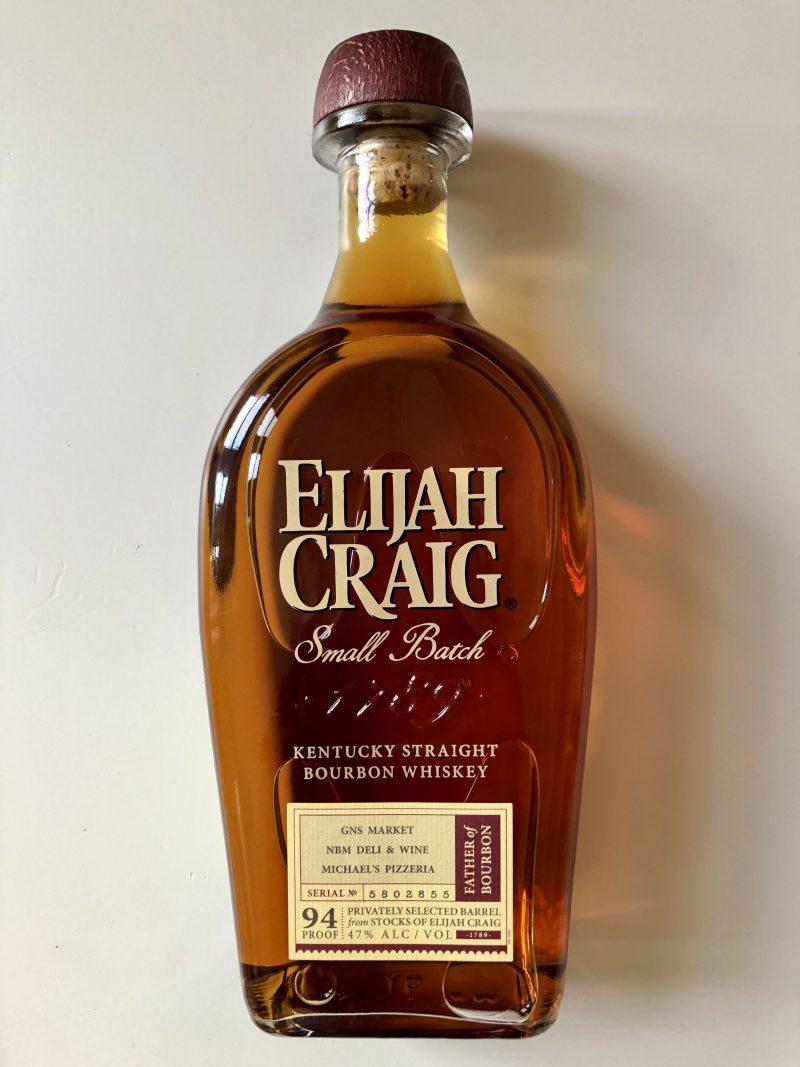 I don’t think there’s a bourbon whiskey brand that has ascended my personal league table more strongly than Elijah Craig. Judging from what I am able to see and read on social media, I am not alone in terms of my waxing enthusiasm for the Reverend Craig. Heaven Hill has been making all the right moves with this name lately, including the release of a toasted barrel (currently a “flavor of the month” among bourbon lovers) and a steady stream of full strength releases.

Speaking of full strength: after an inauspicious start in the form of a very “meh” bottle of the standard Small Batch, I had more or less sworn off Elijah Craig in favor of its Heaven Hill stablemate (and my personal favorite) Evan Williams. Thankfully, I was peer pressured into trying a batch of the Barrel Proof expression, which knocked my socks off and comprehensively redeemed this marque for me. I’m a fan of bourbon presented at high proof without chill filtration, so this should have come as no surprise.

What did surprise me, however, was how much I enjoyed revisiting Elijah Craig in its various 94 proof incarnations. For example, a bourbon group I’m involved with did a stunning 10-year-old barrel pick from the Deatsville rickhouses, said to be the favorites of Heaven Hill’s erstwhile master distiller Parker Beam. Though I can’t review it for you here (given the conflict of interest), I’m happily sipping away at the bottle and am contented to have another three in the cupboard. There’s great flavor and texture throughout, despite the fact that it was diluted down to bottling proof.

I can therefore credit Elijah Craig with rekindling my interest in lower-proof bourbon. This is not for nothing; a preoccupation of mine, discussed here (several times, actually) is the havoc that industrial-strength whiskey can wreak on a palate. Once becoming accustomed to the forceful punch of the heavyweights in the 120-proof-and-up division, a return to welterweight whiskey can seem like step down, particularly with respect to the textural aspects of the experience.

However, as with all things in life, there’s a trade-off here. I have found that the all-encompassing mouthfeel of extremely high proof whiskey can actually crowd out some of the subtler flavors contained therein. Empirical evidence of this phenomenon can be obtained by adding a little water to a dram and noting the “new” aromas and flavors that emerge as a consequence. While I retain my general preference for less monkeying around with whiskey (including, but not limited to, dilution), I am more open minded about lower proof whiskey, particularly when it comes recommended – or selected – by a trusted source.

Speaking of trusted sources: since I first reviewed a store pick from GNS (their precocious 9-year-old Knob Creek), the business has increased the intensity of its whiskey selection program. It also added a social media presence in the form of an Instagram account. This has been a mixed blessing, at least from a customer’s perspective. It’s now easier to find out about their barrel picks, which means more folks know about them, which means they sell out more quickly. However, the policies of placing desirable bottles on the shelves and pricing them fairly persist, and as a consequence I am I happy to continue to support them with my custom.

With all of the above as prologue, you’ll not be surprised to learn that I picked up a bottle of their Elijah Craig store pick as soon as it caught my eye. This is from barrel serial number 5802855. The store’s Heaven Hill representative kindly informs us that this was from the sixth floor of rickhouse O on the main Heaven Hill campus. Barreled on 9/3/2010 and dumped on 6/17/19, this whiskey comes to us at the age of eight years. Bottled at the standard Elijah Craig Small Batch bottling strength of 94 proof (47% ABV); I paid $30 for 750 ml.

On the nose: This smells very all-together, in the sense of the elements having knit well and tightly. This makes them hard to pick out individually, but some concentration allows me to produce the following list: vanilla, clementines, banana taffy, damp metal, clods of dry earth, red licorice, eucalyptus, red rocks, chocolate cherry fudge. If this doesn’t seem to follow a logical progression, it’s because these aromas don’t present themselves in isolation, but rather swirl and disappear and re-emerge in a fascinating way. It’s got some unmistakable Heaven Hill elements, but I’m not certain I have ever experienced this form of presentation from the distillery before.

In the mouth: Dry entrance, with a chalky and mineralic mouthfeel of limestone toward the front of the tongue. This takes on some green and tannic flavors as it moves toward the center of the mouth. The high point comes in the middle of the tongue, when a tart citric note of Meyer lemon is married with some salted cashew flavors and a sweet oakiness. This quiets down as it moves into the finish, with a lingering flavor of candied cherries, some iodine, and another mineral note, this time less austere and more subtle. All through the mouth, there’s a warming sensation that makes this feel more potent than the stated 94 proof.

A well-above-average whiskey for a below-average price. Though the flavors are subtle, they are present, diverse, and distinct in a way that is a marked improvement over the retail shelf Elijah Craig Small Batch. This is a convincing argument for the store pick format generally, Elijah Craig barrel picks more specifically, and continued patronage of my local whiskey bodega-cum-boutique most of all. I’m very satisfied in both the intellectual and hedonistic senses, and am happy to award this a solid score as a consequence. 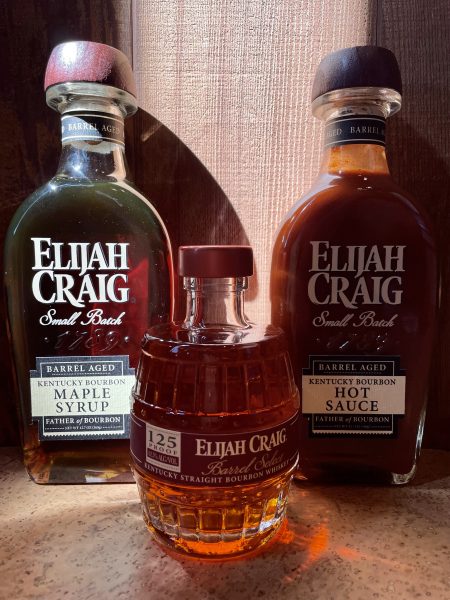 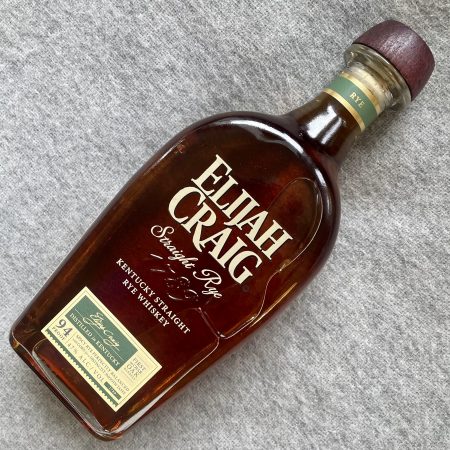