The quote above from The Wire refers specifically to building the case against Avon Barksdale, it remains true throughout the show. It also demonstrates why it is one of the best shows in history and alludes to its superb world-building, acting and script. Each season introduces different aspects and problems of the city of Baltimore, so eventually, we know how everything works—or why something doesn’t work—and how everything affects each other. This show wasn’t so simple as to make the cops good and the criminal elements bad. There were a lot of gray areas. I guess this brought some sort of consistency, yet freshness, to every season.

Shiiiiiiiiiit. All the pieces matter. I think this is something the majority of the industry has forgotten or doesn’t want us to realize. A lot of contemporary shows start with a few good seasons, and then changes happen. The script slowly gets less attention, while the flashy scenes get better effects. (Game of Thrones, anyone?) I see a similarity of this in the spirits industry, especially whisky. While there was once more emphasis on the raw material, fermentation and distillation, the emphasis (of marketing) now centers on aging and the different types of casks. We are told that the type of barley doesn’t matter. The fermentation times are downplayed. All the glitz and glamour are in the age statements, the marketing story and type of casks. Bunk Moreland did say in season five that “the bigger the lie, the more they believe.”

After finishing The Wire a few years ago, I learned that journalists, not scriptwriters, wrote it. Maybe it’s the people working in the distillery themselves who should be in charge of making the spirit, instead of suits sitting behind desks.

One company that doesn’t seem to have this problem is Worthy Park (WP). While WP is better known to rum fans as a rum distillery, they were a sugar estate first. It started in the 1670s and they never stopped being a sugar estate; meanwhile, they made rum from 1741 up to 1962. They only started distilling again in 2005.

Not a lot of people know this yet, but the decline of the sugar industry has affected its rum counterpart since most of the industry source their molasses from sugar companies. While molasses is merely seen as a byproduct of sugar production, the quality of molasses can affect the quality of rum. The more molasses gets stripped of sugar by sugar companies, the lower its quality for rum production. It’s said that at one point, half of the land in Jamaica was dedicated to growing sugarcane. The decline of the sugar industry has even made the Diamond Distillery import molasses, despite Guyana’s reputation for sugar. Thankfully, WP has 10,000 acres of irrigable land dedicated to growing sugarcane, and this doesn’t even count the plots they rent close to the estate. Consequently, WP has no problems sourcing and guaranteeing the quality of molasses for rum production; they can supply it for themselves.

So far, WP only has one still, a double retort pot still, so they make more sugarcane than they can use. All molasses in Jamaica are sold to Caribbean Molasses (a consortium of sugar producers), who in turn sell the molasses to other distilleries.

There are around 20 cane varieties grown in the estate, but three are most common. A field is cut once per year, and there are about a hundred plots which are burnt and cleared after every harvest.

Unlike the Trelawny-style Jamaican rums, WP does not use dunder and muck pits. This means they’re not going to be as funky as Hampden and Long Pond. What makes WP stand out is their use of both wild yeast, and their own unique culture of it. According to this post from Rum Blog Diaries, they use three yeasts. One is a wild yeast which is allowed to ferment in two non-temperature-controlled open tanks. The yeast in these open tanks ferment for two to three weeks; meanwhile, there are four other fermentation tanks that are temperature-controlled. Despite having only one still, the use of different yeasts and fermentation allows them to produce their different marques, which are measured by their ester counts (grams per LAA, Liters Absolute Alcohol).

This Worthy Park Single Estate Reserve was aged from 6 to 10 years in ex-bourbon casks. The back label says “pure single rum,” which shows that they follow the Gargano Classification of rum. (In case you missed my “rum classification” post, you can see it here.)

Worthy Park has a mixing line called Rum Bar. While these are their cocktail rums, I daresay these are way better than a lot of the “premium” rum on the market. I’ll talk about the Rum Bars in a different review. There are also “special cask” releases from them, most of which are aged in ex-wine casks. The ones I can remember are aged in ex-port, ex-oloroso sherry and ex-marsala. There’s also a “currently rare” 12-year WP Single Estate. I say “currently rare” because WP only started distilling again in 2005; in the grand scheme of things, a lot of their stocks are still aging. Consider the Caribbean climate, too, which would result in a lot of angel’s share.

Worthy Park Single Estate Reserve is bottled at 45% strength and costs £44.95 in The Whisky Exchange with Master of Malt charging the same, and Amazon coming in slightly more at £45.67. It’s also The Whisky Exchange’s spirit of the year for 2020, which means this beats out any of the overhyped and overpriced brands people fight for in the market.

On the nose: Immediately different shades of bananas. I get a mix of red bananas, the typical yellow bananas found in the US, the small “maldita” bananas and banana phloem. After that banana fest is a mix of muscovado syrup, cacao nibs, cloves, peppers, pimento dram and cinnamon sticks, followed by undertones of vanilla, honey and different shades of orange.

In the mouth: I taste far fewer bananas, but the mix of cacao nibs, cloves, peppers and pimento dram are stronger. The mix of orange is also more present. I get fresh orange peel with orange jam and orange bitters, while the vanilla, toffee, honey, cinnamon are much milder at the end. This makes me think of a typical Highland Blended Scotch flavor and a very subtle mix of brown sugar and dry cherry syrup.

Quite an interesting rum. Whatever notes are strong on the nose are weaker in the mouth and vice versa. There’s a good complexity on the nose and in the mouth. It’s also full of flavors, so there’s no dull moment.

It’s rum brands like these that focus on and are open about every step of the production process that made me lean toward rum. At the same time, it’s the narrative-controlling bullshit from the big whisky brands that make me lose faith and interest in the whisky scene. Raw materials don’t matter? I guess so, if you’re only after efficiency. Downplaying fermentation? Maybe, if you only want to distill as much and as fast as you can, and let the casks “fix” as many weak spots as it can, and then let marketing do the rest.

I often hear aged WP being called “whisky-like,” hence the Highland Blended Scotch note above. Thus, if one wants to get into Jamaican rum but is scared of the funk, I say that this, along with Appleton, is something a person should pursue. It’s not as funky as Hampden, which is, I think, the most beloved and popular Jamaican rum right now. That said, it’s quite different from the more easily accessible light rums like Bacardi and Havana Club.

Our recent poll on commission links confirmed you like to know when these are placed within an article, so we continue to state this, unlike some. 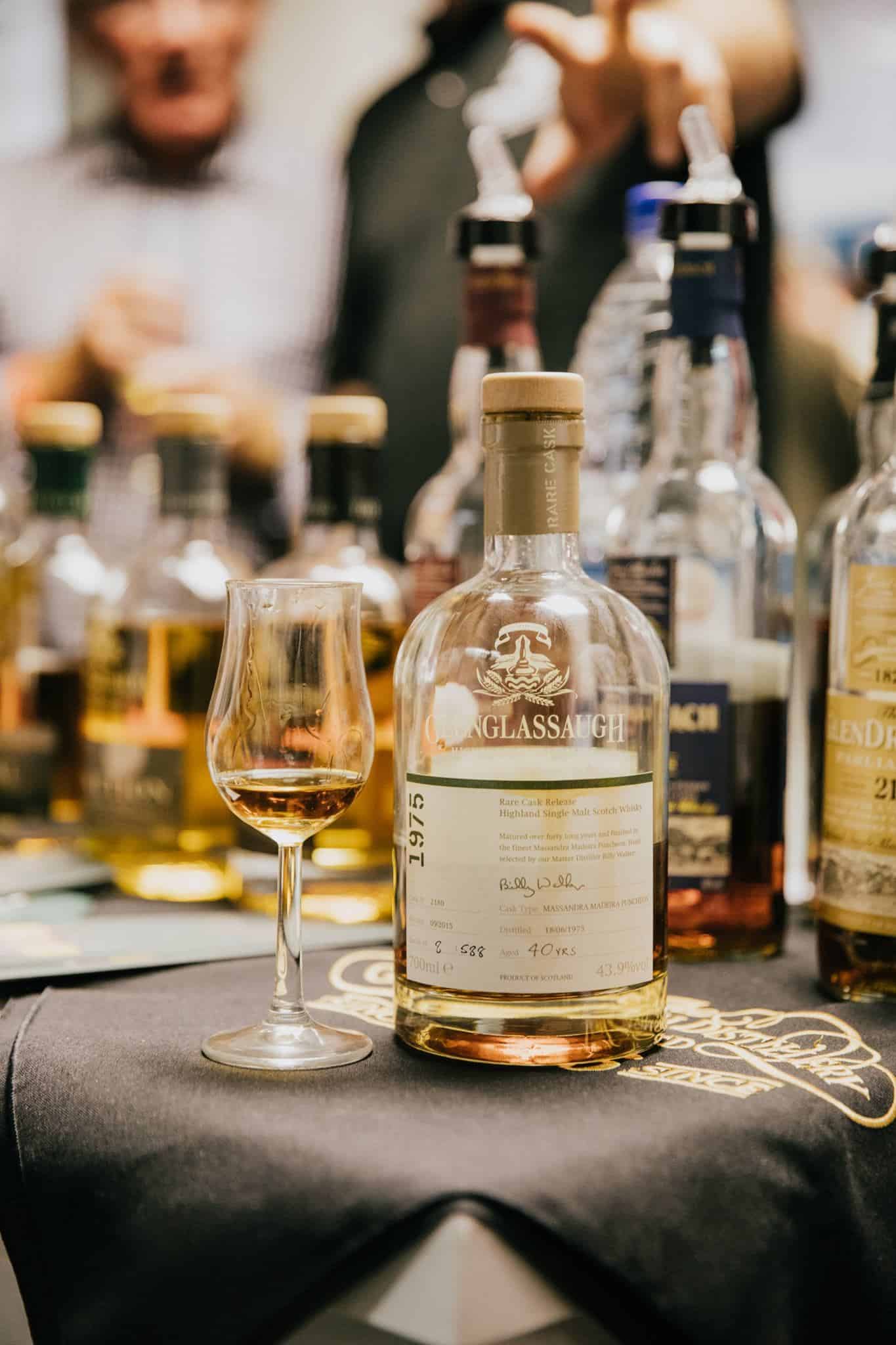