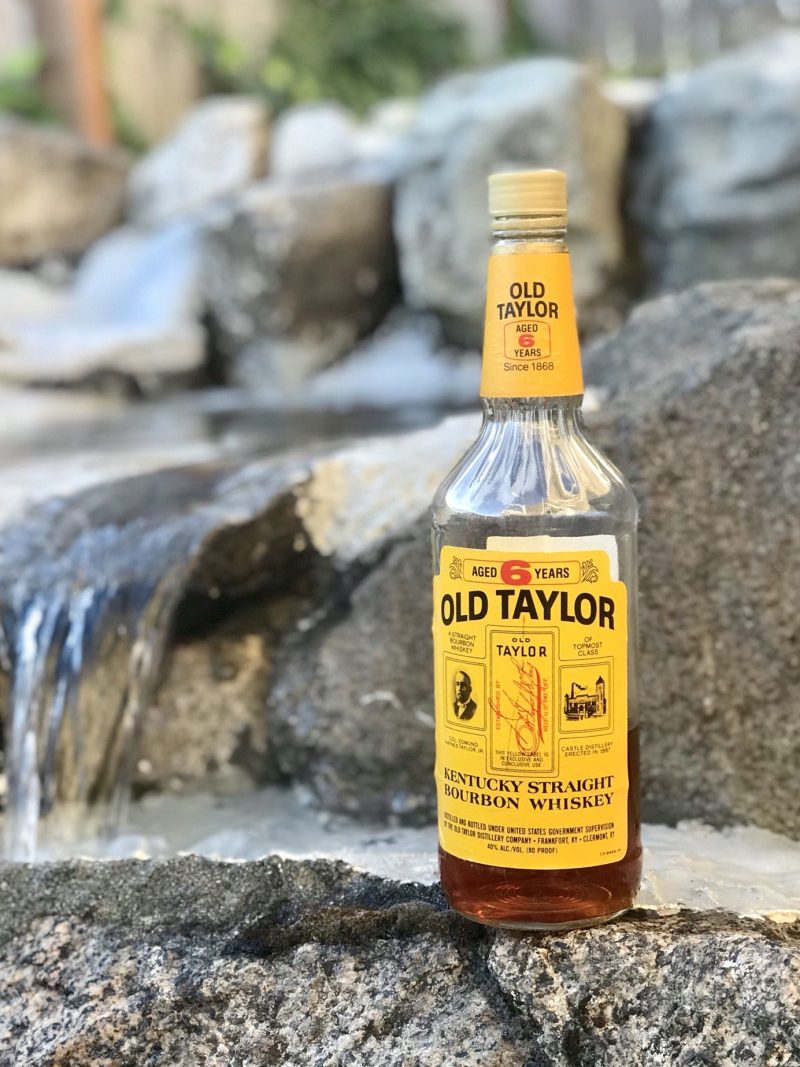 Ready for some sleuthing?

Whiskey provides ample opportunities for armchair detectives like me to hunt down clues in pursuit of the truth. This is an increasingly important skill for critical whiskey drinkers, considering the capacity for marketing puffery to overwhelm reality, which is almost always less thrilling than the concocted narrative. Stories sell whiskey, and those tales sometimes need to be fabricated entirely, with little regard for veracity.

With contemporary whiskeys, even a cursory investigation often yields surprising results. For example, I was recently able to shock a pretty savvy whiskey pal with the revelation that the Blanton’s brand is not owned by Buffalo Trace. Typically, asking pointed questions about the “what, when, who, and where” of a whiskey will quickly make it evident that there is a not-insignificant amount of daylight between the façade and the facts.

In the case of “dusties” from years past, things are more remote and therefore more obscure. When dealing with defunct companies and shuttered distilleries, often the best we can do is piece together the likeliest scenario for the particulars of the liquid in the glass in front of us. I once again undertook this journey recently, and I thought that recounting my steps might be instructive for others hoping to do the same.

Starting with the “what,” I’ll be considering another sample generously gifted to me by Brian. He once again has my sincere thanks. In this case, it’s a Kentucky straight bourbon whiskey aged six years, of the “Old Taylor” brand. The label also states that it was distilled at the “Old Taylor Distillery Company” of Frankfort, KY and Clermont, KY. As for the “when,” Brian informs me that this bottle is circa 1992. This will inform our speculation about the “who,” as you’ll see in the next section.

You can consult my prior review of the E.H. Taylor Bottled in Bond Rye if you’re curious about Mr. Taylor and his connection to the now-Buffalo Trace distillery, which currently produces E.H. Taylor bourbon. Working backward through time: some internet searching reveals that Buffalo Trace purchased the Taylor brand and associated inventory from Jim Beam in 2009. Beam had previously acquired the brand as part of the 1987 takeover of National Distillers, which also brought the Old Crow and Old Grand-Dad labels to Clermont.

Subtracting six (the age of the whiskey in this bottle) from 1992 gives you 1986, implying that this whiskey was distilled by National Distillers, which had acquired the Old Taylor brand and distillery from Taylor’s heritors in 1935.

Speaking of distilleries, this is where the thread begins to unravel. The Old Taylor Distillery (DSP-KY-19) in Frankfort, KY, was nicknamed “The Castle” because… it looked like a castle. You know: ramparts, turrets, and what have you.

As an aside: beyond the information available online, there’s an abundance of additional information in these old-timey things called “books.” A basic bourbon research library might include general bourbon books like “Kentucky Bourbon Whiskey: An American Heritage” by Michael Veach as well as more special topic books like “Bourbon Justice” by Brian Haara. Specific distilleries sometimes have their own histories published; “Four Roses: The Return of a Whiskey Legend” by the late Al Young and “American Spirit: Wild Turkey Bourbon from Ripy to Russell” by David Jennings both spring to mind.

So, in digging into the history of Old Taylor, I recalled frequently (and was able to revisit) some of the particulars relayed by Chuck Cowdery in his excellent book “Bourbon, Straight.” Cowdery recounts how the “meticulously landscaped” grounds of the Old Taylor Distillery boasted “pergolas, reflecting pools, stone bridges, gazebos” and were the site of a lavish annual Kentucky Derby party. Though the Castle was a tourist attraction, it was also a workhorse, becoming the first distillery to reach one million cases of whiskey certified by the U.S. government.

A nice thing about living in the year 2020 (and there’s a dwindling list) is that some of the seminal bourbon historians are not only still alive, but still working actively. I reached out to Chuck at the email address listed on his blog, offering him a picture of the bottle and pitching him my Elkhorn Forks theory. I was delighted when he replied shortly thereafter: “Maybe distilled at OGD (Elkhorn), maybe at Old Crow, or it might be Beam liquid. They didn’t make any particular effect to keep either Old Crow or Old Taylor ‘authentic.’”

Ruminating on this further, Mr. Cowdery added this color a few hours later: “Thinking back on it, in 1992 it was still the old National crew running OGD. What they bottled there then either came out of warehouses there, at Crow, or at Taylor, but there was Beam liquid in those warehouses too so what went into that bottle might have been from any or all of those sources, as I’m sure they were mixing Beam and National liquids together. The only brand they kept ‘pure’ was Old Grand-Dad itself, which used National liquid until that ran out, by which time the Beam-made OGD-recipe liquid was ready.”

Thanks to Chuck for providing this color which, while perhaps disappointing (as I was hoping for a taste of unadulterated National Distillers whiskey), at least offers some probable answer. I’ll taste this assuming that this is a combination of bourbon (as stated on the label) coming from Elkhorn Forks (Frankfort) and Beam (Clermont), but I’ll be hoping for more of the former and less of the latter. With that as my base case, I’m going to go ahead and taste this.

On the nose: The first impression is that this smells a lot more like dusty National Distillers whiskey than it does Jim Beam. A gorgeously sticky and fruity note of apricot marmalade meets polished wood, fresh walnuts, and the musty, funky aromas of wine cellar and used bookshop. There’s such an abundance to this, with the layers drifting back and revealing more with time. Notes of overripe lemon yield to a stony minerality, accents of baking spice, and a delicious whiff of chocolate fudge. Here’s hoping for some follow-through in the mouth…

In the mouth: Texturally thin on the lips and the front of the tongue, this has a vaguely ashy note and some nondescript, dilute sweetness. This blooms with a chili-accented heat as it moves across the front of the tongue. The woody and nutty notes sing out harmoniously again as this crescendos toward the back of the mouth, in what is the high point of an overall underwhelming experience. The finish on this is short lived, leaving only a faint note of cinnamon as a reminder of the whiskey.

I don’t feel confident in saying that this is 100% National Distillers, but it certainly has more in common with the other examples I have had from that company’s stills than with the limper examples from Beam Clermont. In particular, a delicious and very appealing nose is mismatched with a palate that only faintly echoes the aromatic high points. This is a tendency I’ve noticed in other whiskeys that have been proofed-down (in this case, to the minimum legally permissible strength), as the water unlocks smells but dilutes the associated flavors and textures.

As with all dusties (particularly those trading hands at premium prices; our friend Ryan Alves informs me that these can be had in the $150-200 range), the normal caveats about provenance and condition apply. This is not one I’d look to go out and acquire at a high cost; however, if you’re offered a sample and fancy a small taste of history, it certainly warrants your attention.

While scores on whiskeys like these tend to be academic exercises for the most part, I’m doing my duty by slapping a number on this that balances the serious appeal of the nose with the slight letdown of the palate, but mostly tells you nothing about what has otherwise been an extremely educational journey.