Time changes all things. It’s an old adage; in the world of whisky commentary, it’s an observation that has moved beyond cliché into an entirely other realm of redundancy. We remonstrate against distilleries for not allowing enough time to pass for the marriage of spirit and wood to come to full fruition; we laud those exceptional bottles that illustrate the dividends paid by patience. And of course, we spend an inordinate amount of time improving our faculties through the medium of sticking our noses into glassware. Nevertheless, time’s capacity to alter is a cliché that remains true. Indeed, if ever there was a year that perfectly (nay, relentlessly) exemplified how rapidly and fundamentally the passage of time can change the world around us, it has been 2020.

Malt readers will be likely more aware than most of the impact wrought by the coronavirus pandemic on the spirits business (not to mention tariffs or Brexit – please, please don’t mention Brexit). Larger, more commercially dominant distilleries and spirit conglomerates seem to have successfully ridden the wave propagated by the rise in off-premises booze sales. Smaller operations, particularly independent/craft distilleries, have faced, at best, production delays and at worst, the prospect of closure. Likewise, the chaotic (and ongoing) situation pubs and restaurants have found themselves in this year has cast its shadow over the alcohol industry globally.

So, it was no surprise that the release of this third batch of Kilkerran’s heavily peated range was subject to such a lengthy (and for Kilkerran’s fans, agonising) postponement. Being a smaller community focussed operation, the folks over at Springbank/Glengyle rightly place a premium on employing locally and taking care of their people. It was therefore made clear, on the eve of batch 3’s original release date, that covid lockdown meant a production shutdown. Likewise unsurprising, then, was the frisson of online enthusiasm that greeted the announcement in mid-August by Glengyle that they had re-opened their doors after many dry months of hiatus. Online pre-orders of batch 3 had been inundated since March and Kilkerran’s Virtual Tasting kit (containing a dram of this release) seemed to vanish almost instantly from their site last month – not that I’m bitter about missing out, of course. Smaller, less productive distilleries that place their people above their production schedules are to be applauded in uncertain times and Kilkerran’s ever-growing fan base (‘cult’ is also still fine, though my robes are still in storage) have been keen to make up for lost time.

As are Glengyle themselves, it seems, if their release schedule for the next few months is anything to go by. Now, judging by the number of subscribers (a blistering 320 at time of writing), even followers of Kilkerran’s other higher-profile social media efforts (the Gram, etc) may have missed the fact that they have a YouTube channel. The content is of course broadly promotional but it tends, like the product range, towards the homespun and understated. One recent video caught my attention, however, due to (Director of Production) Findlay Ross’ casual confirmation that we might expect, by the end of 2020, not only a 16 year old bottling (from a 16 year old distillery) but a second batch of 100% sherry matured 8 year old cask strength as well. With the critical fanfare that greeted last year’s re-charred oloroso bottling still ringing in our collective shell-like, and especially with everything else going on in the world today, news like that is enough to make you feel like 2021 might just have a cheerful beginning after all.

Anyhow, after a few distribution hiccups, we finally have our grubby mitts on batch 3 of the heavily peated. So how has a little more time changed this one? Perhaps the most noticeable departure from batch 2 is in the cask proportions. I’ll go into this in a little more detail at the end of this review, with a direct comparison.

On release, a 70cl bottle of this would have set you back an extremely reasonable £37.95 on Master of Malt; at time of writing, one site, Best of Wines, still has some listed at around £48.40 (ish). Bottled in March 2020 at 59.7% strength; natural colour, no chill filter, all the good stuff.

On the nose: left to open for a minute, it’s a full heavy nose to begin, with no overwhelming alcohol punch despite the ABV. Musty warehouse, perfumey, salted caramel, stewed peaches, white fruits. Scorched peat lumbers in, heavy but subdued. There’s something farmyardy in the middle; fresh soil, earth. Damp campfire smoke. A little baked ham and a tiny bit of rubber, perhaps faintly varnishy. Zesty lemon peel, cutting through at the tail end – and a wee waft of an ocean breeze. The sherry and peat are well integrated despite the youth of the spirit.

In the mouth: the alcohol breaks in first, then subsides, and flavour washes in. There’s rich malt, burnt oak, salty, almost syrupy bourbon sweetness with baked dark fruits. Some cocoa and honey in the background. Woodsmoke, damp ash and a little chilli spice. The peat is dark and soft, and it doesn’t dominate, and there’s a light caramel wrapped around it. Oily. The spice and alcohol heat linger on the tongue and in the throat, along with the salt and some sweet woodiness.

Adding water, the earthy, ashy weight lifts a little. Leaf litter. The sherry influence really comes into its own. The dark fruits are a bit brighter and fresher in the taste and the salt in the finish is emphasised. The peat and the wood tannins become a little sharper, and the citrus brighter. Delicious and subtle. The finish is lingering, bitter oak smoke and some residual sweetness. Chilli heat.

I posted a fairly glowing review of this bottle on reddit back in August. I was expecting, after spending some time getting to know it better, that I would perhaps calibrate or amend my opinion but honestly I find it just as good with over a third of the bottle gone. Time suits this dram very well indeed it seems, both in terms of the additional maturation between batches and in terms of bottle depletion. There has been a heavier blend emphasis on bourbon casks this time around, so time in the barrel is not the only difference. The sherry casks still make their presence felt though, and overall this is very nicely balanced.

For the sake of completion, I tried a direct comparison between batch 2 (55% ex-bourbon / 45% ex-sherry) and batch 3 (80% ex-bourbon / 20% ex-sherry). Batch 2 is a bit rosier, a little dustier, more warmth, more berry notes, stewed dark fruits. The peat is a little more earthy. Batch 3 jumps out of the glass with a little more alcohol nip, which was unexpected. Everything is a little brighter and punchier. The peat is more present, the dark fruit is fresher and there’s more wood presence, bitter tannins. The sweetness is lighter too, more caramel than treacle. These differences are subtle but they make for an interesting progression and perhaps speak to the character of the sherry casks involved. If you missed this one, stay tuned for batch 4. 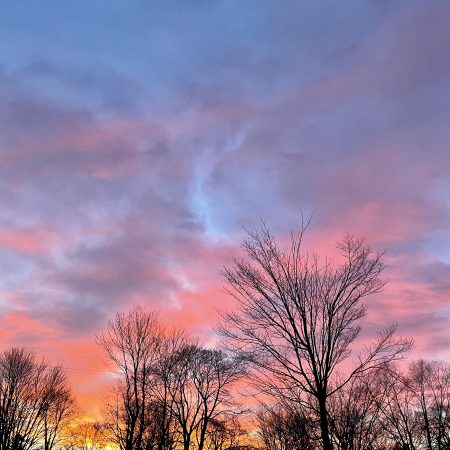 The Future of Malt