A little over a year ago I attended the Ciderlands event at the Museum of Cider in Hereford. The accompanying Three Counties Cider and Perry bar heaved with magnificence and inside the museum itself was a palate-dazzling plethora of libations assembled from every corner of the globe, from Japan to Norway to the USA to Spain. Lack of spittoons (my perennial grumble) notwithstanding, I did my utmost to taste as extensively as I could. And when I woke up to a fuddled and delicate Saturday morning, what lingered in my head most were the perries I’d tried from Austria.

England’s three counties and Normandy’s Domfront boast a special connection two perry, as two of the drink’s unquestionable citadels. But in one corner of Central Europe (if you’ll forgive the oxymoron) there is a place in which perry is of such local significance and historical importance that the region itself is named after it. Mostviertel.

As recently as the 1930s, perry production in the Mostviertel was so high that one district alone, Amstetten, boasted one million pear trees dedicated entirely to the endeavour. They were a legacy of Maria Theresia and Joseph II’s drive to plant trees, compounded by the abolition of serfdom in the Austro-Hungarian empire in 1848 brought about by the movement of Hans Kudlich. A perfect storm of land ownership for the farmers, thirsty workers in enlarging, industrialised cities and the improved rail links between Vienna and Linz of 1858 brought about a time of unprecedented prosperity for the perrymakers of Mostviertel.

The parallels with Herefordshire’s cider and perry culture are unmissable. A drink made ubiquitously on farms in an out-of-the-way region, drunk extensively by farmworkers but seen, by extension, as a working-class drink that lacked the glamour and prestige of wine. As the decades slipped by, the number of farms producing Birnenmost dwindled and the perry pear trees, through lack of demand, were gradually uprooted.

In the 1990s, distressed by the slump of their regional treasure and heritage, a group of perrymakers joined together to form the Mostbarons. They planted trees, shared knowledge, clubbed together to promote not only the drinks they made personally, but Mostviertel cider and perry as a whole. Gradually, a culture was revived and buttressed. These days there are planting experiences, tours, tastings and festivals. Tradition is celebrated, but – most importantly – quality is championed. Perry is showcased as a viable alternative to Austria’s fabulous white wines. It is given respect and a place, quite literally, at the table. What’s more, the Mostbarons are no longer just producers. Their membership includes restaurateurs, hoteliers, anyone with an interest in championing the region’s eponymous Most. It recognises that the perry transcends the glass; pitches a broad tent over the farmhouse, the orchard, the dining table. That the bricks and mortar that build a drinks culture comprise more than the drink itself; that it is as much a question of how that drink is enjoyed, and where, and by whom. That thrusting such a culture into a broader limelight demands combined, concerted and co-operative effort as much as, if not more than, individual brilliance. The net result? The only place in the world, to my knowledge, where perry boasts its own dedicated festivals; set apart from cider – recognised as distinct and individual.

That spirit of co-operation shines clearest through the so-called “Gourmet Mosts”. Described on their website as “the crowning glory of the Mostbarons. They redefine quality and taste – and suit every occasion.” Three annually created perries, Brous, Preh and Exibatur, specially put together by the combined effort of the Mostbarons to show off the best of the region.

Completionists will have to forgive me, as I only have two of them in my glass today – the 2018 Brous and 2017 Preh. These are the lightest and middle of the trio respectively, both blends of several different varieties of pear. (Mostviertel boasts something like 300 – around three times the number currently recorded by the Three Counties. Unbelievably I was able to order them – with free delivery – directly from Austria at £7.95 for the Brous and £8.65 for the Preh. But this was a few months ago, and sadly the website I ordered them from doesn’t seem to do UK delivery any more. I can’t think why …

Colour: Exceptionally pale. Just a touch of lemon green in what is otherwise almost water-white.

On the nose: Super clean and bright. Zingy green pear, cantaloupe, honeysuckle. It’s very delicate and very, very fresh, if on the simple side.

In the mouth: Zingy and clean and brisk and tremendously refreshing. Off-dry, with a lovely silken texture – very vinous mouthfeel. Green fruit – apples, pears, just-ripe melon. Not quite stone fruit, but on its way. A lighter, higher-toned touch of pear-drop, though noting acetate-y. Nice minerality. Ridiculously easy to drink, great acidity, lovely definition. Somewhere in between Pinot Grigio and a light Riesling, only (stupid comment alert) more pear-y.

On the nose: Instantly riper and more intense than the Brous. Herbal, tropical tones. Strawberry chewits. There’s a pronounced stoniness too, and a savoury quality that’s almost bacon rind.

In the mouth: Richer, more complex and intense for sure. Still a gorgeous zing of pineapple acidity, but the increase in body and flavour intensity holds it well. The slight touch of sweetness is perfectly balanced. Drier than the Brous; more poised and crisp. Grape and yellow pear. Cut grass and meadowsweet. But mainly about that lovely, zesty, delicate pineapple and lime juice. Impeccably clean and, again, tremendously wine-like whilst being inimitably a perry. Gorgeous.

In his extensive article on the subject, following what sounds like a magnificent trip, Nick of the much-missed Cider Blog comments that his found Austrian Birnenmost to be particularly wine-like in its qualities. Whilst my own experience doesn’t stretch very far beyond the pair reviewed here and their stablemate, Exibatur, I’d certainly echo his suggestion that white wine lovers will find an enormous amount to love.

These are still, elegant, expressive, accomplished drinks that are, at under £10 a bottle, tremendous value for what they offer. Drinks to chill well and serve in large, bowled wine glasses. My clear favourite was the Preh, but the geophysicist’s unprompted comment on tasting it was “I was blown away by the Brous until I tasted this one.” I couldn’t agree more. Both, it need not be said, are well worth the entry fee, should you come across either. I am bitterly disappointed that I can no longer order them directly from source, and very sorry that I can’t point my English readers towards a place to buy them. Bollocks to Brexit. 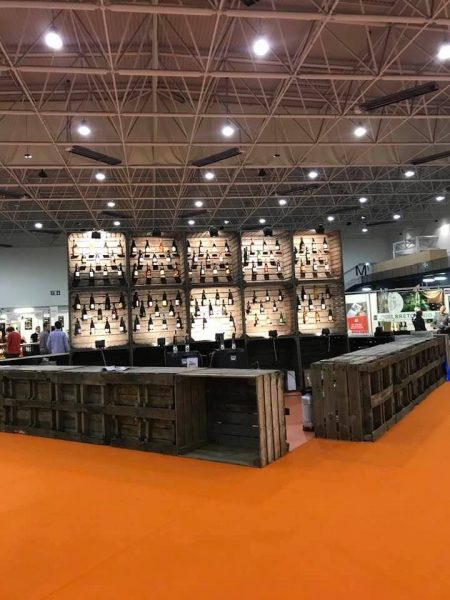