What’s in a name? What does a name mean to you? Well over time a name can breed a certain familiarity, and subsequently that breeds comfort. Why do around 10 million people reach for a Glenfiddich 12 each year? Or buy 78 million sausage rolls from Greggs? Because people know it. They know what it’s going to taste like – there’s a risk deviating from the well-trodden path. If they do there might be things to trip over. But we know they’re missing out on special and interesting drams (or alternative savoury baked products).

Imagine you go out and buy something different that you discover you don’t like. Shock horror! Then you’ll have to persevere with 70cl of horribleness (a good thing about 50cl bottles). A bottle of dread that sits there on a shelf or in a cupboard for years and years, perhaps to be shared with some less-well liked friends. Or maybe you do the silliest of things and POUR IT DOWN THE DRAIN!!! I have never understood this in all my life, to literally pour money down the drain. If you have, or you know someone who has poured whisky down the drain, please do let me know and what it was.

That’s one of the perils of not sticking with a name. So, a name can become a staple, a go-to; something you reach for when you just don’t know what the other names mean.

But with a name comes bias too, that thing we use for judging book covers. Glenfiddich 12, Ardbeg 10, Lagavulin 16 – you know what you’re getting. They’re easy ones. The bias, in this case, comes in the form of ageism and opinion of a distillery, where people think that older whiskies must be better and certain distilleries are better than others. So why don’t more people buy the Glenfiddich 15 than the 12 if that’s the case? Opinion on a distillery is just that, and opinion so I won’t comment in that regard. What do I know?

But then we have blends, where you can’t just have an age statement and a distillery name, obviously. For example, the Dewar’s 12-Year-Old “The Ancestor”. You know it’s 12 years old (age bias ticked) but from which distilleries does it hail from? Are the distilleries any good? And what’s the ‘ancestor’ bit about? Sounds to me like they’re trying to shift some crap, insipid 12-year-old whisky by using some historical or heritage reference, to make it sound la-di-da. The bias here is the blended bit, thanks to years of being told they’re inferior. Another example is Aberdour Piper, which is even vaguer. It’s one of those whiskies with two Scottish words printed on the label to remind you it’s Scotch. It doesn’t even have an age statement in this case. The bias senses would really be twitching with this one – there’s a strong possibility it contains some young, rough whisky, so it will be harsh and unpleasant.

Which brings me to today’s dram. When I hear Highland Journey, I think that’s a pretty corny name first of all. What does it mean? A journey of the Highlands? When you link “journey” and “highland” is it supposed to fire the imagination when you take a sip to make you think you’ll be travelling around the Highlands of Scotland, visualising mountains, crags, waterfalls, rivers and haggis all at the same time, whilst never leaving your sofa? I don’t nose something and think “mountains” usually – usually I think marzipan and caramel and fruits. Peat makes me think of fire and smoke, fair enough, but I don’t journey around with a peat bog in my mind’s eye whilst sampling an Ardbeg.

It’s apparently the inspiration from a journey Stewart Hunter Laing took sixty years ago as a boy on the train from Glasgow to the Highlands visiting places such as Blair Athol, Clynelish and Glen Garioch. Fine, so the inspiration came from a trip as a youngster. At least there’s a back story. But that can only last so long for the marketing team to use. One word – pretentiousness. That’s my second initial impression.

Whilst we’re on design/image/marketing – why are the words in capitals in the following paragraph written on the bottle?

“To create this OUTSTANDING BLEND of fine Scotch malt whisky we have SELECTED whiskies from the very Finest DISTILLERIES to be found in the Scottish Highlands.”

It’s ‘selected’ that gets me. Why emphasise that? They’re implying that in some blends it’s a case of “just dump it in and see” and we know that to be quite true, but it’s tiresome all this. It’s all bollocks – it’s an amber spirit in a bottle.

A little dream of mine is to make and produce whisky in some way. I’d like to sit in a meeting, sipping and nosing a new whisky that had been blended and bottled that the team are in the process of thinking a name for. I hope that as the Managing Director I can overrule them with my idea for a name. I’d go with “Bog Standard Whisky” to really get the marketing team in a tizz. Imagine, a black and white label with this text:

No spurious claims of finest/best/lovingly made etc. It would go against the grain (no pun intended) and would stand out from the crowd if I do say so myself.

I’m rambling. I’m thinking too much about it. Let’s get back to facts.

Hunter Laing is a well-established independent bottler, who distribute well-received blends and single malts at almost every price band. This Highland Journey comes in at the bottom of these price bands. I don’t know from where the whiskies prevail other than from the Highlands but I do know that some were aged in AMERICAN OAK CASKS and some in SPANISH SHERRY CASKS (again, capitals on the label). Really basic information and utterly pointless methinks. They must be thinking that they’ll reel in a couple of greenhorns who have literally no idea about whisky with that kind of flumph.

Let’s get on before my blood pressure gets too high. It’s bottled by Hunter Laing at an attractive 46.2% ABV, un-chill-filtered and naturally coloured. You’ll need to part with £29.95 from Master of Malt where it is showing as discontinued, or £36.45 from Whisky Exchange to buy a bottle, which is pretty reasonable.

On the Nose: Hint of nail varnish remover is the first thing I pick up, which is surprising and slightly less than pleasant. Definite hay note, with biscuits, boiled oranges and ginger syrup. Some big hits honey and caramelised pears. Geraniums and black tea also rear their heads. Time in the glass is a healer with this, mellowing the varnish odour and opening things up. Coffee and slightly salted toffee make an appearance after a while. Overall an interesting nose once that varnish dissipates.

In the Mouth: Initial hit of honey cake followed by honeydew melon, varnish, white grape juice and sour apples. There’s a metallic note, a bit like a copper coin with light hints of toffee – smooth buttery toffee. There’s that a floral element of geraniums again. Some cream. The finish brings forth burnt raisin and tobacco. Right at the end there’s a raw hazelnut note, soft and subtle. Adding water does little except bring more orange peel forward.

The nose is less good than the palate with this one but is a pleasant experience for £30 nonetheless. It’s very unpeated, with no indication of earth, peat or smoke in this, and a real mishmash of different flavours, more than the usual vanilla, toffee and dried fruits for similarly priced blended whiskies, which keeps you interested. It’s a good dram, slightly lacking in a character which might push it up to a 7 or 8 and make it more memorable, but it is just a £30 blended malt at the end of the day.

As for the name? Well in a blind tasting I wouldn’t have said it was a blend of Highland malts. It’s certainly a little marketing ploy, and I guess the result of some not so great malts that Hunter Laing realised couldn’t be single cask releases and had to come up with a way to shift it. This theory is backed up by the capitalisation of certain words on the bottle – I suspect that a whisky tourist wandering into a shop might be drawn in by that approach, but just seems too on the nose for me.

Overall, a pleasant experience and well priced, just lacking a little something.

Lead image kindly provided by The Whisky Exchange. We’ve also included some handy commission links above if you’re unable to shop locally or find this whisky. These help keep Malt slick and free of adverts! 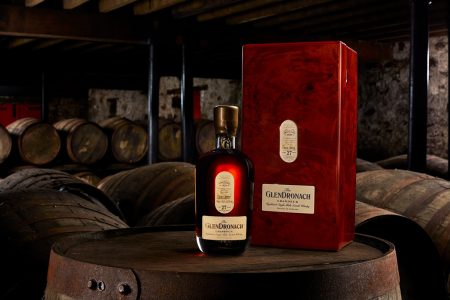