‘What we like to do here is to look at the old practices and understand which processes were eliminated based on money. Malting was thrown out based on money. Once I knew that we were building a distillery from the ground up, I said, ‘This is it, we’re doing it now.’ Because the floor malting is its own microenvironment, with bacteria that is going to carry through into our whiskeys as the years go by. Commercial malting is all about uniformity but here the inconsistency – the temperature differences on the floor – is what gives richness and depth of flavour.’¹

Recently, I had the honour co-hosting an online event with Todd from Leopold Bros. as part of the Spirit of Toronto Virtual Warehouse Experience. It was a fantastic session and underlined the value that such online events can bring into our homes. The fact that Todd is so knowledgeable and is referred to as the distillers distiller, underlines that point, yet he’s so engaging and informative, overcoming the potential of a whisk(e)y-geek event that remained accessible throughout. It was a joy to host and became a personal highlight of 2020.

This is a distillery and an endeavour that I’ve been excited about since reading Issue 3 of Distilled magazine, which has sold out in print format although you can read an exclusive preview here. It sets us up nicely for this exploration of the distillery and some whiskies, including a couple that have yet to be released.

Leopold Bros. is one of the most exciting distilleries in North America for good reason. Todd has distilled a variety of spirits and beers, starting out in the brewing hotbed of Germany. Working with his brother, Scott, they eventually put themselves into a position of being able to build their own distillery in Denver, Colorado.

They could have knocked up a distillery in rapid fashion. Rushing to start production, featuring a variety of spirits and maximising their investment, as we see many do nowadays. Instead, they stuck to their principles and ensured that their distillery would be a pollution-free enterprise with minimal waste. This was Scott’s passion and while he drew up plans for what would become the Leopold distillery, Todd visited Scotland and in particular, Springbank, to take some measurements and soak up the atmosphere. During our online conversation, Todd’s respect and appreciation for what Springbank does, day in and day out, was noticeable. In particular, their continuing use of floor malting. So much so, that today Leopold Bros. has the largest traditional malting floor of any distillery in America.

Colorado has an abundance of grain growers, thanks to the enormous presence of Coors brewing. This access to local farmers means that Leopold can grow specific types of grain that aren’t commonly used nowadays. In essence, granting Leopold the ability to control everything inhouse post-harvest. Think of it as terroir-plus, although Todd was at pains not to mention the buzzword that’s been seized upon by Waterford. In Denver, it seems, they take distilling to a whole new level beyond the field.

One of the important considerations when designing their distillery, unlike many others, wasn’t just the internals or the external appearance. It was the plant life that would surround the production buildings, with special emphasis placed upon the fermentation room. This area has large windows that are opened first thing in the morning. To allow the natural bacteria and elements to merge into the room itself and the open Oregan pine fermentation tanks. This isn’t a quick pitstop on the way to the stills. Instead, the team follow the Pre-Prohibition style by fermenting for longer periods at lower temperatures, thereby creating organic acids. This continues the efforts of the farmer, maltsters and distillers to maximise flavours and aromas way before the cask is filled.

Let’s take a break with an entry-level whiskey from the distillery, the perfect place to start. Their Small Batch, which is exactly that, enables us to try a softer style with minimal wood influence at a younger age. Todd believes that their colder fermentations result in a new make that is less hot and stressed, which in turn, doesn’t require a strong cask presence to tame the spirit. The batches are open to variation, featuring a specific seasonal distillation that changes the flavour and is released in limited quantities.

Then, we’ll move onto their 5 year old, bottled in bond, straight bourbon whiskey which debuted in 2020. This is obviously bottled at 50% or 100 proof, residing in charred white oak barrels within their dunnage style warehouse. Featuring a mash bill of 64% corn, 21% malted barley and 15% Abruzzi Heritage Rye, with house-cultured and indigenous yeast strains. It is pot distilled and unfiltered.

In the mouth: a surprisingly pleasant mouthfeel at this age and strength. Simple in some respects but assured with caramel, dulled vanilla and wood spices. There’s honey and a pleasant wood bitterness to give an added dimension.

On the nose: a lovely relaxed arrival, rubbed brass, nuttiness and some back pepper. Caramel, fudge, blackcurrants and blueberries.

In the mouth: the holy bourbon duo of caramel and vanilla in a well-balanced faceoff. Plenty of cereals, honeyed oats, a pleasant pepperiness with no burn and a rather gentle sipping stature.

On paper with their ages and strengths, you’d be thinking both whiskies would be limited, wood forward and with some rough alcoholic edges. In both cases, you’d be wrong. The Small Batch doesn’t cost the world and is a solid entry point. Affordable, its job is to lure you into the Leopold world. The 5 year old, gives you another level and is very enjoyable. At 5 years it has a surprising nature and poise. Highlighting that there’s more going on in this distillery than firing out distillate into eager casks to impart flavour.

Now, we’re moving onto 2 rather exclusive whiskies that should be appearing in 2021 and bottled at 50% strength, or 100 proof. Both of these have a historical foundation but have been brought into the modern era by a determined distiller, who has searched high and low for information. Tracking down all the resources available via books and records, consulting the experts and as Todd confirmed; a series of original whiskies from the era were sampled and analysed. Some had decayed too far, others proved more reassuring and allowed a composite to be sketched. This newfound understanding provided a framework to recreate, and of course, the icing on the cake is the Three Chamber Still, but we’ll get to that soon.

As I’ve stated on previous Spirit of Toronto articles, for those casks that are still waiting in the warehouse, we’re scoring potential rather than the finished product. Even the barrelhouse harks back to traditions, being in the dunnage style, lit by skylights only and having no climate control. After some refinement, the angels share is now only 4.1%. The whole enterprise validates the old ways, which we’ve lost sight of chasing yields, alcohol and profit.

On the nose: a really distinctive arrival with an enchanting mix of wood pulp, blueberries and orange pips. Familiar aromas of apple, cinnamon and plum jam cascade. There’s a joyful balance on display and some unique characteristics with wood glue, fresh nougat and nutty chocolate.

In the mouth: again, you’re lulled into thinking at 4 years old this will be forceful and wood focused but its more gentle and harmonious between the spirit and the vessel. It draws you in and is so impressive for 4 years. Caramel, honeycomb, more blueberries, vanilla marshmallows with white pepper and milk chocolate.

This whiskey is just different. Harmonious and layered, it has some captivating elements and is showcasing some class already at this age. I’ve not had the Maryland-style previously, but on the basis of this experience, I’m happy to have more and I bet this will kickstart a resurgence of this lost style. I’d buy a few bottles when they appear in the UK, that’s for sure!

Now, we can move onto what was a world premiere for the online session. Namely, the debut of the unique still that Todd researched and then recreated from descriptions; the Three Chamber Still. These were utilised by many distilleries producing rye whiskey from the 1850s until the arrival of prohibition and were mostly made of wood. But when prohibition was relaxed, and the Great Depression gave way, these types of stills were lost forever. That is until now. In researching the Maryland style of rye, Todd began to understand the importance and prominence of this unique still and set about reviving a lost method of production.

While descriptions existed, the actual designs and technical drawings were lost to time. Teaming up with Vendome Copper & Brass Works in Louisville, Todd jokes that he had to work with junior members of the team, as the top engineers only worked with the big bourbon distilleries. Perhaps a touch of humour, as I expect once the engineers got wind of the still, everyone would have shown an interest. You could suggest that the Three Chamber Still is a hybrid of the traditional pot and column stills. Lacking the volume of a column still, but at the same time producing more flavour rather than stripping it out in the pursuit of alcohol. The end result is an engineering marvel that is made of copper and has to contend with forces within that are in excess of other stills. Standing at 20ft high and 5ft wide, it is an impressive spectacle and engineering feat.

Until recently, the still operator had to be on hand constantly to climb up and down the by ladder until the installation of a cherry-picking type device. There is no automation and the whole process relies on the skill of the Stillman to guide the spirit on its journey. As for the results? We’ll find out below, but my memories of discussing this with Todd prior to the session pouring, he highlighted the oils, the viscosity and concentration of the aromas and flavours… so without this revived still, you wouldn’t be able to recreate this lost style of rye.

On the nose: this is big on aromas and oily, toffee, peanuts and maple syrup. There’s a fruity core at the heart of it all, cinnamon and I keep blueberries! Hugely resinous, vanilla and orange zest. Damn, I wish I had more of it.

In the mouth: the density and oiliness is off the charts. You really have to take this in. A chewy caramel and oozes balance and flavour. Tablet, vanilla, chocolate, tomato vines, black pepper, cloves, candied orange and yep, blueberries.

One of the highest scores I’ve given to a whiskey so far. This isn’t even out yet and it is only 4 years old, which takes some comprehending. I’m glad I saved most of my sample to sit down with post-session. Attendees were blown away by the experience of this final whiskey and it’s too easy to be swept away during the moment as well. A week later, I finally spent an evening with the remnants of my sample and clearly it’s far removed from a modern-day rye whiskey. There is more fruit, depth and balance without relying on the wood or spice. In some respects, I’m reminded of an old-style malt from an excellent bourbon cask, or at least, some of the pre-World War 2 American whiskies I’ve been privileged to taste.

If you didn’t realise by now, there’s something brewing in Denver that is worth watching out for. Whiskey made the way it should be; with heart and soul. A new perspective on whisk(e)y commerce in the pursuit of a flavoursome experience. 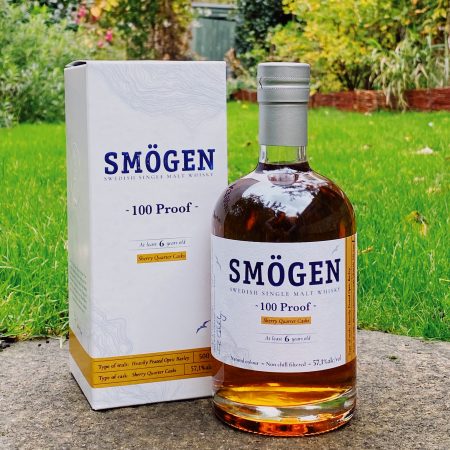