Are we finished with finishes?

Definitely not, if current trends are any indication. While cask finishes may be old hat to the Scotch whisky aficionados in our audience, they remain a novelty in the land of American whiskey. However, it’s a growing market; a quick search for finished bourbon at my local liquor superstore reveals not less than two dozen products on the shelf. These have been finished in casks ranging from Amaro to XO Cognac, with many exotic options in between.

Perhaps the most successful experiment I have yet encountered with the technique came in the form of Wild Turkey’s Revival expression. They’re not all winners, though. Jason was less than enamored with Legent, Beam Suntory’s trans-Pacific dalliance with blending and finishing. Finishing also exists as a way of dressing up some sourced bourbon for resale at a premium, as in the cases of Angel’s Envy and Blood Oath. Furthermore, finishing can be used to turbocharge the flavor on otherwise innocuous bourbon.

In all, I’d describe myself as skeptical but hopeful when encountering a bourbon with a cask finish. I’m more encouraged when the finish was applied (is this the correct verb?) by the people who made the whiskey in the first place. After all, they’re probably less likely to monkey disrespectfully with something they themselves created, right? We’re about to test that hypothesis… or will we?

The subject of today’s review comes to us from the A. Smith Bowman distillery of Fairfax County, Virginia. This distillery was started by farmer (you guessed it!) A. Smith Bowman in 1934 as an outlet for the surplus grain from his 7,200 acre farm. As the sole legal distillery in Virginia until 1950, Bowman was best known for its Virginia Gentleman brand.

Virginia Gentleman is somewhat of an oddity. The Bowmans sourced the distillate for the brand from Kentucky, but it was re-distilled and matured in Virginia. A peculiarity of the maturation process entailed the barrels being stored vertically on their end, rather than horizontally on their side, as is the custom in Kentucky.

So, is this still the setup? It will come as no surprise to our loyal readers that there’s a whole lot of ambiguity around the specifics about what is produced where. The company’s site mentions fermentation and stills, but it’s not clear how much of whatever Bowman is producing is distilled on-site. Current Master Distiller Brian Prewitt joined the team in 2013; I was able to connect with him via a PR intermediary. He answered some (but not all) of my questions, below:

Malt: Please describe Bowman’s current production process for whiskey?
Brian: Our recipes, fermentation profiles and distillation profiles are proprietary. However, some details that we do share are as follows: Our fermentations generally take less than a week depending upon the recipe, the majority of our whiskies are triple distilled to a 140 to 150 proof range but some are only double distilled. We typically use 53 gallon charred (#3 to #4) white oak barrels from EBC at the current time, but also use barrels from several different coopers and several different wood types and origins as well as many char/toast levels.

Malt: What is the annual output of the Bowman distillery?
Brian: We do not discuss production numbers, but we produce less in a year than some larger distilleries can produce in a month or even a week.

Malt: I had read that distillate from Kentucky was historically re-distilled in Virginia by Bowman to produce whiskeys. Is this still the case?
Brian declined to answer this question.

Malt: If so, is this distillate currently coming from Buffalo Trace?
Brian declined to answer this question.

Malt: Any other comments about the relationship between Bowman and Buffalo Trace?
Brian: As a sister distillery that is currently owned by the same family that owns A. Smith Bowman Distillery, we have a very close relationship with all of the other distilleries in the Sazerac portfolio.

Malt: For how long is Isaac Bowman whiskey typically matured? For how long is it finished?
Brian: We currently age the base bourbon for Isaac Bowman anywhere from 4 to 6 years in a new charred oak barrel and finish in port barrels from 3 – 6 months or longer. We then blend the different port barrel finishes together and mingle them together in a 6,000 gallon white oak Foeder which we use as a modified Solara process. Bottling blends are pulled from this tank and new blends are pumped on top so that the new lots are mingled with the previous lots. The tank is not allowed to be emptied more than half way before being topped with a new blend.

Thanks to Brian for the information he was able to provide.

Back to Bowman: the range currently encompasses Bowman Brothers (a small batch bourbon) and John J. Bowman (a single barrel expression). Experimental infused and finished bourbons are released in limited editions under the Abraham Bowman name. The whiskey we’ll be considering today is “Virginia straight bourbon whiskey” finished in a port barrel (“many of which come from Virginia wineries,” per the site, and in contrast to what we heard from Brian). It is called Isaac Bowman, for the Revolutionary War officer and brother of Abraham.

This Isaac Bowman expression comes to us at 92 proof (46% ABV). SRP, according to Bowman, is $40. This was a sample generously provided by Will, who once again has my sincere and heartfelt thanks. You can purchase a bottle from Shared Pour for $49.99.

On the nose: The port barrel influence is immediately noticeable in the form of a heady, winey aroma that leaps out of the glass and completely dominates the nose initially. Some time in the glass reveals a roasty whiff of mocha, some stewed apples, a sprinkling of ground cinnamon, and the rubbery scent of balloons fresh from the bag. This is fruity in a plump and pleasant way, but I’m struggling to cut through that dense and intense overlay to get at the underlying whiskey. Let’s see if that changes on the palate?

In the mouth: Indeed, this is more balanced through the mouth, where the port barrel plays a supporting role rather than being the lead. The initial impression is of a salty and meaty nuttiness, in the manner of cashews. I’m tasting a bit of a dried firewood type of flavor before this once again broadens out in the middle of the mouth with a burst of sour cherries and underripe plums. These fruity notes linger in somewhat acidic and tart form, which I actually find an improvement over the sticky sweetness implied on the nose. The finish is long, with a gradual pulsating re-emergence of the sweeter and richer fruit elements.

This delivers a few of the same points of intrigue as Revival. It doesn’t quite have the same breadth of flavors, particularly the savory and spicy notes that so deftly counterbalanced the sweet fruit and wine elements in that case. This whiskey is a fair deal less expensive, though, so I am reluctant to penalize it too much. I’m knocking a point off the score that I gave to Revival, which still leaves this in very solid territory on the Malt scoring framework. On net, I’d recommend this to anyone curious about how a wine cask finish can be successfully applied to a bourbon whiskey, regardless of its origin.

Photograph kindly provided by the bottler and there is a commission link within this article if you wish to make a purchase and in doing so, support Malt. 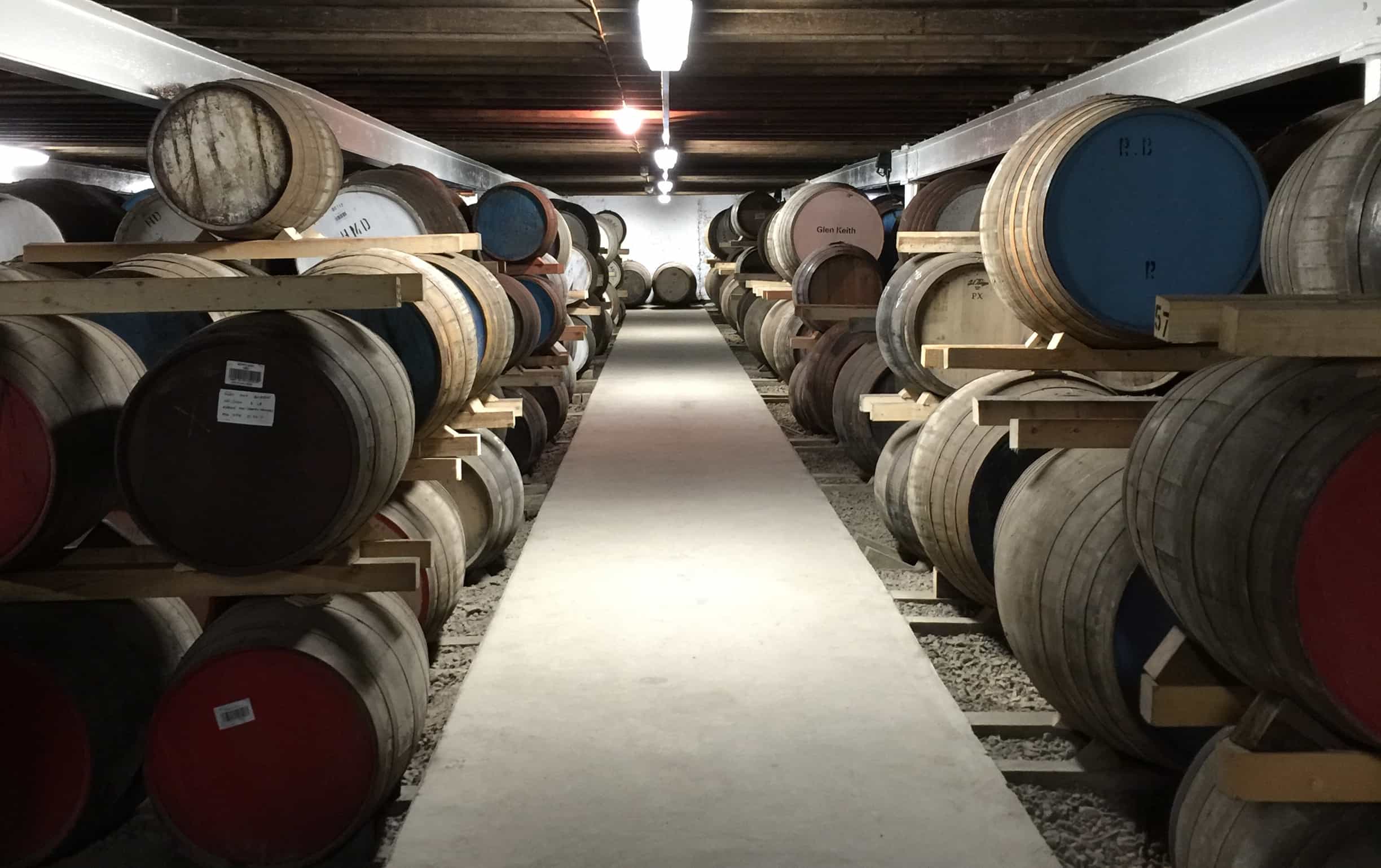 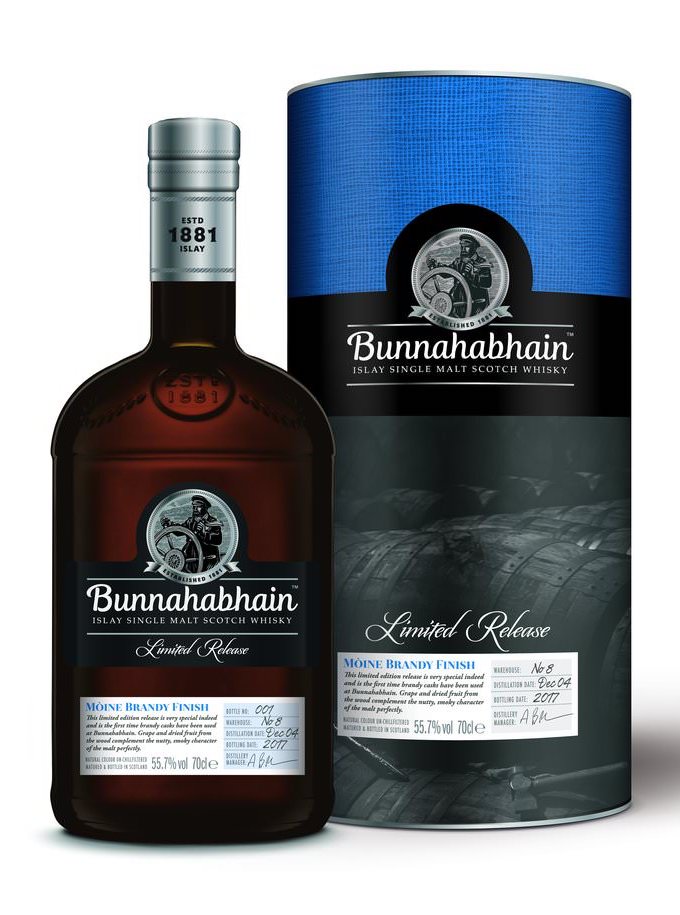