The warm welcome of Spain might seem like a distant memory to many right now. A forbidden land that remains out of reach due to our current situation. When things do return to a new normal, it’ll be a little more difficult to visit thanks to how England voted. Please file that under future regrets to be addressed right next to where the Butcher’s Dog resides.

I’m not going to get political as we have enough things to contend with right now. When you visit Spain as many of us have done over the past few decades. You’re guaranteed that warm welcome; the embrace of the climate and wonderful hospitality with food and wine. But what about the whisky? What can Spain offer us other than a bottle of Cardhu that wouldn’t sell in Scotland? Some of you might have even never considered the fact that Spain is producing its own whisky until now.

This is something we’ve been exploring on a gentle ad-hoc basis over the past few years including some of the newer distilleries. Revealing what you can expect from a visit to a local alcohol store in Spain, or just a plain old supermarket. And if you’ve made the trip, you’ll vouch for the fact there is a considerable presence of whisky on the shelves. Some of it poorly packaged, shipped to what some might consider a minor market and some dubious blends. In my mind, there’s no greater sadder sight than visiting a country with its own whisky and holidaymakers drinking exactly what they can enjoy at home. That and the folk who seem to travel to Spain merely to reside in an English themed pub and turn themselves bright red whilst doing so. What was that lyric? A cheap holiday in other people’s misery!¹

First up, is a new offering from Destilerías y Crianza del Whisky, affectionately known as DYC. This is the brand you’re more likely to see in a Spanish supermarket. We’ve written about them before on several occasions so we won’t go into the history of the distillery. This Doble Roble, or double oak is a minimum of 8 years of age and features two cask types which are not specified. This one is a little more expensive than your average DYC, coming in at around €29, although it’s still fightingly cheap compared to what an 8-year old would cost you in Scotland.

It is easy to write off DYC because their range is so cheap in Spain. Kinda ironic that we’d turn our backs on a whisky because it was too cheap and therefore too good to be true? The reality is that the DYC’s aren’t world-beaters, but they have a light and citrus ethic that marries well with the Spanish climate. Good times are to be had sitting on a porch, overlooking the rugged hills of Spain with a dram from the distillery. The prospect of a mixture of oak has me slightly concerned, as I don’t anticipate the qualities I enjoyed in DYC, need or would benefit from, cask shenanigans.

On the nose: honey, almonds and a musty barley dynamic. White chocolate, green jellies and vanilla. Oaky with gingerbread and orange peel coming through alongside nougat. Adding water delivers caramel and a hint of zest.

In the mouth: very easy sipping with plenty of caramel, vanilla and wood chips. Some walnuts, creaminess with plenty of pepper and oaky characteristics on the finish. Midway there’s an orange note and bitterness from the wood. Water does loosen things up a notch, removing some of the wood influence in favour of lemon zest and alcohol on the finish.

This is too wood orientated and lacks the vibrancy of what makes DYC so refreshing and easy drinking. The Doble Roble is in comparison heavier and muddled on the palate. In essence, they’ve created a Spanish Cardhu and I think that’s a real shame as this just doesn’t work out well.

Next up, we have Sack Man who we’ve covered before and weren’t initially impressed by. However, don’t let that detract us from trying and trying again, and again. This release is slightly younger at 8 years of age and has been finished in a PX cask, before being bottled at 42% strength. On paper, I’d have wanted more strength but I also intrigued by the prospect of Spanish producer using PX casks; surely they can pick out some good ones rather than the seasoned manifestations we’re force-fed in Scotland? Expect to pay €28.50.

On the nose: there’s a nice fruitiness here, not hugely forceful unlike many of the PX casks we see in Scotch. It is more leisurely and refined; red berries and plums. A layer of tobacco and rubbed brass awaits. Bruised apples, caramel and marzipan. Fenugreek Leaves provide a twist, then raspberry jelly and red kola. A splash of water reveals leather and orange peel.

In the mouth: slightly underpowered, vanilla and cranberries with liquorice on the finish. A little clammy in places. Plasticine, grapefruit and a touch of rubber. Adding water I felt wasn’t really of benefit.

Much better and a success overall. There’s still something on the palate that I cannot pinpoint exactly; maybe something along the lines of sooty fenugreek. It’s in there midway, but I’m pleased to say this is much better from Sack Man.

Now, for something totally new with As De Picos and their new make, or what they refer to as their white whisky, which is water down to 48% strength and sold for €19, which underlines how affordable DYC is compared to many of the other Spanish distilleries. You’re paying for the handcrafted nature and Emma tells me their debut 3 year old whisky is due sometime in March of this year. Inspired by the Picos de Europa (Peaks of Europe) mountains, the team originally made a name for themselves as winemakers before moving into spirits.

On the nose: very fruit with apples and pears, some Kiwi fruit. Alongside there’s polo mints, a sappiness, hemp and liquorice root. A touch gin-like in places as well.

In the mouth: all those meadow fruits return once again with apples peel dominating more so. Very refreshing, gooseberries and more of that minty aspect.

A solid new make spirit. In Scotch terms it’s not the best by a large margin, nor is it the worst either. I can sense a light style of whisky that should do well in a warm climate. I’m interested to experience that debut and see what else they have in store for us.

No scoring, as it is just new make spirit. Don’t worry, I’m not turning into Tweedlord.

For our last whisky, we have a new name and something that promises to be just different. This is 5 years old and fully matured in 300l Brandy solera barrels; which means flavour. These barrels consisted of 6 made from French oak, the other 3 American oak from Cincinnati. Bottled at 40% strength and an edition of 3583 bottles.

This comes from the Lehmann distillery, which has been in existence for 150 years and is now turning its attention to whisky. A beautiful part of the country, expect to pay €24.50 for this particular release.

On the nose: creamy, vanilla icing, bubblegum, cream soda and just odd. With time there’s some nuttiness, caramel and lime.

In the mouth: ah, its vanilla essence gone mad. Lots of creaminess, sickly sweet in places and then a musty sourness, like an old damp carpet with alcohol on the finish. There’s also tarragon, cream soda and a yeasty flat beer element.

This has character, perhaps not to everyone’s taste but it is memorable. Speaking to Emma, she suggested this was reminiscent of Brenne Cuvée Spéciale French Single Malt Whisky. I can see that in places, but the whisky for all the weirdness, isn’t half as bad. It has a certain funk and swagger to it – a character that would have been wiped out by a Whisky Consultant. Maybe it needs more time? So, let’s keep watching.

One of those whiskies that’s hard to score because there is no real reference point. Using my own instincts and whether I’d have a bottle and I’ll probably buy one to continue the exploration. I’d score it…

My thanks to Emma of Todo Whisky for the samples, photographs and fielding my endless questions. 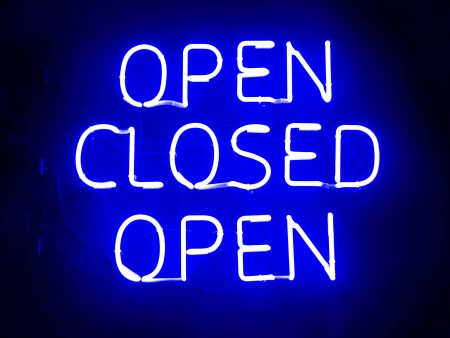