Left to my own devices, I would have gone with medium peat and bourbon casks, without a strong inclination about the number of distillations. However, today the choice has been made for me, so: it will be no peat, three distillations, and sherry casks. Those of you who didn’t peek at the title might have guessed anyway that I’ll be looking at a Hazelburn release from the Springbank distillery.

There’s been a decent amount of Hazelburn coverage here on Malt. With regards to this particular expression, the annual Oloroso cask release: Mark favorably reviewed the 2003 13 Year Old back in 2017, while Jason was less complimentary of (but still overall positive on) a 2004 13 Year Old a couple years later. In that review, he noted the difficulty of finding sherry casks of a suitable quality, as well as the fact that some folks just don’t care for the unpeated distillate that is the foundation of Hazelburn.

I’m a fan of Springbank, as is everyone (bar Phil), and have enjoyed the several Longrows I have tried. This is my first experience with Hazelburn and I am arriving with a generally positive impression of the distillery, but no specific preconceptions about this label/style in particular. Whenever I find myself without a strongly held opinion but require one to move the preamble to a review along, I consult my go-to source for vehement beliefs: Twitter.

I put this question to the Twitterverse: “first thing you think of when I say ‘Hazelburn?’” and the responses varied. In chronological order of receipt: [yum emoji], “boring,” “a cracking wee whisky,” “Best triple-distilled whisky. The end,” “Shhhhhh,” “The gorgeous annual oloroso release [yum emoji, again],” “Not as good a distillate at younger ages as Springbank and Longrow, needs more time. Those two set the bar very high so it’s still a great whisky in its own right, mind.”

So, there you go. Not unanimous, but clearly leaning positive, particularly with respect to this particular expression. Speaking of the whisky at hand: this was distilled in October 2004, bottled February 2019, at an age of 14 years. 9,900 bottles came to us at a strength of 49.3% ABV. A bottle of this sells for $120 near me; this sample was a generous gift from Ryan, for which he has my thanks and praises.

On the nose: A topnote of rubber mingles with some scents of floral soap. There’s a lavish note of vanilla, a dusting of talcum powder, and a sweet and richly meaty scent of glazed pork tenderloin. Candle wax, Christmas spices, chocolate nonpareils, tangerine peel, and the slightly nutty and funky creaminess of Tête de Moine cheese emerge over time. With enough sniffing, I start to get another Christmasy note, this time the aroma of a freshly-cut pine tree. Underpinning this all is the sweet and pleasant red fruitiness of stewed cranberries, perhaps the best of the notes imparted by the Oloroso cask.

In the mouth: Starts with a sweet and slightly tart burst of red fruit straightaway, though this quickly takes on some more earthy flavors of black licorice, bitumen, and cigar ash. For not being peated, this brings plenty of smoky and sultry flavors at the darker end of the register. This loses me a bit at midpalate, where it thins out both texturally and in terms of the flavor profile. Where I might have expected a full-throatedly fruity body to fill out, instead this becomes very lean. There’s a tannic woodiness that becomes slightly bitter, as well as some vaguely nutty flavors. I taste a bit of tart citrus fruit for a split second, but this is not sustained in any meaningful way. Through the finish this recedes yet further, with a subdued re-emergence of the floral note from the nose and a vague creaminess around the outer perimeter of the mouth as the only souvenirs of the journey.

The nose put me perfectly in the mood for cozying up by the fireside right before Christmas, with a pair of wool socks on my feet and a bowl of dried fruit and nuts in my hands. While the palate started promisingly enough, this ultimately became too hard-edged and not sumptuous enough for my tastes. There was a clear hole in the middle of the mouth, where some plump fruit would have made all the difference.

Though it’s hard to tell from this sample alone, I might just be one of the folks who doesn’t fancy Springbank’s unpeated distillate. Or were the casks to blame for exerting too much of a bitter woody influence, without any of the generously winey and fruity notes for which sherry casks are prized? Whatever the source of the shortcomings, and in light of the comparatively high price, I am docking this a point off of average. 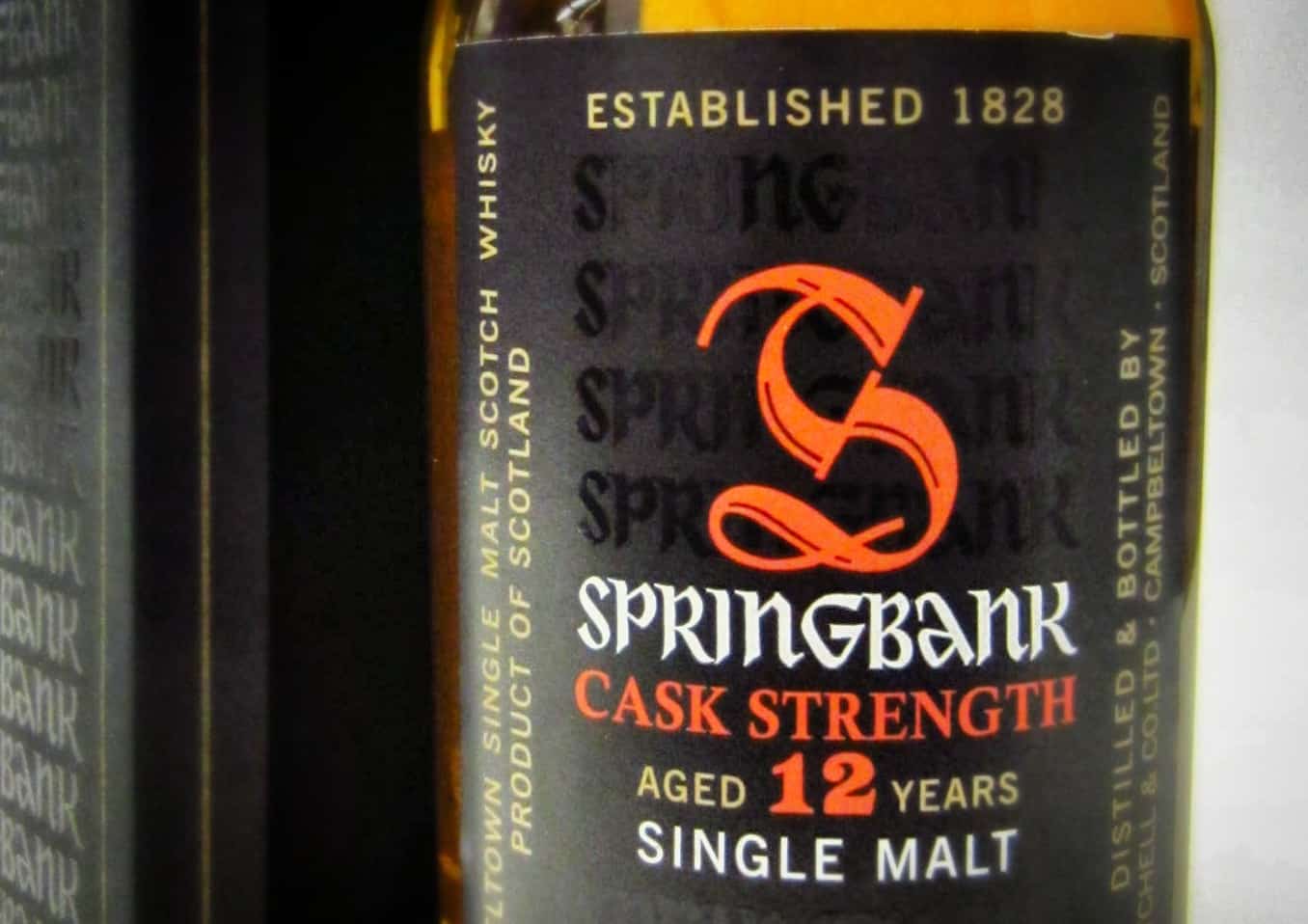