It’s all we ask for in sourced bourbon. Some whiskeys are transparent; some are translucent. For those of you heading to a dictionary or imagining a jellyfish, I might better define this as “semi-transparent.” How much information is enough? Do we really need to know the mashbill? Is the origin sufficient? Is the good will of the company enough to overcome the knowledge that we, the one percent, the bourbon snobs, demand?

Barrell has been forthright since their inception: its goal is to find exceptional barrels of whiskey for individual release. This approach has then morphed into blending whiskies from different states and backgrounds. More recently, I have had some amazing finished products from them. I have had their wine-finished bourbons and found them not just interesting, but scintillating.

Joe Beatrice, the company’s founder, was a digital marketing guru who decided to move from New York to the bourbon capital of Louisville. He hired a Brown-Forman veteran, Tripp Stimson, as his Chief Whiskey Scientist–a title almost as cool as the bourbons they have been blending and releasing.

If you are still wondering where the brand’s name came from, well, the founder thought that it was representative of who they were as bottlers, blenders, and finishers of unique barrels. Of course, using a traditional spelling would probably make it hard to stand out in internet searches; thus, the alteration.

Their growth has been exceptional, and with good reason. A win for best bourbon at the 2020 San Francisco Spirits Competition proved they have a skill for creating exceptional bourbon. Now, they have branched out to blend whiskies of all kinds, creating blends and finishes of casks from multiple states. These often result in incredibly steady releases of good bourbon, one after another.

With Barrell’s reputation for picking barrels, blending AND finishing, I was more than ready to pay a premium for this private release. The front label says it is a blend of 30% 5-year, 30% 9-year, 35% 13-year and 5% 15-year bourbons. As always, on the back label, they tell us the states of distillation which, in this case, are Tennessee, Kentucky, and Indiana. Possibly it could be even more fun if they provided the cities that these whiskies came from. Blending whiskies is fun, but could you imagine the fun and challenge of blending whiskies from multiple distilleries?

The bourbons are blended and then put back into barrels previously used to mature one of the components. Codes for each private release can be looked up on the Barrell website; this one is A41K Blend, Bottle 126. This particular private release was picked by the team at Binny’s, and I purchased it at one of their Chicagoland locations for this review. Retail price was $99.99.

The production process is quite the exercise when you think about it:, both labor-intensive and artistic. Does it justify the $99.99 price tag? That is the question. So many “blue bloods” produce very good products at $50-$75. My samples of their wine-finished whiskey were otherworldly, so I wondered: would my jump into a basic bourbon be as fantastic?

Color: Translucent orange rinds; almost takes on the color of the label on the bottle itself.

On the Nose: Carrot cake. No frosting. Perhaps someone came in with a heavy hand of cinnamon, but it’s all lightened and balanced by the 114.44 proof vapors that are coming through. No singe of the nose. It’s welcome. Warm. Perhaps it’s the snow outside that I just shoveled (multiple times followed by multiple tastings), but I am ready to be inside smelling something wonderful in the oven.

In the mouth: The mouthfeel is rich. Drippy caramel; it coats the tongue and waits. A wonderful sipper. At first, I am taken aback. I like bold flavors, and often times when a bourbon has a higher proof point, I welcome and anticipate a big kick, but not here. That balanced nose is an equally balanced taste. As the liquid pours through, you are introduced to dark spices, but none that ever grow astringent, as the sweetness from the toffee notes blanket them. On the finish, that toffee and soft spice linger. The proof is perfect here, enough for a Kentucky/Indiana/Tennessee hug. It hangs around so much that you are in no rush for another sip. Sipping more amplifies the spice and heat, if that is your style, but those that like to nurture their glass for the evening will be happy here.

Is it better than other $75 bottles I have had in the past year? I would say so. Is it on par or better than other $99.99 bottles I’ve had? The truth is that I rarely venture this high in price when tasting bourbon. There are so many good drinks to have from $40 to $80 that I seldom see the point in going up this high; however, the balance and nuance here means that I don’t regret putting down the $99.99. The premium does play a part in my final score.

For comparison, I decided to sample this against some of my own $75 bottles and even a sample of Booker’s Pigskin Batch given to me by Malt’s own Taylor Cope. Whereas the Booker’s is bold and brash, this Barrell is balanced and nuanced, with almost identical notes for me. So therein lies the conundrum: if your whiskey tastes favor the big and bold, then I would say: venture elsewhere. If you want something that drinks easy at a high proof and provides you with a guessing game (in a good way) of where its stock and flavors come from, then this one is worth a spot on your bar. 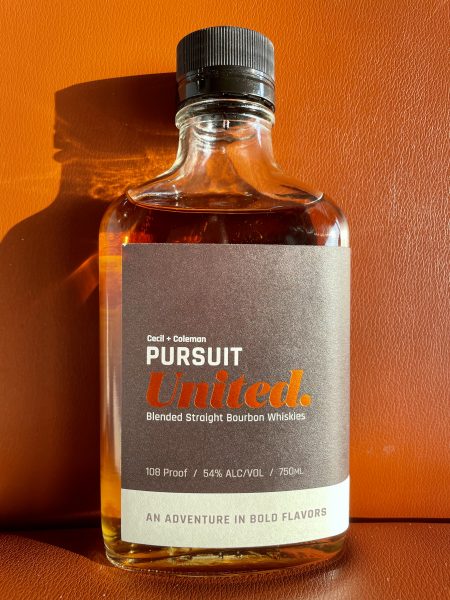