“I don’t care what they’re going to say.” – Queen Elsa

I’m back in my happy place. No, not Arendelle. I’m cozying up with a superannuated grain whisky. Loyal readers will recall that this particular libation puts me in a mood so contented that it lapses into maudlin; a few sips of very old grain whisky and life becomes one big Thomas Kinkade painting.

This view is hardly consensual. No sooner did I wax emotional about the tonic effects of very mature grain whisky on the soul than I was rebutted by Mark. In that piece, he harkened back to grain’s function as a component of blends – especially cheap ones – with the price of the resultant product inversely proportional to the quantity of grain whisky in the blend. About the only sop he was willing to offer me was that grain ceased to be flavourless (spelling and emphasis his, y’all) after “it has spent about three decades in a cask.”

How about almost five decades? That’s what we’ll be contending with here today, courtesy of a release from our friends at Single Cask Nation. I previously had a chat with Jason Johnstone-Yellin, one of the Single Cask Nation co-founders, in which we touched on his appreciation for grain whisky.

Speaking of Jasons: our Jason (or is it “oor Jason,” given this is Scotch whisky?) had a look at a sister bottling of 1974 Invergordon from Single Cask Nation’s second U.K. outturn. He described that cask as “loungeful,” which sounds like precisely what I’m after. In my book, if you’re not mostly horizontal when savoring an aged grain whisky, you’re doing it wrong.

Before I have a lie-down and a sip, a brief introduction to Invergordon for those not familiar with its history: Built-in 1961, Invergordon Distillery is in the town of Invergordon on the Cromarty Firth, in the Highland region of Scotland. After decades of the parent company (Invergordon Distillers) passing through several owners’ hands, the distillery was acquired in a hostile takeover by current owners Whyte & Mackay in 1993.

In an attempt to green up the distillery, Whyte & Mackay announced the demolition of the dark grains plant in 2016. This plant, which previously processed the spent wash of the distillery into draff and pot ale syrup for supply to local livestock farmers, was replaced by an anaerobic digester at a cost of £15 million. The new facility processes by-products from Invergordon as well as Dalmore and Tamnavulin into biogas, reducing the carbon footprint of the enterprise.

Back to whisky: The grains used at Invergordon are principally wheat and maize, with water coming from Loch Glass. A fermentation time of 70 hours is followed by distillation in three Coffey stills, with an ABV off the stills of 94.4% and a cask filling strength of 71%. The resultant grain whisky is a backbone of the parent company’s eponymous blends (coincidentally, some of the very first Scotch whisky I ever drank, way back when).

On the nose: Subtle to start, this has the gently citric sweetness of lemon meringue pie. As the whisky breathes, this broadens out into a plump, buttery and creamily rich note. I’m getting an uncanny note of Conversation Sweethearts candies that brings a smile to my face. There’s a faint roastiness and a very slightly funky note; aromatically, this shares a lot in common with 20+ year old white Burgundy. Some exotic accents of lemongrass, cardamom, and ginger dance around the periphery.

In the mouth: Equally gentle to begin with on the palate, this has but a wisp of dilute sweetness when it meets the tip of the tongue. The body fills out somewhat toward the middle of the mouth, though this remains comparatively lean. I was hoping for a reprise of the buttery note from the nose, but this emphasizes more of the spicy notes as well as a more piquant woodiness. There’s an emergent note of butterscotch that appears toward the finish, but mostly this tacks very lithe in comparison with other examples with comparable specifics.

This is an entirely different beast than the Boutique-y Invergordon, a fact which supports precautions about generalizing when it comes to grain whisky. Whereas the prior expression was supple and rich throughout, this Single Cask Nation bottle showed more of that on the nose and less in the mouth. Aromatically it’s more compelling, but there’s less follow through on the palate.

This is also a fair deal more expensive than the Boutique-y bottling (adjusted for bottle size). Reflecting an overall assessment of fair value for the money, I am awarding this a score in the middle of the range. 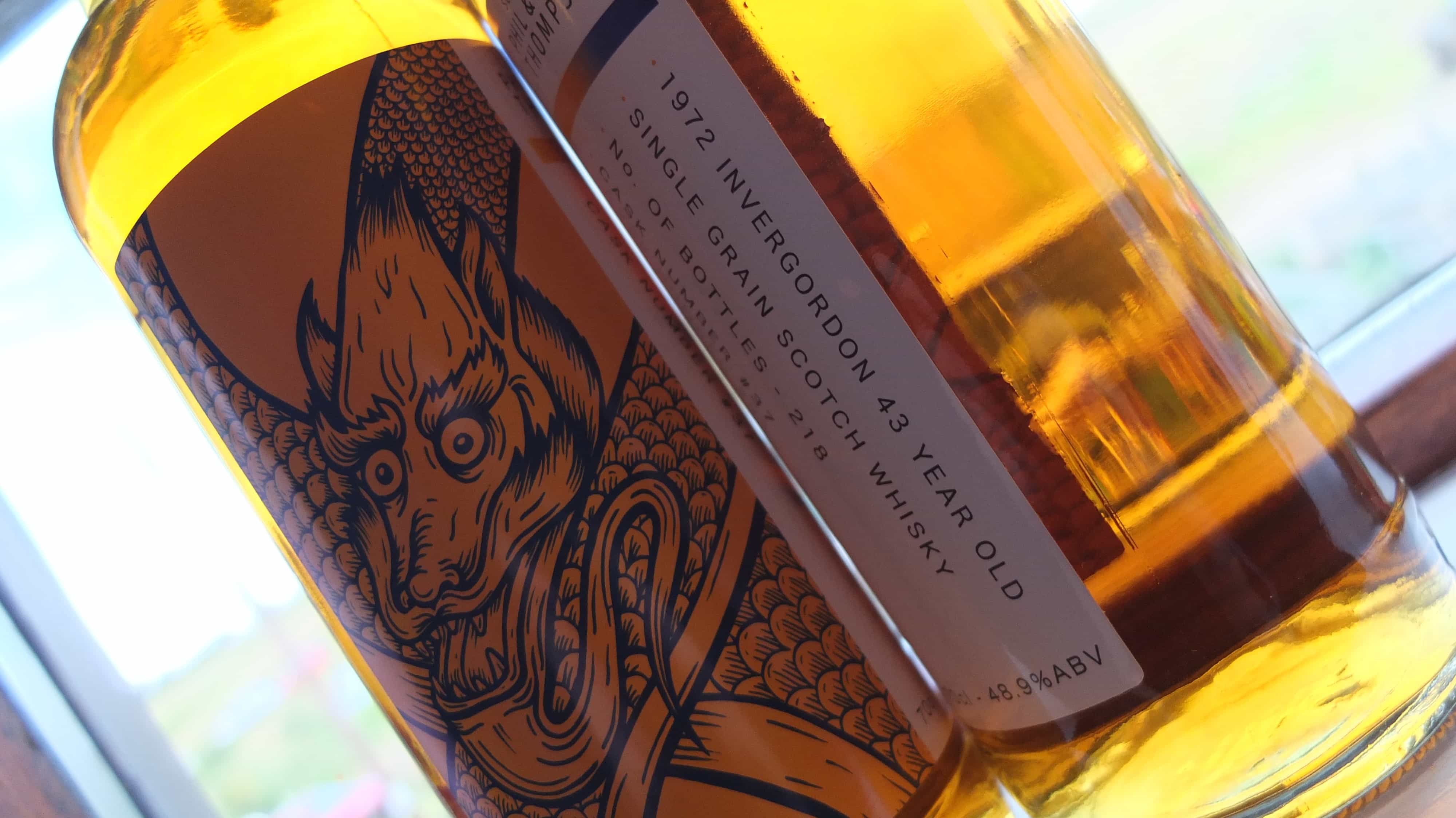