As you can guess, this is a spur of the moment review inspired by the announcement of the new Japanese whisky regulations. This is the news I’ve been waiting for since it was mentioned by a Kirin rep during The Whisky Exchange’s 2020 Whisky Show. Billy Abbot has written a great article breaking down the new rules. With the deadline to follow the rules being March 31, 2024, we won’t be able to joke about certain Scotch whisky ending up in Japanese whisky blends in the near future. Unless, of course, whisky-producing Japanese companies opt to rebrand or relabel some of their products into “world blends”, which is one of the things the Watt’s have predicted.

If you’re not familiar with the joke, Scotch has long been imported into Japan to be part of blends. Some are labeled as Japanese whisky while some are assumed to be Japanese whisky because they’re from one of the well-known producers. It’s long been an open secret in the industry. Most of the veteran whisky geeks I know of, usually point to Nikka being the most open about this. Nikka is notorious for using Ben Nevis in their blends as they have owned the distillery since 1989 and had a long relationship with the Fort William producer prior to this. The benefit of this arrangement is the lack of Japanese whisky production as, for the longest time, only Nikka and Suntory were the big producers.

Stephen Lyman (shochu_danji), points out in this Japan Distilled podcast episode that Nikka and Suntory don’t get along. This is partly due to their history of Masataka Taketsuru drifting apart from Suntory and starting Nikka. Such bad blood means there is no trading of distillates and casks between the two companies. I think this is one of the reasons why each of their distilleries has more than one type of pot still, to produce a different style of single malt.

What does this mean for Japanese whisky? I am not sure of the entirety of it, but this is a good step forward in ending foreign whisky from being bottled and labeled as Japanese whisky. For one, the new regulations don’t mention how companies will be punished if they don’t follow this. Saccharification (the conversion of starch to sugar) will have to be carried out at a distillery in Japan, also barley for Japanese whisky must now be malted in Japan. Does this mean we are going to see more malting floors in Japan? This could also mean that we might see cereal grains being inoculated with koji (which is a huge part of Japanese tradition as it’s used to make sake and soy sauce) to be used in Japanese whisky blends. The new rules also only say Japanese whisky can be aged in wooden casks and not restricted to oak. Could start seeing traditional Japanese wood such as Cedarwood to age Japanese whisky? Stephen Lyman also pointed out that there is no mention of double distillation being a minimum requirement for single malt. Are we going to see double-distilled Japanese single malt blended with single distilled single malt?

Ultimately, this means we can finally start seeing more Scotch whisky, which is currently being used in Japanese whisky blends, being bottled as single malt Scotch. Finally, it will be easier to source both original bottling and independent bottlings of Ben Nevis. I’ve only ever tried the 10-year original bottling once. This 18-year bottled at 48.4% Old Particular (OP) is, I think, only the second Ben Nevis that I’ve tried.

OP is a brand under the independent bottler Douglas Laing which bottles both single malt and single grain Scotch. Asia-Pacific regional sales manager Paul Wang, who helped me with my Remarkable Regional Malts review, said all OP are single cask, non-chill filtered and natural color. He says that the age range of OP is 14 to 21 years and is bottled in three styles. It’s bottled at cask strength. Scotch 18 years old and younger are diluted down to 48.4%, while whisky older than 18 years old, is bottled at 51.5%.

In the mouth: There’s much more heat here while it wasn’t noticeable on the nose. There’s this light taste of peat, but no smoke, which reminds me of the Taketsuru NAS’ initial flavors. The lemon is still there but it’s more like an oleo saccharum now. There’s a quick zesty soap taste after. It transitions into a mild barley husk and chamomile taste but it’s more leathery now. After it comes out light and brief tastes of honey, vanilla, lemon marmalade and lemon-flavored NERDS candy. At the end is a mild and lasting taste of French toast.

Drinking this really made me think of the Nikka blends. To be specific, it’s the slight peat with the floral and barley husk flavors I get at the beginning when I drink any. Nikka announcing the revamping of their Taketsuru line makes more sense now, with the announcement of the new Japanese whisky regulations. They probably saw the writing on the wall that they can no longer mix Ben Nevis to that brand and call it Japanese whisky.

As I mentioned above, I don’t have much experience with Ben Nevis but I like the character of its distillate. This isn’t for everyone as the distillery DNA can be considered funky from a Scotch single malt sense. It has character and stands out, so it won’t be called “smooth” by new and unadventurous whisky drinkers. Maybe fans of more interesting single malts like Dailuaine and Clynelish will like this?

This bottle cost me around $110. For a hard to find 18 year old single cask single malt bottled at 48.4% and natural color, the price is worth it. It’s been close to five years since I’ve seen a bottle of original bottling Ben Nevis on the shelves. The last time was in Tokyo… 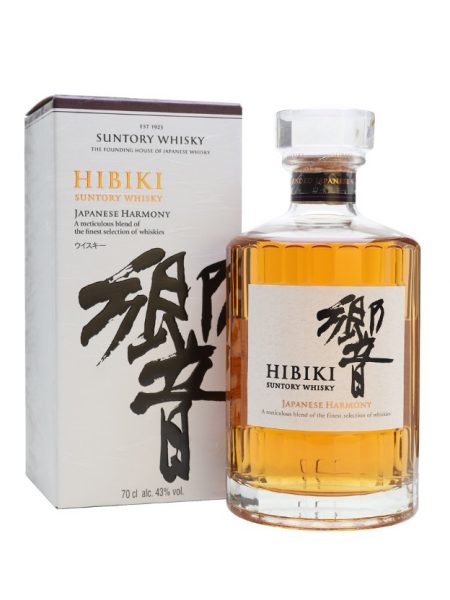