The three most consequential words about this whiskey are hidden in small font on the back label of a bottle that is among the most ornamental I have ever seen. There’s a gold plastic medallion inlaid toward the top of the bottle, bearing the Latin motto “BIBAMUS MORIENDUM EST” (“Let us drink, for we must die”), a pair of crossed revolvers, and the outline of the state of Nevada. The gold foil lettering pops off the matte black label, proclaiming “NEVADA H&C DISTILLING Co.” and “LAS VEGAS.”

For those of you that haven’t been to Las Vegas: it’s an incredible place. Imagine being able to come up with a fantasy version of New York City that somehow manages to be worse than the real one? Now imagine that abomination being just down the road from a plaster Arc de Triomphe, an ersatz Venetian canal, and an establishment that calls itself “Caesars Palace” without any hint of ironic self-awareness. Now, consider that the bars never close and prostitution, despite being putatively illegal, is a $5 billion per year industry. Las Vegas is what would happen if Epcot had a fling with Amsterdam’s red-light district and left the love child to be raised by wolves.

In case you can’t tell, I’m not the target audience for Las Vegas. The last time I was there, I arrived wearing a three-piece suit and clutching a ticket to the Mayweather-Pacquiao fight. After donating several hundred dollars to the Wynn sportsbook and having witnessed some unenthusiastic pugilism, I spent the wee hours of the morning sleeping on the floor of the airport. Despite converting my coat and vest to a makeshift pillow, my slumber was periodically disturbed by a themed slot machine six feet from my head which would, at 15-minute intervals, loudly proclaim “WHEEL! OF! FORTUNE!”

While I don’t have any return trips to Vegas planned for the rest of my days on Earth, I have to admit that I have a begrudging appreciation for that decadent, depraved place. I therefore find it appropriate that Smoke Wagon claims Las Vegas as its home. If Smoke Wagon weren’t already based in Las Vegas, it would have to move there in order to maintain cosmic harmony.

Though Smoke Wagon has yet to garner any coverage here on Malt, I’m able to dispense with our customary in-depth introduction. A superlative article about this peculiar brand has already been written by Aaron Goldfarb; it should be required reading for anyone who professes interest in bourbon in the year 2020.

In the way Las Vegas is a look at America through a funhouse mirror, Smoke Wagon is a microcosmically grotesque encapsulation of what’s going on in the American whiskey industry more broadly. The bourbon comes from a “Distilling Co.” that does not distill, nor are its owners making any pretenses about being in the process of planning to consider talking about thinking about distilling. The company throws around buzzwords like “Small Batch” and “Private Barrel” with the insouciance of a well-heeled shooter at the craps table. Of course, they source whiskey from MGP’s prolific Lawrenceburg distillery.

Smoke Wagon also says they improve “their” bourbon through blending. Let’s consider this statement from them:

“Our high rye content bourbon is aged in the heart of a century-old brick warehouse. To ensure a unique and consistent flavor, barrels are hand-selected to create a perfect blend that is smooth and at the same time bold and intense.

Released in 2016, our goal was to create a unique great tasting high rye content bourbon. The problem is that rye ages much faster than corn. So while our younger vintages had a big rye spice flavor (which we love) the mouthfeel was too thin and it lacked the sweet, delicate complexity of a well-aged spirit. Our older vintages had the smoothness and sweet notes that can only be achieved by moving in and out of #4 char and caramelized oak for many, many years, but the nice rye spice had been aged out!

So what to do? Find the perfect blend.

We combined the two. The younger vintages maintain the bold spiciness of the rye, cut down on the tannins and keep it fruit-forward. The older vintage brings in a creamy mouthfeel with sweet aromas and taste notes that only appear over time from aging in a barrel.”

To an uninitiated prospective buyer, this may sound like a thoughtful and deliberate approach, combining the best of both barrel types to deliver a superior favor experience. However – apart from single barrel variants – this is almost exactly what happens to every whiskey produced at every distillery from Allt-á-Bhainne to Wild Turkey. Barrels are selected in order to achieve a desired flavor profile, with the high points of one offsetting the lows of another, and vice-versa.

There’s no particular reason to think that Smoke Wagon’s bartender-cum-“distillery”-owner-who-doesn’t-do-any-distilling would be specifically better at blending barrels than other folks in the industry, many of whom have spent their professional lifetimes learning and refining this art. Add to this the fact that the “century-old brick warehouse” is the same one from which every other sourced MGP whiskey originates, and it’s difficult to figure out why this Smoke Wagon bourbon might be a meaningful improvement over the many similar whiskeys sitting on store shelves.

In terms of price, these Smoke Wagon bourbons aren’t quite the tear-jerkers that other sourced and repackaged whiskeys are. However, they’re still not cheap, considering this is – I remind you yet again – MGP bourbon with undisclosed parameters of mash bill (21% or 36% rye, presumably), age, batch size, and so forth.

The Small Batch expression, the subject of today’s review, sells for $55 at my local and was available via Shared Pour for $51.99. That puts it above the Straight Bourbon (46.25% ABV, $35) but below the Uncut Unfiltered Straight Bourbon (56.85%, $70). This bottle was generously sent to me by Anthony, and I hope you’ll join me in extending him the sincerest of thanks.

On the nose: There’s an ebullient fruitiness to this. At first, I notice zesty citrus notes similar to a New World Sauvignon Blanc. There are also some richer aromas of ripe pineapple and banana, and a pleasant caramel note. The rye in the mash bill imparts a spiciness, but this is not the pure black peppercorn note that may be familiar to committed rye drinkers. Rather, the bite comes to us as though in a blend of other sharper spices like cinnamon and paprika. With time, I am picking up more exotic scents of sandalwood and some crushed flower petals. Overall, the elements here knit together harmoniously, but none stand out as being forceful enough to denote any special character.

In the mouth: Like the nose, this begins with a plethora of cheerful and tart fruit: gooseberries and grapefruit pucker the lips and tingle on the tip of the tongue. Strangely, this drops nearly dead as it moves toward the middle of the mouth, where the acidic and sour texture remains, but all the flavors dissipate abruptly. There’s some mildly peppery tastes that mark the finish, which is gone as quickly as it begins. A vaguely spicy tingling around the gums is the sole reminder of this whiskey.

Considered in its entirety, this is pretty forgettable. There’s not a flaw to be found, but there’s also nothing that stands out as distinguishing this as the product of inspired blending. Returning to my prior cynical consideration of the Smoke Wagon value proposition: there isn’t any. This is commodity whiskey bought wholesale, blended by folks who have evinced no unique competency for that art, filled into fanciful bottles, and sold at a markup. Many others can (and do) offer whiskey that is functionally identical to this in all the ways that one should care about.

While the whiskey is not outlandishly expensive in the grand spectrum of bourbon, that’s because there’s so many ludicrously marked-up bottles on retail shelves. Not being the worst of a terrible bunch isn’t sufficient to warrant praise on this site, in comparison to others. In light of all the above, I’m knocking a point off average and calling it a day.

As a postscript, I should note that the distribution of Smoke Wagon whiskey is not universal currently. Availability is limited to eleven states, and my mention of this bottle to acquaintances elicited more than one request for a sample on the grounds that it had not yet arrived in their respective areas. To once again invoke the place that Smoke Wagon is sort-of-from-kind-of-not-really: what gets blended and marked up in Vegas should stay in Vegas. This whiskey is all style and very little substance, making it an ideal pairing for plastic castles, slot machines, and Australia’s Thunder from Down Under.

The Shared Pour link is a commission-based one, should the product ever come back into stock. 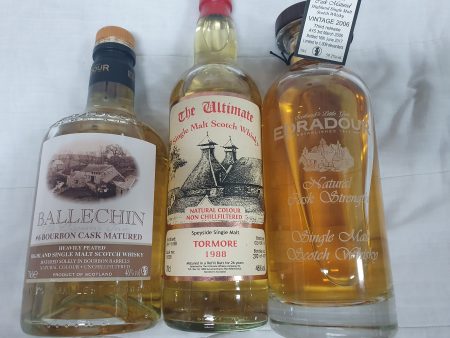