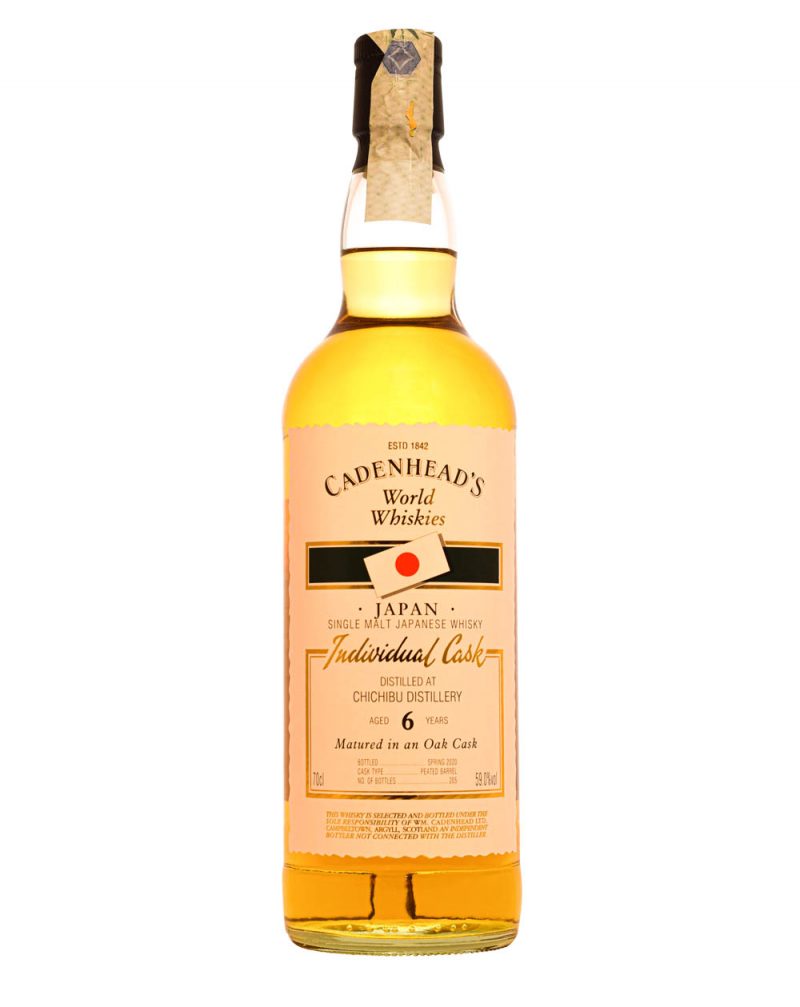 Aye, something from Japan and Chichibu so we can at least guarantee it’s 100% Japanese!

During my recent interview with Mark Watt for Malt, I queried what were the memorable bottles that he’d been involved in during his long career? From a long list of possibilities, the most recent example he gave was this Cadenhead’s Chichibu, which took 6 years of repeated attempts to come to fruition and pestering the powers-that-be at the distillery. Sadly, Mark had moved on by the time Japan’s most fashionable distillery was released by Scotland’s oldest independent bottler. However, that hard work paid off in the end, as persistence always does.

This chat prompted a light bulb moment, as the Edinburgh branch of Cadenhead’s was kind enough to give me a sample of the release, far too long ago to remember, until now. There was a ferocious swarm around this release when it landed, my thoughts were elsewhere at the time. I do pity shop staff when everything comes out of the woodwork to try and purchase a bottle. Various stories and excuses are told in the hope of being granted that opportunity to purchase the latest holy grail release. Saying ‘no’ to customers is difficult, but even more so when those on the other end cannot accept the fact.

So, we have that moment here instead. A debut single cask bottling from the most prized and chased of Japanese distilleries. What I quite enjoyed from the side lines and watching the chase, was that this was the most basic of Chichibu releases in terms of presentation. No fancy box or lavish label art. No fanfare or ridiculous price tag. A plain label with just the basic information and your typical ‘keeping overheads low’ Cadenhead’s packaging. Perfect in many respects and classic of Cadenhead’s.

We’ve seen a flurry of Chichibu releases over the last 18 months or so. Possibly in advance of the new Japanese regulations from the Japan Spirits & Liqueurs Makers Association:

These changes were greeted with universal enthusiasm. Japanese whisky, at last, is finally getting its house in order. For this particular Cadenhead’s release, the cask to qualify as Japanese whisky going forward, would have to be bottled in Japan. Much like Scotch whisky, the complete process must be contained within the country to receive that official stamp of approval. Gone are the days of wheeling Chichibu casks around, instead now it’ll be a flurry of bottles being shipped across the world.

Now, we’ll just have to watch as the deadline for these changes’ creeps closer. The changes that some producers in Japan will have to adopt. In some cases, arguably Nikka the most, changing some of their core releases from Japanese whisky to a world blend. Perhaps even, revisiting their own domestic production and inventories. Coming up with solutions or even new whiskies to reimagine what Japanese whisky should be heading into 2025 and beyond.

The thought of these guidelines brings back memories of the Cadenhead’s Paul John release that was shipped in such a fashion only to be poured back into a cask in Campbeltown for further maturation. Such a practice wouldn’t be allowed under the new guidelines to qualify as Japanese whisky. So, interesting times ahead for us all and some sense of reassurance when buying a Japanese whisky, it is actually Japanese going forward.

What’s been overlooked by many is this essential definition from the Japan Spirits & Liqueurs Makers Association, offers Scotch an opportunity. Here in Scotland, we have rules and these are strict; we know how fond the Scotch Whisky Association is of enforcement. However, while we have perimeters, we don’t have clarity and at times, the lack of clarity disappoints customers. Why not even go further now?

Let’s have more openness about colouring, or even remove it completely, or at least in single malts? The contents of blends; the back bone of the industry is still shrouded in mystery as to what’s in your glass. For a slice of the population, they’ll be reassured by the mere presence of ‘scotch blended whisky’ and a familiar name. A growing proportion enthusiasts want more detail, some going so far as to question the whole regional aspect that the SWS and tourism industry clings to. Why is a whisky distilled on Islay but immediately shipped off the island to mature on the mainland can claim to remain as just Islay? The answer is simply because it suits the industry, just like the green lighting of tequila casks.

All this whisky talk means it’s time for a dram. This Chichibu was matured in a peated barrel, producing 205 bottles at 6 years of age at a robust 59% strength. Long sold out, you know where to look if you really want a bottle; but is it worth the price?

On the nose: some peat and wood undertones are what mainly defines this arrival. Pinewood, honey note and some lemon sponge. Pine needles? Youthful, yes. Creamy in places with some coconut, dirty vanilla and a little salt. Water reveals vanilla custard, key lime pie and some fruits with apple, pineapple and some bacon fat.

In the mouth: I don’t think this is working, the peat, damp wood and some well-fired biscuits. Lemon, apples and pepper as well, water helps but it still feels flawed and unsure of what it is right now.

One of the more disappointing Chichibu’s that I’ve experienced. Whether that’s the weight of expectation versus demand, can only be judged on individual merit. I find that this whisky is still trying to decide its direction. The peat wood versus the spirit. It’s in a quagmire right now and with no direction, you’re left to pick apart the pieces and make sense of it all… or go chase. I think my energies are best left to focus on finding something else. 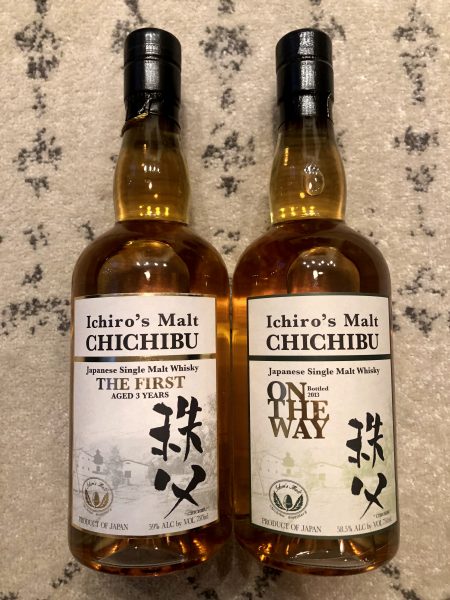