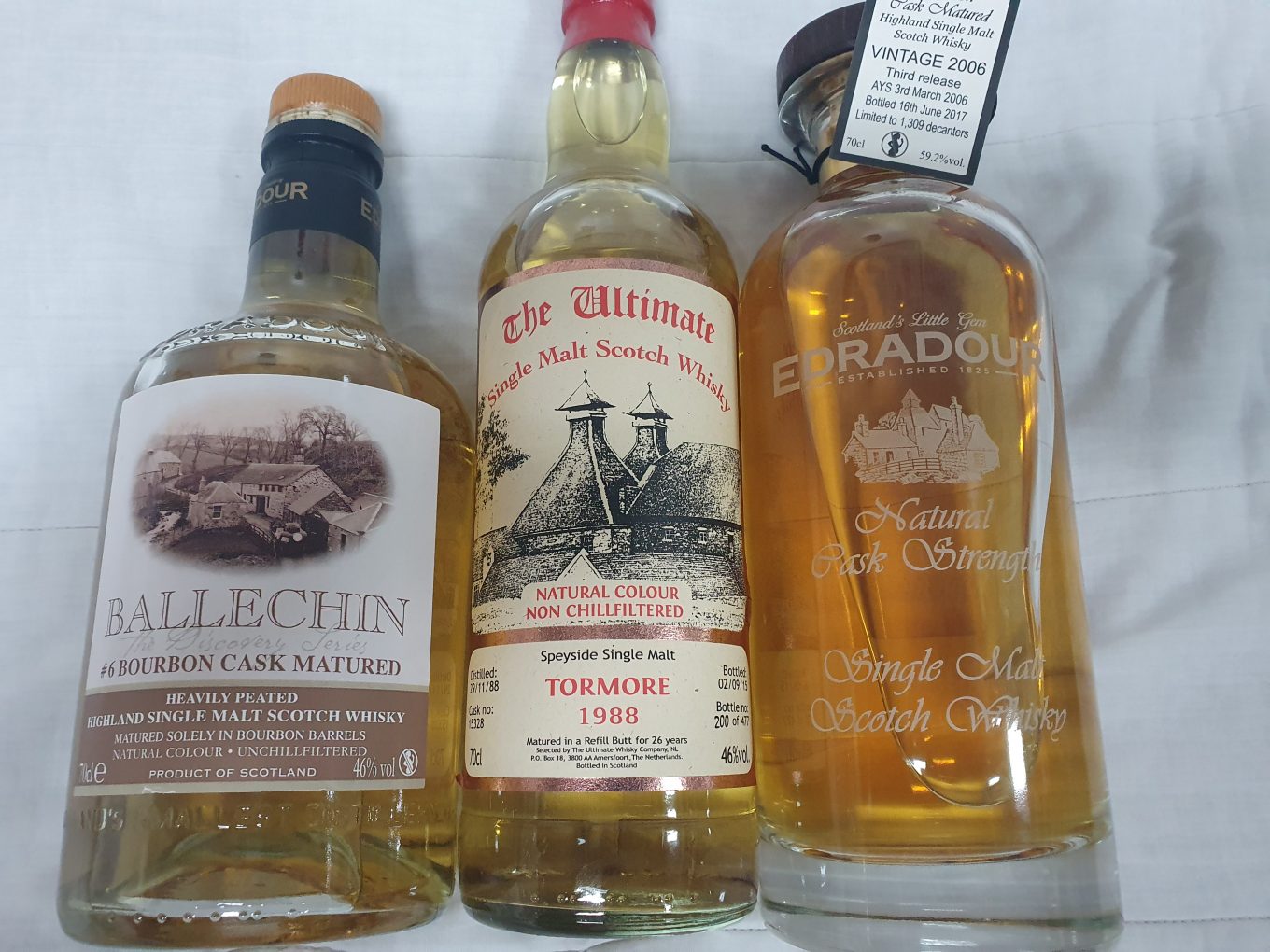 In an age where credibility is, often, not given to whom it is due, this piece is something that came to mind as soon as the following bottles arrived.

These are single malts I struggled to acquire after I joined the Malt team back in late 2019, so I’d like to dedicate this review to the Malt writers who reignited my interest in Scotch. As I’ve said before, I lost my interest in whisky due to big brand marketing dominating local conversations. Discussions and information on Scotch was and is still pretty stale in my neck of the woods, but thanks to Malt, I learned more about the processes and happenings in the industry. I am also grateful to Malt for the push I got to try more interesting and less famous malts like Edradour, Ballechin and Tormore.

Close followers of Malt will know that Jason and Mark are huge fans of Tormore. They even got Taylor on the wagon for a bit. I’m not going to get into any technical details on the distillery, as there are already comprehensive articles written on Malt. They just piqued my interest; I had barely heard of this single malt, yet they’ve been raving about it in the same way that newbies enthuse about Yamaki. Finding a bottle wasn’t easy, as I was only able to find this bottling of Tormore by Netherlands based indie bottler The Ultimate. This is also a bottler I wasn’t familiar with, and thus had never owned until now.

This won’t be my first Edradour, as I reviewed this a long time ago. Despite that, the single malt isn’t something I really understood; my experience of it was only through that bottle. The concept of distillate-forward spirits was also unknown to me when I bought the bottle. This is an opinion on which many other more knowledgeable whisky geeks agree: trying an ex-bourbon aged spirit is the best way to evaluate it… but the one Edradour I had was aged in port casks. I’m lucky I found a bottle of this single cask Edradour for around $60 in Japan.

This Ballechin was a no-brainer for me, as soon as I learned that there was another peated single malt out there. It’s also being made in Edradour, no less. This short statement should be enough of a reason for peat heads to understand.

On the nose: A tropical fruit salad. Lots of round and medium intensity scents of banana liqueur, cantaloupes, honeydew melon, floral honey, peaches, dried apricots, raisins, kiwi, dehydrated lemon peel, mandarin oranges and lanzones. At the end is a light yet lasting wave of sulfur.

In the mouth: A tropical fruit salad just like on the nose. Similar to the nose, I get medium but briefly lasting tastes of banana liqueur, cantaloupe, honeydew melon, honey, dried apricots, peach jam, ripe Fuji apples, red bananas and dehydrated lemon peel. At the end are light tastes of sulfur, PX sherry, sultanas, brown butter and chico.

Let me start by saying I’m just happy that the sulfur notes in this aren’t very strong. I think that’s due to the cask being old, as it’s from 1988, and its being a refill butt. Just look at the color. You would think it was aged in a refill hogshead cask.

Sadly, there are still sulfur notes, which obscures some flavors. Still, I think I chose well, despite having no other choice. I didn’t pick up a lot of typical ex-sherry cask flavors from this whisky. Since it’s a refill butt, it may have let the distillate’s flavor shine more.

The score might have been higher if this were bottled at a higher ABV. While the flavors were plentiful and there was complexity, they disappeared too quickly for my preference. I think bottling at a higher ABV would allow the flavors to stick around longer. Overall, not bad for a 26 year old single malt which cost me around $120.

On the nose: Initially very hot, but it subsides after a few minutes—yet there’s a rough smell texture that just clings at the border of the nose. There are lots of fruity notes in this one. I get medium and slowly-alternating scents of strawberries, dried apricots, canned peaches and lemon meringue. Then I get lighter and just as lasting scents of strawberry shortcake, toffee, cantaloupes and ends with something pink and floral. Images of cherry blossoms and Japanese plum trees come to mind.

In the mouth: Hot like on the nose, but the heat brings on a lot of tastes. I get medium yet quickly-alternating tastes of lemon meringue, dehydrated lemon peels, chocolate, vanilla, mocha, cherry syrup, strawberries dunked in condensed milk, strawberry shortcake and caramel cake. At the end, I get lighter tastes of ripe plums, date syrup, cherried brandy, Black Forest cake and salted caramel.

Imagine taking the three cakes I mentioned and putting them in a blender. What else is there to say after drinking this roller coaster of delight? I guess I just wish the heat didn’t get in the way of me enjoying the flavors. I also wish the cask influence were more expressive on the nose.

This whisky is just marvelous.

On the nose: Lots of smoke but not much peat. There are bold scents of cigar, smoke and ash. Behind it are faint scents of lemon, vanilla, toffee and latte.

In the mouth: Almost no heat, just like on the nose. This is tasting like a less peaty and coastal but smokier Caol Ila. Medium and lasting tastes of smoke, lemons and salted caramel. In between are light tastes of lemon meringue, vanilla, cinnamon sticks and toffee. Surprisingly, another layer comes out, and I get medium and lasting tastes of guava, kaffir lime leaves, ginger and nuts.

The nose was a bit lackluster, but the smokiness really made it seem more solid. The notes in the mouth really made up for the lacking nose. I like how a diverse range of fruitiness really comes out. Plus points also for this not packing much heat despite the 46% ABV. Since this is a small distillery with only one set of beer and spirit stills, I guessed that fermentation time is longer than most modern distilleries…but I was wrong, as it’s only 48 hours. Maybe the flavors come from their beer mash finishing at a lower ABV as compared to the bigger distilleries. FYI, Springbank’s beer mash is at around 6% ABV, and we all know how flavorful Springbank is. Their wooden Oregon pine mash tuns and worm tubs should be considered as well.

Not bad for my first bottle of Ballechin. I look forward to buying more of this whisky. The price of this wasn’t too painful, despite it being released about a decade ago. I think it cost me around $80.

A trio from Edradour