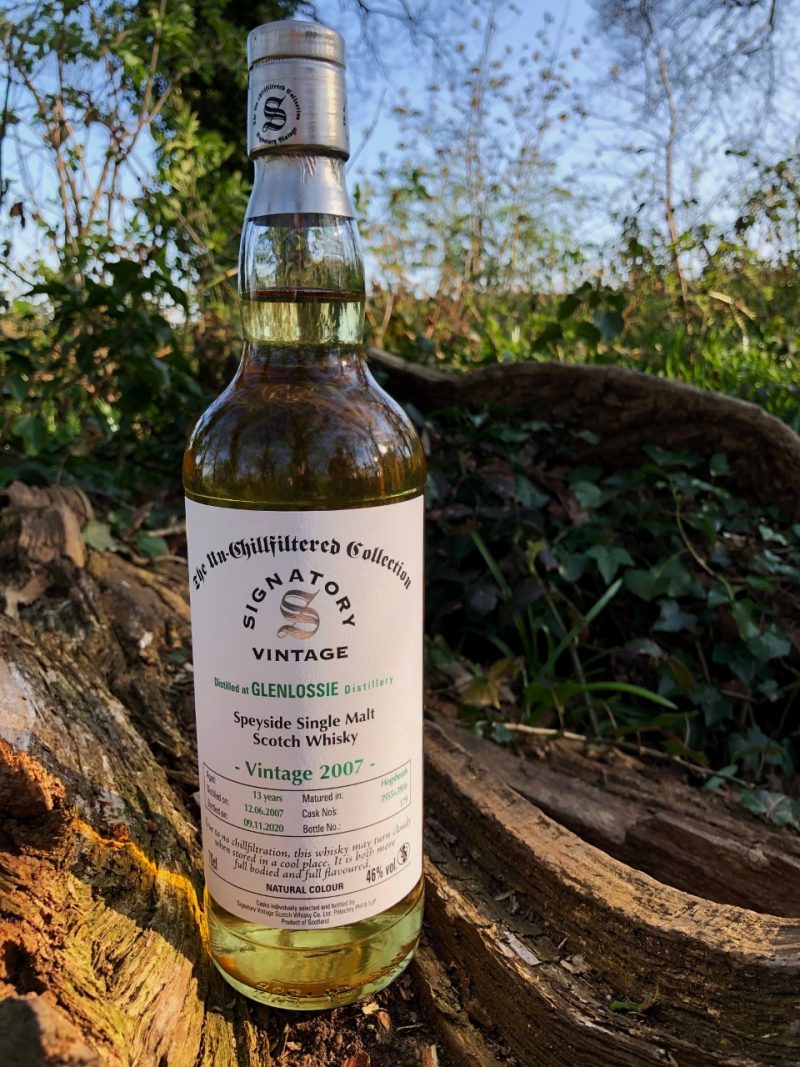 I still remember the first time I tasted a peated single malt. That is perhaps an unexpected opening to this review considering the whisky in question, but bear with me for a moment and I will explain:

My earliest experiences of whisky had been my dad’s Famous Grouse. As a teenager I would pretend I was enjoying that ubiquitous blend in order to connect with him when he sat down for his evening dram. In reality, my young palate found it rather harsh and lacking much appeal in terms of flavour. Things would all change the night he pulled out a pair of unloved bottles inherited from my late grandmother’s liquor cabinet. The two in question were Lagavulin 16 and a pre-royal warrant bottling of Laphroaig 10. Peated whiskies didn’t appeal to him then, and that is still the case to this day.

The first sips of these malts had an instant impact on me. Those antiseptic, medicinal, smoky, ashen flavours were wild and confusing, but for some reason I liked them. I had no understanding of why I was tasting these things in these whiskies. This wasn’t boring, this was exciting!  I had suddenly found a connection with whisky that would start me off on my journey. It’s a familiar story and tasting those two whiskies are often epiphany moments for novices the world over.

The reason I mention this experience is because it set me off on a path where all I was looking for in whisky was the next peat smoke hit. Surely everything else would be bland and unappealing, just like that Famous Grouse?

Fast forward several years later and – through developing a deeper understanding of whisky – I started to explore the vast array of tastes and aromas this spirit can offer us. A Christmas gift of The World Atlas of Whisky by Dave Broom suddenly opened my mind to a huge variety of whiskies, many of which from distilleries I never even knew existed. For the uninitiated it was a treasure trove of information and my passion for whisky in all its forms developed from there.

I was now exploring other styles and I soon came to learn that although peat would always have a place in my whisky drinking habits, it wasn’t the only type of whisky for my palate. The further I went on this journey the more I started to appreciate the subtleties of flavour, and I began to discover something wonderful about largely unpeated, spirit driven, ex-bourbon matured malts. This is whisky in its rawest form, where the character of the spirit could be found. It became a style I really connected with, and they didn’t taste like Famous Grouse!

This goes some way to explain my fondness for Signatory Vintage bottlings, and in particular their ex-bourbon cask matured releases in The Un-Chillfiltered Collection. They are accessibly priced, presented at 46% ABV with no chill filtration or added caramel colourant, and often matured in nothing more than a couple of hogsheads. This gives you the opportunity to connect with the spirit character that distillery produces. Very little is masked or hidden by the influence of the cask. There is an unmolested simplicity about them.

The name for this collection of whiskies is very apt, as when they say un-chillfiltered, they really mean it. Place it in a cool room and the whisky is already noticeably cloudy in the bottle. When poured in a glass, the merest addition of water will turn the contents into something reminiscent of a dreich day in the highlands. I am not sure what their filtration method is, but nothing more complex than a tea strainer would be my guess. If only every producer of single malt would follow suit and not only ditch chill filtration, but also excessive barrier filtration,which has pretty much the same affect. We can only dream of such a day.

Jason reviewed a trio of releases from the range, as well as a 10 year old Clynelish, which are well worth checking out.

The subject of this review is a distillery that you won’t find in official bottlings, with the exception of a 10 year old in Diageo’s Flora and Fauna range. However, thanks to the independent bottlers, there is a small selection available for us to buy.

Glenlossie in Speyside is one of a number of large distilleries under the Diageo umbrella producing the vast majority of their single malt for use in blends. Dailuaine, Inchgower, Linkwood and Teaninich are amongst examples of other distilleries that will only be found officially as part of the aforementioned Flora and Fauna range, along with the occasional special release. The main purpose of these distilleries is to produce a single malt that will add certain characteristics to a blend. In Glenlossie’s case that is a light, delicate character with an oily mouthfeel.

Those characteristics are produced thanks to two main factors: The fermentation process and the design of the stills. The longer fermentation is designed to produce a grassy style. Glenlossie’s onion shaped stills are equipped with a purifier between the lyne arms and the condenser, which condenses some of the alcohol vapours and returns them via a pipe, back to the bottom of the still for redistillation. This repeated distillation of the condensed vapours produces a light and delicate final product. The combination of fermentation and greater reflux adds an oiliness to the spirit.

In the mouth: The characteristic oiliness is there and it has a slick, velvety mouthfeel which coats the palate nicely. It’s bitter, sweet with lots of peppery spice, sour apple, lemon and ginger. The spice remains, but diminishes enough to allow a vanilla creaminess to come through. Oak, sharp green apple, lingering pepper spice and a pinch of salt in a creamy, moderate length finish.

It’s all the things you would expect when you consider the light and delicate nature of the malt they are trying to create at Glenlossie, and it remains important as a component in Diageo’s blends. This is one of the reasons why currently less than 1% of its total output of around 2,000,000 litres per annum isdestined to be bottled as single malt. The 18 month closure in January 2018 to upgrade various aspects of the distillery suggests that it is still a key part of the company’s portfolio.

It is light, it is delicate, but there is plenty of flavour and those flavours are distinct and rather enjoyable. It also represents decent value for a whisky of its age and presentation.

The main takeaway is: I hope novice drinkers don’t make the same mistake as I did and get stuck thinking there is only one style of whisky for you. There is an entire kaleidoscope of smell and taste to be explored. Many of us love the funk of a Springbank, the medicinal peat of a Laphroaig, or the dirty sherry of an Edradour, but sometimes it’s good to appreciate the cleaner, lighter side of scotch that can be found by exploring distilleries such as Glenlossie.