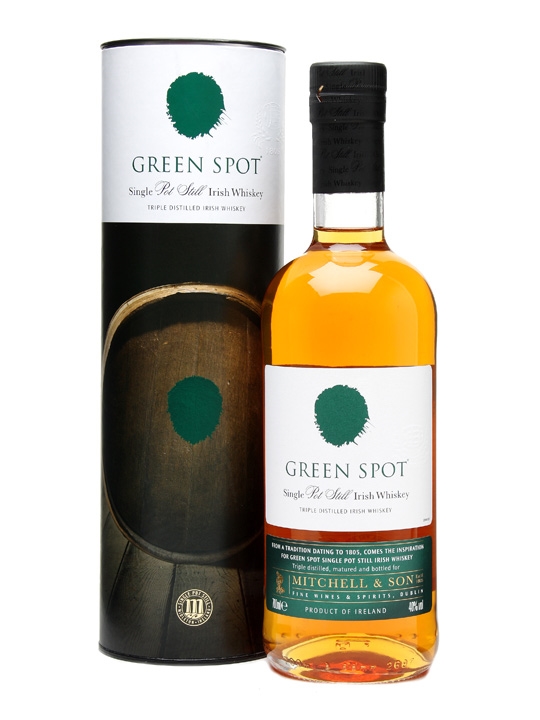 Half of the Spot range from the New Midleton Distillery is finally in my local market.

When the big boys decide to bring in a brand from their portfolio to the (usually very late) Philippines market, it means the brand is taking off in terms of allocation and popularity. In contrast, for example, brands like Clynelish 14 still aren’t officially being imported here yet. Consequently, here I go with my first Irish whisky reviews on Malt.

Malt has been known to be critical of the big brand products, but I’d like to make it clear that this is not me being snarky. I’m genuinely happy about the arrival of half of Pernod’s Spot range. To celebrate its availability in the market, Pernod hosted a virtual tasting with Irish Distillers’ International Whisky Ambassador Tommy Byrne. He was gracious enough to answer all of the attendees’ questions. (Most were mine.)

He established early on that all the Spots are single pot still whisky, but just what is this type of whisky? A lot of single malt drinkers may not be able to explain exactly what makes a whisky single malt, so it might be safe to assume that even fewer drinkers will know what it takes for a whisky to be considered a single pot still.

A single pot still whisky mash must consist of at least 30% malted and 30% unmalted barley. In case a distillery decides to use these minimums, the remaining 40% must be filled out by other cereals. But only up to 5% of each grain can be used. Traditionally, oats were added, but I’ve also heard of historical uses of rye. If you’re wondering why other grains were used, it was used to avoid taxes. Like the single in single malt, single pot still whisky must come from one distillery. It does not have to be triple distilled. The term single pot still whisky can only be used by whisky from Ireland.

At the Midleton Distillery, they triple distill their whisky. Their mash bill is 40% malted barley and 60% unmalted barley. They only have one kind of pot still design in the distillery, but there are three of those stills. Geekier readers will notice that having one design of pot still is different from Scottish single malt distilleries. They have at least two sets of stills, which are a wash/beer still for the first distillation, and a spirit still for the second distillation. Fermentation lasts between 60 to 80 hours, and the fermented mash ends at 10% ABV. Only one kind of yeast is used. Their first distillation has no cuts, while there are cuts for the second and third distillation. The spirit leaves the still at 84% ABV, but their barrel entry proof is 63.4%; they say this yields the best results.

The whisky used for the Green Spot is separately matured for around 7 to 10 years in ex-bourbon or ex-sherry casks. It is chill-filtered, bottled at 40% ABV, and available on The Whisky Exchange (TWE) for £40.95.

On the nose: The initial smell I get reminds me of fecal matter… with ethanol heat. It immediately turns into cookie dough, burnt lime and orange peels. There are lots more different shades of oranges, like orange-flavored vitamin C syrup, orange gummy bears and mandarin oranges. After it are light and brief scents of persimmon, guava, papayas, honey, cantaloupe and kaffir lime leaves to round it out.

In the mouth: More confectionary tastes than on the nose. I get light and mellow tastes of honey, vanilla, varnish, toffee and butterscotch. After it are light and brief tastes of green apples, guava, watermelons, kiwi and muscovado sugar. At the tail end are light and even briefer tastes of chico, kaffir leaves and a pinch of green Warheads candy.

This has a really lovely texture to it. Despite the disappointing 40% (I wish they’d release a cask strength version), the texture reminds me a bit of Ardbeg 10. It’s round and oily. There is a diversity of flavors here which is unlike a lot of the easier to find Scotch single malts. I’m surprised, but not disappointed, that I didn’t get a lot of ex-sherry cask flavors in this. Admittedly, that usually steers more toward my preferences.

If you’re looking for a new whisky to try and are running out of options when it comes to Scotch, try this. It’s just so affordable and differently made, yet in a blind tasting, you’ll think it is a single malt. 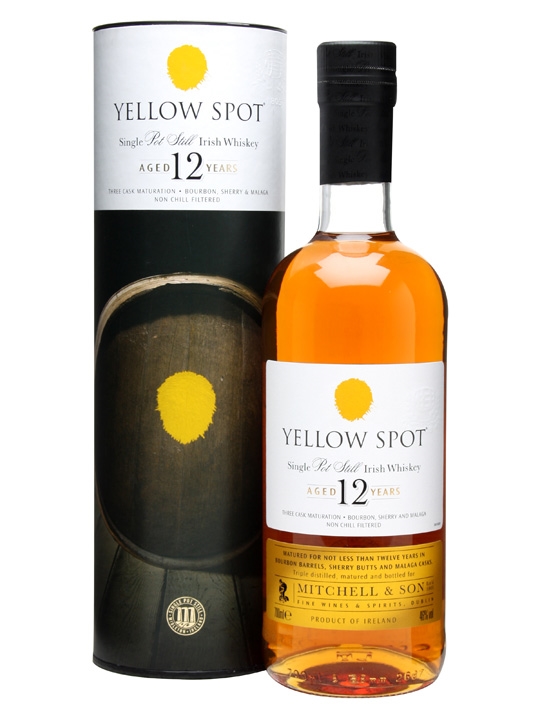 The whisky used for the Yellow Spot is separately matured for at least 12 years in ex-bourbon, ex-sherry or ex-Malaga casks. It was said that the Spanish Malaga casks come from a company called Malaga Virgen. Malaga wine is something I’m not familiar with, but I’m told the grapes used are sun-dried. It is bottled at 46% ABV. You can find this at TWE for £71.95.

On the nose: Very fruity from the get-go. This isn’t surprising, as there are more ex-wine influences in it. I get light, mellow and lasting scents of prunes, raisins, chocolate, mocha and guava. After those are, again, different shades of oranges like the ones I get in the Green Spot. So there are medium intensity and really clear scents of orange-flavored vitamin C syrup, mandarin oranges and orange gummy bears. After it are more citrus scents like lemon, lime and orange peels. In-between them are guava and kaffir lime leaves. There’s another burst of fruity sweet scents that come out at the end like figs, Pedro Ximenez and muscatel grapes.

In the mouth: Fruity and more confectionary tastes at the beginning. The prunes, raisins and chocolate are still there. But I get more tastes of toffee, light cinnamon syrup, muscovado syrup, butterscotch, cookie raisins and guava candy. Just as the guava candy dies down, it gets stronger again for a bit. A flash of mocha, honey, cantaloupes and lime peel come out at the end.

Oddly, I preferred the Green Spot when I first tried these two Spots during the virtual tasting. Since then, this Yellow Spot has opened up pretty well. The complexity turned up a whole notch as more grape-related flavors added some layers that the ex-sherry cask influence couldn’t give the Green Spot. The 46% ABV also makes the flavors more noticeable and more lasting.

I really like the type of flavors the ex-Malaga cask emits. It’s a nice break from the ex-Oloroso or ex- Pedro Ximenéz or ex-Port cask flavors we usually get.

The price tag with age statement may be a turn-off for some people who strictly look at age statements but take it from me: as one of Malt’s snarkier contributors when it comes to ex-wine cask influences spirits, this is worth trying. The whisky actually maturing in ex-wine casks, rather than being finished, really helps integrate the flavors more. This is better than many of the 12-year-old single malts out there. 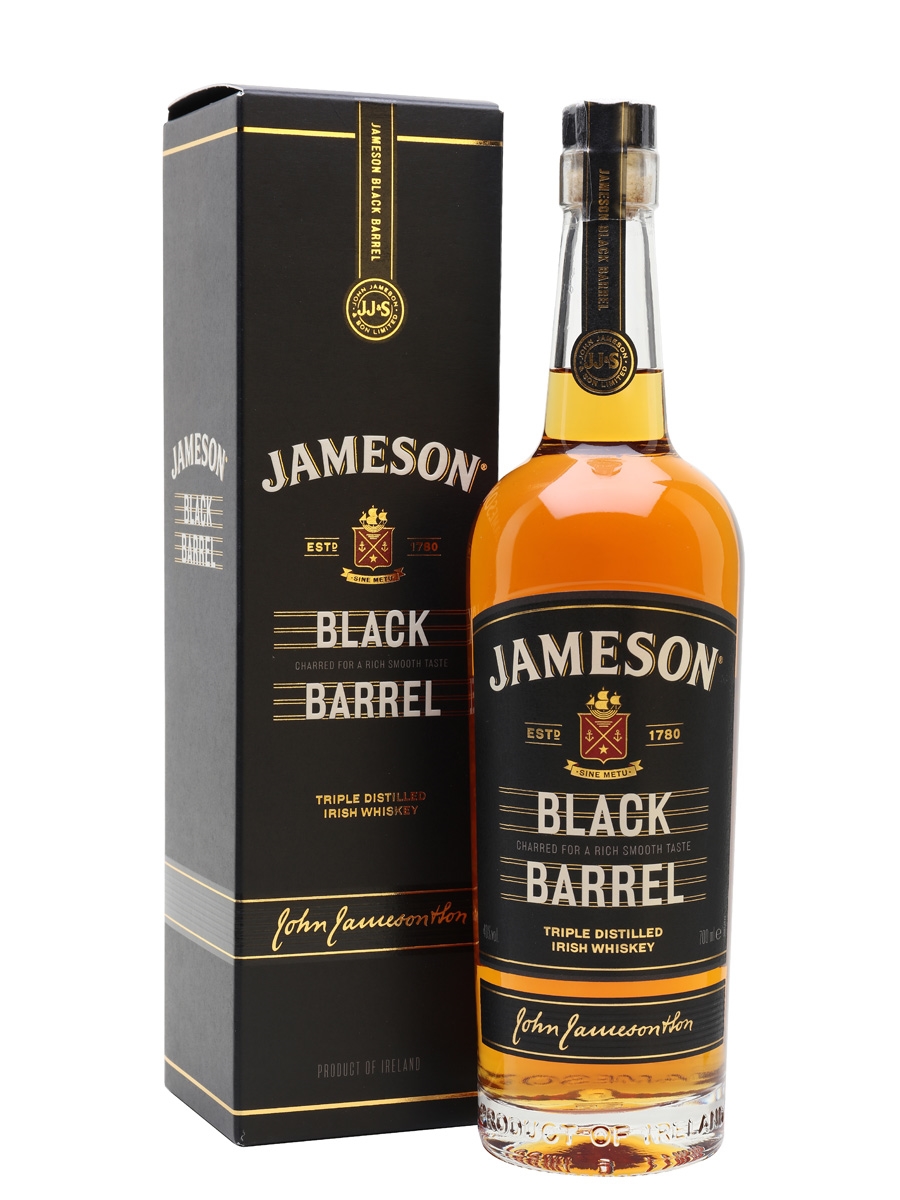 On the nose: The intensity of scents here are in-between light and medium for me. It’s light and has some texture to it, but it’s not as rough as the easier-to-find blends. Initially, there is a quick scent of burnt lime peel. After it come light and mellow scents of toffee, honey, butterscotch and paint thinner (but in a good way). Then, some even light and quicker scents like dried apricots, mandarin oranges, cantaloupe and orange gummy bears.

In the mouth: Lots of light yet mellow confectionary tastes such as honey, butterscotch and vanilla. The butterscotch is immediately reinforced by cantaloupe, orange gummy bears and dried apricots. After it are quick and faint tastes of leather, old wood furniture and paint thinner.

Not bad, but not great. Very good mouthfeel for a blend. A lot coming from the bigger brands have a rather anemic mouthfeel, but this one has some texture and bite to it.

Images courtesy of The Whisky Exchange