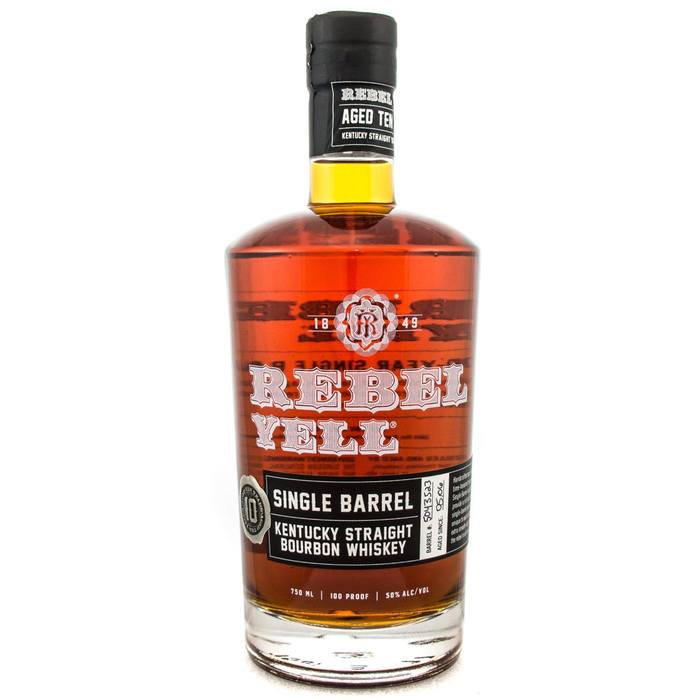 Regular readers will know that I view sourced whiskey with skepticism. This is especially the case with Luxco’s brands, for reasons described I my review of the company’s Blood Oath whiskey. Subsequent to that article being published, Luxco announced that the company was being acquired by MGP Ingredients, owner of the Lawrenceburg, Indiana distillery.

The materials provided by MGP provide us an interesting look into the state of these two companies, and indeed give a snapshot of the American whiskey industry more generally. One of the key conclusions from MGP’s presentation is that not all products that come off a still are equally profitable. Industrial alcohol and vodka sit at the low end of the spectrum, with gin and new make whiskey in the middle. Most profitable are aged whiskey, with the top position occupied by branded spirits. Branded spirits command a gross margin of 35%, compared with a blended margin of 22% for all the other distillery products.

This is why MGP has been developing its own brands like Rossville Union and George Remus in the last several years, shifting the strategic focus away from other distillery products (selling commodity whiskey to others). However, of the $77 million in gross profit the company made in 2019, only $2 million came from branded spirits. Remus and Rossville Union are still two drops in the ocean of alcohol produced by MGP, both in terms of volume and financial impact. The Luxco deal would increase this part of the pie to $66 million of a $141 million combined profit, as well as providing a platform for accelerating growth of this business going forward.

This later piece relates to Luxco’s commercial scale: the company sold 4.7 million cases in all 50 states and has strong relationships with the largest distributors. Overseas readers may not appreciate the complexity of America’s three-tier system, in which laws for the sale of alcohol vary by state and getting a bottle on to a retail shelf is anything but straightforward. Luxco has already cracked this code and the deal opens a door through which MGP can now flow a river of whiskey.

Why should we care? As consumers, the likely implication is that we’ll be seeing a lot more of MGP’s brands on the shelves, as well as perhaps expanded quantities of Luxco’s brands, or yet new brands using MGP’s distillate. On a conference call to discuss MGP’s 2020 results, CEO David Colo said, “There could be opportunities to come out with new brands that we develop that can use our liquid. Luxco[…] their whiskey brands are all primarily Kentucky-based whiskey. So[…] they have adequate distillation capacity at this point to support their own brand’s needs. However, if we want to launch new brands post-close with Luxco, we certainly have the capability to do that with our current inventory levels.”

That brings us to a pair of Luxco whiskies that are the subject of today’s review. As noted immediately above, MGP plans to continue sourcing whiskey from Kentucky (almost certainly Heaven Hill) to support these brands, meaning that they’re unlikely to change much following the merger of the two companies.

Luxco’s 2016 press release announcing the Rebel Yell 10 Year Single Barrel described it as “a magnificent shelf piece and collector’s item for true bourbon connoisseurs” in addition to being able to be… you know… tasted and enjoyed.

This is Kentucky straight bourbon whiskey, aged 10 years and bottled at 100 proof (50% ABV). SRP for this was $50 upon announcement, with a subsequent annual release increasing this to $60. This sample was donated by Mike; please join me in thanking him for his generosity.

On the nose: This starts with a rich and creamy note of French Vanilla ice cream. A whiff of green grapes meets the coppery aroma of shiny new pennies. There are some deft touches of spice here in the form of cumin, fivespice, and black peppercorns. Allowing this a little time in the glass reveals the scent of freshly baked sourdough bread.

In the mouth: This is very lean and austere to start; flavors and textures perched between stone and metal tiptoe through the lips and straight up the middle of the tongue. This persists, meeting with a blooming, off-bitter note of orange pith and peel as it hits the top of the tongue. The finish on this is perhaps the best part, as the aforementioned elements are joined by a hot smokiness of roasted chipotle peppers and the piquant bite of ground cinnamon.

This is Heaven Hill whiskey; I knew that in advance, but it is also immediately recognizable as such from the profile. Thus, I’m comparing it to expressions available from that distillery, calibrating for the difference in price. It’s got a pleasant enough nose and a more convincing palate; there’s not an amazing breadth of flavors but what we’ve got is presented with good intensity and – as noted above – it really comes through on the finish. This tastes like one of the best batches of Evan Williams Bottled in Bond but falls well short of the sensory saturation of Elijah Craig Barrel Proof, which is perhaps the closest comparison in terms of price. In light of all that, I’m putting a slightly-above-average mark on this.

Moving along, we’ll be considering the Old Ezra 7 Year Old. Launched in 2018, this is distinguished as being bottled at barrel proof. This expression carries a SRP of $40. This was another a sample from Mike; I was also fortunate enough to receive a sample from Jason. Cheers to both those fine gentlemen. 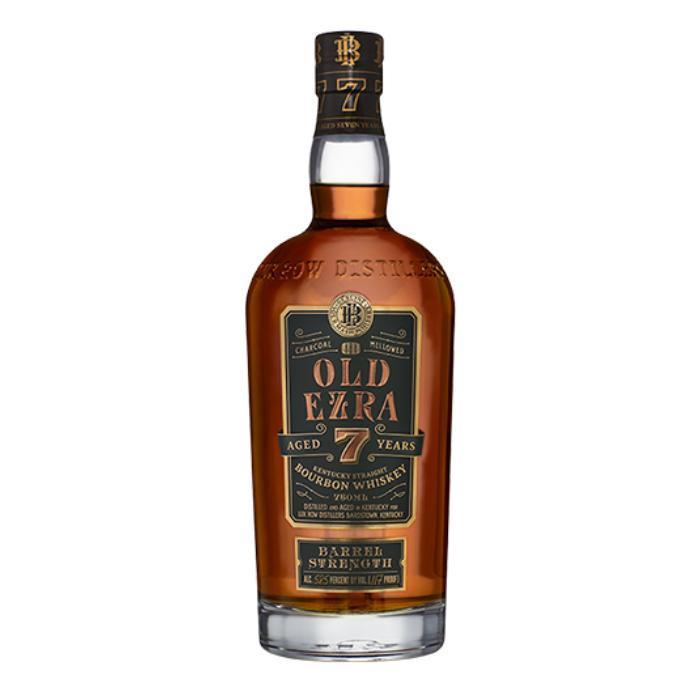 On the nose: The first impression is a savory note of tomato ketchup. This mutates into a similar but more rich and spicy scent of barbecue sauce as this breathes. There’s a stony note hiding behind these aromas, as well as a stalky note of freshly cut plant stems. Some really intense sniffing yields a whiff of graphite and a citric note of underripe clementines, but that saucy note stile sits firmly at the fore.

In the mouth: This is mineralic like its predecessor, but that is expressed here with less conviction. A lip-puckeringly dry note of limestone fades somewhat abruptly, leaving tingly heat as the only energizing force as this whiskey moves toward the middle of the tongue, where it falls mostly mute. Again, there’s plenty of burn from the high ABV, but little in the way of flavorful body to balance this out. Taking on some nuances of fallen, dried pine needles and a faint ashiness, this fades (flavor-wise) through the finish as the radiant warmth of the alcohol pulses persistently in the mouth.

Going back to the Elijah Craig Barrel Proof: that expression brings flavor galore to balance out the intensity of the alcohol. This, by comparison, feels like inferior whiskey that is only distinguished by being bottled at full strength, which actually works against it in places. Even adding a splash of water doesn’t really release much additional aromatic or gustatory character. Spending a little more money gets you a lot more pleasure, were one to opt for, say, a barrel proof expression like Wild Turkey Rare Breed. To reflect mild disappointment, I’m knocking a point off of average for this one.

While I wouldn’t be sad to see the Old Ezra go, I hope the precursor Rebel will keep up the hootin’ and hollerin’. As neither of these are apparently in danger of being re-labeled with the “Distilled in Indiana” designation anytime soon, the curious among you will presumably have the opportunity to try one or both in the future. Best of luck to you all and, indeed, to the new owners of these brands.