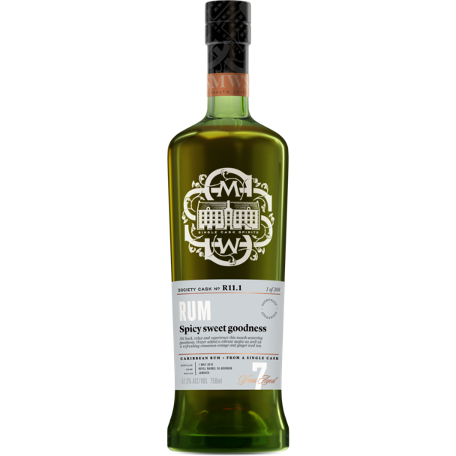 Lately, there’s been a noticeable lack of SMWS reviews on Malt, so I thought I’d help fill in the gap.

The twist is that I’m sampling rum from them again, because it’s been a long time since my last similar review. SMWS R11 is from the Worthy Park distillery. R11.1 is Sweet Spicy Goodness. It was distilled in May of 2010, aged in refill barrels for seven years, and then bottled at 57.5%. It costs $90 on the SMWS site.

R11.3 is Crème Brûlée Flambé. This, unsurprisingly, was also distilled in May of 2010, aged in refill barrels for seven years, and then bottled at 57.5%. It costs $90 on the SMWS site.

You might be wondering why all of these single casks all have the same date of distillation and the same ABV? For the distilling dates, I can tell you that the majority of the rum bottled by indy bottlers such as Kill Devil (under Hunter Laing), Berry Bros and SMWS all come from Main Rum.

The easiest way to describe Main Rum is as a rum broker with an aging warehouse based in Liverpool. Yes, there are rum aged in the UK and not in the Caribbean or from their origins. This means the rum there is aged more similarly to Scotch. This has been done for centuries, ever since the British Navy started using rum rations instead of beer. In Jason’s interview with The Whisky Sponge, Angus says that “With rum it’s really one big company that holds the majority of stocks, which makes things easier in many ways as they give you lists, hold things for you and are able to provide samples for you to try before you buy.” That’s Main Rum.

SMWS probably just bought three barrels from the same batch that Main Rum ordered from Worthy Park. Rums are usually shipped in ICB containers from origin to their destination, and then casks are filled with them when they arrive.

Thanks to Lance, The Lone Caner, for these samples.

On the nose: Spicy and fruity from the get-go. Surprisingly, the heat isn’t strong in this one. Sadly, everything is muddled, so anything I detect is a blur. There are scents of spices like nutmeg, pink peppercorn, Szechuan pepper, cloves, vanilla, cinnamon and anise. In between those are red bananas, apple juice, muscovado sugar, watermelons and Taiwanese pineapple cakes.

In the mouth: Not a lot of heat here, either. Like the nose, everything is muddled. Spices like nutmeg, pink peppercorn, Szechuan pepper and cloves are all up front and bungled up. After that are typical Jamaican rum tastes like bananas, vanilla, muscovado sugar and Taiwanese pineapple cakes. 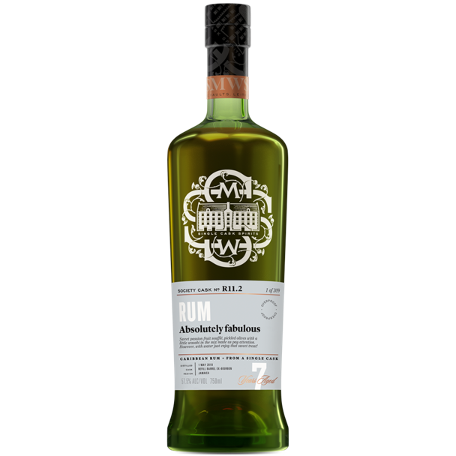 On the nose: A hot, fruity and funky nose, but the ethanol heat given off is not as intense as the ABV would suggest. There are medium-scented bursts of pimento dram, red bananas, banana liqueur, vanilla, cloves, mocha, toffee and caramel. At the end are light and quick scents of pink peppercorns, Szechuan peppers, Taiwanese pineapple cakes and toasted coconut chips.

In the mouth: The heat isn’t as intense as the nose, but it complements the pepperiness of the pink peppercorns and Szechuan peppers. There’s also bits of beet juice in it; next, medium tastes of spices like nutmegs, pimento dram, cloves and dark cacao present themselves. After those are some typical ex-bourbon cask influences, mixed with a metallic taste at the end. I get lighter tastes of vanilla, bottled olives with the dirty taste, banana syrup, toffee, coconut syrup and kaffir lime leaves. Then I get more “dirty” tastes to this that make me think of the bottled cold-brewed coffee and dark cocoa residues at the bottom of the glass that you try to salvage by adding more water. 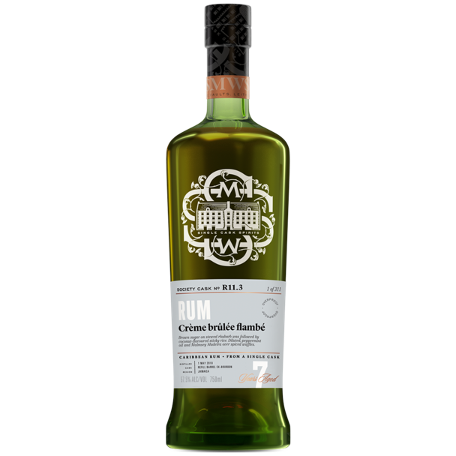 On the nose: This is much more mellow in heat and in flavors than the R11.2. There are still the pink peppercorn, beet and Szechuan pepper scents, but fruity scents are different. Instead of red bananas, I get yellow banana peels. Instead of sweeter pineapple notes, I get pineapple leaves, rind and tepache. There are more hints of citrus flavors here, too. It makes me think of an assortment of lemon, lime and grapefruits in a bowl while being cleaned.

In the mouth: This is just as mellow as on the nose. The refreshing spices and confectionary tastes I got in R11.2 aren’t here. I still get the pink peppercorn and Szechuan pepper scents, but no beets. Instead, I get white strawberries, kumquat, persimmon and the different pineapple notes I got on the nose. I also get bits of lemon tarts, meringue and peppermint at the end.

This entire paragraph is post-tasting thoughts, but: I think something was off about my senses when I did this review… yet I also doubt something was off! I’m saying this because I reviewed these three in one sitting—they all had the same fill level, too, about three-fourths of the 50ml sample bottle—and the R11.1 and R11.3 make me doubt the precision of my senses. That said, my thoughts on R11.2 makes me think my senses were on point. Regardless, because these are from samples, I don’t have enough left to double check.

As you can see with my tasting notes, I felt uninspired while reviewing R11.1. It’s not a flat or one-note flavor, but it seems like the life from this rum was sucked out. There’s something uninspiring about it that I don’t feel in the original bottlings of Worthy Park. Despite the high ABV, it felt anemic and decrepit.

R11.2 makes me crave hot chocolate and vanilla ice cream on which to pour it. There are just so many complementary spices, confectionaries and flavors. Every smell and sip is so refreshing due to the spices, which calm down the confectionary flavors. I’d have given this an 8 if the mouthfeel were more rounded. While this does not lack for flavor, the flavors were too quick to dissipate, and it lacked the round and oily mouthfeel I look for in most spirits.

R11.3 tastes like it was aged in a tired cask. Despite the high ABV, this also feels diluted. Despite the interesting flavors, it lacks the life and funk one expects from a pure Jamaican rum, not to mention one from Worthy Park.

Despite two duds in this review, R11.2 was enough of a bright spot. I’m going to repeat what I said in my SWMS C5 review: SMWS should put more focus on their Malternative releases to relieve some stress from the Scotch single malt releases.