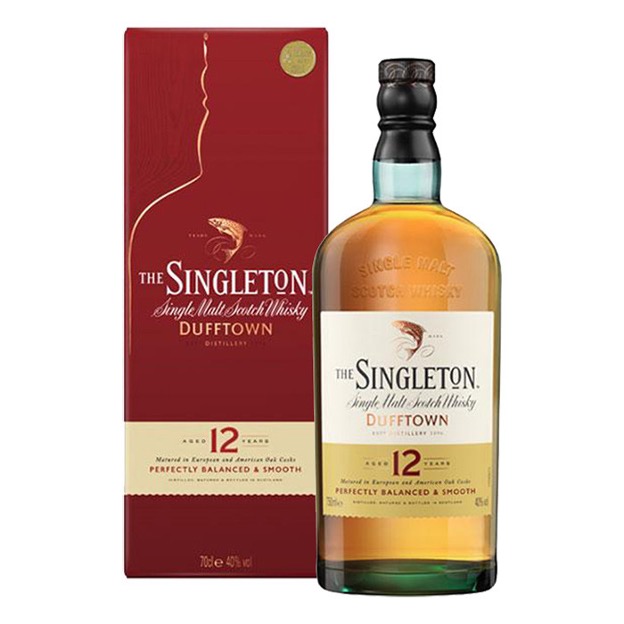 Diageo’s Singleton is a brand that doesn’t get much love from Malt… or me.

Out of our numerous contributors, only two of them have decided to write about the brand. If you search Malt’s archives for Singleton reviews, you’ll see that there are only four articles. Excluding the Singleton of Auchroisk, three of them are more contemporary releases that didn’t get good scores. That may have deterred our other contributors.

My reasons for staying away from it are mainly that once, after I was given a dram of a Singleton of Glen Ord 12 during a long night of drinking, I didn’t like it. I was a lot younger and more arrogant then, but the experience stuck; my curiosity is the reason that I am finally giving in now.

The other reason I’ve avoided it is that I’m suspicious of big companies that heavily promote a brand, and Diageo has been terribly focused on Singleton for the past few years. There have been food pairing events, cocktail competitions, and many discounts offered. Additionally, the Singleton 12 at a price point close to that of Johnnie Walker Black Label. I know that price shouldn’t always be an indicator of quality, and there are other economic factors that can affect an item’s cost; even so, I think it looks rather desperate to make a single malt’s price similar to a blend’s.

Another barrier that prevented me from looking more into Singleton was the, shall we say, confusing variety available. It has changed a bit now, but if you’re unfamiliar with it, Singleton bottles come from three single malt distilleries: Dufftown, Glen Ord, and Glendullan. Initially, Singleton of Glen Ord was only meant for Asia, Singleton of Glendullan for the US and Canada, and Singleton of Dufftown was kept for Europe. At some point, Diageo suddenly dropped those limitations, and now any of the Singletons can appear in any market.

Curiosity got the better of me, and I wanted to see how my more-experienced senses would take to Singleton. Currently, I can’t buy the Singleton 12 of Glen Ord myself; it’s no longer officially available here in the Philippines. I could hunt down a sample at bars, but the regular one’s I patronize don’t have it. Instead, I bought a sample of the now-officially-available Singleton 12 of Dufftown. I also acquired a sample of Old Malt Cask Glendullan 2002 17-Year-Old so I can compare it with the Dufftown.

I know, it’s not a fair comparison: one is a distillery bottling, one an indie. There are also differences in the ABV, age statements and cask influence. Regardless, one must make do with what one has.

On the nose: Initially, medium-intensity peat comes with apples. The heat and apples exchange turns for a few seconds, then give way to subdued aromas of lime peel and pink grapefruit peel. Some new aromas come out with a bit more intensity like vanilla, honey, butterscotch, toffee, and tobacco. Some leafy scents and sandalwood notes come out at the end.

In the mouth: Not as much heat compared to the nose, but the notes are more muddled; it’s a mix of fruity and confectionary tastes. Their intensities and durations vary. The notes from the nose are still felt in the mouth, except for some added grass and orange jelly, but they’re all cut short.

This is not something more experienced whisky drinkers will like. It’s not bad, but it’s too standard. While the nose is great, it falls apart in the mouth. The flavors are all jumbled up, so someone who likes to pick out the different flavors in a spirit will not appreciate it. Most likely, this was designed to be a “session whisky:” something pleasant, not boring, and very easy to drink. 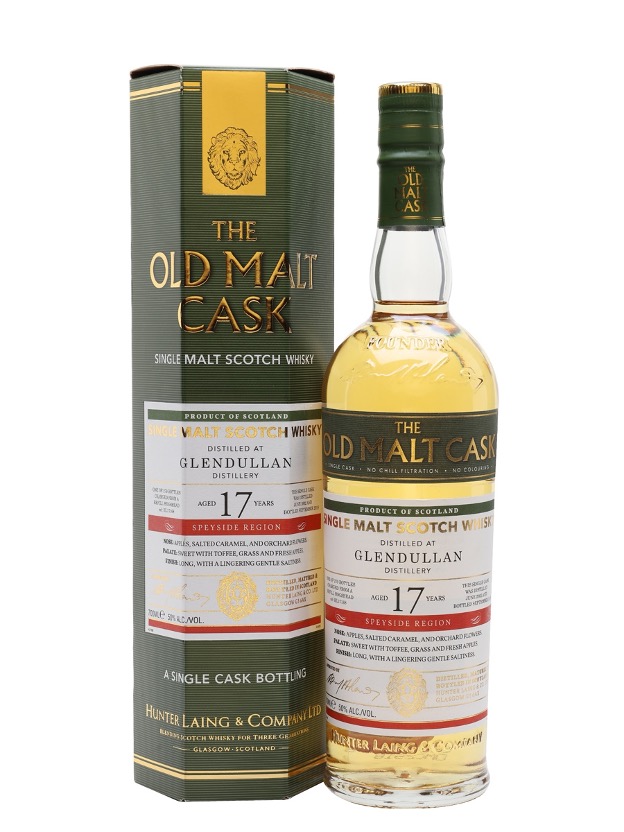 On the nose: Initially bursting with heat, but – once it subsides – I get mellow and lingering aromas of elderflowers, apples, mangoes and lychee. Another wave of ethanol heat disrupts my enjoying of the nose. Some mixed aromas of orange jelly, cantaloupe, muscatel wine, peppers, sandalwood, and sandpaper.

In the mouth: Just as hot as on the nose. What I get on the nose is pretty much the same in the mouth, but lighter. Milder tastes of elderflower, apple juice, mangoes, lychee jelly, figs, and something like a berry jam. Thankfully, there’s no additional wave of heat that intrudes. Some brief notes of butterscotch, toffee, and dried apricots come out, and it ends with honey, wood shavings, ground coffee and vanilla.

This was surprisingly good. This is my first time trying something from Glendullan. The savory, sweet and musky flavors of elderflower and lychee are something I’ve never had in whisky, either. This bottle has certainly made me a fan of Glendullan, and I’m going to search for more of it, if possible.

If it weren’t for the pesky ethanol heat, this would have been an 8. In addition, the flavors weren’t as lingering as I’d expect from a 17-year-old, but the heat could have gotten in the way of my senses. Luckily, I can be tempted to buy a bottle at a local online retailer for $100.

The Singleton of Dufftown Artisan

The Singleton of Auchroisk 1976

Last year as part of the Spirit of Speyside opening gala evening, we and its very much the royal we in the sense of the..