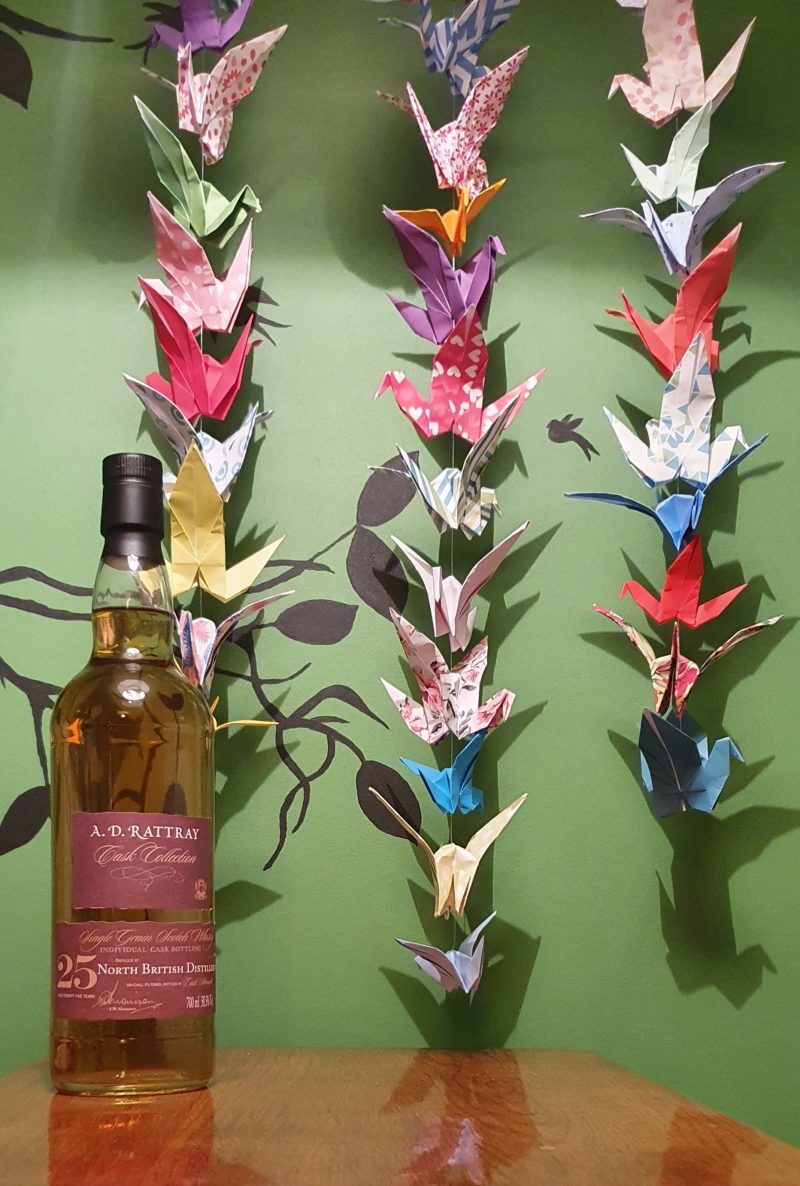 A grain whisky, as most will know, is one that has not been made of malted barley.

It could be composed of cereals such as unmalted barley, rye, corn, or wheat… etc. Does this make such a whisky inferior? I have noticed that they can be looked down upon due to the cheaper raw ingredients, but is that fair? Provenance of whisky is a huge thing, and I am ashamed to say that I do not know much about it. It is most likely down to my naivety and inexperience, but I do not understand the negative perceptions that non-single malt whisky receives.

I am a girl who’s all about the flavour, texture and – always – the price. Personally, if the liquid in question hits that holy trinity, then does it matter if it is grain or single malt? I am partial to a dram of grain or a blended whisky and if they are tasty, I will happily sup them.

On a few occasions I have had a single malt that did not agree with me, but would I then dislike all single malts? No, I wouldn’t. There is a sort of snobbery that I have noticed over the years with whisky. A few times I have heard people saying they do not like grains or blends because they are not as good as single malts. It always seemed to me like a big generalisation, and I wondered if they had really tried enough different whiskies to be so sure?

This whole snobbery thing reminds me of when I used to be a chef. Chatting to acquaintances who are still in the catering world, some will always look down upon a restaurant if the chef is not “authentic.” A Japanese restaurant should have a Japanese chef, an Indian restaurant should have an Indian chef… you get my drift. However, if the food is delicious then I am going to eat it; if the whisky is delicious, I am going to drink it. I myself cook many different cuisines and – not to be big-headed or anything – I think they could pass as the “real deal.” That said, I will forever be judged because I am not “authentic” to some folk. Oh well, I am sure someone out there will enjoy my creations!

Today I am reviewing a 25 year old grain whisky bottled by A.D. Rattray. When I first sampled it, I thought, “Wow, this is quite delicate,” and I like that in whiskies. I am fond of subtle flavours and this had some of those elegant elements. The classic tropical flavours came through and it just reminded me of a sunny summer’s day on a beach sipping piña coladas, which is funny because I generally don’t like cocktails.

To me, I didn’t see this as a grain whisky, but simply a whisky. This was in a line up at a tasting I attended some time ago and you know what? Everyone loved it! I had tasted it previously, so I already knew I liked it and that we were in for a treat. When people unawares were told it was a grain there were a few surprised looks!

I get that grain whiskies can be less complex with a shorter finish but, admittedly, so can many single malts. Sometimes a single malt finish can be so short, I wonder if I had even drunk anything. I guess what I am trying to say is, just enjoy the liquid for itself. In times like these, I reckon being less prejudiced in all walks of life can only be a good thing.

On the nose: Immediately full of a warm coconut aroma bringing about a lactic milkiness that is similar to a light yoghurt. It reminds me of good old Scottish macaroons (not pretentious French macarons!) with the desiccated coconut and milk chocolate coating that envelops the dense vanilla sugary inside. Bounty bars also come to mind. This somewhat masks a fruitiness that is tropical, but it keeps popping out to show you its sweet tangy delights. Think mangoes and pineapples. Buttery popcorn with vanilla sugar is also present. Piña coladas on a sunny beach with friends.

In the mouth: This whisky feels drying, yet oily on the sides of the tongue. The sweetness is there with those same fruits from the nose. I also get raspberries that add to the tang and juiciness. It is spicy with hints of green chillies, cayenne pepper and a light white pepper dusting. The vanilla sweetness becomes creamy butterscotch, which sticks to the mouth. Weirdly, I get the slightest taste of juniper berries, or perhaps angelica root, on the tip of my tongue. The whisky finishes fairly long, with a sweet fruity burn on the throat – reminiscent of strawberries – that dries out eventually. That burn is also present on the sides of the tongue before becoming slightly bitter.

It has quite a high ABV, but the flavour is quite subtle and doesn’t scorpion kick you in the face. I did expect the alcoholic burn to be stronger but I guess in the 25 years it has had the time to mellow out and become soft and elegant. This whisky has a really lovely smell and a taste to match. I felt it does well to enjoy at length by itself, but equally it can hold its own as part of a tasting line up.

There are some lovely blended or single grains out there like this one and they can be a lot more affordable in the grand scheme of things. There is so much to look out for nowadays! Admittedly this is not my most favourite whisky, but neither is it one I would be embarrassed to share with the more experienced drinker. It is – for a grain – really quite rich and more-ish, with a lasting finish that, as I stated earlier, some single malts lack.

I know you shouldn’t put so much emphasis on age, but inevitably it happens quite often. Even I have been called out for suggesting that with an older age statement, you will get something better. I have learned over time that it isn’t the case. You can get young single malts which are yummy and old grains that are gross and on the flip side you can get young single malts that need maturing and old grains that are just sweet and mellow. As taste is subjective, we can sit and enjoy our whiskies how we like. In all: a thumbs up from me! 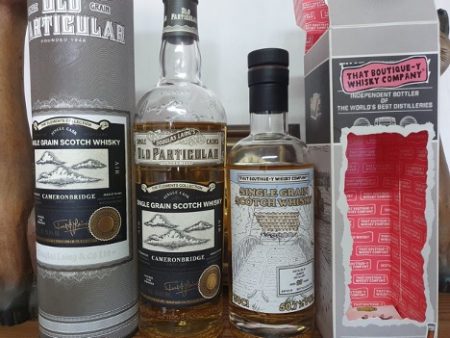