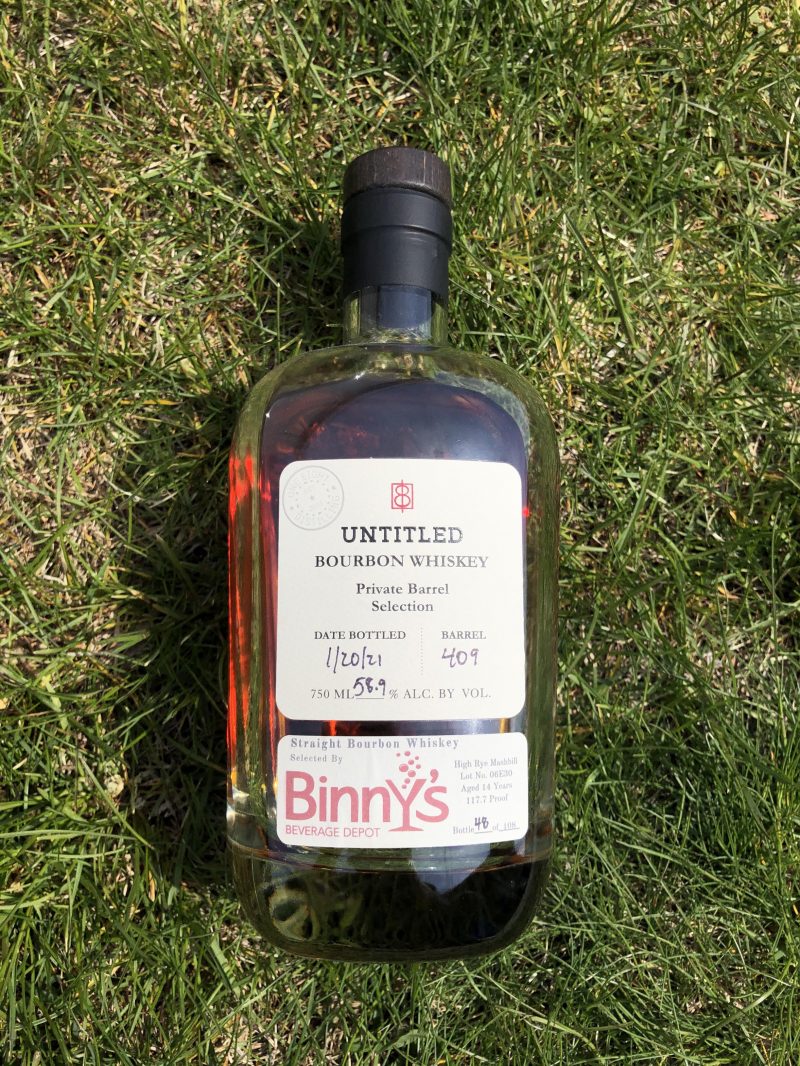 This review has exhausted me.

Stop paying triple digits (USD) for whiskey! Now that I have vented slightly, I should also say that the whiskey I am about to review is a good whiskey, in the sense that you’d probably ike it if you tasted it. The free market capitalist in my ear continues to say that everything is worth what people are willing to spend on it. So, how did we get here?

We all recognize hype and its ill effects, often only once they reach astronomical proportions. This looks like people posting “hunting” photos that have 10 or more bottles of standard Buffalo Trace in it. It looks like people swearing that this brand “definitely knows” what it has as they resell you MGP distillate. It looks like people sarcastically bragging about mixing a unicorn with soda to get comments and likes.

I willingly succumbed to hype and, in doing so, broke one of my own rules in purchasing a bottle. I was both disappointed in myself but, in another sense, relieved to know my suspicions were well founded.

I always try to preach to my friends who enter the whiskey collecting game: you should support those that are good to you. That is why, when my local spot offers me expensive bourbon, I try my best to make a purchase. Thus, while you mostly see reviews from me in the sub $50 category – where I prefer to spend my money – I’ll occasionally splurge for a premium bottle.

All this requires a disclaimer: The “hunt” for the next great brand is unlikely to bear fruit when the “prey” is repackaged distillate from a distillery that is still in business. I might understand paying large amounts for barrels that were produced at legendary distilleries like Stitzel-Weller, but that boat has sailed. All too often, bourbon hunters are paying for product that is – and continues to be – mass produced by a distillery in Indiana.

“The last time it was in people went crazy for it. We had to put a limit on it.” The manager told me.

He is a nice man who is not prone to hyperbole but also not into the bourbon craze. So naturally, I give the bottle a scan, and it reads:

For clarity; I would like to note that my prior rant about sourced whiskey should not be mistaken as an accusation here with Untitled. The back of the bottle states:
“Untitled is produced and bottled by One Eight Distilling L. L. C.”
The lack of statement around state of distillation made me raise an eyebrow. I was going to go to the TTB website but that’s when I realized… I don’t care. The review has exhausted me, as stated initially. In the end I think most consumers are similarly apathetic regarding the source, but rather wonder if the whiskey is any good?

With that in mind, and reflecting that it has been some time since I paid this much for a bottle, I took the plunge. It was my duty to purchase this! It is my duty to write this article! You should all appreciate my sacrifice! I say all this jokingly, of course, but I have been burned in the past by whiskey past its sell-by date. Think of the Knob Creek 2001 editions. I bought several batches as a brand loyalist, only to be disappointed when I popped it open.

That experience made me think only of the many $40 store picks I could have bought instead. I think about Wild Turkey Master’s Keep 17 Years Old Bottled-in-Bond. That is one of the more expensive whiskies I have ever purchased, and it was worth every penny for me.  So, how did this one pan out?

Color: Deep brown. Not the darkest I have seen but definitely the 14 years of aging have made this darker than many you would find on the first two shelves at the store.

Nose: It wants to be great. It is close. Toffee. Light Honey. Oak. My goodness if there was just a little more of it. The beauty in this nose is that it isn’t faint because it is overpowered by the alcohol. It is well balanced.

In the mouth: Paint thinner forward. Strong oak does not help. Oak when done correctly is a beautiful celebration of what we love about Bourbon. Here it just comes as the second part of a 1-2 combo punch to the palate. Whatever spices were there are quickly drowned out by the alcohol in the finish. The finish, like the nose, initially shows promise. There is flavor underneath is like a sharp outfit which was covered with an ugly sport coat (alcohol). Which begs the question; Was the decision to bottle this at barrel proof just giving the masses what they want?

When products like this get so much hype it makes me wonder. Were people just so happy to finally get a chance to have it there was no chance they would admit a mistake? Not wanting to feel fooled, they rush to the internet to brag that they got the hottest new thing that no one knows about yet. I paid $139.99! It must be excellent! Look at how dark it is!

This whiskey is not awful. It is not great. It might be good. However, price must factor into this evaluation. When I think of the two or three bottles I could have had at this price, I cringe. Occasionally, I do make rash decisions like this one. Which also begs the question: what is the bias? Did others buy it for $139.99 hoping it would be great and willed it so in their mind? Did I purchase it at $139.99 hoping it would be awful to validate my predisposition?

This reminds me of a hotter version of the Bulleit Blender’s Select 001; but there the 100 proof creates a simple and beautiful bourbon. Here we have a hot mess that would be more acceptable at a third of the asking price.

At a high proof with a similar taste profile, I would explore 1792 Full Proof or any Booker’s. Even Stagg Jr, if you can find it. You could buy these and even have some money left over for dinner at this price, hence the score.