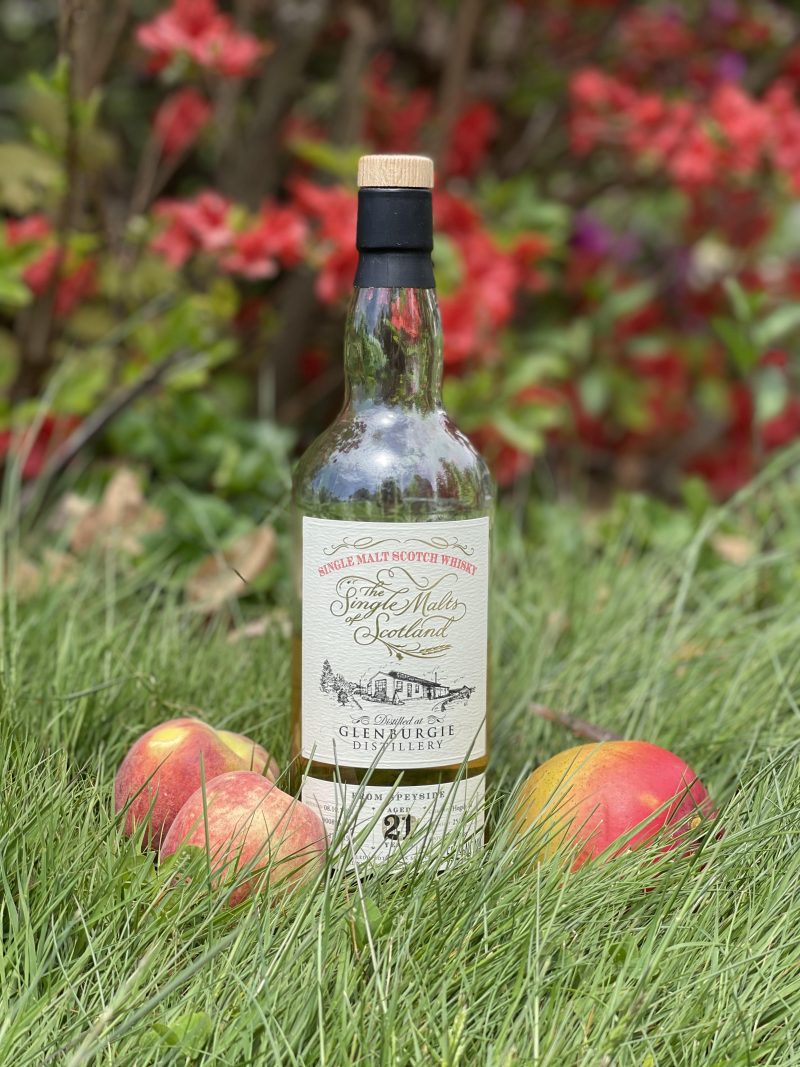 “There’s nothin’ like a nice piece of meat cooked over an open fire.”

If someone’s ever taken you camping, you might have heard this cliché as it was your turn to tend to the spit. Or perhaps the experience was more pedestrian, and you were simply pushing coals around on a barbecue in someone’s yard. While the saying may be a bit tired, there’s more wisdom to it if you’re willing to open your eyes and look deeper.

I’ve always been fond of the unsung hero malts, the ones tucked away in the blends we see on shelves everywhere. These malts are brought right to the master blender and are rarely seen under a label embossed with their own name. I like them because these whiskies don’t have to create some brand or ethos. They spend most of their life as an ingredient, that “something” in the sauce that ties it all together.

Happily, every now and again, these malts are served up in the raw by an independent bottler that understands they can be wonderful all on their own. This is what Glenburgie was to me, when many years ago I first tried it in a cozy whisky bar. Like many great discoveries in whisky, it spurred me on to seek out other bottles… but I was coming up with nothing. This important component of Ballantine’s was more difficult to find on its own (especially in the States) than I thought.

Naturally, my next step was to seek help from my local whisky club, bending the ears of anyone who would stay still long enough. Luckily, a friend from England smiled when he heard my problem, “Ahh so you’re looking for more ‘burgie? Make sure to get the stuff made prior to ‘04.”

The distillery had been in operation for 175 years before it was demolished and refurbished in 2004. It was under pressure to increase production and was too fenced in by warehouses to entertain expanding it. The new operation was bigger, but also entirely automated.

“Is that necessarily so bad?”

“In my opinion, the refurbished whiskies aren’t the same.”

So, while I hadn’t found any leads to another bottle of ‘burgie, I had found a perspective I couldn’t shake.

I thought of Yoichi in Japan: one of last distilleries to heat their mash with coal fires, preferring the unpredictability of coal to the even heat of gas. The hot spots created by coal fires can give the mash dragged along them more depth and individuality, but the process requires a skilled stillman, someone who can anticipate when something is cooked ‘enough’ and move on. It is in the nature of fire to cook things unevenly. This isn’t bad per se; a steak that’s crispy on the outside and tender on the inside gives a wider range of flavor and texture.

The older ways may not be as efficient, but perhaps they reap better results if a human hand is there to harness it. With that in mind, let’s dive into some of the remaining Glenburgie whisky “worked” by human hands.

On the nose: Initially homemade cream and gentle spice aromas: cinnamon, nutmeg, and white pepper. Then a tease of that fragrant fruit of Glenburgie. White peaches, tangerine, tamarind, and dried apricots. At the tail end it turns savory with a lilt of leather. The alcohol does rear its head a bit, adding some heat to the experience. Overall, it’s quite enticing.

In the mouth: A very creamy mouthfeel coats the palate quickly. You get to taste that homemade cream initially promised on the nose. The alcohol really pumps the gas shortly after that, making the fruit flavors sizzle and explode. Smashed peaches, fruit leathers, and green mangos. After the heat of the alcohol retreats, you’re left with spices from the nose and a gamey finish. Adding some water offers a juicier texture and reduces the heat & spice. Though the fruit flavors become less articulate.

A big reason I am so fond of Glenburgie is the fruit it provides without any help from sherry casks. This bottle certainly delivers in that regard. Have I had others that have offered more fruit? Sure.

I appreciate that despite 20+ years in barrel that the wood accents are just that, accents. The whisky has a lot of vigor I usually associate with a younger bottling while giving us a taste of the tertiary.

The alcohol is probably the biggest issue. At full amplitude the aroma and flavors are so vivid yet there is some distracting reverberation. While dialing down the ABV makes it more approachable but blurs its individual flourishes. It’ll all depend on your preferences.

This is a nice celebration of Glenburgie. However, this was on the shelf for $200, which is a steep price of admission. If you’ve not had Glenburgie before, this isn’t the place to start. If you’re like me, though, and love the style: the price may be well worth it.