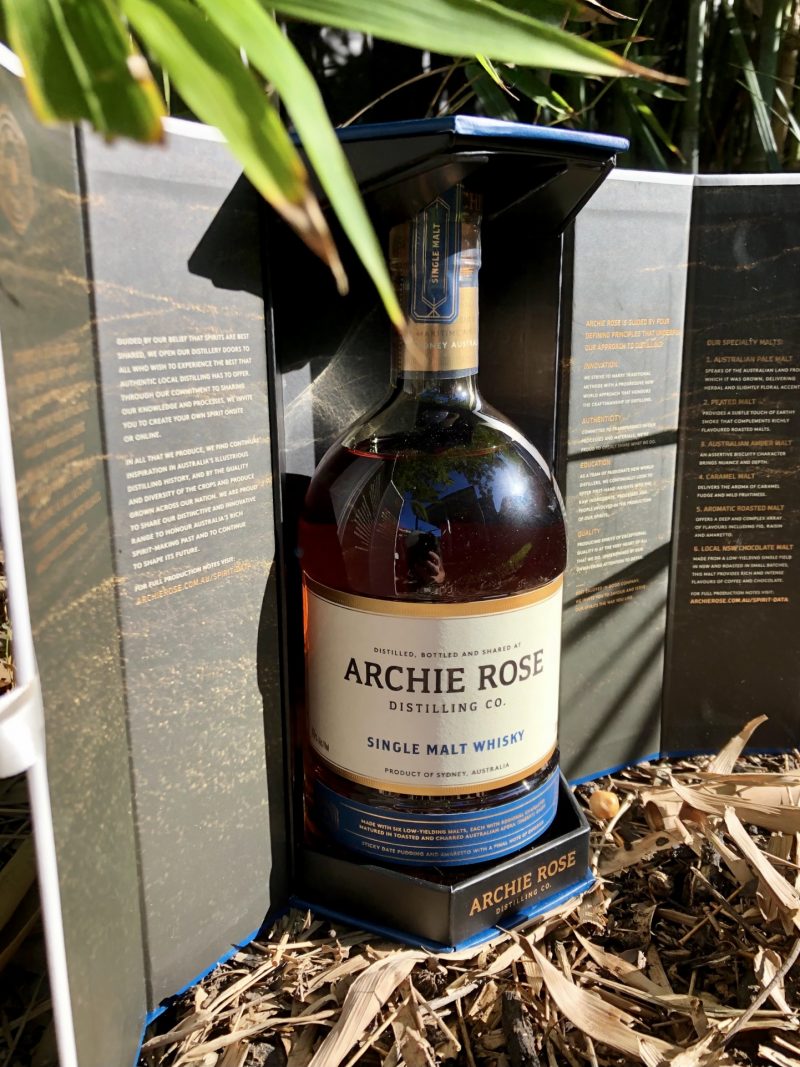 For those who have never visited, the name may conjure up exotic images; perhaps the Great Barrier Reef, Uluru, Sydney Harbour, life threatening fauna, or – for those with a longer memory – Paul “Crocodile Dundee” Hogan throwing a shrimp on a barbie.

Even if the reality of living In Australia doesn’t always marry up with the iconography, we’ve long done well to sell ourselves to the world and often punched above our weight in terms of our importance on the international stage.

Think of the Australian alcoholic beverage industry, and your first instinct is probably to think of our beer and wine – not our spirits… and fair enough.

Of course, there is the ubiquitous Fosters, which you don’t need me to tell you isn’t actually drunk in Australia. Where I’ve lived most of my life (Victoria and Western Australia), Foster’s is neither available in bottle shops nor on tap in bars. As for our wine: the international recognition and availability speaks for itself.

But when you think of international whisky, what do you think about if you ever think of Australia?

There is the current standard bearer, Starward, my local distillery, now well represented internationally due to a confident expansion into foreign markets. I was aware MALT had dipped its toes into Starward in the past, but I was surprised to find no less than 6 different reviews on this site.

There are the Tasmanian stalwarts: Lark, Overeem, Hellyer’s Road, and Sullivans Cove are among the biggest names. Pete Bignell produces Belgrove Rye Whisky from “paddock to bottle” on his own Estate. Tasmania even boasts a long-established and award-winning independent bottler due to the pioneering work of Tim Duckett and his Heartwood (and more recently TIB) releases.

Though the modern (post-1990) Australian whisky story started in Tasmania, these days there are around 50 to 100 different operating distilleries in Australia releasing single malt whisky. The exact number is hard to pin down. Some still have maturing stock and are waiting on their first release to be ready; others are tiny, cellar door-only affairs which you may only find whilst driving along a tourist trail.

On the other end of the scale, we have the subject of today’s review: Archie Rose Distilling Co. Established in 2014 Archie Rose promotes itself as being the first independent distillery based in Sydney for well over a hundred years. The distillery also features a stunning whisky bar which partners with SMWS Australia.

Archie Rose was quick to market with various spirits – gin, vodka, and a rye whisky. Their gin, especially, is now an established staple on bottle shop shelfs and in bars around the country.

In 2018, Archie Rose released a 3,000-bottle run of their new make spirit, bottled at 50% ABV. I was able to try this at my local bottle shop when I walked by and noticed a tasting display set up inside. Though the taste failed to leave a lasting impression, I might’ve bought a bottle to support the new venture, if not for the asking price. Though I would regularly spend around $120 for a bottle of spirits, asking this price for new make spirit was above my personal threshold.

The mash bill for Archie Rose’s single malt whisky is unique – it contains six different malts. These are combined into one mash and then fermented in a single wash before distillation. Archie Rose’s six malts are:

The dedication to transparency at Archie Rose is commendable. Their website has a Spirit Data section, where you can select any of their spirit releases and review a veritable treasure trove of data. This includes production notes, details on the grain, water, brewing, fermentation and distillation specs, and information on maturation.

From this, we learn that – with only a few exceptions – Batch 1 was predominantly aged in ex-Apera casks (Australian sherry, very commonly used for maturing Australian whisky), from just shy of 5 years down to a handful of casks aged around 2.5 years. This may seem young – and, well, it is – but legally, whisky only needs to be aged 2 years in Australia.

In August 2020, the big moment arrived: those of us on the Archie Rose mailing list received an email to nominate for the ballot to buy a bottle of their inaugural single malt whisky release. Though I was unsuccessful on the ballot (as well as all but one person I know), I was able to secure two bottles shortly thereafter through a second sale on their website. After that, bottles of Batch 1 started appearing on the sites of several Australian whisky retailers, raising the question of what the point of the ballot was, other than generating a bit of excitement and exclusivity.

Nevertheless, Archie Rose’s Single Malt Whisky Batch 1 sold for a very fair $120 and was bottled at a pleasing 46% ABV. Good luck finding a bottle now. Archie Rose, as I write this, are onto Batch 4. After so much expectation for the first release down here among the local whisky community, let’s see how it delivers.

On the nose: lemon rind, cloves and Chinese 5 spice, then predominantly grassy notes at first. Lime cordial. Digging a little deeper I find juniper berries interacting with a hint of smoking green firewood. There is also creamy milk chocolate but the longer I leave this in the glass the smell of pine needles comes to the fore.

In the mouth: Immediately, sweet notes of salted caramel chocolate and sponge cake. Then comes vanilla slice with café latte. I also get Ribena and candied orange slices. The spirit is young, clearly, and thin, with an alcohol burn and little progression. It disappears from the palate as soon as I place the glass back on the table.

Perhaps I haven’t captured properly the anticipation down here among the whisky community for Archie Rose’s first release. Along the way, Archie Rose has done things right. Through transparency, their delightful bar, their work on social media, the stunning (and surely costly) packaging, or even getting out to bottle shops and tasting shows to showcase their products, Archie Rose boldly put themselves front and centre.

Even better, the launch price impressed and showed they are dedicated to their bottles being opened and enjoyed by a broad spectrum of whisky enthusiasts. Archie Rose had to know they could’ve charged $200 for this bottle. However, they would also think they are in this for the long haul and want to build a loyal, broad repeat customer base.

Archie Rose intend to stay on the cutting edge of innovation – to the extent that they are attempting to patent what they claim is a unique ‘individual malt stream’ blending process involving the six malt types. The patent is being challenged as rival Australian distilleries believe the process has been common practice long before Archie Rose arrived.

There’s nothing offensive with this release – the score below reflects that (and remember: on MALT we use the full 10-point scale). However, there’s also nothing revelatory, nothing transporting. I wouldn’t necessarily expect that from an inaugural release, but with my hopes high, this release left me feeling whelmed.

I wish Archie Rose all the best – after all, they are here to stay, and as a big player on the Australian whisky scene I know I’ll be tasting their releases for years to come. 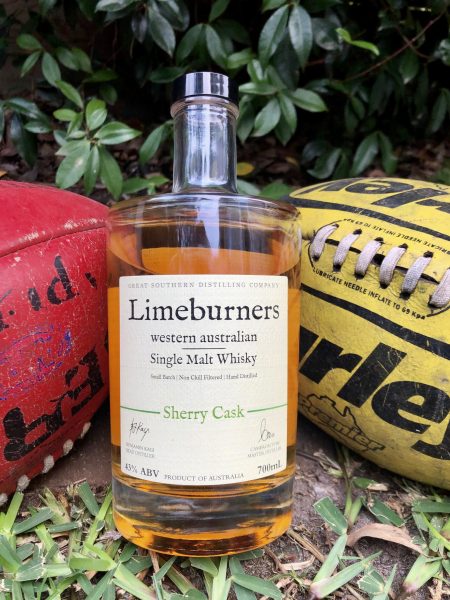 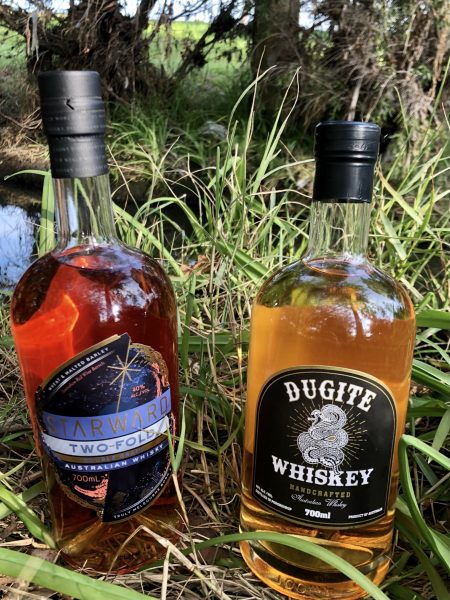 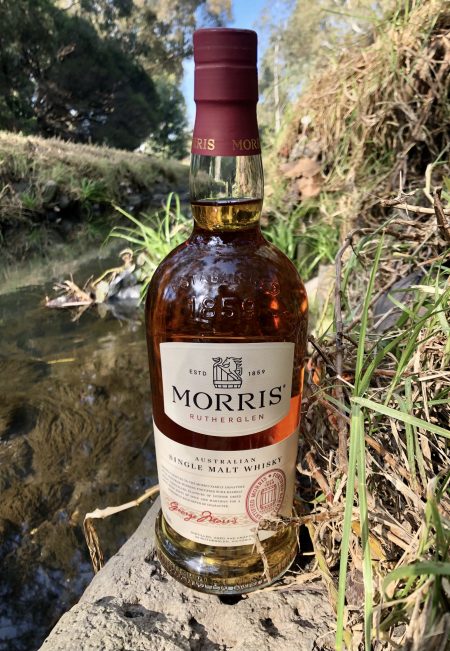