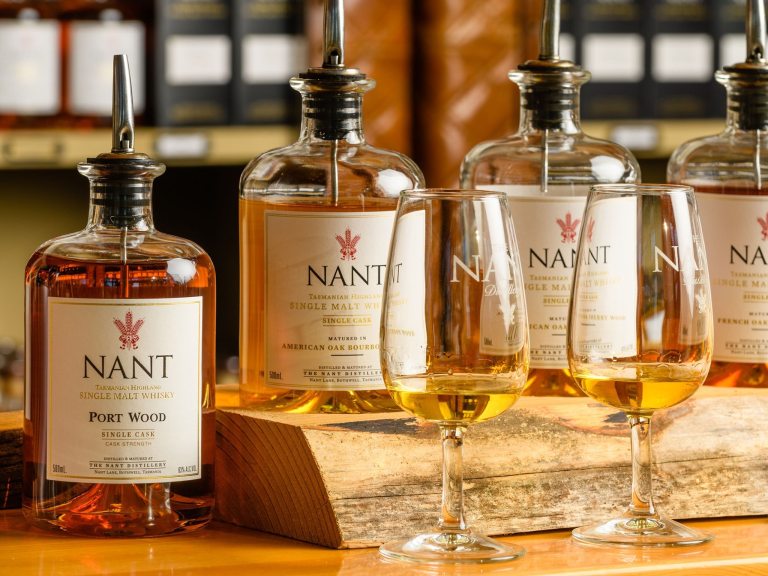 There, I said it. In the Australian whisky lexicon, Nant is truly a four-letter expletive. It’s the distillery whose name you dare not speak, Lord Voldemort style. For Australian whisky aficionados, the story of the fall of Nant (and accompanying scandal) is well known. It was extensively documented contemporaneously. Enter “Nant Whisky” into Google and “Nant Whisky Scandal” will auto complete with a cavalcade of accompanying articles.

But I don’t expect you – the sophisticated, urbane MALT reader with demands on your time – to go to all that trouble. So, allow me to recap the Nant fiasco for you:

The Nant Distillery was founded in 2008 in Bothwell, Tasmania, by husband-and-wife pair Keith Batt and Margaret Letizia. In 2013, Nant launched an investment program whereby everyday investors could pay up to $14,000 for a barrel of whisky filled and stored by Nant at their bonded warehouse. Around 900 investors joined the scheme.

Investors were promised annual returns of 9.55% on their barrels, and – after 4 years – Nant guaranteed to buy the barrels back off the investors with the compounded interest. It was presumed that, at that point in time, Nant would disgorge those barrels and make a tidy sum themselves selling the bottles in their distillery shop, online, to bars or bottle shops.

The investor hoped to make a tidy sum. One investor interviewed purchased 10 barrels for $116,000 with the expectation of a return of $170,000 (others may have been planning to just keep their barrels for their own purposes). Meanwhile, Nant would be funding their new distillery costs and have an established foot in the market.

Trouble started to emerge a few years into the scheme, with reports in the media that Nant was in financial strife. At face value, Nant appeared to be riding so high that they’d opened Nant branded whisky bars in Hobart, Melbourne and Brisbane. However, Keith Batt declared bankruptcy in late 2016 due to debts from another business. Though their barrels had, in theory, matured, investors found themselves unable to redeem anything from Nant.

In October 2016, the publicly listed private equity group Australian Whisky Holdings (AWH) announced their intent to takeover Nant. In early 2017, Nant was placed in receivership. As part of the takeover attempt, AWH undertook an audit of the barrels in the Nant warehouse and found that around 700 had never been filled or had been bottled without the investors’ knowledge.

Put simply: Nant sold barrels to investors they never had the capacity or resources to fill. When exactly they knew this, we’ll never know.

After the full extent of Nant’s debts and malfeasance was discovered, AWH abandoned the takeover and only purchased the distilling equipment and the brand. Investors – from the top end of town to genuine mum and dad types – lost millions of dollars, with no recourse to recover the money.

That would have been the end of the tale of Nant, other than one late twist: whereas the fall of Nant was a very public, newsworthy affair, the latest kerfuffle has been largely confined to the hardcore whisky crowd.

With the Nant brand thoroughly and irreparably tarnished, AWH had to find a way to make their investment worthwhile. Attempting to sell bottles of Nant branded whisky would have been a fool’s errand. In early 2020, AWH rebadged as Lark Distilling Co (LDC). AWH had acquired majority ownership of Tasmania’s legendary Lark distillery in 2018 and rebranded to LDC to acquire a name that better represents their ownership of multiple spirit brands.

In mid-2020 LDC put out two new releases clearly containing Nant spirit but with questionable labelling. The first was a blend of Lark and Nant (and possibly other) spirit they labelled Lark Tasmanian Symphony No.1. In small writing at the bottom of the label, it reads “the first blended malt from the House of Lark.”

The second release, known as the Lark Wolf Release, is solely Nant spirit. At the bottom of the label, it reads “from our Bothwell Distillery.”

It is this Wolf Release labelling which is most misleading; in big letters on the label you can see the words “Lark” and “Single Malt Whisky.” For the uninformed consumer, without the geographical knowledge of precisely which distillery stands in Bothwell, you’d be reasonably expecting to be opening a bottle from the revered Lark distillery.

A few thoughts on this: first, it’s clearly a marketing “misdirect” from LDC and would not stand up to Scotch Whisky regulations, which Australian producers have no obligation to follow. LDC do have an obligation to follow Australian consumer laws with regard to misleading labelling, but I’d hope LDC have followed due process in that regard.

Second, most people who would spend $240 for a 500ml bottle of Australian whisky likely would care less about the labelling if it is a quality drop, but that doesn’t discount the importance of transparency in labelling.

As an informed consumer, I find the mischievous labelling situation amusing, but I would encourage you to read two fine pieces of writing on the subject with opposing viewpoints, from a pair of giants of Australian whisky writing: Andrew Derbidge and Luke McCarthy.

Well, should we taste some whisky? This site is called Malt Review, after all, not Malt Exposition. I’ve obtained a sample of a Nant release, Nant Sherry Wood, a single cask bottled at 43% ABV. Other than that, I really don’t have much information on this whisky. This looks to have originally retailed for around $170, generally on the high end for a 500 ml bottle at lower strength, but perfectly commensurate with the price of most Tasmanian whisky.

As the Nant Sherry Wood releases all seem to be drawn from single casks, I cannot say if my sample is representative of what may still be available on the market. The Whisky Company is selling one option here for $169, or check out Nicks here for $150. 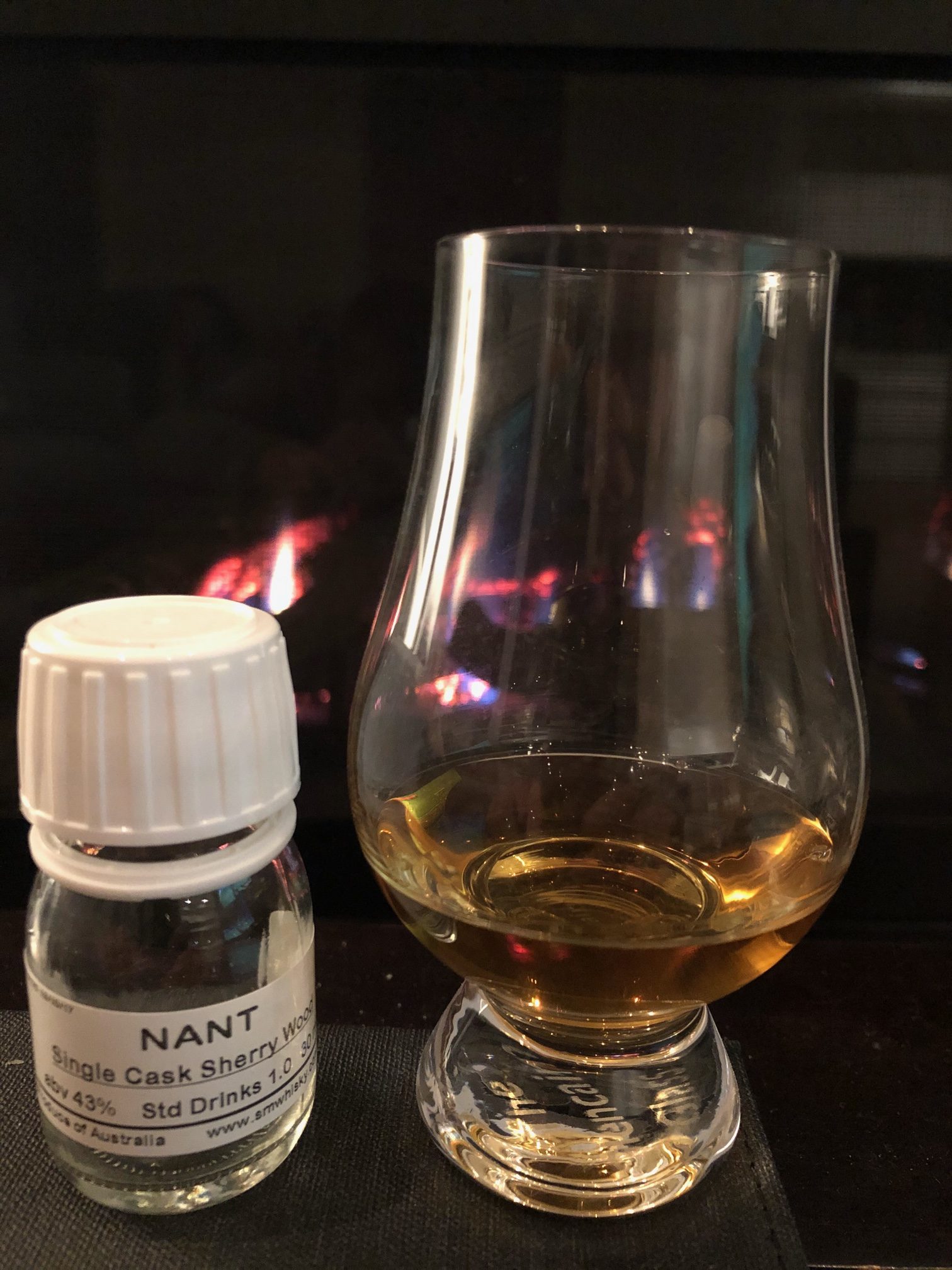 On the nose: Warm, welcoming, and balanced. Sweet notes such as fruit roll ups, brown sugar, over-ripe bananas. Underneath this there is something earthy like freshly churned soil. Also, I get faint notes of damp cardboard

In the mouth: Not the lushest mouthfeel I’ve ever experienced, but some real spicy notes. Mint, stewed rhubarb, icing sugar dusted pastries, pale ale. The youth of this whisky is evident, but it is well crafted and demonstrates a successful balance between cask and spirit.

Nant is the Australian whisky scene’s answer to the Fyre Festival or Theranos. What it needs now is an accompanying Netflix documentary. Its name and notoriety will only fade from here on, especially with LDC choosing the bury the Nant brand. What won’t fade is the pain felt by investors let down by some corporate management that could be called “thoroughly incompetent” if we are being generous, or – possibly – “criminal,” if we are not.

Cask ownership as an investment should only be fodder for those who won’t miss the money if things turn sour. Alternatively, invest in a cask solely for your own personal satisfaction!

Distillery photo courtesy of Lark. Photo of the dram from Mark. All prices in Australian Dollars 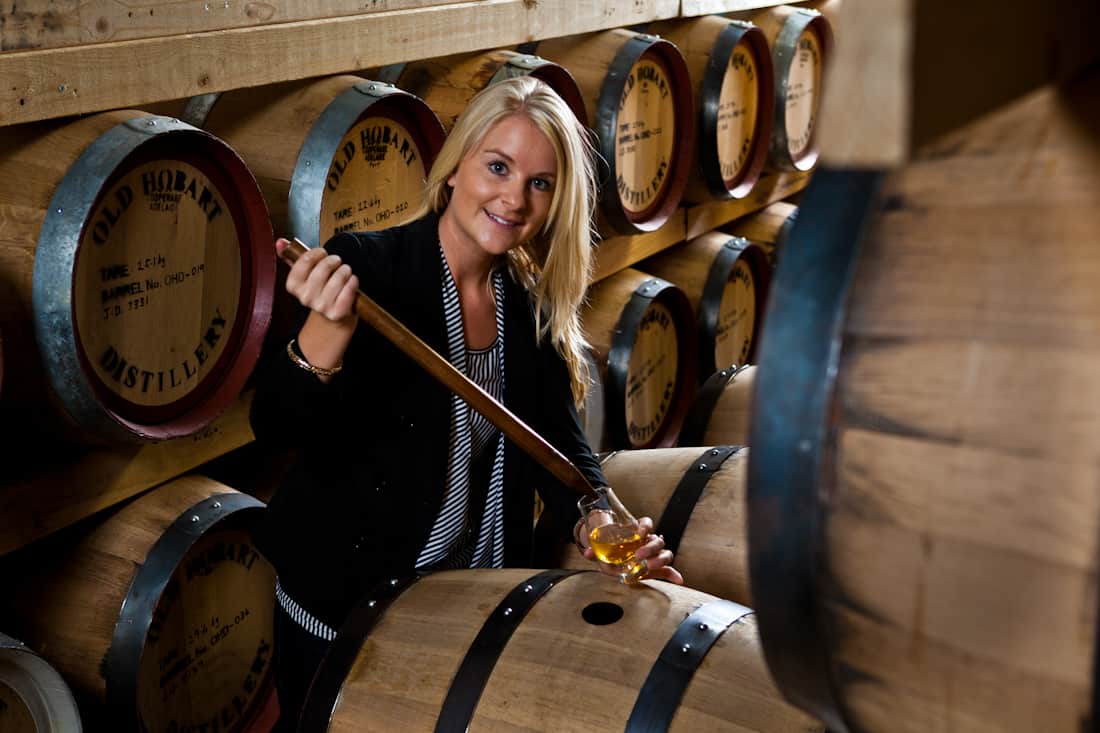