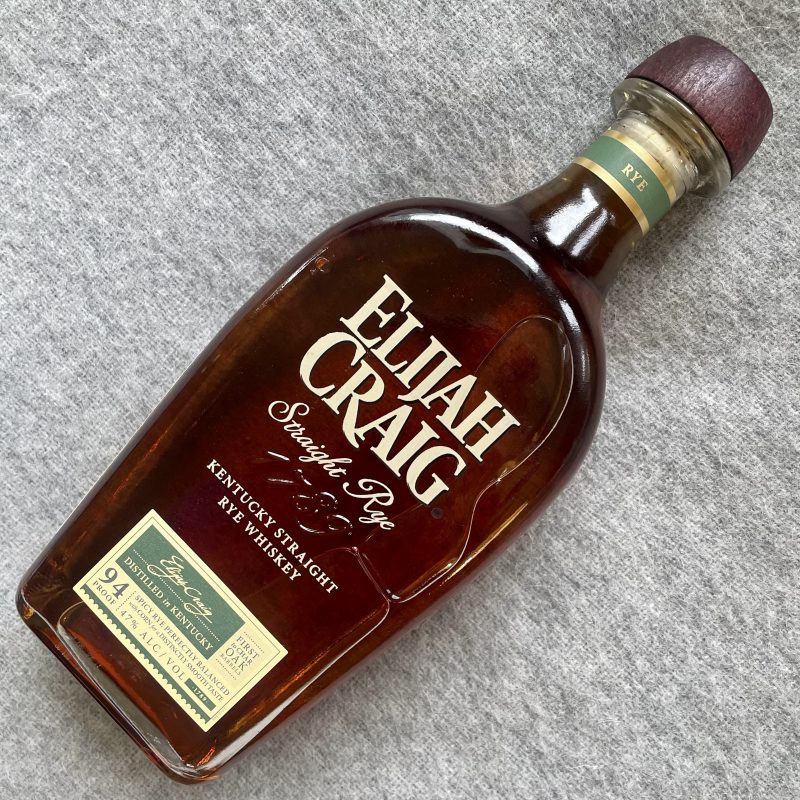 Let me tell you about Billy…

Billy works at the liquor store closest to my house. The store charges state minimum prices for all the bottles on their shelves. Billy is a whiskey fan, and his occupation means that he sees the latest and greatest (or, at least, most highly demanded) bottles first. Billy leaves these bottles out in the open rather than buying them for his own personal enjoyment or – worse – resale. Billy lets his customers get first crack at new releases, allowing a suitable period of time to pass before buying any remainders. When he does buy whiskey, Billy doesn’t hoard or flip it; Billy opens his bottles and shares them with friends.

The bourbon world needs more people like Billy in it.

Unfortunately, those of us committed to supporting our local retailers (and avoiding the “secondary market” of online bourbon resale) are at the mercy of the folks who own the stores, stock the shelves, and work the registers. I’d like to think that more of them are like Billy than not, but empirical evidence indicates that there’s at least a healthy mix of good and bad apples in the bunch.

Back to Billy: I’m in the habit of buying the majority of my potables from the store where he works due to the synergistic overlap of their good selection and fair prices, combined with my proclivity to support local businesses and do right by the people who do right by me. Whenever I drop in, I’ll ask him “What’s new and interesting?” His most recent response to this question pointed me to the last remaining bottle of Elijah Craig Rye, with the rest of the stock having been purchased by prior customers.

Elijah Craig is a mainstay brand for the Heaven Hill distillery, but also seems to be the company’s preferred sandbox for expansion into adjacent expressions. Building on the bedrock of the ubiquitous Small Batch Bourbon, the brand commands the respect of serious bourbon drinkers with the triannual Barrel Proof releases. There’s a niche market in barrel picks bearing the Elijah Craig label; it was also the chosen livery for the distillery’s hop onto the toasted barrel bandwagon.

Announced in October of 2019, the Elijah Craig Straight Rye Whiskey launched in four states in January of 2020, with distribution expanding gradually thereafter. The press release and the website for the expression discloses the mash bill: 51% rye, 35% corn and 14% malted barley. The “barely legal” 51% rye is in keeping with other Kentucky Ryes such as those from Wild Turkey (reported to be 51/37/12), a style different from the historical ryes for which Pennsylvania became famous.

Suggested retail price for this rye whiskey is $30. Within the Heaven Hill portfolio, this new Elijah Craig Rye competes with higher proof expressions such as Rittenhouse (bottled in bond at 100 proof/50% ABV, though with a similar retail price) and Pikesville Supreme (110 proof/55% ABV, SRP of $50). This whiskey is bottled at 94 proof (47% ABV), identical to the Small Batch Bourbon.

As far as competitors from other Kentucky distilleries in the $20-40 range: Beam’s Jim Beam and Knob Creek ryes spring to mind, as do Sazerac rye from Buffalo Trace, 101 rye from Wild Turkey, and Old Forester rye from Brown-Forman. Sourced entrants at a similar price point include Bulleit and Templeton.

All that to say: this is a crowded category with plenty of similarly priced competition, both in-house and external. To garner a positive score, I’m going to be looking for this rye to deliver a marriage of familiar Heaven Hill notes while remaining identifiably rye whiskey. Before we begin: this bottle was a gift from the aforementioned Billy; he has my thanks for this particular kindness as well as his consistently honorable conduct toward myself and others.

On the nose: An upfront sweet and creamy note of honey butter flags this as Kentucky rye from the get-go. Some more characteristic rye aromas lie underneath: aloe skin cream, lime peel, and freshly mowed grass. There’s a wisp of the classic Heaven Hill metallic note that meets a very pleasant note of ground cinnamon. Some time in the glass releases aromas of black coffee, as well as a delightfully surprising nuance combining ripe fruit, mineral, and oak that is reminiscent of California Chardonnay.

In the mouth: The flavors present themselves in dilute and muddled fashion at first, in an echo of the shortcomings of the Elijah Craig Small Batch bourbon. There’s a vague corniness as this approaches the middle of the mouth that transitions obliquely into a mildly peppery flavor with an awkward overlay of oak. The best this achieves on the palate is before the finish, where I get a more firmly delineated mineral note, but that’s faint praise in this case. Some airy sweetness emerges in the finish, which is otherwise mute. Texturally, this lingers with a gently tingling heat throughout the mouth.

While not a classic rye whiskey nose, this still has enough intriguing elements to capture the taster’s attention. The palate, however, is almost completely devoid of character. I had to concentrate very hard in order to discern very much flavor at most points through the mouth. To damn this with faint praise: it is inoffensive and not aggressively priced, but there are superior options from both Heaven Hill as well as other Kentucky distilleries. This is 40% less expensive than the new Pikesville Supreme, but is not even close to 60% as flavorful. In light of that – but considering the moderate price – I am docking a point off of average.

Though this didn’t hit the spot, I’m no less grateful for the generosity of Billy, and indeed of all my friends throughout the whiskeyverse. I hope this review has encouraged you to consider which folks around you are doing things the right way, and to deliberately support and encourage them to the best of your abilities.