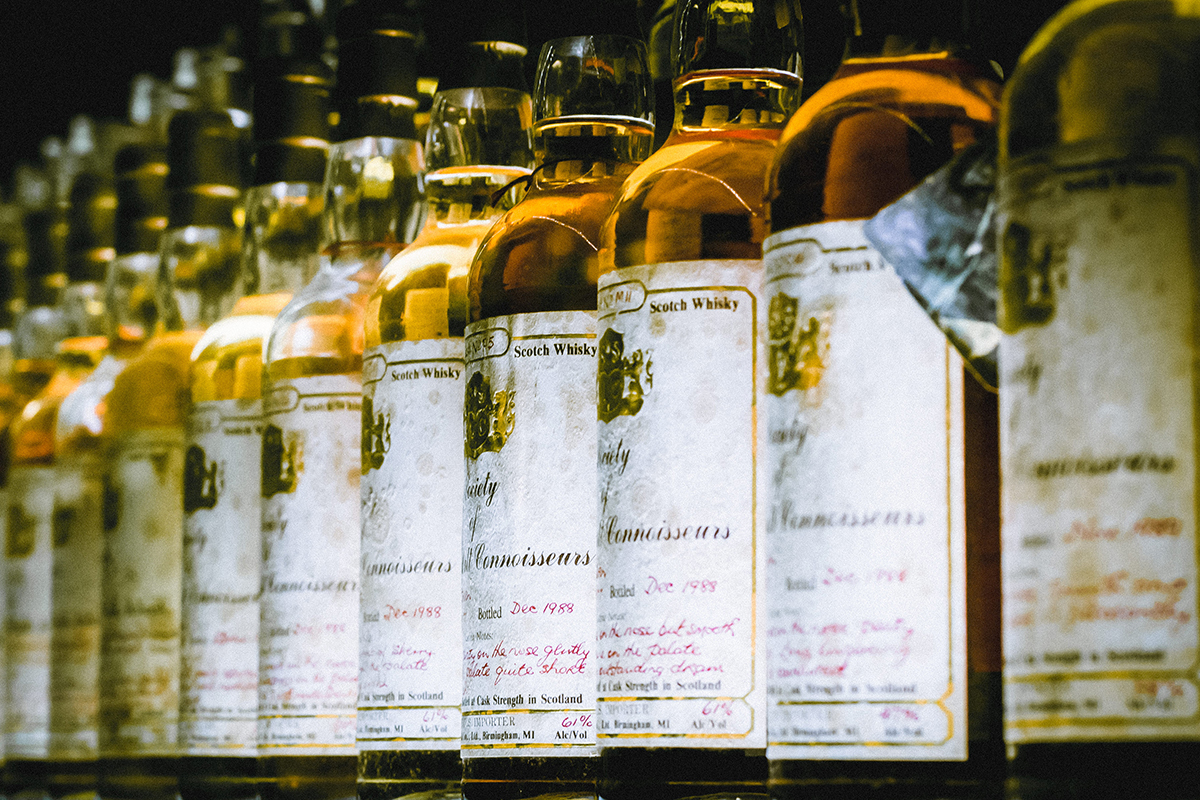 “I have received a circular from a firm of whisky brokers who invited me to help to finance their maturing Scotch whisky. They say I could make up to 75% on my money after three years. Shall I go ahead?”

“It is unusual for a whisky broker to solicit the general public for finance. Leave It alone.”

– The “Investment Advice” column of the Aberdeen Evening Express on Saturday, July 4th, 1959.

The current ebullience in the Scotch Whisky category has resulted in previously unseen levels of engagement from enthusiasts all around the globe. Somehow Scotch has managed to outrun the financial crash of 2008, and thus far hovers relatively unscathed above a global pandemic. This apparently unbreakable interest has ushered in somewhat of an “Age of Whisky Enlightenment.”

Insightful and educated customers are now asking for clarification on quirks in distillery processes where once a knowing nod from a distillery manager would have sufficed.   Like eager students hungry for a morsel of knowledge, we are being presented with a glowing future based on Science and Analysis. Educated Brand Ambassadors supported by Distillers (who now have a genuine career path into Single Malt via Universities and Induction Programs) are forthcoming with in-depth knowledge of distillery production, procedures, and history. In all of this, perhaps the last unexplored bastion of the inner workings of Scotch is the role of the Broker.

Brokers are an essential cog in the Whisky Industry machine. Quite simply,the industry could not exist without them. The uncomplicated description of their function would be “Agents who form the supply chain of casked whisky and new make spirit from distilleries to eventual bottling.”

Historically, distilleries needed a route to market in order to supply casks to grocers in towns throughout Scotland. This was comprised of individuals who were prepared to buy stock in bulk and distribute it, adding on their mark up as they went. This was a relatively small, self-regulated market.

Demand for trading a more diverse range of stock between companies came about with the emergence of the big blends. Each one needed a reliable supply of stock covering the full spectrum of flavour profiles to service their brands.

Along with blends came the rise of Independent Bottlers, some of which remain in business to this day: Cadenhead (founded in the 1840’s), Gordon and Macphail (1890s) and Berry Brothers and Rudd (late 1800’s to early 1900’s). Each one needed to secure contracts to purchase from distillers; some wanted to ensure that they had access to brand new stock straight off the line. They also believed that there could be a market for bottling examples of single malt whiskies, which were previously unknown to the public.  Thus, they started their own lines of bottlings and began selling them from their own shops. This resulted in yet more opportunities for cask brokerage.

To fulfil the needs of the Mediterranean imbiber, Italian importers developed relationships with Gordon and Macphail and Cadenheads in the 1960’s, who began acting as brokering agent supplying overseas markets.

The late 1980’s early 1990’s saw the beginnings of the whisky industry’s great revival and the birth of “Modern” Independent Bottlers such as Signatory and Douglas Laing. Eventually, this resulted in the need for a more defined Broker Network as a link between brokers who buy in bulk from distilleries to supply bottlers and blenders. Of course, each middleman added their profit margin on top as the cask progressed to its eventual end point: the bottle.

Naturally, a whisky broker – as with anyone in business – has to make money. As in any industry, ingenious ways of adding value to stock have been conceived beyond a linear buy-sell-buy-sell approach. In her Ph.D Thesis of 1969 – “An Economic History of the Distilling Industry in Scotland 1750 – 1914” – lseabal Ann Glen explains the practice of “Crossing” and its role in financing the whisky boom in the 1880-1890 period:

“The practice known as *crossing*, which was a form of whisky exchange. “A” might buy a parcel of whisky of a particular distillery from broker “B”, on the understanding that “D” bought from him a parcel of another distillery, or of a different age. The system could be used unfairly for driving up prices, and it was alleged that bills created out of this swapping of whiskies might not be worth the paper on which they were written.”

Today’s market is no less exposed to such financial innovations. Kate Watt, founder of Campbeltown Whisky Company comments on her recent experience:

“Lately, there’s been a huge influx of people acting as brokers, and a lot of them seem to be working from the same stock lists. They will get a list of available stock from their supplier, add their margin (without necessarily buying the casks themselves) and send out their own list to their contacts. We received a list recently containing casks for sale at five times the price that we had been previously offered from a different source. We can only assume that there has been a ridiculously high mark up, or more likely, that there has been a chain of intermediaries involved in between the two offers.” 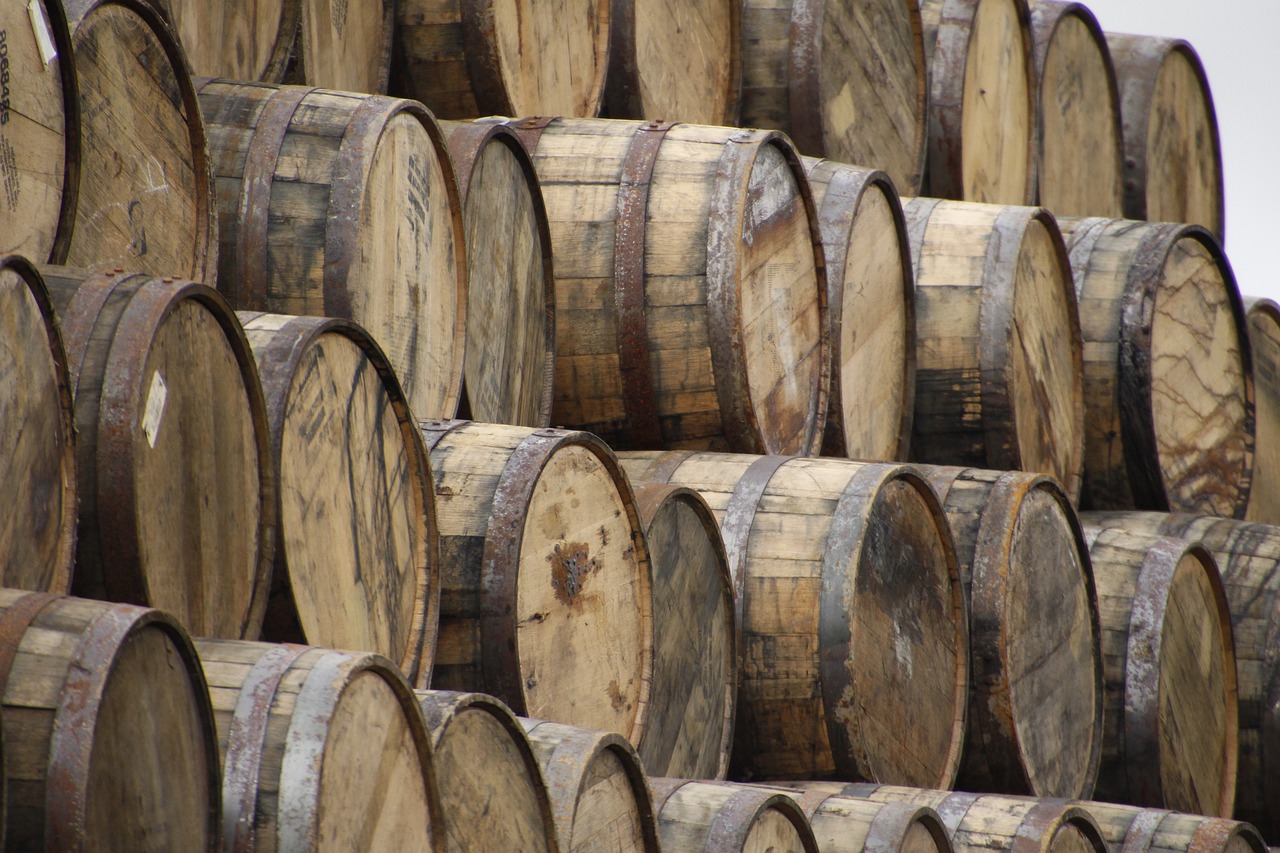 The more curious reader will have noticed that thus far, Brokers themselves tend to form a supply chain that is rarely visible to the consumer. Kate’s Husband and joint founder of Watt Whisky, Mark, offers his insight following his years of experience with both Duncan Taylor and Cadenheads:

“In my head, I have a clear distinction between “Brokers” and “Old School Brokers” says Mark. “Old School Brokers” buy from distilleries and sell in bulk. They don’t have websites and most people won’t have heard of them; you’ve literally just got to know them. Then, a relatively new wave of people who are more accessible and visible to the general public.”

Indeed, a brief web search will bring back a plethora of shiny new websites not only offering the opportunity to purchase a cask, but a surfeit of possibilities for investing in maturing stock, tailor-made for the individual portfolio. Understandably, these emergences have not gone unnoticed in quarters concerned with the end sale of the whisky.

Elixir’s Oliver Chilton (responsible for The Single Malts of Scotland and Elements of Islay ranges) explains:

“Some Investment Companies are just that – Investment Companies. They are not interested in maintaining the industry beyond making their profit, and from my perspective, most of them are making claims that seem ridiculous. Like stating “20% annual return”, and misleading branding suggesting that they have the ability to purchase direct from Distilleries. I’ve been given incorrect information on who can lawfully own casks and how they can be legally stored. I’ve even had an Investment Company representative tell me that they supply whisky for the Monkey Shoulder blended malt, that’s just not true.”

“I find this alarming. Stock is being taken off the market without any specific promise of quality being maintained. Wood is not being checked, the condition of the whisky is not being assessed and the likelihood is that the people responsible for it will have no idea how to gauge its shelf value. At the end of the chain, the cost of Duty, Bottling, and Distribution has to be covered and bottles have to be sold. Inevitably, some people will lose out.”

Whisky is popular again. Like every market, whisky is subject to the forces of supply and demand… and demand is in ascendance.

We have already seen a dramatic rise in the secondary market for old and rare bottles Brands are paying more and more attention to the luxury market and people are willing to pay huge sums of money for bottles of whisky. Would it be fair to assume that this confidence in the sector has given rise to cask investment, and is therefore a natural evolution of demand? Might the industry nay-sayers merely be protecting their own interests with their criticism?

After all, the very nature of the Broker Supply Chain is that you only tend to hear about it when certain nefarious individuals get too greedy and things go wrong (See: Pattison Crash, The Napier Spirit Company, and Marshall Wineries/Grandtully Distilleries). In the long history of whisky, these incidents are relatively few and far between.

Alternatively, have we reached a watershed moment where the undeniably successful revival of the industry has rendered the self-regulatory nature of the Broker Supply Chain ineffective? Does the potential danger of another “scandal” and the reputational harm it would cause outweigh the relevance of a more transparent and open trading system? Is it necessary to think about proactively stamping out these issues before they arise?

Freedom, you’ve got to give for what you take…

Scotch is entering hitherto unexplored territory as an industry. As recent as ten years ago, tales of the extent of its current popularity would have seemed fantastical. While we are right to actively celebrate, promote and expand the category to its full potential, we need to do so responsibly and ethically. Maybe there are grounds to reflect on the history of this fabled product, crafted over time, manufactured in a tradition that takes pride in handing down skills, knowledge, jobs, and product down through the generations.

With success and growth comes keenly increased responsibility to protect the reputational – and consequently economic – integrity of the industry.

There is an opportunity for trade groups and regulatory bodies to proactively engage, openly and frankly, with representatives from all ends of the supply chain. They must set solid, forward-thinking, and workable foundations for protecting the industry (and consumers) from the influence of individual malfeasance. Doing so might just help avoid repeating the “Boom and Bust” we’ve experienced in the past.

Let’s hope they get it right. 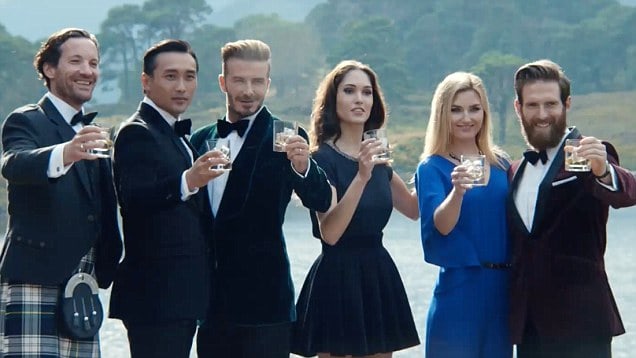