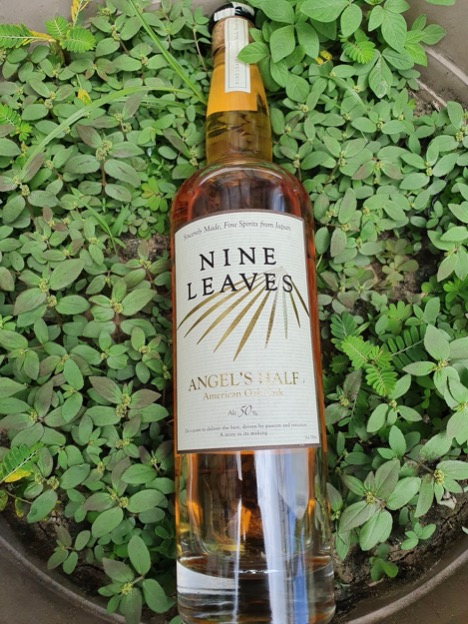 No matter how comfortable one’s life gets, there is something about creating with your own hands that is always fulfilling.

This must be something that applies to Yoshiharu Takeuchi, also called Yoshi-san, who is the founder and distiller of Nine Leaves Distillery. While drinking a Velier-bottled Nine Leaves, I had a conversation with Manabu-san of Rum and Whisky Kyoto about the brand.

According to him, Yoshi-san inherited a family business started by his grandfather. This Nagoya-based company manufactures car parts for companies like Toyota. Yoshi-san was probably not satisfied with just inheriting a family business, and he ended up developing an interest in distilling. As someone who is also part of a family business, I can guess that hearing whispers about only inheriting success played a part in driving him to start something of his own.

The result of this ambition was Nine Leaves, which Yoshi-san started in 2013 at the age of 46 or 47. It was said that he initially thought of distilling whisky; Ichiro Akuto of the Chichibu Distillery is even accredited as one of the people who helped him look for the distillery site. Even so, Yoshi-san eventually decided to produce rum. He wanted to prove that rum is not limited by location and can be made well anywhere. After all, Japan has the quality ingredients (sugarcane byproduct, yeast and water) to produce them. It can also be surmised that he may not have wanted to jump on the Japanese whisky bandwagon.

The Nine Leaves Distillery is located in Otsu City of Shiga prefecture, which is really close to Kyoto. A huge reason for the chosen location is the water source (an ingredient that Japanese sake often considers, too). The Takeuchi family crest is a nine-sheet bamboo grass. This is where the distillery name, brand and logo come from, although the logo found on the label is a modern arrangement.

Aside from being the only distillery employee most of the time, what makes Nine Leaves rum different from most is that the base is brown sugar from Tarama Island. Knowing some Japanese lingo, this must refer to kokuto. Kokuto, AKA black sugar, is an unrefined whole cane sugar from the Okinawan islands. These are often used for baking and kokuto shochu. Perhaps this is the Japanese version of jaggery? Yoshi-san, then, experimented with different types of Japanese yeast. The one he ended up using is rarely utilized to make spirits.

To learn about distilling, Yoshi-san trained for three days at the Chichibu Distillery. He says that three days may seem short, but he sees the process as similar to manufacturing. In the automobile manufacturing industry, three days is the most one gets in getting the hang of a factory. It’s in the distillery that he learned of the Scottish pot stills from Forsythes. As a result of his training, the pot still he ordered for the first distillation was inspired by the Chichibu stills. He consulted Forsyths for the pot still meant for the second distillation, and they recommended a still with the shape of the Glenmorangie pot.

I first learned more about Nine Leaves due to the Lone Caner, who wrote about the brand and distillery in 2015 as part of “The Makers” series on his site.

On the nose: The initial whiff I got after pouring this reminded me of the Yamazaki 12’s nose, but after letting this breathe for a few minutes, that Yamazaki nose thins out and envelopes the nose along with some heat. Behind it, I get intense but muddled aromas of vanilla, honey, raw sugar and a bounty of fruits. These aromas craft a mental image of walking past the fruit vendors found in Tokyo’s Tsukiji market and Osaka’s Kuromon market. There are apples, in-season Japanese strawberries, Japanese melons, papaya, more honey and pears.

In the mouth: This isn’t as intense the nose, but what I taste is just as incoherent. There are medium notes of coconut sugar syrup, dried apricots, honey, apple juice and vanilla. In between those are glimpses of ripe Japanese strawberries, kumquat, green apples and persimmon.

One of the points that really stuck to me was reading that Nine Leaves uses a wash and a spirit still. While this was originally a Scottish style of distilling whisky, it is now something the Japanese whisky distillers have adapted pretty well. It’s also something Nine Leaves has, obviously, adapted to use. I wonder if the Yamazaki 12-ish aromas I got are a result of that distilling style, plus the Japanese yeast Yoshi-san chose. As a side note, I’d be very curious to taste a double-retort pot distilled rum by him, if he ever bought one.

This has a full-bodied nose but lacks variety. While I enjoy full-bodiedness of spirits, there’s also a persistent and enveloping heat in this that lends to the rum but also somehow acts as an obstruction to its enjoyment. Despite the body, this lacks depth and complexity, which makes me think that it’s a young spirit, most likely fermented for 2 or 3 days.

It isn’t as full-bodied in the mouth, which led to less heat. The downside is that what I taste isn’t so coherent; still, sipping and nosing this are two different experiences. The lack of depth and complexity here reinforces my thinking that this is young. Maybe around 2 years old.

My saying that this is young and lacks depth may put off a lot of readers from trying this rum, but let me reel you back in by saying that it’s very unique—as unusual as the Fiji rum I’ve tried, in that once you’ve tried them, it’s very easy to pick one out from a crowd. Aside from the Scottish distillation style used to produce it, it’s safe to say using brown sugar instead of molasses as the base ingredient really affected the outcome. The score I was going to give it was initially a 5, but the uniqueness warrants a plus 1.