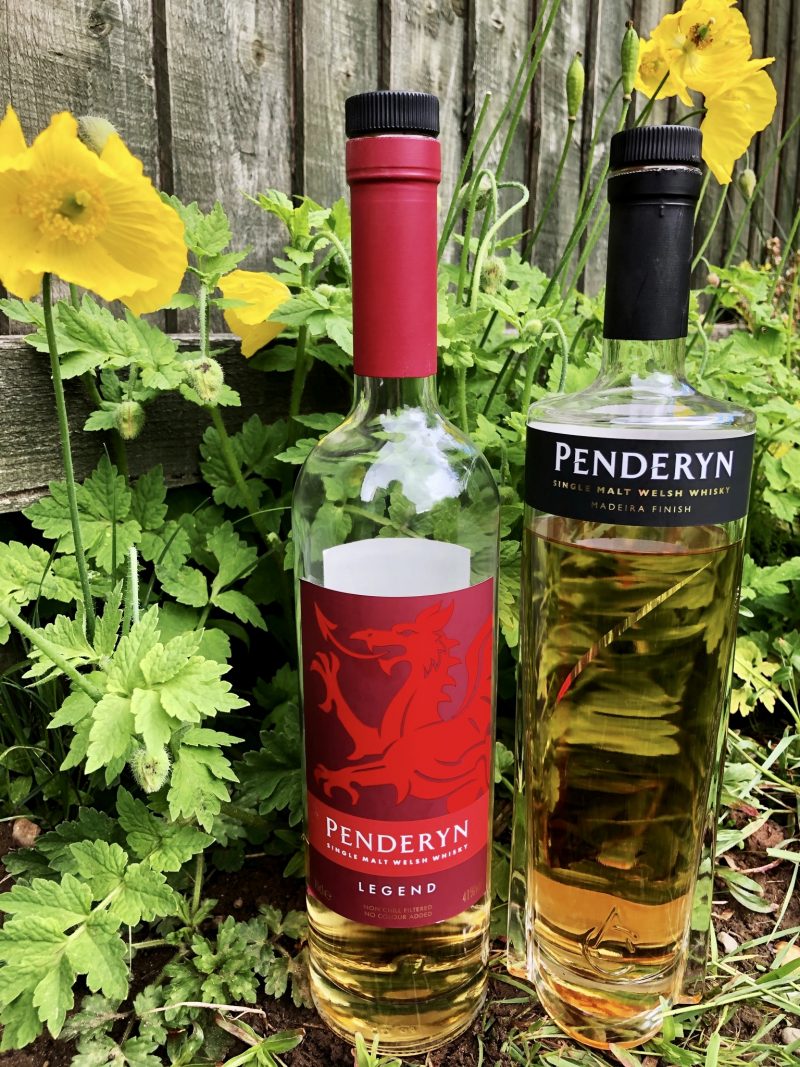 Us Welsh people have many similarities with the Scots and the Irish.

We are all proud Celtic nations, with our own language, identity, rugged, sparsely populated lands, and a history of oppression at the hands of English rule. One area where we have been lagging behind is in the production of whisk(e)y. However, there is an interesting history to Welsh whisky, as well as signs of a bright future ahead.

Although distillation in the country can be traced back many hundreds of years, the first commercial distillation of whisky in Wales is widely reported to have happened in the mid-18th century, by a man by the name of Evan Williams.

You’ve heard of him, right? Williams, the man who reputedly brought distilling to Kentucky, was a Welshman. When things didn’t work out this side of the pond, he emigrated to the land of opportunity and made a name for himself.

Prior to Penderyn opening at the start of the 21st century, the last distillery in Wales was Frongoch, near the beautiful town of Bala in the north of the country. It was known for its Royal Welsh Whisky, after being bestowed with a royal warrant by Queen Victoria in 1895. Unfortunately, it closed its doors not long after and never re-opened again, later becoming a prisoner of war camp during World War I. The most famous inmates were Irish revolutionary leader Michael Collins (who spent two years at the camp following the Easter rising of 1916) and the author, playwright and politician Terence MacSwiney.

Many of the local Welsh guards at the camp sympathised with the inmates’ fight for independence against British rule, and the camp became known as the “University of Revolution.”  Upon release, a number of the former prisoners went on to create the Irish Republican Army (IRA) and won independence for the south of the country a few years later. It’s an interesting history, and maybe I have whet your appetite to look it up further… but I should probably get back to talking about whisky!

Today, Penderyn honours this heritage and produces a Royal Welsh whisky as part of its Icons of Wales series, which carries a re-creation of the same label The Welsh Whisky Co. used at Frongoch. It is available at The Whisky Exchange. Interestingly, although I believe only three bottles are known to exist, one of the original bottles is for sale at the same retailer for a mere £5,000. This could be your chance to own a piece of whisky history, if you have very deep pockets. Could you imagine how much it would cost if it was a circa 1900 bottling of Macallan?

Some of the stills used at the distillery are rather different to the traditional pot stills you would find in Scottish distilleries. Their unique Faraday still consists of a single pot, with a two-part rectifying column, and produces a spirit at a whopping 92% abv. Rather than trying – and probably failing – to explain it here, it may be best to refer you to Penderyn’s website, where they go into much more detail. I said “some” of the stills, as in recent years they installed a couple of pot stills of the variety you would expect to see in Scotland, allowing them to experiment further and create a different style of new make.

The only previous review of Penderyn on Malt was when Adam reviewed the Portwood finish a few years ago. Although an interesting review in its own right, the main reason I reference this is to agree with his comments regarding our castles and rugby team being better than the Scots. They have most of the best whisky, so they have to give us something!

As whisky continues to boom and more distilleries open all over the world, it’s not surprising that Wales has a number of new distilleries, too. One such distillery is Aber Falls in the north, which is owned by Halewood Artisinal Spirits, better known for their independently bottled brands such as Crabbie and American Eagle. Their first single malt was released on the 17th May this year, made entirely in Wales using 100% Welsh barley, and is limited to 2000 bottles.

Another interesting new distillery is In The Welsh Wind, in the west of the country, which also has an emphasis on locally grown Welsh grain, with barley being grown on site too. They are also the first of the modern Welsh distilleries to have their own malting facility. You’ll have to wait until 2024 for their whisky to be available.

The other three whisky distillers in Wales, which make up six in total, are Dà Mhìle, Coles and Angelsey Môn. Before they started distilling their own whisky, Dà Mhìle were responsible for commissioning the world’s first organic whisky of the modern era, which is something we see more and more of these days from other producers. That whisky was a 1992 Springbank, bottled in the year 2000 as a 7 year old. Their current single malt is a non-age statement bottling from a single first fill Oloroso sherry cask, and is available from
Master Of Malt.

Coles recently released their first single malt, a single cask ex-bourbon matured whisky, which is available direct from their website. You’d be forgiven for missing Angelsey Môn, as they don’t appear to even have a website, but they are producing a whisky on the island of Anglesey. All I can tell you is it is made on a family farm using their own spring water and bottled at 40%. Penderyn are also expanding, with two new distilleries opening in Llandudno in the North this summer, and Swansea in the south of the country in 2022.

On to the review: this Penderyn Legend was aged in ex-bourbon casks with a madeira cask finish and bottled at 41% abv. It is £31.90 from Master Of Malt and £29.95 from The Whisky Exchange.

On the nose: A sweet and very fruity nose with lots of sharp, bright lemon, honeydew melon, banana, toffee apple, rich sultana and vanilla cream. There is an earthy petrichor note too along with acetone nail polish remover.

In the mouth: It’s pretty thin on the palate. There is more lemon, apple, raisins and also some damp cardboard. The initial sweetness is soon overpowered by bitterness, which is prolonged and remains in the finish, with cream, hazelnut, drying oak spice and salt.

I really like the nose on this one, and it far outperforms the palate. In the mouth, the flavours are good, but lack much depth, and the bitterness that develops towards the end goes too far for my taste.

Following that, we have the Penderyn Madeira Finish. Aged in ex-bourbon casks with a madeira cask finish, this comes to us at 46% ABV. It is £36.90 from Master Of Malt and £34.95 from The Whisky Exchange

On the nose: The first thing that hits me is a sweet confectionery bubblegum aroma, along with sultanas, melon, lemon, and earthy damp cellar. I’m also getting some fresh bread dough, Werther’s Original butter candies and acetone. Rather youthful and spirity.

In the mouth: It’s a sweet palate, with a bitter oaky, spiciness that comes in shortly after. Unlike the Legend, the bitterness stays in check and some of the sweetness remains throughout, keeping things much more balanced. There’s rich juicy sultanas, heather honey and creamy vanilla, along with sour lemon and sharp green apple. The finish is dry, with the green apple lingering, together with ginger, sultana and oak spice.

This is much better. The palate has a better balance and fuller flavour, possibly thanks to the higher ABV. I’d suggest this would be a better option if you want an introduction to the distillery, especially when you consider the relatively small price difference.

Both of these whiskies are non-chill filtered and with natural colour. Big thumbs up there. The Madeira finish comes in at 46%, which we always love to see. The Legend is bottled at an intriguing 41%. I’m not sure what the thought is behind that, but I suppose we should be thankful of anything above 40% from an entry level range. Although only one of these is named the Madeira finish, both are actually finished in ex-madeira casks. Madeira finishes are something of a house style for the distillery. As you can see from the tasting notes, both whiskies share many similarities, which isn’t surprising.

As with many of the new distilleries of the 21st century, Penderyn have not embraced age statements for their core range, which after 20+ years of production I think is a shame. We can only assume it is because they have decided to keep things young, which would be backed up by the spirit-y nature of both whiskies. The way their Faraday still works, the high ABV their spirit comes out at, and those bubblegum/acetone notes, reminds me of a grain whisky, rather than your traditional pot stilled single malt. It’s a unique and different distillation process, and I don’t think you can compare it like for like with a single malt from Scotland.

With the expansion to three distilleries, business must be going well. I am looking forward to visiting the new distillery in Llandudno when it opens this June, and to exploring more of the range in future. I would love to try something with a bit more age, as well as whisky distilled in their more traditional pot stills, should such a product exist down the line. Having been born in Wales, and having lived there all my life, it is great to see the beginnings of a thriving whisky industry, led by Penderyn. The history of Welsh whisky may be a little patchy, but the future looks bright. 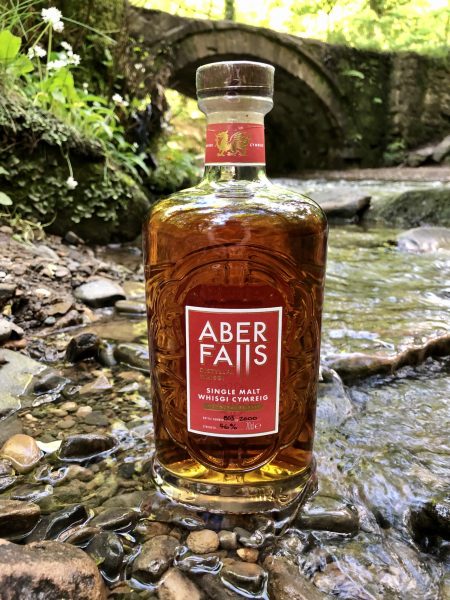