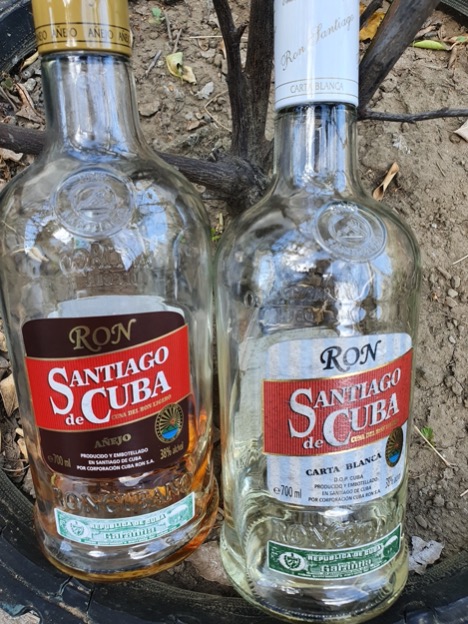 For a few years now, a portion of the spirits industry has been saying that rum is going to be the next big thing. And for those number of years, these few heralds of rum seemed to have been overstating their case.

However, the time of rum seems to finally be now. More whisky geeks have heard the call and are paying more attention; articles like this one from Forbes have shown numbers that indicate that rum sales are taking off. (FYI, Koutsakis—the article’s author— is known as a whisky guy). This has been accompanied by a number of articles, including this one, that indicate that rum has caught up to gin sales

Aside from social media, which can sometimes be unreliable, a few multinational companies’ actions also suggest a trend. In 2019, Campari made some noise when they acquired three Martinique agricole brands and a distillery. These are La Mauny, Duquesne and Trois Rivieres. I’ve been told that the La Mauny distillery produces the rum used for Trois Rivieres and Duquesne. In case you don’t know, Campari already owns Wray & Nephew; it makes rum for Wray & Nephew and Appleton. Another example comes from earlier this year, when LVMH launched their own Cuban rum brand called Eminente.

Pernod Ricard also got in on the action when they acquired majority stakes at Columbian rum brand La Hechicera.  A few days ago, I also found out that Diageo had made a deal with Cuban rum brand Ron Santiago De Cuba in 2019. The rum is from the distillery formerly known as Matusalem in the city of Santiago de Cuba at the opposite end of the country. The distillery used to belong to the family who owns Bacardi. (Bacardi rum was originally Cuban rum.) The Cuban government took ownership of it in 1959 after the Bacardi family was forced to flee to Puerto Rico.

LVMH and Diageo showing more interest in Cuban rum is intriguing. A few more-knowledgeable rum enthusiasts have told me that Cuban rum has been and is one of the most influential and important rums. I don’t exactly know why, but part of it may be due to Bacardi originally being from Cuba. Something about them initially trying to be a premium brand but ending up where they are today after being better enjoyed and known as mixers for the Cuba Libre cocktail.

If you’re interested in my thoughts on the best-known Cuban rum brand, Havana Club, I’ve reviewed the 3 year and 7 year here. The “rum has no rules” misconception should also be dispelled by reading that article as it shows a brief overview of the Cuban rum rules of production.

38% ABV. At least two years old but light in color due to charcoal-filtration. £24.45 from the Whisky Exchange.

On the nose: Some initial and medium heat that quickly dissipates. The heat gives way to light and slightly lasting aromas of bananas, peaches, pears. Next come even lighter and fading aromas of honey, mint and gomme syrup.

In the mouth: Very similar to the nose, but the heat here is a lot weaker, while the fruity notes are bolder. The tastes of bananas, peaches and pears are still present. The gomme syrup taste is more forward, while the mint and honey take a back seat. More banana notes come out afterwards, but it’s like a mix of chewing on bananas and its peel.

Similar to the Havana Club 3, I’m not going to give a quantifiable score for this. It does its job as a mixing rum. These light and charcoal-filtered styles of rum are made for cocktails like mojitos and daiquiris. I’d say this is slightly better than the Havana Club 3. Despite having a lower ABV, it has a lot of body and flavor.

On the nose: Some initial light heat that also quickly dissipates. I immediately smell toffee and butterscotch. Some medium ethanol heat sneaks in. There’s a light and quick aroma of muscovado syrup, cinnamon, leather, coffee and orange-flavored-chocolate. I get hints of the Carta Blanca in this with the late appearance of bananas, pears and gomme syrup.

In the mouth: Just like the Carta Blanca in the mouth, there’s very little heat. The toffee and butterscotch are also way up at the front. There are also muscovado sugar, cinnamon syrup, candied oranges, honey, vanilla, and cherry-flavored candies.

An acceptably enjoyable rum one wouldn’t feel bad about mixing with or drinking neat. The flavors are something a bourbon or Speyside Scotch drinker will like, as they’re in a very familiar range. This is something I wouldn’t mind drinking over a long session with friends. The flavors don’t really stay, so you can focus on your company rather than the drink.

Is this better than the Havana Club 7? I’d say yes. It has more body and complexity despite its lower ABV.