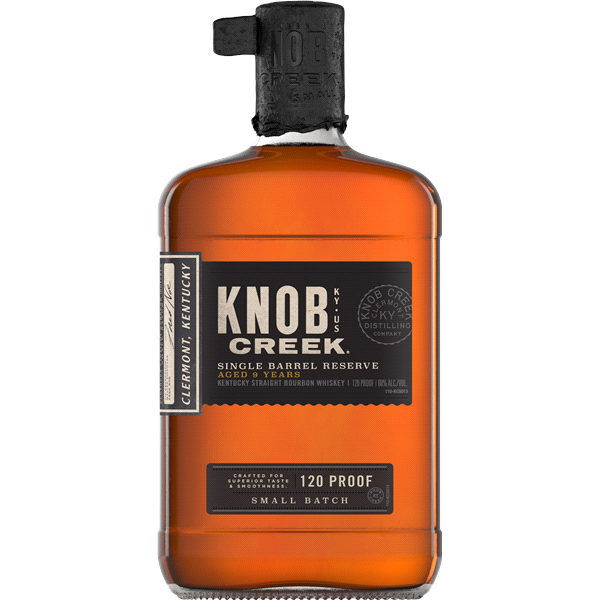 I imagine that my bourbon journey proceeded a lot like other peoples’. It started with whiskey as something to be consumed, rather than tasted. Beginning with the bottom-shelf expressions, my preferences were elucidated gradually, over a long process of trial and error. Eventually I developed some discernment and connoisseurship, with a growing awareness that there were yet better bourbons that I could procure.

This is when my heartaches began: content feelings turned to covetous ones as I sought out this or that expression that I had heard of, often at not-insignificant expense. Some of them became new favorites; more ended up being duds that were chalked up to sad experience. Dalliances with overpriced bottles were not the worst of my troubles; with increasing frequency, I was unable to even locate (much less afford) my desired quarry.

Thanks to the generosity of others, I was eventually able to try the majority of the bourbons that I was previously pining away for. As with the ones purchased personally, there seemed to be a half dozen misses for every hit. Still, I was treated to some epic whiskeys, and I quickly became spoiled. If it wasn’t a unicorn bottle from a shuttered distillery, a super-duper-ultra-limited-edition, a 140-plus-proof bruiser from the highest of ricks, or a zany off-profile barrel pick that made me reconsider everything I know about whiskey, I started to feel as though it was unworthy of my limited time and attention.

If this sounds like a miserable way to “enjoy” whiskey: that’s because it is, and I eventually realized that I wasn’t really enjoying it. I yearned for the simplicity of the early days, in which a moderately nice bourbon was enough to put a smile on my face. I longed to get back to that simpler time… but how?

I recently started drinking everyday bourbon again. Starting with the Four Roses Small Batch, I rediscovered the joys of very-slightly-better-than-average whiskey. These bourbons are not going to transport you to distant planets or otherwise change your life, but they will offer pleasurable drinking for a reasonable price.

As it turns out, this normal bourbon is still in abundant supply. Though it may be difficult to believe for someone accustomed to chasing allocated bottles that disappear before they even hit store shelves, mainstay expressions from the large distilleries remain as plentiful as ever. One can walk into any supermarket or any liquor store and be assured of finding a pretty good whiskey.

One of these ubiquitous, modest overachievers is Knob Creek, from the Jim Beam distillery. Since my first taste of a Knob Creek store pick, I have been positively predisposed to this label. In an interesting inversion of my highfalutin’ inclinations: the more I diverge from the core expression, the less I care for the whiskey. I didn’t really enjoy the Quarter Oak and thought the pricing on the 2001 Limited Edition was aspirational, even if the whiskey was nice enough. A store pick with a mid-teens age served, for me, as a cautionary reminder that bourbon doesn’t always get better with time.

However, in that time I have also enjoyed a lot of Knob Creek in informal settings: at an airport bar, on the beach (as a component of a highball), and in the company of friends. At no point did I feel myself on the verge of transcendence, enlightenment, or the development of any superpowers. However, I did experience the placid tranquility of someone who can just enjoy a little bit of whiskey without overthinking, wringing his hands, or waxing poetic.

In acknowledgement of my new orientation, I’ll be reviewing a whiskey today which is not fancy. OK, fine: this whiskey is slightly fancy (old habits die hard). It’s the Knob Creek Single Barrel Reserve, originally introduced in 2010. “Our distillers handpick exceptional barrels to be enjoyed in their full, unblended glory,” says Jim Beam. Though this is the type of statement that would typically get a gleeful skewering from me, I’m going to let it slide.

The specifics: This is a single barrel bottled at a strength of 120 proof (60% ABV) and carrying an age statement of nine years. At my local store, bottles retail for about $60 and can be found without much effort… you know, the way it should be. However, this was a sample generously donated by Dave, who has my continued gratitude.

On the nose: A polished woodiness meets herbal and forest notes. There’s all manner of pine needles, paprika, nutmeg, thyme, and anise scents lending this quite a piquant nosefeel. Suddenly, a sweet corn note cuts through all this and sings out. Some time in the glass reveals an ashy scent, as well as some subtly stony and gently, lightly fruity aromas. I eventually get a sweet and richly delicious aroma of banana bread which pushes me to finally take a sip.

In the mouth: Starts with a subtly woody richness, which blooms into a hot fruitiness as the whiskey expands to fill the middle of the mouth, evincing the high proof. The top of the tongue is presented with a note of strongly brewed iced tea with a large lemon wedge squeezed in. This turns suddenly into an austere, drying note of limestone that spreads out across the roof of the mouth as the whiskey moves into the finish. There are some lingering notes that echo the pine and herbal scents from the nose; this finishes with an intensity that fades only gradually, resulting in a feeling of stubborn persistence; a slight and momentary bitterness is the only off note to speak of.

Conclusions: This is solid, in the manner of the baseline Knob Creek expression. However – particularly on the nose – there’s a level of aromatic and flavor development that argues for the premium price. Speaking of price: this delivers almost all the high proof drinking pleasure of the more recent Booker’s batches for a much more palatable outlay. It’s certainly far more interesting than other single barrel expressions in the $60 SRP range, with Blanton’s immediately springing to mind as a woeful competitor.

In consideration of all the above, I’m awarding this a positive score and encouraging the Knob Creek fans in the audience to treat themselves to a taste of the high life. For the rest of those on the endless bourbon treadmill: step off, relax, and have a drink!