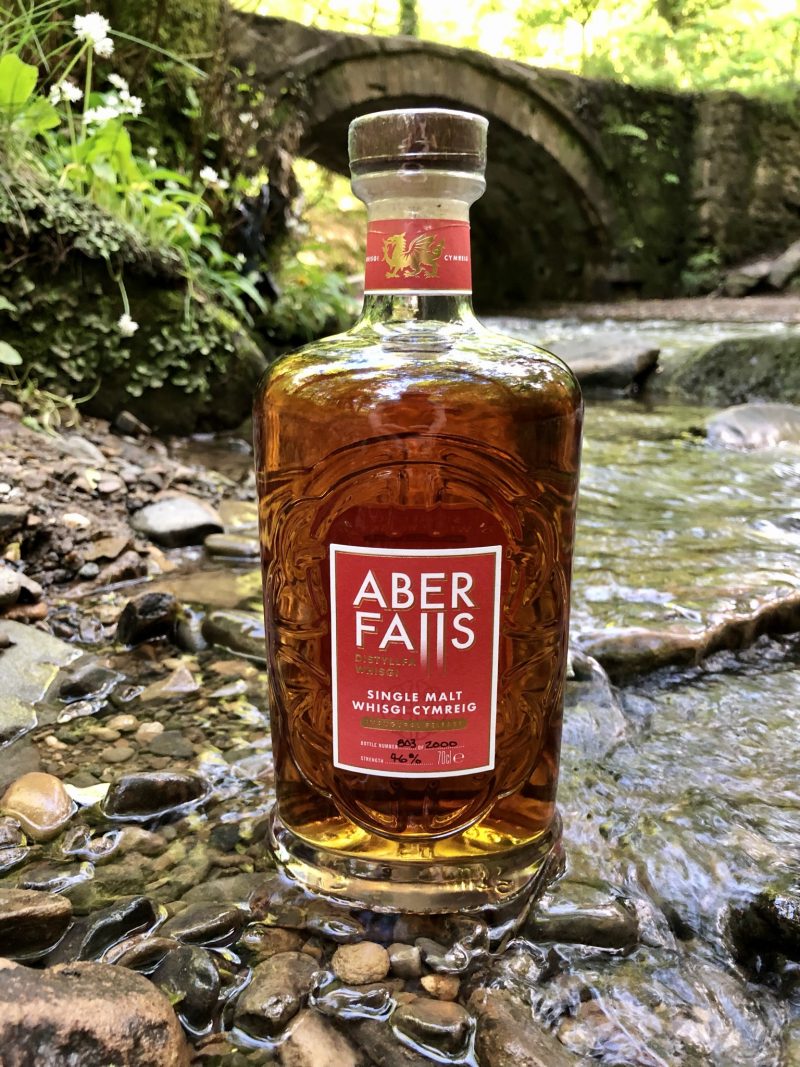 However, it is a bit more significant when the new distillery is in an area where there hasn’t been one for many years, and in a part of the world that I call home. My last review was a focus on Welsh whisky past and present, with a review of a couple of bottlings from Wales’ oldest working distillery, Penderyn. As a follow up, I wanted to review the newest kid on the block to release a single malt.

Aber Falls is located in a beautiful spot, with the north Wales coast one side, and the mountains of Snowdonia on the other. It is named after a stunning 120-foot waterfall a couple of miles from the distillery, the water from which passes directly past the distillery buildings on its way out to sea. This same water is used for their whisky, thanks to their own borehole. If you are of the opinion that water makes a difference to the whisky, then fresh water flowing from the Snowdonia mountains is a pretty good source to have.

The first new make spirit came off the stills in early 2018, which makes it just about old enough to be bottled as whisky. Malted barley is brought in from Pembrokeshire in the west of the country, with every other process – from milling to bottling – being carried out on site. They have two copper pot stills, with both copper and stainless steel condensers. The idea being the copper takes out some of the heavier elements, and the stainless steel keeps more of them in the spirit.

At the start of the year, it was announced that Dr. Kirstie McCallum, previously of Distell (Tobermory, Bunnahbhain and Deanston) and Glen Moray, would join owners Halewood Artisinal Spirits as their master blender. The company are better known currently for their independently-bottled whiskies such as Crabbie, Peaky Blinder, The Pogues, and American Eagle bourbon.

I have noticed a few people on social media have reservations about Aber Falls based on some of those whiskies, particularly The Pogues and Peaky Blinder, which appear to sell themselves based on the name of an Irish Celtic punk band, and a popular TV show, rather than the quality of the contents. However, it is important to realise that these whiskies don’t target the enthusiast market, and their success has enabled Halewood to spend millions creating this distillery. They have also opened a distillery in Edinburgh, which will produce single malt for the John Crabbie & Co brand.

From what I can see they are doing things right at Aber Falls, with the way they produce and present their whisky. There is a focus on locality and being part of the community.  They are using 100% Welsh barley, with a field-to-field policy of reusing the by-products of the distillation process. The spent pot ale is used for fertiliser, and the distillers’ grains go to local farmers to feed the cattle.

I went on a tour of the distillery recently, and an excellent guide took me around and explained the production process. I was a little disappointed not to see the warehouse, to have the opportunity to try the new make spirit, or to try samples from the individual casks. Hopefully, there will be a more suitable experience for whisky fans in the future. The tasting at the end consisted of their range of gins and liqueurs, plus this inaugural release, which is a little disappointing for a whisky geek, especially one that doesn’t usually drink gin. Unfortunately, no photography is allowed inside the distillery, with everybody’s friend “health and safety” the reason given. It seems some distilleries will let you take all the pictures you want, whilst some don’t. If you want to see what the place looks like, there is a virtual tour on Master Of Malt.

The inaugural release of 2,000 individually numbered bottles went on sale the week beginning the 17th May in the UK. It promptly sold out on their website, as wellas on those of any of the retailers that had an allocation. At £45 for a beautifully-presented first release, you can see why, considering today’s whisky market.

This is a marriage of whiskies from American virgin oak, Spanish sherry, and orange wine casks. The orange wine is a particularly interesting addition, something which wouldn’t be allowed were it a Scotch whisky. It is bottled at 46% ABV, but there is no reference to whether it is non-chill filtered or with natural colour. If it is, then please label it as such!

On the nose: This is big. A rather powerful hit of sweet candied orange from those wine casks, as well as tropical passion fruit and mango in abundance. Rich toffee and butterscotch, along with raisins and dates. There’s a hint of coffee, grassy silage and a little rosemary.

In the mouth: It is a little young and spirity on the palate, and I think it benefits from a small drop of water. It is three year old whisky after all. It has a lovely glossy viscosity and the first flavour sensation you get is sweet orange syrup, along with raisin, blackcurrant, bitter caramel, espresso coffee and peppery spice.  The finish is drying, with double cream, hazelnut, oak and salt.

I am constantly conflicted, and even hypocritical at times when it comes to young whisky. I still believe there is no substitute for a longer maturation in quality casks, and I will maintain that stance… but then, something like this comes along and makes me think again. The selection of casks and the use of virgin wood has helped make a really flavourful whisky in a short space of time. I have been impressed with a number of young releases from new distilleries; this is another one. With an abundance of newcomers releasing their first whiskies in recent years, it is important to stand out or risk being left behind.

For a first release of a very young whisky, I think this is superbly done. The nose is a wonderfully fruity slap in the face, and I could happily nose it for hours. The sweet fruitiness continues on the palate, and I would perhaps like the sweetness to be reined in a touch. It also shows signs of its youth as one would expect. I am nit-picking a little, but I’m sure the distillery would admit this is not the finished product, merely a first introduction. Having said that: if you told me I could pick up another bottle for £45 when this one runs out, I would be replacing it for sure.

If you haven’t managed to get hold Aber Falls inaugural release, there will be more whisky coming from them in September. 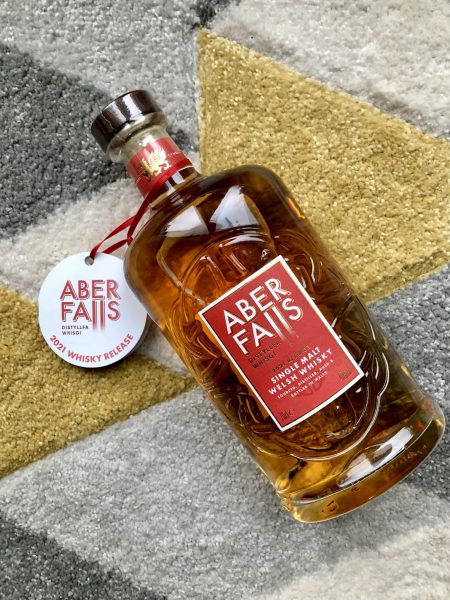 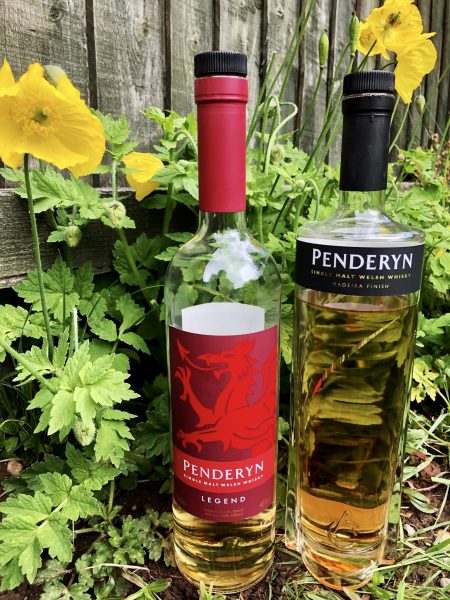 Welsh Whisky and a Pair of Penderyn