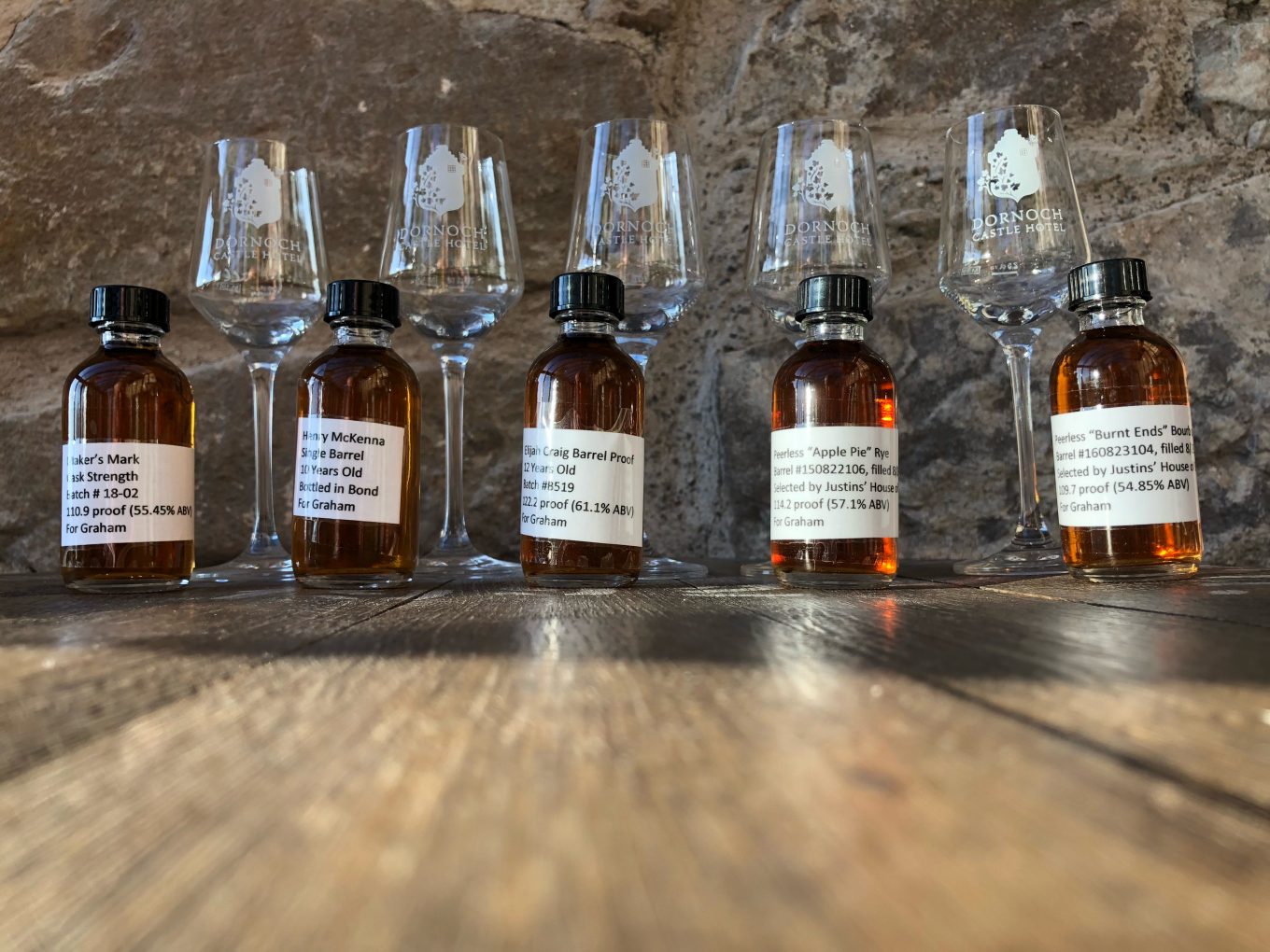 Let’s be straight: I cannot recall ever drinking a bourbon whiskey that was not masked by some sweet cocktail ingredients.

I spent my student years demolishing Jack Daniels in most unhealthy fashion (not even a bourbon I know that much) and the familiar smell of JD really repulses me now. As a non-bourbon drinker there appear to be relatively limited attempts to win me over.  A modest selection in supermarkets is sold entirely by price point. I’ve never browsed a whisky shop and had a bourbon suggested by the staff.

I recently travelled through a UK airport on a domestic flight and  – whilst the retail assistant was at pains to point out that none of the whisky for sale was available to domestic travellers post-Brexit – they were at a loss when I asked about bourbon.  “What about American whiskey in general?” I asked. “We have some Jack Daniels,” came the reply.

I do know that there is a growing bourbon scene in the UK, but it is significantly more niche that something like rum.  I know there is a UK Bourbon club, or something similarly named, and I imagine I’m only one degree of separation from some real connoisseurs.  Outside of the supermarket staples, the UK prices appear off-putting for an ignorant guy like me who does not know his “West Texas Wild-Pig” from his “Minnesota Mile-Maker.”

Another thing holding me back from venturing into the bourbon scene was the feeling that there is so much to know and experience with Scotch that I never really had any spare bandwidth to devote to world whiskies in general or bourbon to be specific. But, when Taylor offered reciprocity in a sample share, I knew his bourbon picks would be a great starting point.

Perhaps what I’m getting at is: don’t expect any blazing insight or deep dives from here on; but hopefully for Scotch drinkers who, like me, have not tried bourbons the experience below might be of interest.

I am sorry to admit I have not even read the Malt articles about these picks. I might just wait until publication of thisarticle before reading them!  Each one of these has been properly reviewed by Taylor and is linked next to the notes.

I’m sure this will qualify for my shortest article on Malt ever!

Colour: I’m going to mention this only once as the samples are indistinguishable from each other in this regard.  Dark copper or deep chestnut.

On the nose: Spirty cereal sweetness, noses like a well-aged grain Scotch whisky, some nail varnish, fresh spray paint, followed loads of fresh wood spice, and the stone of a peach.

In the mouth: Very sweet, almost plastic-like spirit, chewing on a traditional wooden pencil, Trebor Extra Strong Mints, the second pass after tongue anaesthesia is much more mellow, peppery spices and the finish is long oily and intriguing.

In the mouth: So much smoother despite the proof. Menthol spirit, old theatres with dusty carpets, none of the fruit I was expecting from the nose.

On the nose: Prominent vanilla, a meatiness, cask char, BBQ firelighters, Jelly Bellys… actually if anyone aged Jelly Bellys in a whiskey cask for a month this is exactly how I imagine they would taste.

Firstly no scores due to my not having any other reference point, but I certainly enjoyed  the Henry McKenna and Elijah Craig more than the others.  Altogether great fun and very interesting. Adding water did not bring out layers of hidden flavour like I might have expected in Scotch, but it did make these powerful whiskeys more approachable due to the lower proof.  I would not say any of them were tongue sucking and lip-smackingly delicious, but they were all intriguing.

Perhaps more interestingly, I took the remainder of these samples to some friends, now that the UK restrictions allow it.  I also took some Scotch.  Within the social setting of drinking beers, telling stories, and generally not paying as much attention to the spirits (as I think Scotch often requires) the bourbons were the hit of the night.  They created a real talking point and balancing them with the flavours of the hoppy craft beers and lagers was quite successful.

I’m not sure that I would rush out to buy a bottle of bourbon for myself on the back of the tasting.  I would consider taking one ‘round to a social garden BBQ or boozy poker night before I’d take a bottle of Scotch whisky.  As an aside: for fancier affairs – such as pre-wedding or post-wedding socials – I like take a bottle of Compass Box Hedonism.  What I am certain of is that I am much more likely to try bourbon this summer by the dram in bars and hospitality.  I’ll definitely start to read the Bourbon reviews on Malt, I promise!  I’ll probably look out for more bourbon tastings too.  Now my resolve is broken, I’m going to have to find some more bandwidth.