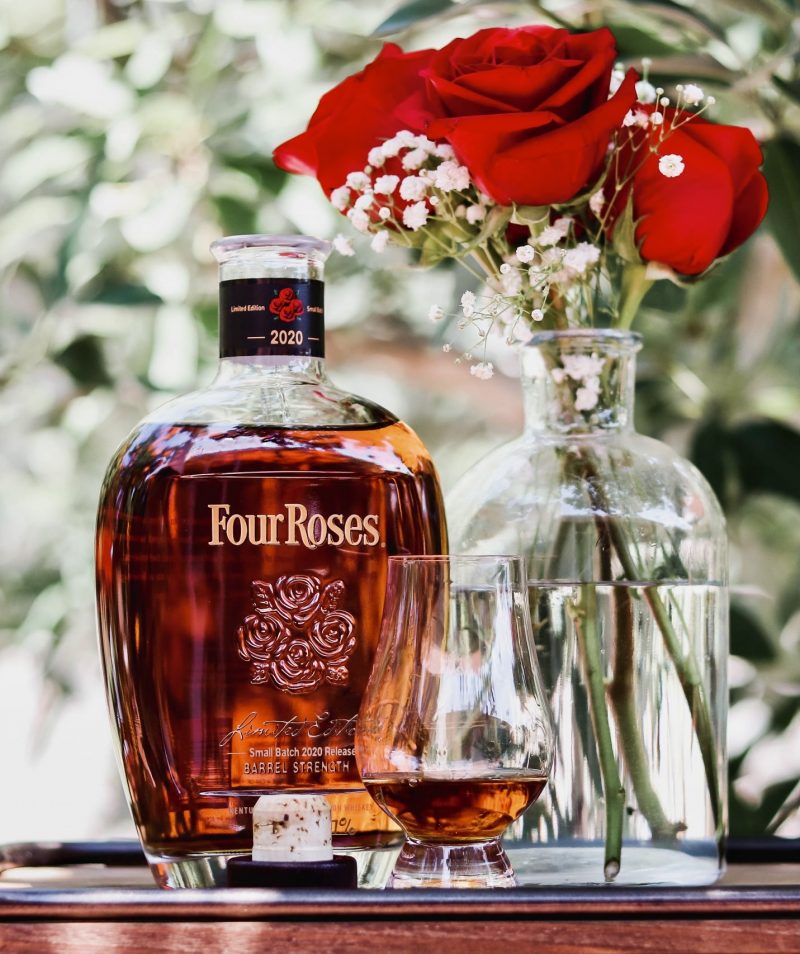 I really need to shut up.

It seems like no sooner do I open my mouth than the tides turn, the wheel of fortune rotates, and I’m left backtracking or admitting the error of my ways. In my defense I can only say that my mistakes are made in earnest, using the best information I have at the time. Thankfully, things often turn out for the better.

For example: I concluded my last Four Roses piece by saying that I felt the house style (specifically the high rye mash bill) didn’t really suit my personal tastes. Shortly thereafter, I had the privilege of tasting a single barrel pick from the Bourbon Crusaders (OESQ, for the incorrigibly curious) that was by far the best whiskey I have ever had from this distillery. It not only made me want more of that barrel, but also rekindled an interest in a distillery that I had relegated to the mental back burner.

Heart softened and mind opened, I swore to swear off swearing off (got all that?) distilleries, brands, and so forth. Call it a New Year’s resolution coming six months too late… or six months too early, depending on how you look at it? In that spirit, I’ll be revisiting Four Roses today. To double down on the denial of my preconceptions, I’ll be reviewing the 2020 iteration of the Small Batch Limited Edition expression, a format which has not conspicuously impressed me in prior years. More on that in a moment…

Speaking of Four Roses barrel picks: one of the most interesting things to happen in bourbon recently was the revelation that Four Roses had been asking participants in its barrel pick program to sign an “Agreement of Non-Mutilation of Brand Packaging.” Please check out the entertaining Bourbon Pursuit roundtable devoted to energetic discussion of this topic, in which our friend Brian Haara weighs in about the legal merits of the new prohibition.

Though the internet erupted with the news of a “Four Roses Sticker Ban,” a close reading of the text of the agreement reveals a very narrow focus on the abuse of trademarks, misrepresentation about the source of the product, violation of federal labeling regulations, or reputational damage to the distillery. The second paragraph of the agreement says, in short, that any trouble that arises as a consequence of an applied sticker is the picker’s own responsibility, and that Four Roses is off the hook.

OK, so I’m not always wrong: I foreshadowed this development in my meditation on stickers, noting that the tasteless extremes to which these labels had been pushed more or less ensured a crackdown. This was especially so in light of the migration of some these stickers into territory that infringed copyright and featured well-known cartoon characters likely more appealing to children than to anyone of legal drinking age.

In Four Roses’ case, the wording of the agreement strongly suggests a concern that (to create a hypothetical example) a barrel pick group would affix a sticker using – let’s say, again hypothetically – Disney characters in a way that would provoke the ire of alcohol regulators and/or Disney’s lawyers. This latter group has a reputation for ferocity that I’m sure set the folks at Kirin/Four Roses have no desire to experience firsthand.

While the explicit agreement is relatively limited in its scope, there is a larger implicit threat looming behind this: screw around with a foolish sticker and lose your future picks. This is credible in light of the explosive demand for barrel picks generally and for Four Roses barrel picks specifically, which well outstrips the program’s capacity for supply.

On the topic of supply and demand imbalances: though I don’t monitor “secondary” market prices, I am informed by those who do that private barrel picks of Four Roses are being offered for three to five times suggested retail price (itself around $70, for reference). To bring this digression home: if that’s the benchmark against which Four Roses bourbon is measured, then the high price tag on the Four Roses Limited Editions – previously a sticking point for me – becomes less of a concern. There’s no way to adjust for this on the Malt scoring framework, but the consideration will dwell like a demon in the back of my mind as I taste this whiskey.

Back to the whiskey: I’m tasting the 2020 release in the Limited Edition Small Batch range, which is the prestige offering in Four Roses’ comparatively restrained product portfolio. This iteration in the series is a blend of “12-year-old Bourbon from the OBSV recipe, a 12-year-old OESV, a 19-year-old OBSK, and a 16-year-old OESK,” per Four Roses’ official site.

It is bottled at “barrel strength,” in this case 114.4 proof (55.7% ABV). 14,040 bottles of this were released with a SRP of $150 back in September 2020. I’m not oblivious to the fact that I’m now 10 months late to this particular party; my hope is that this review will serve less as a guide to whether one should try to obtain one of the long-gone bottles of this vintage, and more as to an indication of the likely quality and value of future releases.

One final note, before I dive in: this was a sample generously provided by Corey, who has my sincere thanks.

On the nose: Aromatically enticing, this presents a varied nose of freshly baked sourdough bread, peeled ginger root, cashews, and a very sharp, piquant floral scent. The ginger note is really a revelation here; with some time in the glass, it takes on the fizzy sweetness of ginger ale soda. More concentration yields a drily woody note that takes an ashy turn toward the spent embers of a campfire. There are plenty of other aromas in here – such as an uncanny smell of grape bubble gum – that would tax the reader’s patience if listed sequentially. Suffice it to say, there’s a multitude of diverse elements that mix together pleasantly.

In the mouth: Upfront, a sharp bite of black pepper meets with some very pretty floral flavors that are, appropriately, reminiscent of rosewater. Many of the aromatic elements from the nose reemerge in flavor form at midpalate, this time presented as a collective whole rather than in cadence. The floral notes return as this moves toward the finish, this time in the dried form of potpourri. There’s a slightly acidic sharpness to this before it fades somewhat abruptly in flavor terms, though the whiskey remains texturally persistent. From the front to the back of the mouth, there’s a subtle but lingering heat to this that nods repeatedly to the bottling at barrel proof; there’s also the sharpness of rye and a sensation that approaches an effervescent feeling.

Tasted blind, I might have sworn this was rye whiskey, so marked is the contribution on the palate from the high proportion of that small grain in Four Roses’ mash bills. That’s not to say this is one note, however. The nose, especially, showcases an incredible breadth of aromas, some of which are truly novel. The palate is challenging, but in the best of ways. It poses questions to the taster that beg for answers in the form of another sip. Though it’s unique, I also like that it bears a few of the hallmark Four Roses notes, with the floral elements being particularly well-integrated throughout.

This is by far the most interesting of the Four Roses limited editions I have tasted. It also argues most convincingly for the premium price, as the singular notes on display here are not replicable in any of the other mainstay expressions from this distillery. It delivers a special tasting experience, which should be the aspiration of any whiskey singled out for elevation through presentation and price. Happy to once again be proven wrong (both regarding this distillery as well as the annual limited edition format more broadly), I’m mentally upgrading Four Roses. We’ll see what happens next…