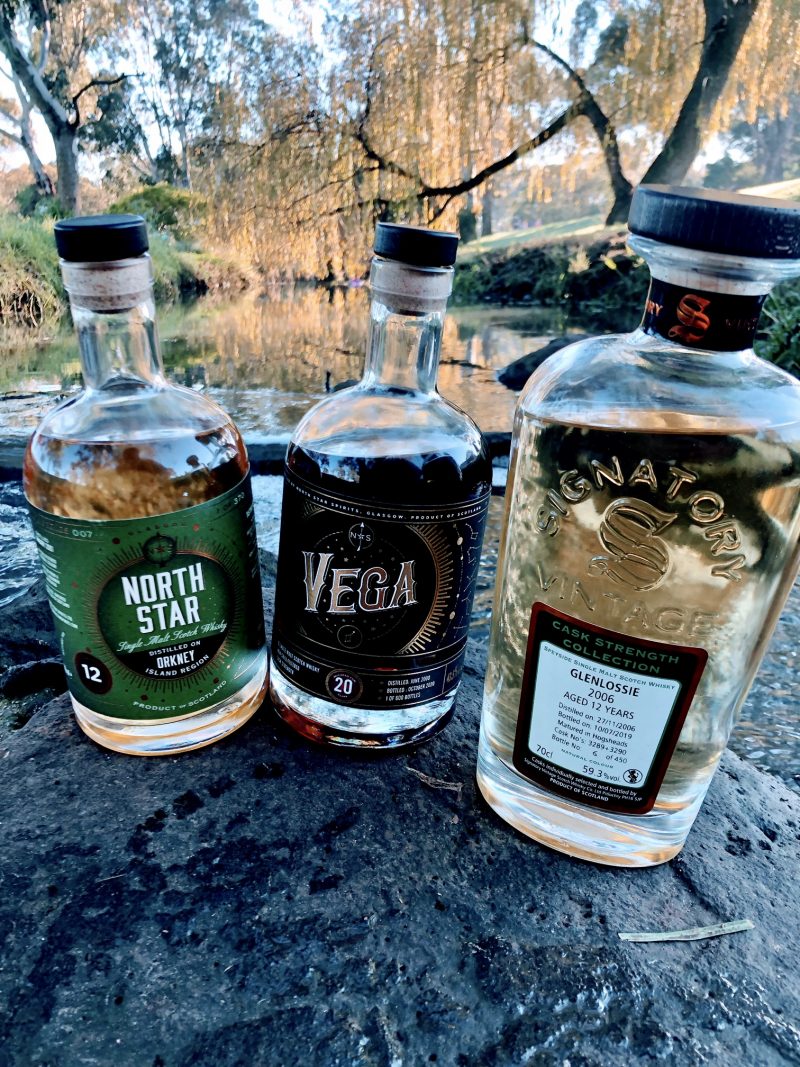 In Melbourne, Victoria, there’s a few things we never take for granted.

We know not to trust a sunny start to the day. Our footy team’s three goal lead late in the fourth quarter is a four goal burst from the opposition away from ending in tears. If we caught a perfectly punctual train to work in the morning, we may just as easily be catching a bus home that evening when the rail network buckles.

Over the last 18 months, we’ve learned not to take for granted the ability to enjoy the simple pleasures of having friends over our house. Overall, Australia has had it pretty good during the pandemic. Victoria, however – and particularly Melbourne – has far and away been the hardest hit area in Australia.

So, after coming out of our most recent lockdown – we always seem to be in or between lockdowns – I had a friend over to enjoy some beers and pizza before moving onto a few drams to round out the night. He asked to sample my highest rated whisky for Malt Review, and I realised I’d only granted one score of 8 to date. My friend commented that I must be a tough judge, but I replied that on Malt an 8 has to represent an excellent dram for the 10-point scale to have meaning. We aren’t in the habit of throwing around scores of 90 here!

I thought for an experiment I would browse my cabinet and go in search of a 9/10. The rules were simple: the bottle had to be unopened so that I was going in blind, and it had to be a bottle for which I had a reasonable expectation of high quality. The three I settled on were:

Let’s get started with the Glenlossie. 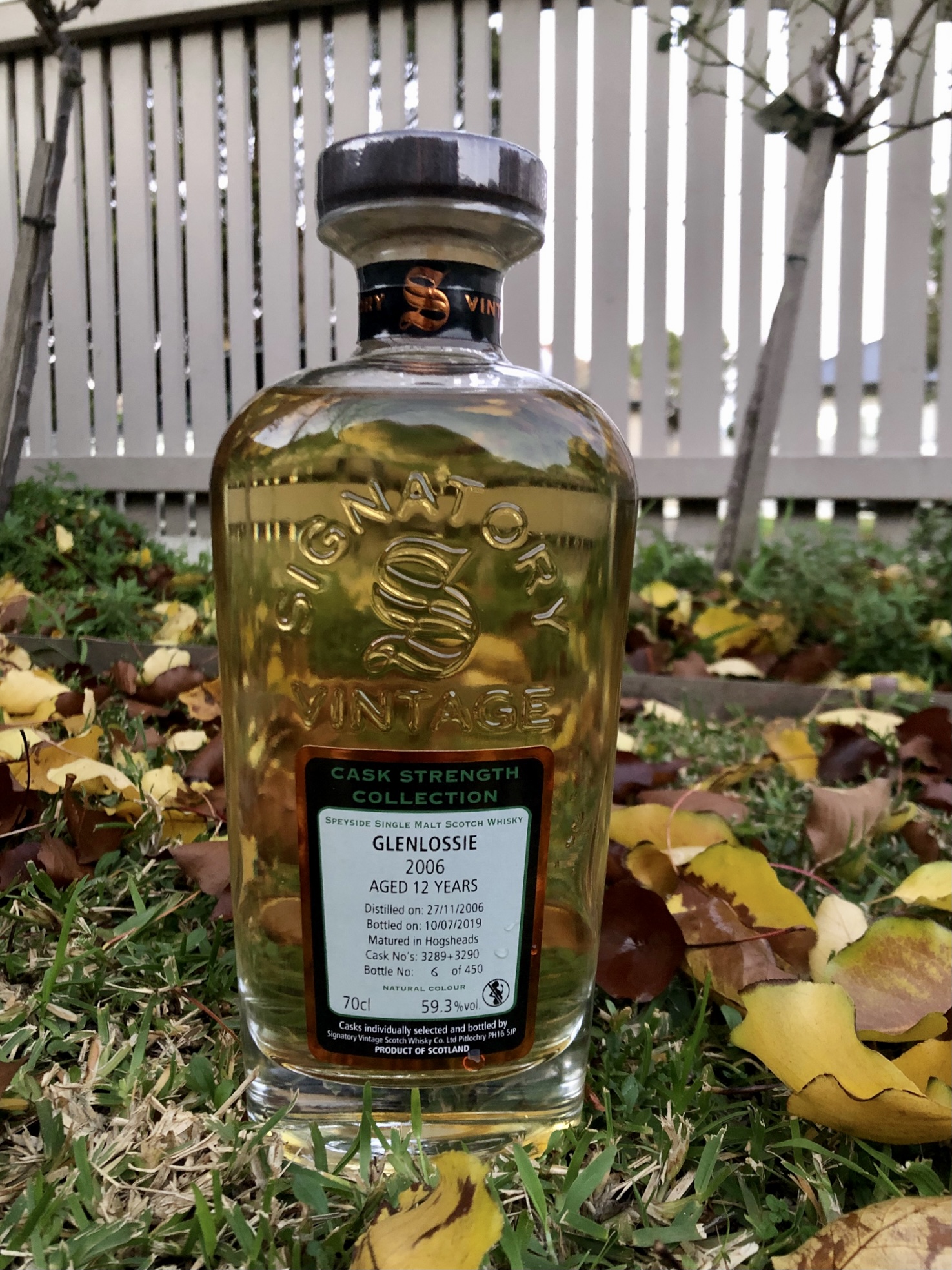 On the nose: Classic ex-bourbon aromas dominate on the nose. Melted butter and whipped cream, vanilla essence, some denim, something else metallic – perhaps aluminium foil. The longer I nose this I start to get dusty books on a library shelf. Not much here by way of fruits but there is desert wines. This nose was worth spending a little extra time with.

In the mouth: Immediately, what a dense, viscous mouthfeel! This tingles the tastebuds. Passionfruit, elderflower cordial, mashed up raspberries and blackberries, tonic water. After a while honeycomb emerges. I add water to loosen this glass up and it mellows the flavours out nicely turning this into a gentler sipper with some sponge cake on the palate.

Who knew that letting quality distillate speak for itself in hogsheads might be a good thing? Comparing like for like, I think this is a better dram than anything in my recent Signatory Vintage piece, but not by a full two points. The search for a 9 must go on! 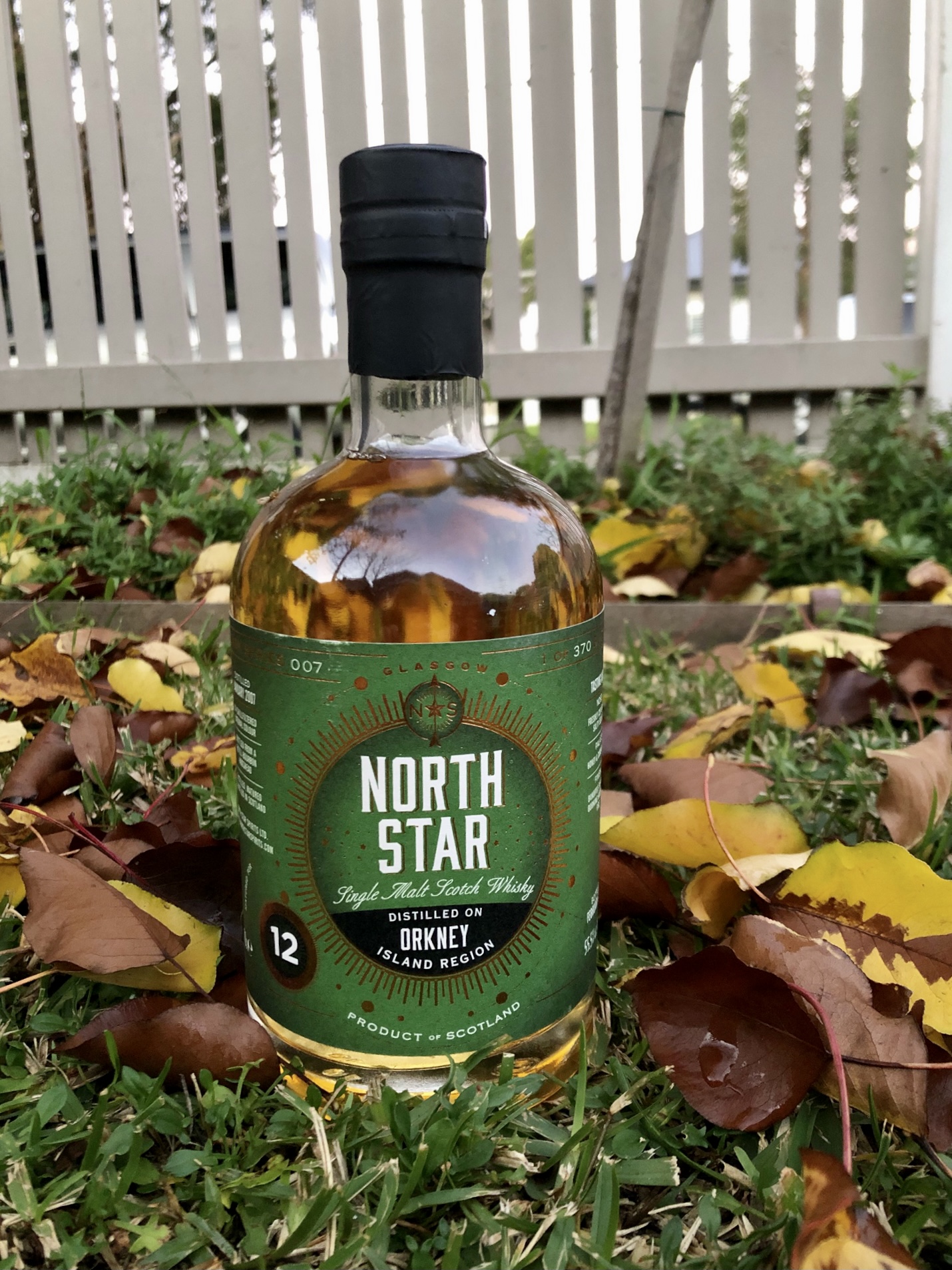 Distilled January 2007 and bottled February 2019 at 55.5% ABV, with 370 bottles from a refill bourbon hogshead. From North Star Series 7. Sold out in Australia.

On the nose: So, so sweet. Almost cloyingly so. Butterscotch, sticky date pudding, the richest honey running over peanut butter cheesecake. Bread and butter pudding, chocolate eclairs, chocolate fondant… it’s all here. The tasting note on the side of the bottle states “freshly cut grass and salty sea air” but I think somebody is kidding themselves. I grew up a short walk from the Indian ocean and these aromas aren’t my memories.

In the mouth: North Star have chosen well with this cask, but I always suspected they would. Now I do get some of the saltiness referenced above but it’s an intriguing interplay with the sweeter notes. There’s plum sauce, caramel, ripe peaches, figs, cinnamon, hot fudge. And all along that coastal aspect that the best Highland Park does so well, but it plays a contented second fiddle. The finish lingers on and I recall the estuarine milieu while dragging for prawns with my Dad circa the late 80’s.

Seriously good. But a 9 needs to be outstanding. I am glad this bottle is in my collection, and I can savour it for some time to come. I recall driving to purchase it from a bottle shop in Footscray during one of the various Melbourne 2020 lockdowns – the trip was worthwhile. But I know a 9 when I taste it, and this isn’t it. 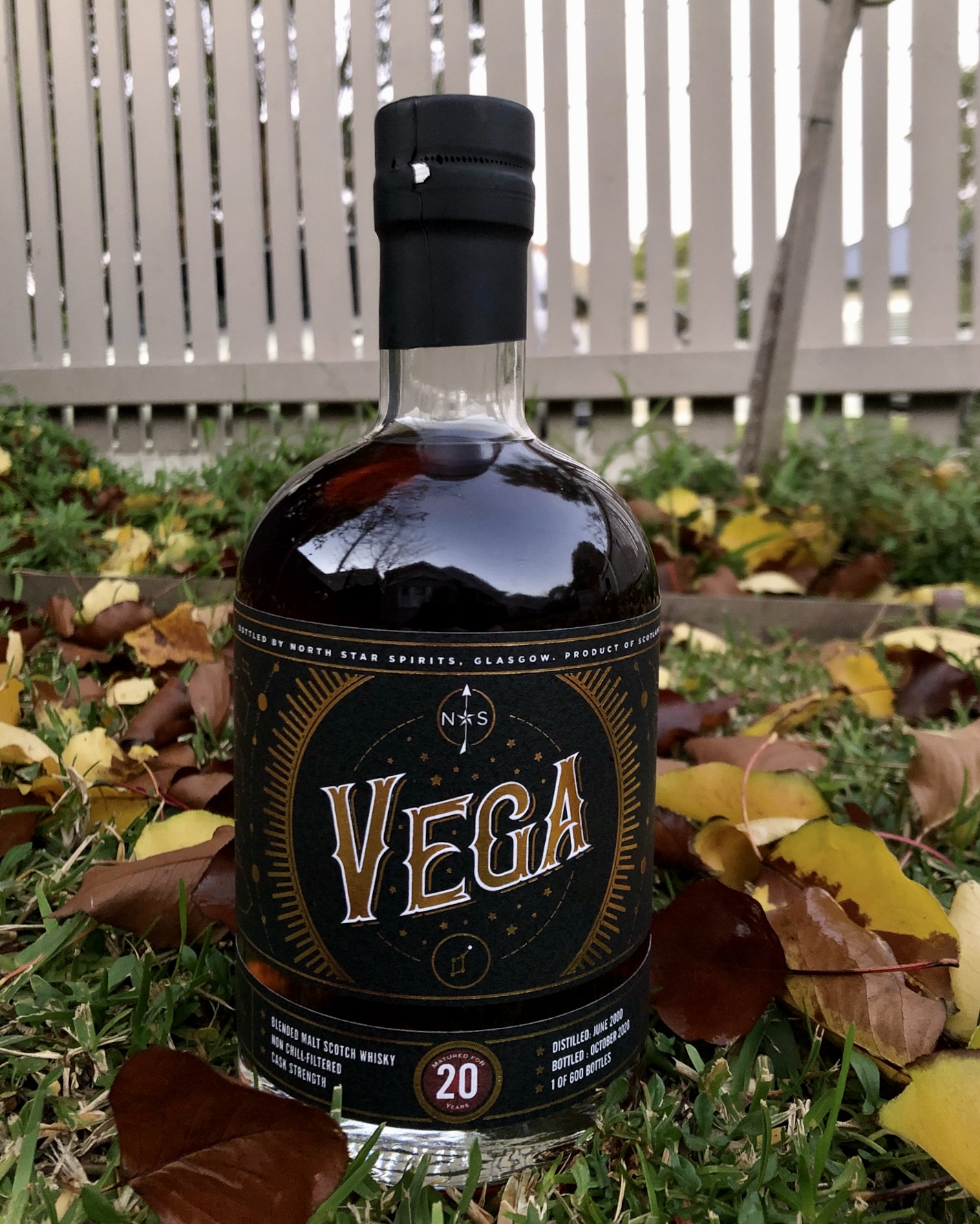 On the nose: I pour a healthy dram of this and leave the room for a short while. When I come back, the aromas are filling the room. Spiced rum, amaretto, brown Belgian ale, rye bread. Some time later I return to this dram and am getting spring onions on the front of the nose and warm choc chip biscuits down deeper.

In the mouth: On the bottle North Star proclaims this to be “a sweet and spicy blended malt Scotch Whisky” and I can’t argue with either of those descriptors. There’s chocolate fudge, maple syrup, some oak. It’s all quite mild and well composed at that lower ABV. I also get cloves, fig sauce, hot cross buns and plum jam. This is a good whisky to warm the bones on an icy winter’s evening.

The Vega is a fine dram, I’d give a generous pour of it away to anyone who could tell me what is in the blend. Conversely, some of the magic of the Vega range is in not knowing. Sometimes it’s better not to know how a magician does their tricks.

We end this journey defeated. Some high-quality bottles – and this is reflected in the scores – but no 9. On the bright side, not finding a 9/10 means I must keep on going. It is out there somewhere. In whisky, the journey can be as rewarding as arriving at the destination. 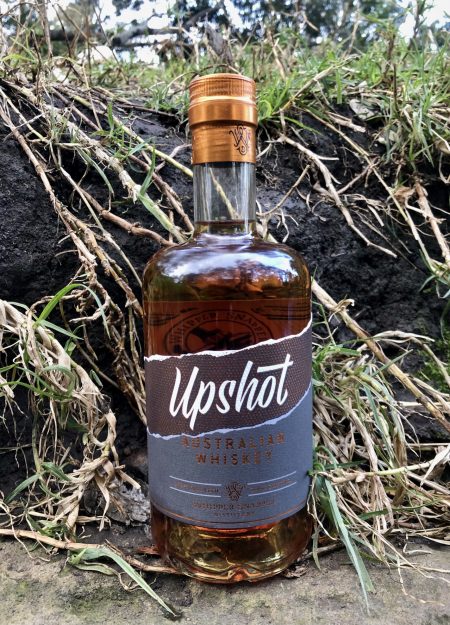 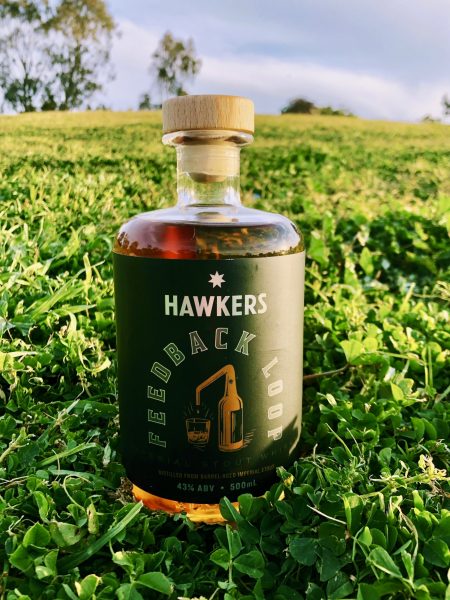