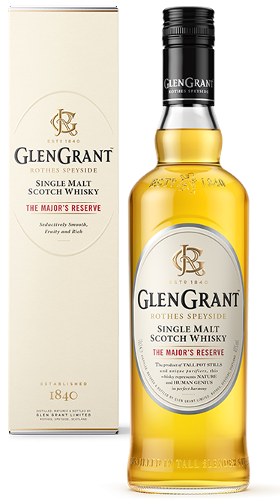 Is it just me, or has the popularity of awards made some brands forever connected to certain awards, and vice versa?

On that note, I’ve never heard Glen Grant be the talk of the town until their 18 year old was named by Jim Murray as one of his top 3 whiskeys a few years ago. Think about it. Underdog brands like Glendronach, Kilkerran and Arran never really won any of the heavily publicized awards, yet they are more appreciated now.

Acquired by Campari in 2006, Glen Grant seems to lack the presence expected of a brand owned by a large company. During 2012 to 2017 – years when I was devoted to whisky – this brand was barely visible. Yes, I’ve mentioned before that the whisky scene back then in the Philippines was bad, but I kept a close eye on the US market. There was barely any online chatter about Glen Grant. The geeks who taught me about independent bottlers and lesser-known malts like Springbank didn’t talk about it.

Was Campari just focused on their other brands? Did they emphasize other markets I knew less about? What factors do we not know of that resulted in a delay of their expanding markets? Regardless, it seems that their 18 year old’s place in Jim Murray’s top three whiskeys for consecutive years did wonders for their exposure. This resulted in the brand increasing in visibility… even in Manila, where the Scotch scene can be underwhelming.

This is the deepest dive I’ve done on the brand so far. Currently, I have no strong opinion about it. Despite seeing some really well aged and reasonably priced independently bottled (IB) Glen Grants in the past, I’ve never tried any. Among the original bottlings, I’ve only tried the 12.

Luckily, a Glen Grant sample set was made available a while back. The set includes the brand’s Arboralis, Major’s Reserve, 12 year, and 18 year. I’ve already reviewed the 12 year before; compared to other 12-year-olds, I wasn’t really impressed with it. Still, I’ll cover it just to see how it compares with the 18 year.

In the mouth: Initially a lot less heat compared to the nose. There are medium tastes of honey, vanilla, Doublemint gum, sapodilla and oleo saccharum. The mandarin orange is still there upfront, but it’s more robust compared to the others. At the end are light and sneaky appearances of tea, kiwi and cinnamon sticks.

Judging by the color and flavors, it’s safe to say this has no added coloring and was purely aged in refill ex-bourbon casks. Maybe more on third fill than second fill, due to the lack of cask influences like vanilla and cinnamon.

This is a beginner’s whisky I’d highly recommend due to it being really easy to drink. What you get on the nose is what you get in the mouth. It doesn’t come off as really aromatic only to end up flat in the mouth.  The whisky may lack complexity, but there are no dull moments in this. The flavors are coherent and are there all the way. The fact that you can get this on Master of Malt for €22.09 is hard to beat for the price. It is a refreshing whisky that I can imagine going well in a Japanese highball. 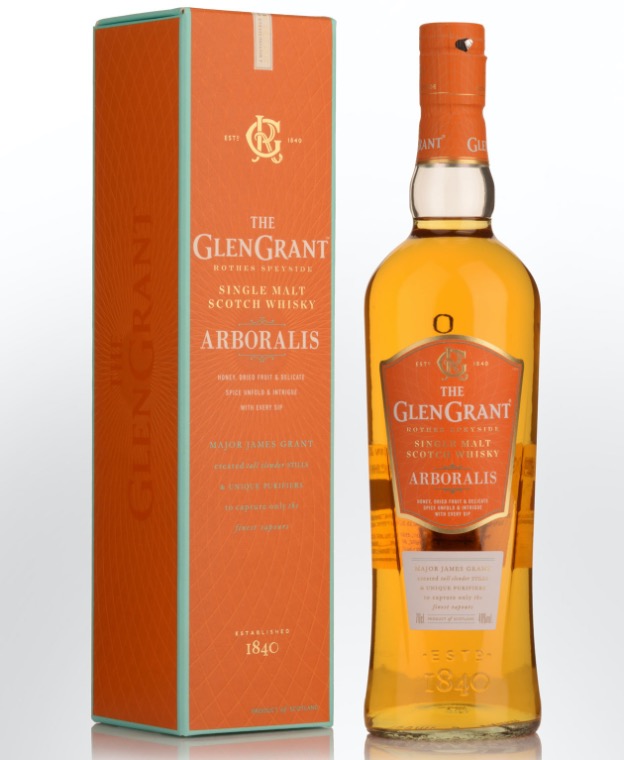 On the nose: Very light and lots of fruity notes. Initially, there are bold aromas of raisins, dried figs and prunes. It quickly dies down to give way to light aromas of melons, starfruit and kiwi. The heat suddenly ramps up. After that are more light and fruity aromas such as banana candy, oleo saccharum, strawberry candy, toffee and tea.

In the mouth: A bit of heat on the first sip. Like the nose, this is bursting with fruits. The heat comes out again but persists all to the end this time. I get light notes of kiwi, orange candy, starfruit, oleo saccharum and melon. After that are even lighter and shorter notes of tea, toffee and chocolate strawberries.

The oddest thing about this is the unavailability in more mature markets like the UK and US. At the time of writing this review, well-known online stores like The Whisky Exchange, Master of Malt, Total Wine and K&L Wines didn’t have this. Yet, local and AUS online stores have it. Maybe this hasn’t been launched in the EU and US yet?

I only sensed a small amount of sherry influence in this. Aside from the burst of PX-like aromas, the sherry characteristics in this are subtle. This doesn’t seem to be that different from the Major’s Reserve in that it’s mostly refill ex-bourbon casks. I say so because I think the fruity flavors come from the distillate’s character, rather than the influence of the oak. The sherry influence has added an extra layer of flavor, but I also feel like it took away some flavors. On the other hand, this could just be a Major’s Reserve finished in ex-sherry casks. The light sherry influence makes it taste generic, but I get that this was probably made to cater to contemporary preferences for ex-wine influence in spirits.

All in all, a decent whisky. Due to the sherry influence, I can’t see it as a highball, but I could see it as a session whisky. 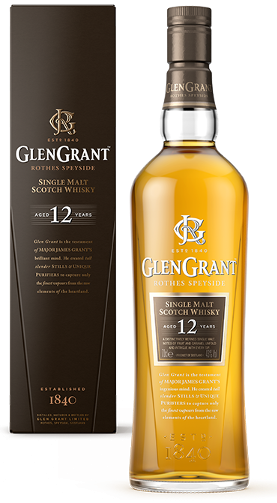 On the nose: I immediately smell medium-intensity aromas of banana liqueur, starfruit, kiwi, oleo saccharum and melons. In between those are light and brief aromas of tea, sapodilla and dill. After those are lighter aromas of apples, pears, banana peels and honey. At the end is a very subtle note of pickles.

In the mouth: Less fruity upfront. There are light tastes of tea, soap, oak and leather. They slowly get enveloped by an assortment of banana liqueur, melons, oleo saccharum, sapodilla and honey. After that are even lighter tastes of crisp green apples, vanilla, more tea, cloves pickles and basil.

This is very different from the last Glen Grant 12 I had. Is batch variance to blame for this? Or has my palate changed since the last time?

I get more layers and complexity in this pour, probably due to more oak influence via longer aging, and perhaps also due to a higher ratio of less used ex-bourbon casks. These factors result in the whisky being fairly full on the nose and in the mouth. There are no dull moments with this whisky. The flavors aren’t intense, but there’s something to keep you company and satisfied all the way.

One of the better 12 year old single malts I’ve tried in recent memory. Oddly, the price difference between this and the Arboralis is not that huge. Pricier NAS whisky justified due to ex-sherry casks, maybe? 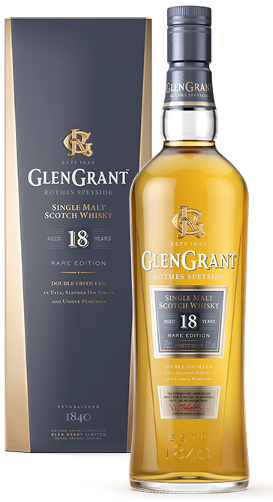 On the nose: Sharper and more acidic compared to the other three. A somewhat British image of tea with a slice of lemon and honey comes to mind. After it comes a creaminess like what I sometimes get with Cragganmore 12. A medium and lasting aroma of lemon square comes out, too. In between, there are very subtle aromas of melons, sapodilla, honey, butterscotch and orange peel oils.

In the mouth: Now the image of lemon tea with cream on top comes to mind. It’s quite peppery, too. The consistency and persistence of these notes amazes me. In between them are subtle and random appearances of toffee, butterscotch, honey, green apples, banana liqueur, oleo saccharum and melons.

A whisky with a lasting body that’s easy to drink. I had to let this breathe for around 30 minutes. Initially, it was just a big punch of acidity and green apples.

I like that you still get the distillery DNA despite the long aging. Extra points for Glen Grant not adding a sherry cask component here. I feel like the sherry cask influence other brands add to their 18-year-olds mute their distillery’s DNA character. There are hidden complexities here that I don’t think the regular drinker will easily find. It took a lot of effort for me to “listen” to the shy and hidden flavors.

Is this good? Yes. Is this good enough to be a top three whisky for one of the whisky industry’s most known awards? Not for me. On some days, I might prefer the 12 year, as it’s just easier to appreciate.