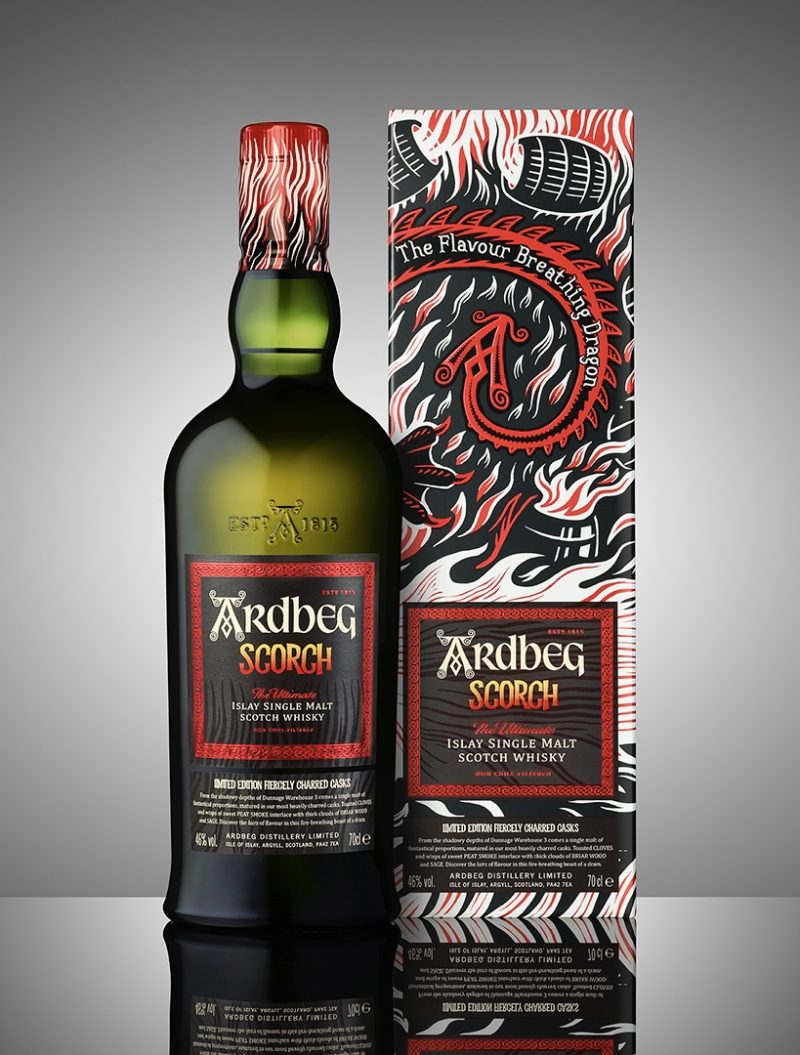 Here’s hoping I don’t get burned.

I like an Ardbeg, but I do not like all Ardbegs. I’m positively inclined toward the distillery in a general sense but have had mixed experiences with the specific whiskies I have tried. I have my misgivings about the corporate parent’s motivations, given the increasingly lackluster outturn from other distilleries in their portfolio.

Even among Ardbeg’s mainstay expressions, there’s not always the consistency that is supposedly the holy grail for whisky producers. When I recently revisited the Ardbeg Uigeadail, I noted that this was a bottling that I liked to greater and lesser degrees when I tried prior batches in years gone by. Others have had similar experiences, though this is by no means a dilemma unique to Ardbeg. In all, there are as many reasons to be cautious about Ardbeg as there are to be constructive. And yet…

The announcement of a new expression from Ardbeg gets my pulse racing momentarily, before a type of fatalistic cynicism kicks in. It’s the Ardbeg Paradox: I believe that any release from the distillery that I have a chance of getting (without buying it from a reseller at an inflated price) is probably not worth my time. Call me a Groucho Marxist, but I’d never buy an Ardbeg Limited Edition that I’d be able to purchase.

In keeping with the theme of great Big Apple humorists (whether intentional or not), it occurred to me that this aforementioned Catch-22 is a type of variation on Yogi Berra’s droll observation about a New York restaurant: “Nobody goes there anymore. It’s too crowded.” In the same way, the insatiable hunger for Ardbeg from consumers, collectors, and flippers has turned off would-be fans like me. And yet (again)…

Hope springs eternal; there’s always the possibility that the next bottle out the doors of Ardbeg might offer a satisfying experience to us mere mortals who only have available to us that which turns up on retail shelves. I’m almost certain that Ardbeg counts on this temptation as part of its marketing strategy. While it’s not that difficult to pass on a 5-year-old NAS bottling with a $50 price tag, the Limited Edition releases present an annual opportunity to override my better judgment and splurge.

Making matters worse, the annual Limited Editions arrive with names and livery that are noticeably more exuberant than their demure siblings in the distillery’s core range. Browsing the last few years’ installments presents this evocative list of nouns and adjectives: Alligator, Blaaack, Dark Cove, Drum, Grooves, Kelpie, and Supernova. These flamboyant monikers and colorful labels really stand out against the background of a Scotch whisky landscape that seems drab by design, in a way that could only be produced through endless iterations of focus groups and corporate marketing committees.

Speaking of committees: the conventional wisdom is to eschew the lower-strength retail releases in favor of the higher-strength Committee Release. Except, this is not always a surefire way to taste the best manifestation of the whisky, as Mark highlighted in that review. Please note that he also discussed the general annoyance at Ardbeg at the time, which was… [checks notes] five years ago. Like all things in the world of whisky, whatever tremors registered then have likely ascended the Richter scale in the intervening half decade.

Bucking at least one industry trend, the retail price of £100 for today’s bottle – the most recent release in the series – has hardly budged from the £95 asked for 2016’s Dark Cove. Bottling strength of 46% is also but a shade lower than that year’s 46.5%. Say what you like about Ardbeg’s global luxury conglomerate masters, but they have demonstrated remarkable restraint considering that whisky drinkers the world over have routinely been expected to pay more for less over the past five years.

As for the bottle itself: we have the Scorch, released for retail sale in late May 2021 (the Committee bottling came out on April 29th, in time for the virtual celebration of Ardbeg Day on June 5th). Per Ardbeg, this whisky was “matured in ex-Bourbon American oak casks, fiercely charred and packed with smoke.” There is no age statement; as noted above, this is bottled at 46% ABV and comes to us non-chill filtered and without added color.

Bottles of Scorch currently retail for $130 in my area, with good availability despite the “limited” nature of the edition. This was a sample generously shared by Troy, who has my thanks.

On the nose: The aromas here can be divided into three roughly equal categories: sweet, fruity, and smoky. In the first category, we have rich vanilla buttercream and confectioners’ sugar. Under the fruity heading, there’s ample ripe melon, lime, and even a bit of red apple creeping in. The smoky notes on this are very clean, with the subtle peat influence meeting balancing elements of iodine to give this a more coastal character. I also get some meaty notes, though more of a moistly roasted than a smoky grilled or barbecued variety. There’s also the sappy, Christmas-y scent of pine trees. While I grouped these distinctly, it is worth noting that the actual presentation on the nose is far more unified. All these elements are combined harmoniously, with a sweet or fruity note to offset each smoky nuance. Indeed, the overall effect is a mesmerizing, constantly shifting dance of tantalizing smells.

In the mouth: This whisky presents the momentary sternness of iodine before it blooms on the front of the tongue with a delectable marriage of maritime flavors (seashells, salt water) and some subtly integrated, dry smokiness of campfire ash. This turns tartly fruity in the manner of citrus as it approaches the top of the tongue, where a somewhat chemical flavor of synthetic vanilla elbows its way in. There is once again a pointed stoniness before this mostly falls apart, both in terms of flavor and texture. The whisky dissolves into a muddle of vague and dilute tastes, disappearing unforgivably on the perfunctory finish. The one flavor that stands out is a yeasty, bready note that is reminiscent of dark rye. There’s a faint heat and a slightly bitter aftertaste of black coffee as lingering memories, but ultimately I’m left wanting much more.

Aromas as promising as any I’ve sniffed of late seemed to herald the coming of a great whisky. Alas, ‘twas not to be. Whereas the nose presented itself in the form of a well-constructed totality that seamlessly integrated every nuance into a cogent whole, the palate disintegrated into the barest wisps of vague and incoherent flavors that dissipated as quickly as they appeared. The “fiercely charred” casks delivered little of the promised smoke and – though this created an elegant balance on the nose – the lack of follow-through in the form of flavor development will disappoint those looking for an emphasis on these elements.

At a price 60% higher than the Uigeadail, the only thing “fierce” about this Scorch is its relative underperformance for the money. For all but the most fanatical Ardbeg completists, I’d recommend passing on Scorch and leaving your wallet un-singed.

Peat: A History and Comparison