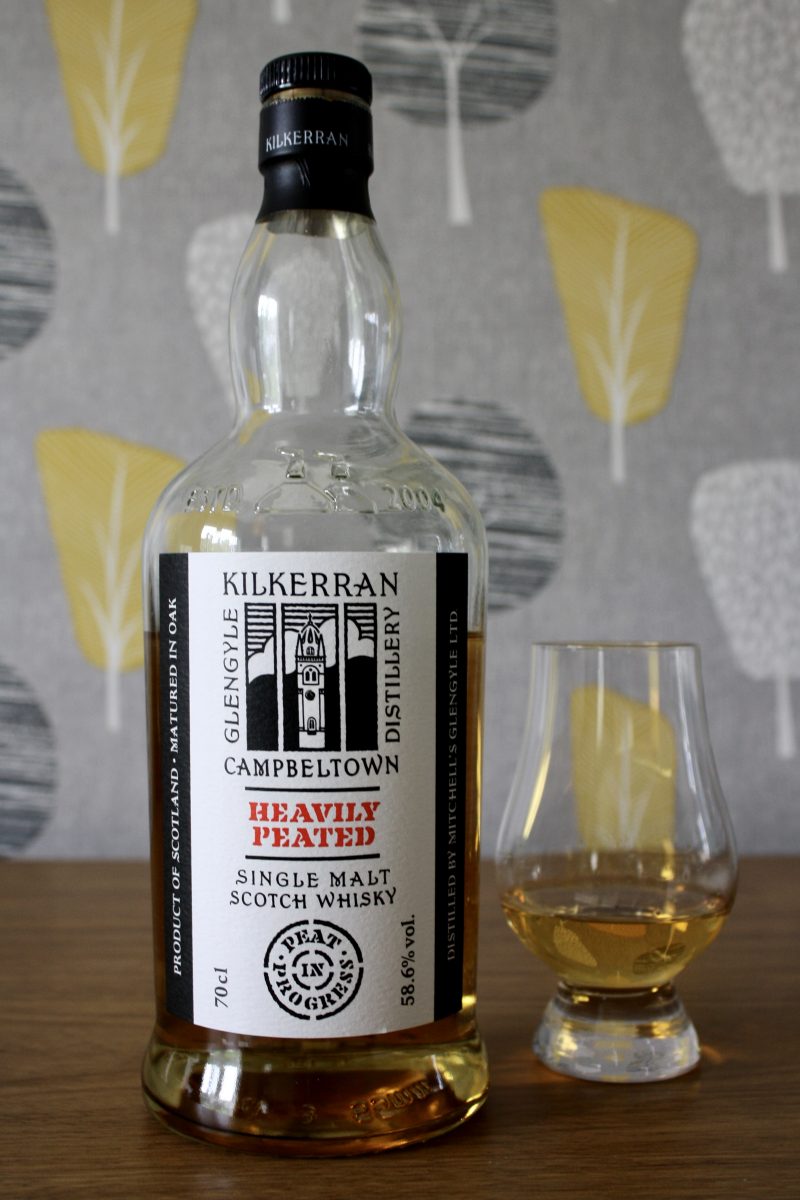 Ever since I first tried the 12 year old, I have had a soft spot for Kilkerran.

Having a soft spot for Kilkerran is hardly original; you only have to see how quickly it flies off the shelves, along with anything from their older sibling at Springbank. Unfortunately, that obsessive grab from drinkers, collectors, and flippers has caused me to re-assess my whisky purchasing.

Obsession can be good. It can give a focus and desire to further one’s knowledge. That is where I want my passion for whisky to manifest itself. However, in some cases we have seen this obsession lead to greed and vapid narcissism, with some people showing off multiple sealed bottles of the hard to find whisky they managed to get plenty of, while most people went without. They proudly display them as trophies and wait for the adulation from the virtual crowd.

We’ve seen the greed manifest itself outside of Campbeltown too, with bottles of the recent Ardbeg Scorchcommittee release ending up on auction sites within days… not just individual bottles, but even by the case! In all likelihood, these come from unscrupulous retailers trying to take advantage of the situation, believing they deserve a bigger cut of the pie. They don’t.

I’m starting to find the whole “limited release, blink and you’ll miss it” whisky scene rather tiresome. During lockdown I had plenty of time on my hands, and I have been that guy refreshing a series of tabbed web pages on release day. It’s like the painting of the Forth bridge, you start at one end and once you get to the other, you start all over again. Inevitably, you run to the kitchen to make a cup of tea, and return to find out in those few moments, the bottles have been listed on one website and sold out. You then curse your luck and those damn “bots,” before carrying on with the other tabs. If you don’t have a friendly retailer to hold a bottle for you, or software to alert you as soon as it appears on a website, then it’s the only option.

It wasn’t all failure, and – with more time and more refreshing – I would usually find one elsewhere. However, I have since decided I don’t want to do that anymore. It causes anxiety, stress, anger, and frustration that can be completely avoided by taking a step back. Yes, I may miss out on some excellent whiskies, but there are plenty out there. It’s more fun to uncover a gem that perhaps isn’t being talked about and coveted so much.

Will we see behaviours change as we start to see life returning to something near to normality? I hope so, but I suspect it is here to stay. A number of solutions have been touted – and some even tried – but I am just going to let the dog have its bone and look elsewhere for my whisky in future. Life’s too short, and – being back in full time employment, and with our first child being born – my perspective has changed.

I mention all this, as it takes us to where I was prior to the release of Batch 4 of Kilkerran’s heavily peated “Peat in Progress” range. I had decided that I wasn’t going to be spending any time refreshing retailer websites to get a bottle, but as a fan of the distillery, I would be lying if I said there was not a big part of me that still wanted one.

Thanks to the very helpful whisky community, a retailer with stock was brought to my attention and I was able to get one with minimum fuss. It hung around for a little while too, so there was no need for a panic in any case. The same couldn’t be said for the Springbank releases on that day!

Batches 1 to 3 have already featured on Malt. Batch 1 and Batch 2 reviewed by Jason, and Batch 3 by Jonathan. Although I don’t have any of Batches 1 and 2 to hand, I do have some Batch 3, so it makes sense to compare the most recent pair of releases, even more so considering both are 80% ex-bourbon and 20% ex-sherry casks. I won’t provide full notes for Batch 3, but rather I’ll discuss the differences I find in the conclusions.

In the mouth: It’s very palatable at cask strength despite its youth, but I think a drop of water creates a better balance and brings out more flavour on both nose and palate. There’s a nice thick, oily texture, with more of the sweet toffee, and a good amount of coastal salt and pepper spice. Prune juice, blackcurrant, zingy grapefruit, strong ten minute tea with a drop of creamy milk and bonfire smoke. In the fairly long finish there is oaky spice, medicinal peat smoke, cream, salty seaweed and mint imperials.

This is perfectly good at its young age, but I am still interested to see where this goes, and at what point they deem it ready for a proper release. It’s five or six years old at present, but I would guess at around eight to 10 years they may call it. Heavy peat and fairly youthful spirit are usually a good combination.

As you’d expect with these two releases having the same cask make-up, they are pretty similar. Batch 4 has had slightly longer in wood, and no two casks are exactly the same, of course. The people at Glengyle distillery aren’t blending these batches to try and match the previous release either. Batch 3 is 59.7% ABV, whereas batch 4 is 58.6%. Both have a rather toffee’d nose and palate, but Batch 3 is sweeter and even more prominent with the toffee. I am getting more floral heather on the nose of Batch 3 too. I find the farmyard grassy silage note more prominent on the nose in Batch 4, along with brighter citrus fruit.

All in all, it’s yet another successful Kikerran release. If I had to pick between the batches, I would probably go with the lower sweetness levels of this latest one, but it’s close. At cask strength and only £40 a bottle, maybe I shouldn’t be too hasty to give up the F5 bashing! One thing I would say about Kilkerran is: despite all the different expressions I have tried, I am yet to experience anything quite as good as the superb 12 year old that first drew me in.