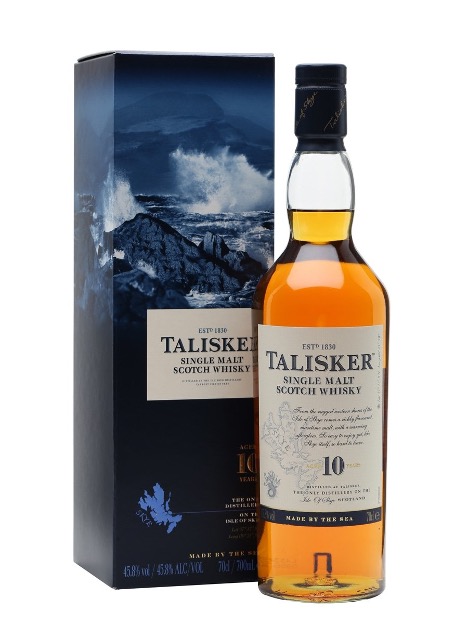 The end of May was a fortuitous time.

I got to attend a virtual tasting hosted by Diageo’s Ewan Gunn. He is Diageo’s senior global brand ambassador for Scotch. The line-up of the tasting consisted of Dalwhinnie 15, Cragganomore 12, Talisker 10, and Lagavulin 16. When I bought the tasting kit to join the tasting, I didn’t know he was going to be part of it, so I told myself that if the tasting got too marketing-heavy, I’d at least have bought the kit to jog my memory on these single malts. Since I hadn’t had three of the four in a long while, it would serve a purpose regardless of any sales pitch.

Talisker 10, Lagavulin 16, and Diageo are entities that elicit mixed feelings in me. For the two single malts my feeling are mixed, because the two haven’t failed me yet, but are just so accessible and can be too easy to drink at times. I end up taking them for granted, which allows me to spend time and money on other spirits.

My usual opinion on Diageo is that they’re like an evil empire. I don’t like that they’re massive and tend to focus on efficiency. Heavy, shallow marketing gets on my nerves. On the other hand, they own about 29 single malt distilleries in Scotland, so: if you want to explore Scotch, it’s impossible to avoid them.

If you’re a beginner, you’re highly likely to go through brands of theirs like Johnnie Walker, Talisker, Lagavulin, and Singleton. Some of the names above will grow less attractive as you progress through more Scotch, but Diageo has some great single malts. You’d be crazy not to like the ones they mostly use for blends.

When you’re more seasoned, the light and easy-to-drink malts will no longer do the job.  They’ll leave your senses craving more. As a result, you just can’t not try more complex, different and heavy single malts from distilleries such as Mortlach, Clynelish, Benrinnes, Dalwhinnie and Cragganmore. After all, an empire must have an emperor—and an emperor, his crown jewels.

Talisker 10, while also well-known today, is still an old reliable. I first had this in 2014, when it came in the solid dark blue box. It was a good night; I was drinking something that tasted coastal while sitting by the sea and a campfire. I’ve irregularly returned to this and enjoyed other variants since then. None have failed me. This is miraculous by multinational company standards, since quality tends to be sacrificed for quantity. It’s a great smokey and peaty single malt for beginners to try. I’ve never had a bad batch of Talisker 10, which is why I still consider Talisker one of Diageo’s crown jewels.

At the tasting, it was nice to finally learn more about them after being a casual fan for so long. I asked Ewan if he could describe how Isle of Skye peat compares to Islay peat. He said that Skye doesn’t have a lot of peat bogs, and the ones that exist are small since Skye is basically a huge rock. After that, he said that the peat used for Talisker comes from the Black Isle or Speyside. The malted barley is peated in Glen Ord. (As a side note: as Diageo and Talisker continue to grow, I hope they don’t shorten Talisker’s 65-hour fermentation in wooden mash tuns.)

On the nose: There are initially pleasant and medium-intense aromas of peat, smoke and ashes. They slowly weaken as I go deeper on the nose. The combined mix of dissipating peat & smoke plus the entering aromas of butterscotch and toffee make me think of mocha. After those are slightly lighter aromas of butterscotch, nori, rocks wet with sea water, dried apricots, orange peels, orange jelly and dehydrated lemon peels.

In the mouth: Not as peaty and smoky upfront. Unlike on the nose, the peat and smoke are more consistent all the way. There are light and mixed-up tastes of citrus peels, grape jelly, butterscotch and caramel. Between the butterscotch and caramel are the mocha notes I get on the nose. This gets slightly pricklier and more tart at the end. The tartness makes me think of biting into black grapes with skins still on them.

Alcohol doesn’t hit as heavy as the ABV would suggest. I love the nose on this. It’s slightly complex but is full of familiar flavors which make this easy to enjoy. The complexity is lost a bit in the mouth, but it’s still full.

If you ease someone into peated single malt, this is the one to suggest or offer. The peat and smoke are just right. There are no gaps in this whisky. It’s solid all around. I’ve had hotter whisky with lower ABV. You just can’t go wrong with this.

Lagavulin 16 was my first peated single malt. It was love at first taste. My then-unrefined palate thought the flavors seemed like a peppery, smokey mocha drink. Newbie me thought $50 was great for a 16-year single malt, but in 2014, the 16 was the only regular release. The 12 and Limited Edition are yearly releases and weren’t officially available here. The 8 year only recently became a regular release. This previous lack of variety made me try other peated Islay single malts. 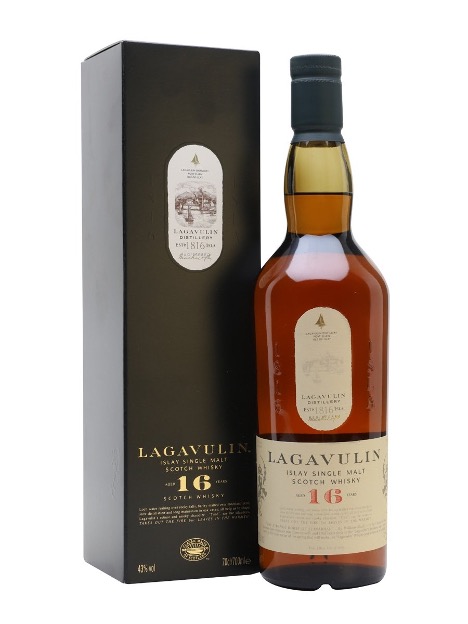 On the nose: Slightly bolder and fuller peat when compared to the Talisker 10. The peat is accompanied by toffee, butterscotch, caramel, some light pickled seaweed with sesame seeds on top, nori and some more coastal aromas. The peat, toffee, butterscotch and caramel combined also make me think of mocha. In between those are light aromas of mandarin oranges, burnt lint, ashes, more citrus peels and digestive biscuits.

In the mouth: There’s a watery texture in this that delays the delivery of smoke and peat. The ethanol is barely prickly. I get a light burst of grapes. It’s followed by light tastes of butterscotch, digestive biscuits, citrus peels, toffee and brown sugar syrup. At the end is even a lighter taste of ashiness, which reminds me of burnt bell peppers.

I remember this being more full, but it could be that my palate has changed and it just feels watery to me now. Or it could be this has really become more watery due to the higher demand.

The peat pretty much saves this whisky. It gives it a certain fullness that beginners won’t find too distressing. Veterans won’t also find it too light. Despite being more watery, the peat here is still stronger which makes me stand by my opinion that Talisker remains the better peated single malt to introduce to folks getting into this kind of whisky. That said, I feel like they will like this more due to the age.

Images from The Whisky Exchange. 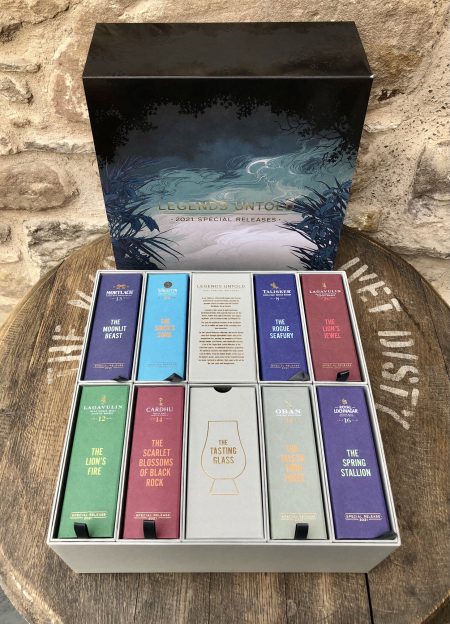