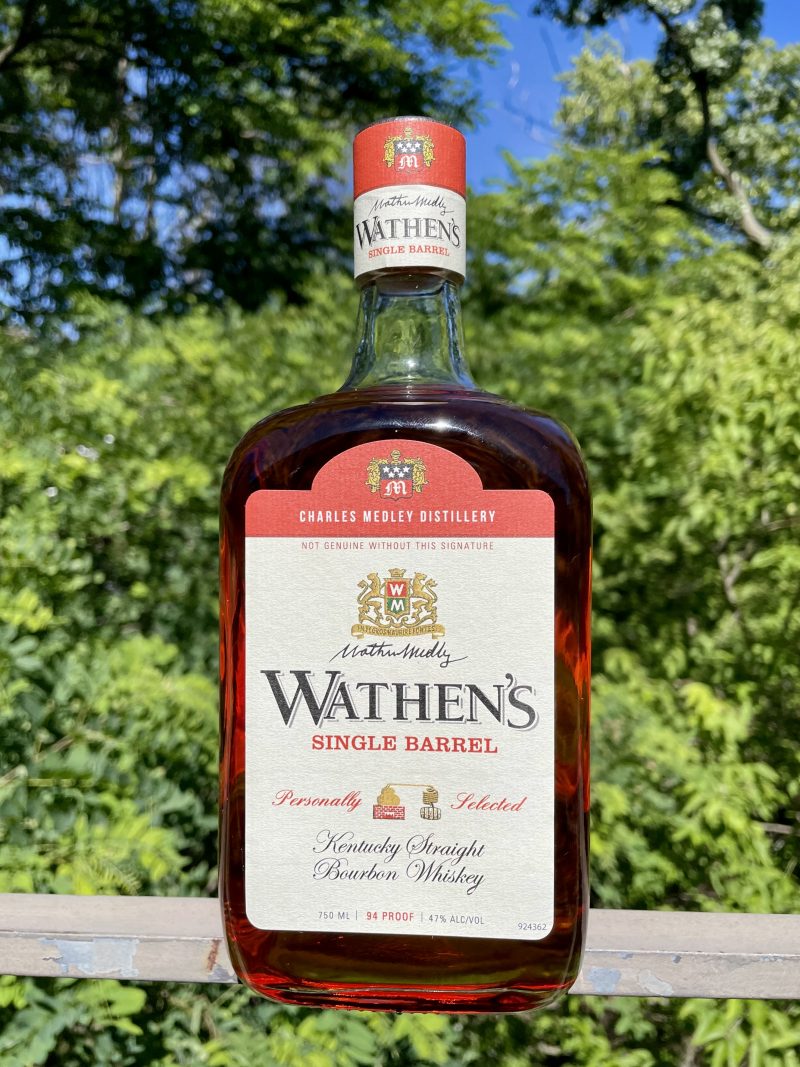 “Who cares? It’s what’s in the glass that matters!”

So goes a refrain I often hear when I’m doing “my thing,” though it’s not even technically “my” thing. It’s Malt’s thing, and I learned at the knee of the folks who were doing it long before I sat down to write my first review.

The “thing” I’m referring to is asking the detailed questions: Who made this whiskey? What is it made from? Where was it made? When was it made? How was it made? (the “Why,” after all, requires no explanation). I almost called these “tough” questions, but they shouldn’t be tough. However, you wouldn’t know it from some of the responses I get.

In fairness, this is limited to a few types of industry participants. True craft distillers are not only willing to share these details, but often do so enthusiastically, keen to highlight which aspects of the raw materials or production process yield which aromas and flavors in the finished product.

The large whiskey distilleries, by contrast, more often hide behind a wall of nondisclosure; “we don’t share that information” or “that’s proprietary” are frequent responses to some of the more probing questions I ask. For as frustrating as this is: at least it’s consistent, and typically explicable in terms of the risk aversion of large corporate parents.

Where I most often encounter conflicts is with the smaller non-distiller producers (NDPs) relying on whiskey sourced from one or more of the larger distilleries. Their reluctance to discuss the specifics of their whiskeys’ origins might be governed by non-disclosure agreements (NDAs; OK, no more acronyms, I promise) but could also be a form of self-defense. I’ve written before about the folly in paying up for whiskey that one could acquire more cheaply direct from the distiller, simply because a middleman has dressed it up with a dubious cask finish or some eye-catching packaging.

My normal angle of attacking a sourced whiskey would entail delving into the history of the brand, piecing together official tidbits with nuggets of information gleaned from press releases and news stories. I would scour the fine print on bottles for details that may turn into clues; I have been known to thumb through the indices at the back of books, occasionally reaching out to contact an author for clarification or more information. Not infrequently, I have undertaken all this work before I have had my first sip of the whiskey on which I have lavished so much time and attention.

Once the narrative has taken form, I would present it ahead of the review, in this space that you’re looking at right here. I don’t have much of a poker face; my enthusiasm for – or skepticism of – a whiskey’s unique selling proposition (USP; damn, sorry) is mostly evident by this point. Though I try to go into the tasting without prejudice, the whiskeys that rebut my skepticism seem to come along more seldom than the ones that confirm my suspicions. I can see well how some readers might conclude that I’ve made my mind up, for better or worse, before the first drop of whiskey touched my tongue.

I’m open to trying new approaches, however, and I’ll be putting that into practice today. I bought this bottle but have done no investigative work on its contents. I’m going to relate only those specifics that are presented on the bottle, followed by tasting notes and a score. I’ll follow that with some history of the brand and probing into the likely source of the bourbon, but only after I have rendered judgment.

This is Wathen’s Single Barrel Kentucky Straight Bourbon Whiskey. The bottle I have is from barrel no. 7824, “hand bottled” on 4/8/21. The back label specifies “distilled in Kentucky” but also says “Charles Medley Distillery,” and, beneath that, “Fairfield, CA.” I paid $37 for 750 ml. Bottling strength is 94 proof (47% ABV). That’s it. More to come after I’ve given this my unbiased assessment.

On the nose: A pronounced salty nuttiness (reminiscent of peanuts at the ballpark) meets a drying woodiness in a first impression that is strongly suggestive of whiskeys from Beam’s Clermont distillery. Some richly sweet aromas of warm chocolate syrup and caramel sauce emerge shortly thereafter. There’s an herbal accent of tarragon and anise. With some time in the glass, I start to sense the most delectable cherry note; it sits somewhere between the sticky-sweetness of Luxardo Maraschino cherries and the medicinal scent of cherry cough syrup. This has a slightly mineralic cast, in the manner of fluoride. It’s an irresistibly enticing nose that begs for the first sip.

In the mouth: At the front of the mouth that mineral note reappears instantly, as this begins with a pert kiss of limestone. This quickly transitions into a polished, woody flavor with a more subtle nuttiness this time. The cherry elements emerge again at midpalate, albeit in a less generous and more tart form. There’s a distinct flavor of floral perfume, in the manner that I frequently find in Four Roses whiskeys. The only downside is on the finish, during which the whiskey becomes very sedate (though still present) with a sweet, candied note that is difficult to put my finger on. Throughout the mouth, this has a zippy texture and a radiant heat that would have had me guessing a bottling strength well north of 94 proof.

This delivers a good deal of flavor for less than $40. It’s got complexity, with a few really appealing notes, though also a few weaker spots (particularly on the finish). I don’t (yet) know where this whiskey came from, and I don’t really care. However, it’s hard to make generalizations or blanket recommendations on single barrels generally, and especially so when the source of the barrel is unknown. However, with how this one tasted and the comparatively modest price, I would be inclined to try my luck on another bottle in the future. To reflect this, I am awarding a positive score.

Now that I’ve made up my mind without bias, it’s time to look into the backstory. I’m starting with the two names on the bottle: Wathen and Medley.

Consulting one of the aforementioned books (Chuck Cowdery’s excellent “Bourbon, Straight”) produces a more detailed history of the family. The Wathens first enter the scene in 1645, when their ancestor John Wathen migrated from England. Henry Hudson Wathen brought the family to Kentucky in 1787, where he became a farmer-distiller. This business passed to his son Richard and to Richard’s son J.B., who dropped out of college in 1863 to come home and run the distillery. The business grew through the early 1870’s, at which point J.B. closed the family distillery.

After four years, and in partnership with his brother Nick, J.B. purchased a larger distillery near Lebanon. Brother Nace joined shortly thereafter, and the trio built a Louisville distillery in 1880. The three Wathens were technological innovators at the time, according to Brian Haara’s “Bourbon Justice,” installing one of the first column stills and a steam heating system for regulating temperature in the rickhouses. They were also party to a number of lawsuits (mostly as defendants), which the legally-minded of our readers can find detailed in Brian’s book.

The Old Grand-Dad distillery was purchased by the Wathens in 1899, making the family “bourbon aristocracy,” according to Cowdery. J.B. Wathen’s sons kept the business alive through Prohibition by shifting to permitted uses of alcohol under the auspices of the renamed American Medicinal Spirits Company. Old Crow and other brands were acquired during this time.

American Medicinal Spirits was bought in part by National Distillers Products Company in 1927, with the remainder purchased in 1929. National Distillers was itself later bought out by Jim Beam. I wonder if this connection (and the aforementioned peanut notes) points to Beam being the source of this bourbon?

Setting that aside for a moment: what of the Medley name? Also per Mr. Cowdery: a Wathen cousin by the name of Nick had a daughter named Florence Ellen, who married a man named Tom Medley. The Medley family ran several distilleries in the western part of the state. Their grandson Charles made bourbon in Owensboro for the Glenmore company, which merged in 1992 with Schenley (itself a prior acquirer of a Wathen distillery) to form National Distillers. The Owensboro plant closed in 1993, though Charles’ name lives on.

This is where the hard copy trail goes cold, forcing me to shift my research to the internet. A bit of Googling leads to the site for Skurnik Wines & Spirits, a NY-based importer. It’s not yet clear how the Medley and the Wathen’s names became owned by Skurnik; an email to the company has gone yet unanswered.

Regardless, a separate page dedicated to the Wathen’s brand lists an address in Owensboro, KY. Visiting the site on Google maps reveals the insurance office of one Bob Smith but nothing that would indicate any active distilling taking place nearby.

Skurnik previously maintained a site for this particular expression but has since taken the page down. Consulting a cached version reveals some particulars: the whiskey is “[c]hosen blind by the family, from barrels aged between 6 and 9 years,” and is distilled using “the distinctive Medley mash bill of high-corn, high-barley, and low-rye.” While the definition of “low” might be subject to debate, it’s safe to say that these barrels probably aren’t coming from Four Roses.

So, having done all this research, would I say that my appreciation of this whiskey is enhanced or diminished in any meaningful way? In terms of the specific liquid in the glass: no. It smells and tastes the same now as when I was unfamiliar with the backstory and current ownership, perhaps vindicating those whose initial urging prompted this piece.

However, meandering down this trail of generations opening, closing, buying, and selling distilleries and brands has reinforced my understanding of a general principle of the history of bourbon, and of whiskey and whisky more broadly: sic transit gloria mundi. Distilleries and the fortunes they produce come and go. Today’s bourbon royalty might be tomorrow’s distillery employee; at the end of the game, the king and the pawn go back in the same box anyway.

Some may feel a sense of melancholic fatalism about this realization. However, I’m happy to refocus on the here and now, and particularly on the relationships that are created by sharing this wonderful elixir. All we can be certain of is the bourbon we have today, in the glass… and I’m raising one to my friends and readers.