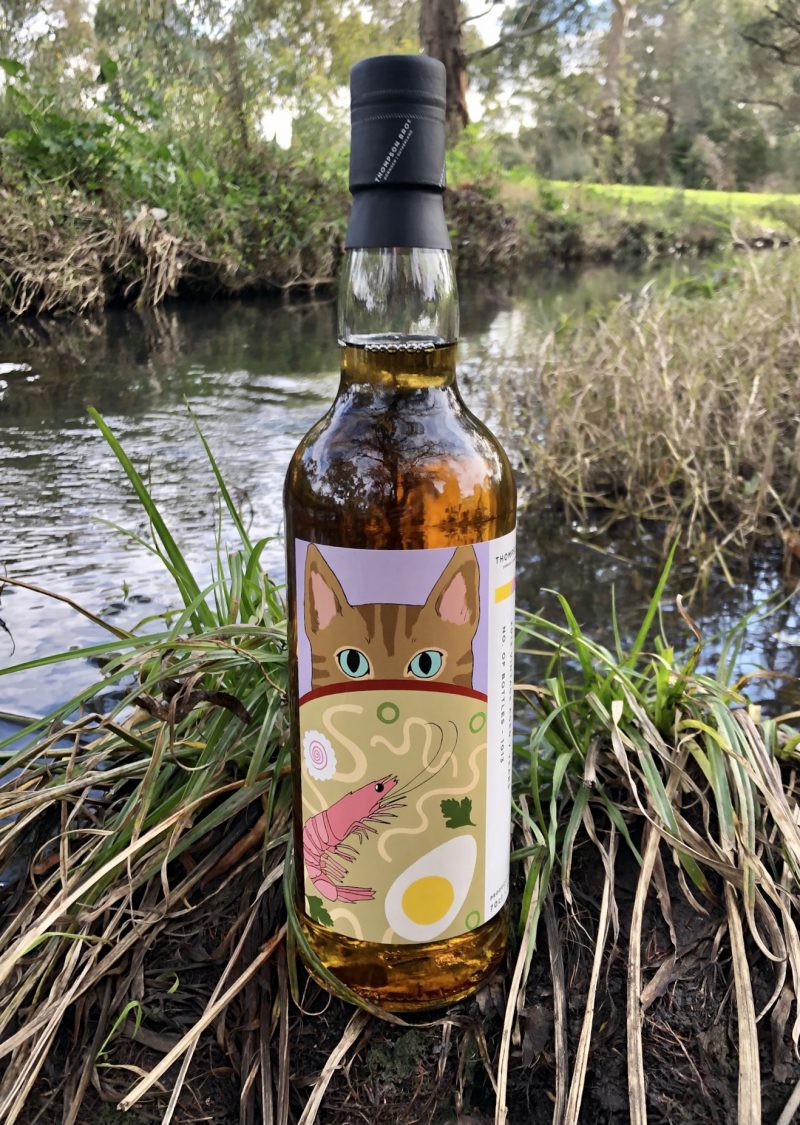 People often ask me – what’s it like being a whisky enthusiast in Australia?*

In general, I think we don’t have things too bad. We have any number of whisky shows, whisky clubs, whisky bars, a branch of the SMWS, and active social media forums. If you want to stick strictly to Australian whisky, it could be years before you exhaust the ever-expanding catalogue of established and newer distilleries. The technical craft is supreme, the reputation speaks for itself, and the bar is set high. For a new distillery the message is loud and clear: don’t bother joining in if you aren’t going to put in the effort.

Writing for Malt has spurred me on to explore more Australian whisky products in the last few months than I did in the previous 10 years combined. Readers of this site expect interesting and well-written articles. From my little niche in this corner of the globe, if I can bring anything different to the table, it is access to and knowledge of our local products.

However, my heart will always lay elsewhere. On balance, I am more passionate about what we import to these shores. I’ve dabbled with India (Paul John and Amrut), dallied with Taiwan (Kavalan), had a moment with Sweden (Mackmyra), gave Texas some appreciation (Balcones), greeted France with an enthusiastic bonjour (Armorik) and been known to enjoy the fruits of England (Cotswolds and the English Whisky Company).

When I browse my drinks cabinet, however, around 75% of the bottles come from Scotland… and why not? It is the birthplace of whisky (though Ireland also claims that title). The key, down here, is patience. Reading Malt, Whiskyfun, or any number of other blogs, the tendency is to get impatient for these releases to make it to Australia. Most do, eventually, after they find a local importer.

If you can’t wait, the alternative is to order directly from international websites. This isn’t uncommon among the local whisky community. The retail price – once converted to Australian dollars – can initially seem very good value, because if you set your location as Australia a UK website will exclude VAT.

However, the sting arrives at the Australian border, where alcohol importations are held by the Border Force. Your purchases are assessed for value and then the courier company will contact you to pay the determined amount to cover duty and taxes. If you do not pay, the goods will be returned to sender.

I tried this once in 2017 to see if it might be worth the trouble. I ordered two Whisky Exchange exclusive bottles, both around £120. The Australian Border costs ended up being an additional $150 Australian dollars, taking what was initially a good deal to about what I’d expect to pay if the bottles had ever made their way down here to a local retailer (which they wouldn’t have).

So, the appeal of ordering internationally is the chance to obtain bottles that otherwise we wouldn’t be able to access. I ordered the bottles on a Monday evening and they were in my hands by Friday afternoon; I’ve had slower deliveries from Australian websites! Overall, the experience was a positive one, however since then I’ve stuck with what makes it to the Australian retailers.

Bimber has finally made it here in the last few weeks – albeit an allocation from one single cask. We are still waiting on Waterford and Whisky Sponge. One independent bottler I had my eye on for a couple years now was Thompson Brothers. They’ve been well covered here on MALT, mostly through Jason’s writing.

Now we have Thompson Brothers releases in Australia too, through Melbourne based importer Select Spirits (an arm of The Elysian Whisky Bar). I’ve kept my eye on their releases and finally found one worth my money – a small batch Ben Nevis release. This was bottled at 7 years old and comes from multiple sherry butts. It was released at 50% ABV, enabling an outturn of 1,013 bottles. $175 (Australian dollars) is a little on the high side, but not unexpected. The particulars remind me somewhat of the North Star Chaos releases – small batches from a single distillery at 50% ABV.

On the nose: Eerily reminiscent of some Gordon & MacPhail Glenrothes I’ve had. Tarmac on a hot day, charcoal prawns from a street market, smoke coming off tyres at a drag race, butterscotch and boiled aniseed lollies. Seaweed in a freshwater estuary. Oyster sauce. Nosing this might’ve been worth the price of admission alone, but time to move on.

In the mouth: Raw, dirty and muddy, like a farmyard after some good rain. Such a thick, viscous mouthfeel. Sweet and sour sauce on Pad Thai. A variety of flavours from Asian cooking in fact – broccoli in soy sauce, Szechuan peppercorns, chili paste. I am also getting sundried tomatoes, peanut oil and beef stock. I am happy with the balance and don’t add water, though at 50% ABV it could likely take it.

There’s quite a bit of young Ben Nevis on the market – trust me, I snap up whatever comes our way. I wonder if it’s more resilient to being bottled in its youth than other distillate. Whatever the case, this shows me the value of ensuring I check the feeds of all Australian retailers as I would’ve loathed to let this one slip by.

Maybe this isn’t for everyone, but that’s the nature of reviewing: these are only my opinions and this might not work for you at all. But it’s a smart bottling from Thompson Brothers and an impressive first experience for me with their products.

* No one has ever asked me this.