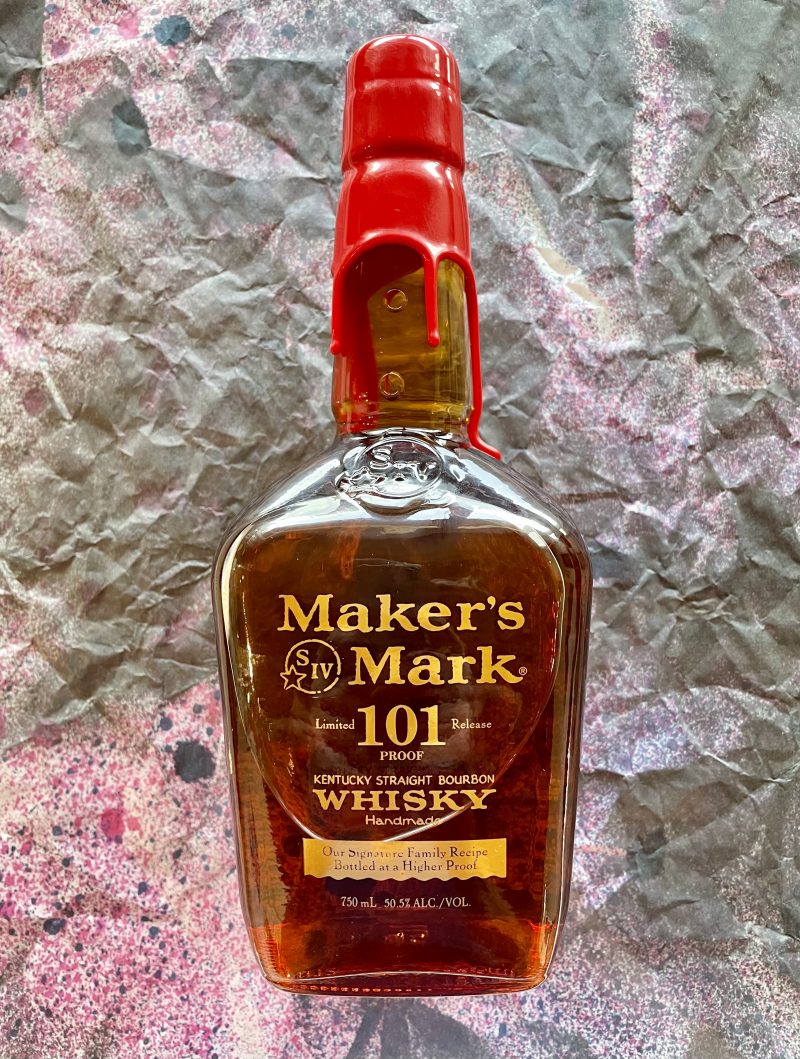 So went the tagline for a brand of potato chips which are, in fairness, addictively delicious. This same compulsive quality occurs elsewhere in the world. As the wheels get rolling, momentum builds, and we are propelled along by inertia. After some time, we look around and realize that we’ve got an empty Pringles tube and several dozen full bottles of whiskey on our hands.

I wonder if distilleries experience the same sensation as they expand their menu of offerings to consumers? “Of course not,” a skeptical reader might reply, “these are big companies with operational and marketing and finance professionals. They’re not just going to create an endless series of new releases with minor variations!”

However, I’m not so sure those factors are effective governors, based on the expression metastasis we see from major whisky and whiskey brands. Macallan might be the kings of the bloated portfolio, though Johnnie Walkerseems intent on giving them a run (walk?) for their money. Back here in the States, I have remarked beforeabout the variance between the relatively limited selection from certain distilleries in comparison to the overwhelming breadth of others.

Maker’s Mark used to be in the former camp, however my own sprawling set of Maker’s Mark bottles is beginning to argue to the contrary. Between the four to five yearly Cask Strength releases, the annual limited editions in the Wood Finishing series, the 46 Cask Strength Limited Edition, and the functionally unlimited variations in the Private Select program, it would be easy for a collector to acquire a double-digit number of bottles each year, without any duplication.

Added to that mix, we have the subject of today’s review: Maker’s Mark 101 Proof Limited Release. Initially launched in 2018 as a travel retail exclusive, 101 Proof became available domestically for the first time in 2020. The back of the box (101 Proof is the only Maker’s expression packaged thus, of which I am aware) has a quote from Rob Samuels which reads:

“My grandfather and our founder, Bill Samuels Sr., always liked the flavors released at this unique proof, so he set aside this bourbon for special occasions with his closest friends.”

That’s the hook, anyway. I’ve been a little skeptical of 101 Proof since its release. Though most folks who tried it seemed to enjoy it just fine, I struggled to understand the reason for its existence. A 750 ml bottle retails for around $40, compared to $28 for the normal Maker’s Mark (90 proof/45% ABV). It’s comparably priced to the Cask Strength expression, which typically carries a botting strength in the mid-50’s percent range.

Proof isn’t everything, but it’s also not nothing. In this case, 101 Proof is going to have to deliver a whole ton of flavor in order to be seen as anything more than yet another novelty “Limited Release” appealing more to FOMO and fanatical completism than value-minded whiskey shopping.

On the topic of value: 101 proof (50.5% ABV) is most commonly associated with Wild Turkey, whose mainstay expression is the bourbon that comes to mind quickest when most whiskey lovers hear “one-oh-one.” A bottle of that runs $22, adding yet more competitively priced competition to the mix.

On paper, the odds are stacked strongly against Maker’s Mark today. However, I’m reserving judgment until after tasting this. Let’s see if 101 Proof can make its mark?

On the nose: The expected note of brandied cherries is evident to start, accented by a hint of potpourri and a gentle touch of pine. There’s an airy sweetness of pavlova to this, as well as a subtly bitter, citric whiff of orange peel. This is all underpinned by a deft touch of stone and an uncanny, amusing note of pink pencil eraser. In total, there’s a good balance of aromas here that are all laced together very delicately. I am intrigued to find out how this translates on the palate.

The delicacy of the nose, which came off as elegant, feels more like weakness on the palate. This doesn’t taste like much of an improvement on your standard bottle of Maker’s Mark, though it is a fair bit more expensive. It’s not bad or obviously flawed whiskey in any way, it just doesn’t deliver anything extra for the price. As a consequence, I am docking this a point off of average.

If Maker’s is going to expand further, a Cask Strength Single Barrel is at the top of every fan’s wish list. Until then, I will be sticking with the Cask Strength batches and the occasional dalliance with the Wood Finishing series limited releases. Speaking of which…

As I remarked before, there’s a preponderance of Maker’s expressions to try. I’ve been gifted a few samples that I don’t think warrant standalone reviews, but on which my thoughts might be of interest.

The first is SE4xPR5, the 2020 Limited Release in the distillery’s Wood Finishing series, in which Maker’s is finished in a barrel to which ten extra staves are added. This is described as “a marriage of Virgin American and French Oak Staves.” Released at 110.8 proof (55.4% ABV), SRP for this was $60, at which price bottles might still be hanging around, based on a survey of stores in my area. On the nose: Roasty – rather than fruit forward – to start, this represents an immediate divergence from the Maker’s house style. There’s some toasted wheat bread and a creamy note of butter that are enlivened with spicy notes of fennel seed, ground nutmeg, coriander, and cigar box. Given a bit of exposure to air, this begins to show a soft, floral perfume note that is very pleasant.

In the mouth: A delicious kiss of ripe cherry creates a charming first impression as this meets the tongue. This moves toward more tartness as it progresses through the mouth, though the fruit flavors are still dominant. There’s a rich sweetness married with a woody bite and a peppery kick at the top of the tongue, when the elements here knit together most cohesively. As drying stony notes spread out toward the cheeks, the whiskey approaches the finish. At this point the cherry note turns medicinal, with some menthol flavors added in. This coats the back of the mouth and lingers with a sappy texture and, again, more of the thick cherry flavor.

Conclusions: Yummy whiskey, in the way that Maker’s fans love, with the added benefit of more nuances from the finishing staves. Particularly on the nose, there are some uncommon and captivating herbal and spice notes that set this apart from a normal bottle or one of the Cask Strength batches. I’m happy to have a bottle of this in reserve, as it’s one of the better Maker’s expressions and, as such, justifies its premium price.

The second of our extras is FAE-01, the first release (of a promised two) in 2021. In contrast to the 2020 release, this is all one stave type: in this case, ten Virgin Toasted American Oak staves. The press release further explains:

Per the official materials, this is designed to showcase more of the fatty acid esters (hence FAE) that remain in the whiskey when it is non-chill filtered. Verbatim:

“Nonchill-filtering allows long-chain fatty acid esters (FAEs) to remain in the liquid, which contributes to the creamier mouthfeel and helps preserve and elevate the fruit notes.”

This is bottled at 110.6 proof (55.3% ABV). SRP is around $70; I still see these with relative frequency on store shelves at that price. This was a sample from Ryan, however, and he has my thanks. On the nose: Plumper at first than its predecessor, this marries some subtly fruity notes with an exotic spiciness and a dry, woody character. With some time in the glass this starts to present as more juvenile, with the wood taking on a green, astringent quality. I get a faint accent of vanilla, but there’s a continual return to that young wood note. After a few more minutes, restrained dried fruit notes of raisins and dates emerge, but there’s nothing like the signature Maker’s cherry burst. Revisited later, I am nosing a distinct peaches and cream aroma, but still no cherry.

In the mouth: Very lean upfront, this has an off-bitter woodiness that never really abates. The raw wood effect is very pronounced from the minute this hits the tongue, all the way through the comparatively short finish. It also crowds out most of the other flavors. I strain to discern a vague nuttiness at midpalate, while there’s a dried floral note of potpourri that emerges long into the finish… and that’s it. The high proof is more evident here, imparting an anesthetic numbness to the lips and mouth after repeated sipping.

Whereas the SE4xPR5 started with relative restraint and then bloomed over time, this FAE-01 seems to go through that process in reverse. An initially exuberant nose was gradually overwhelmed by the wood, which was allowed to dominate completely on the palate. Maker’s Mark has long experimented in private, but not all experiments end successfully, and I’m surprised that this one was allowed to see the light of day with a general release. I was considering the purchase of a bottle before I tried this; now that I have tasted it, I’ll be steering clear.

This latter component is interesting, as it has recently become excluded as an option in the Private Selection program. Maker’s Mark’s own website explains:

“Any existing participants of the Maker’s Mark Private Selection who have previously used Mocha in their recipe will be able to recreate that recipe. The Mocha stave is archived as of February 2021 and not used in new recipes.”

Inquiring with some knowledgeable friends, I am informed that this decision was made in order to keep the program fresh. I don’t believe that the French Mocha-heavy Private Selections have yet become collectors items, but those that enjoy this taste profile might want to secure a spare bottle, just in case.

Back to the whiskey at hand: presented at 54.5%, I will be scoring this using a price of $70, which is what my local store currently charges for their ten (!) Private Selection offerings. This was a sample courtesy of Dave; cheers to him! NB: This is an example Private Selection bottle photo and does not depict the specific recipe being reviewed.

On the nose: Like the FAE-01, this has a peach note, but in this case it’s a more sour, underripe peach. I’m getting more tart fruit, like green grapes and gooseberries, before the late arrival of a creamy vanilla note. Green, vegetal scents of aloe vera swirl around, as well as lemongrass and a faintly spicy accent of caraway seed.

In the mouth: Surprisingly luscious to start, this had a rounded, polished woodiness married to a plump fruitiness that comes across as very luxurious. This abates somewhat at midpalate, where cocoa meets a piquant herbal flavor of fenugreek. This has an sweetly aromatic bloom of flowers and vanilla as it approaches the finish. That sour stone fruit returns again in the form of an underripe apricot. This fades abruptly into the finish, which is the lone nit to pick.

This is a good example of a solid Private Selection, in the sense that finishing with the extra staves imparts some unique character not usually found in any of the mainstay Maker’s expressions. It may not be to the tastes of everyone, but I found the fruit and herb notes to be interesting. I’d be on the fence about whether to purchase a bottle of this myself; if it were a pick from a local retailer I wanted to support then I would probably spring for one, but I wouldn’t be running back to grab a second. To reflect that, I am awarding this an average score.

Lead photo by Taylor. Other photos courtesy of Maker’s Mark.